How America’s Love for Spicy Tuna Rolls Is Killing Sharks 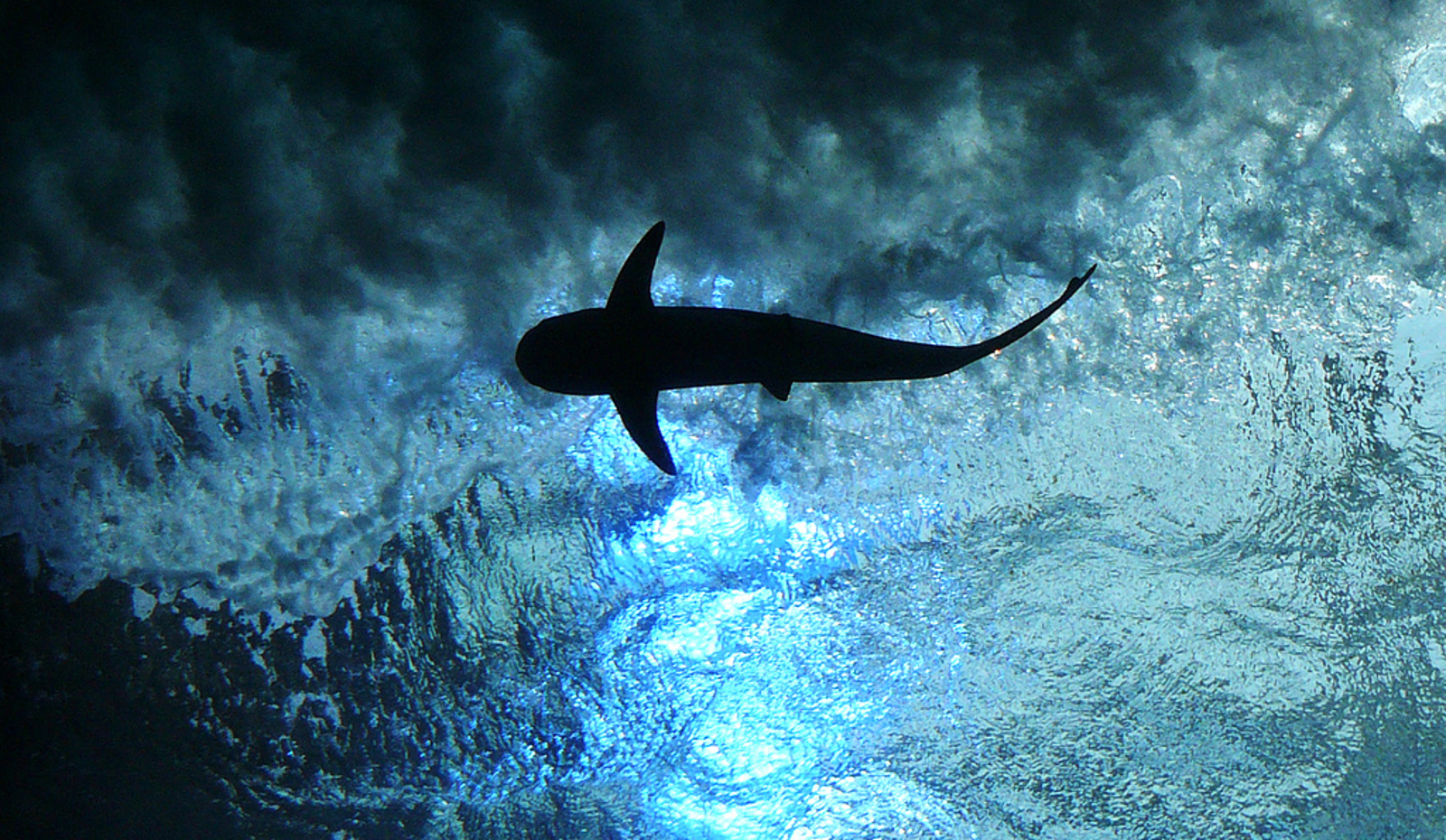 If you look at the statistics related to the decline of marine species within the last 40 years, it becomes abundantly clear that our oceans are in serious trouble: Around 50 percent of marine life has disappeared, 80 percent of global fish stocks are fully-to-over exploited, possibly most shocking of all, 90 percent of large predatory fish have also vanished.

Now, you might be thinking that this is, in fact, startling, but what does this have to do with you – and/or – what can you do about it? Well, it turns out, this has everything to with us as the cause of this incredible drop in marine species can largely be accredited to our insatiable appetite for fish.

While our overall consumption habits have taken a toll on the oceans, the relationship between our love for spicy tuna rolls and the decline of the sharks species is especially troubling. Although sharks are typically thought of as the top predator of the oceans, they are no match for longlines and illegal fishing operations.

Overfishing to meet the demands for tuna impacts more than just Yellowfins and Skipjacks. It is common practice in the tuna industry to use longlines consisting of a continuous trail of fishing line with hundreds or thousands of baited hooks attached, to catch the most tuna possible. The hooks do not discriminate, however, and are the source of death for many other marine animals including sea turtles and sharks. With millions of sharks already being targeted by the shark fin industry, the extra deaths attributed to longline tuna fishing are not welcome news. According to Sea Shepherd, “an estimated 50,000,000 sharks are caught unintentionally as bycatch by commercial tuna and swordfish fisheries using long lines, drift nets, purse seine, and gillnets.” 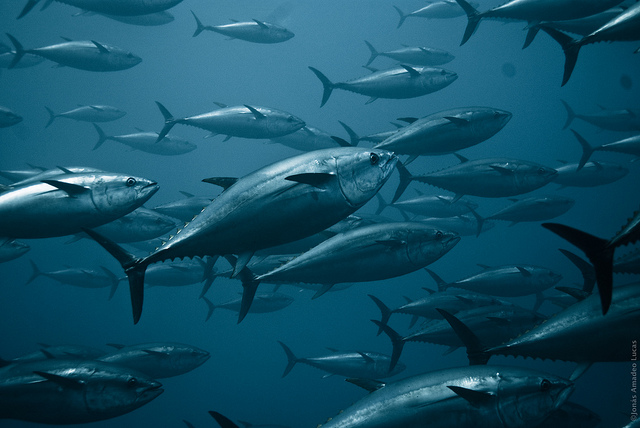 While this is incredibly disturbing on its own, when you consider that many of the tuna fishing vessels that are responsible for this enormous amount of bycatch are also buying into the illegal shark fin trade.

Greenpeace has been vital in helping shine a light on this disturbing activity in their investigations of tuna fisheries in the Pacific. Boarding ships sailing under the Chinese and Taiwanese flags had them discovering fishing log books that appeared to be falsified, and a store of shark fins onboard in place of the tuna the crew claimed to be fishing for.

With a steady supply of bycatch sharks being hooked every day, small fishing vessels are often enabled by larger motherships that help keep the tainted fishing practices afloat. The tuna and shark fins gathered from the sea are off-loaded onto the motherships in a process called “transshipping,” allowing the smaller vessel to remain active for longer without being weighed down by its catches. Transshipping is banned in many circumstances, but there simply is often no authority available to make sure these rules are followed. With a lack of enforcement on the wide open ocean, tuna fishing boats are able to get away with actively finning sharks and, in effect, putting entire marine ecosystems at risk in response.

Tuna, Sharks, and You

Although transshipping might happen far out in the Pacific Ocean, the results are ending up on our tables here in the U.S. According to the WWF, “The U.S. alone imported 314,863 metric tons of tuna worth $1.3 billion in 2010.” Meaning our demand is driving this extremely unsustainable industry, and similarly, it is driving the impact that is happening on the ocean ecosystem.

Sharks occupy an important place in marine food webs as apex predators. This means they have few or no predators themselves. By consuming a variety of prey, they help maintain a healthy population size of their prey species within the ecosystem. Such a service is valuable as it helps keep all prey species from growing to population levels that aren’t sustainable. With 465 shark species known to inhabit our world’s oceans, 74 are already threatened and 11 of those are considered “critically endangered” by the International Union for Conservation of Nature (IUCN).

When the shark species goes, the entire ocean ecosystem will follow. For people, this means no more tuna tartar, no more sushi rolls, and plenty  of much, much more dire consequences.

But as we are complicit in the decline of tuna and sharks, we also have the power to turn things around. By lowering or eliminating your consumption of tuna, you can help save shark species from the brink of extinction and put an end to the systematic destruction of our world’s oceans.

Given what we know about the impact of our tuna habit and the fact that there are countless alternatives to this one food, our choices hold a grave responsibility.

The first step to making a difference for the worlds oceans is education, so share this post with everyone you know. Once you share, check out these amazing fish-less recipes.