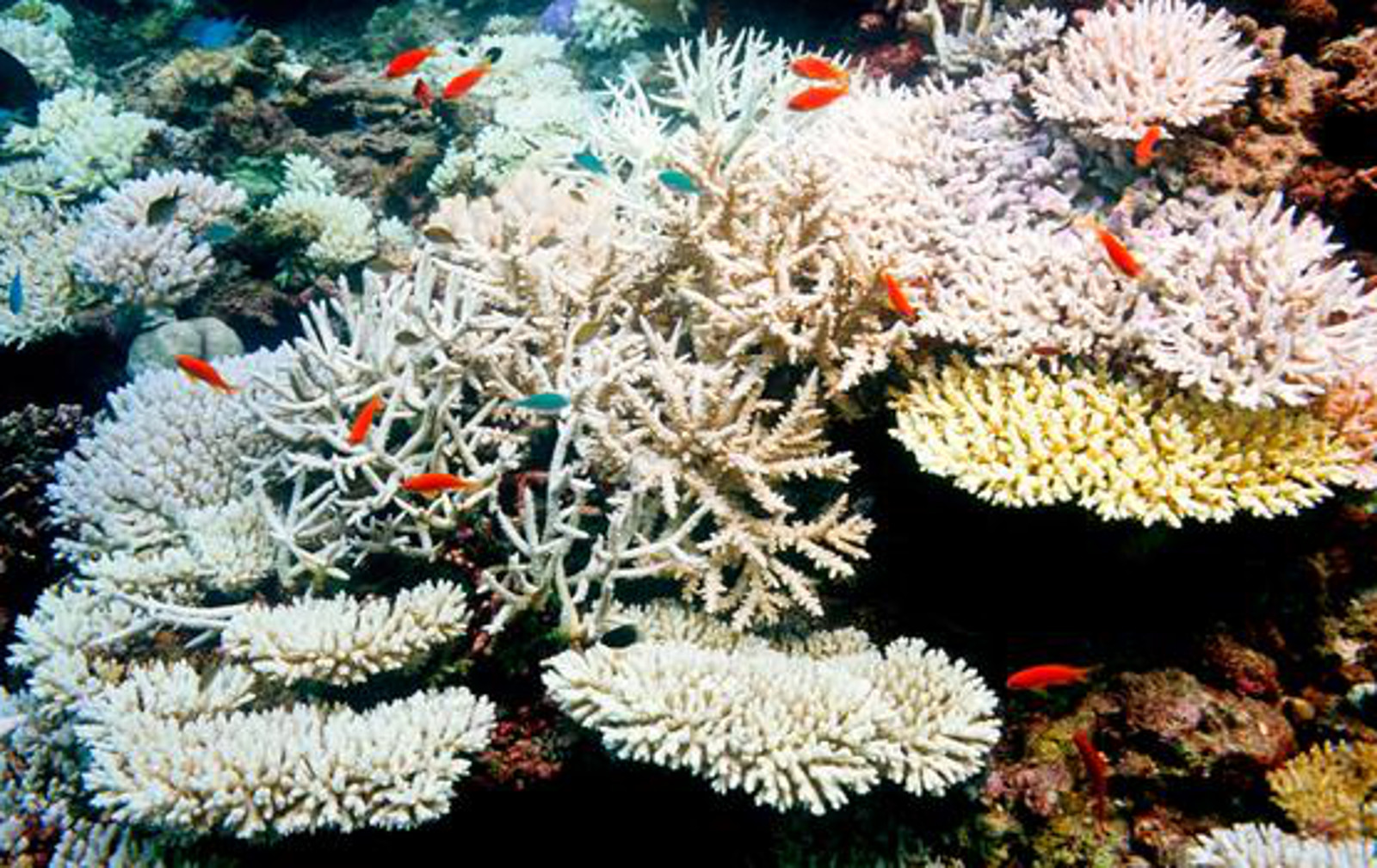 Coral reefs, some of the Earth’s most remarkable natural structures, have more than aesthetic significance. These tiny animals support lifestyles of thousands of other species, including the species that pose the greatest threat to corals: humans.

Many reefs have lost 40-50% of their corals in the past 30 years according to the University of Columbia, due to detrimental human activities, as well as natural phenomena such as hurricanes, cold weather, and altered salinity. Examples of harmful human activities include deep water trawling, using cyanide and explosives, heat pollution from power plant factories, human debris, oil spills, reckless tourism, and harvesting corals for the aquarium hobbyists.

Ocean acidification and coral bleaching are serious threats to coral colonies. Warm water conditions cause zooxanthellae (algae that should be BFFs with coral) to leave their symbiotic partners (coral), resulting in corals losing their beautiful colors. Though corals do not die from bleaching, they are highly susceptible to stress and disease. Due to ocean acidification, caused by increasing levels of pH from carbon dioxide, corals are unable to effectively absorb calcium carbonate to maintain their skeletons. Thus, corals become damaged or destroyed.

What are coral reefs and why should we be concerned about them? Corals are made up of polyps, tiny individual invertebrate animals in the phylum Cnidaria (they are related to sea anemones). Colonies of these polyps make up coral reefs, which are often considered oceanic “rainforests” due to their ecosystems’ incredible productivity and species diversity. Coral reefs not only provide homes to over 4,000 species of fish, they offer numerous benefits to humans as well. Furthermore, coral reefs act as buffers along shorelines from wave action, preventing erosion and protecting lives.

Determining which species will be lost if coral reefs cease to exist is difficult to speculate. Is it possible to identify the full extent of consequences of losing an ecosystem before it is lost?  Probably not, but we might assume species such as these might face extinction without their coral habitats: 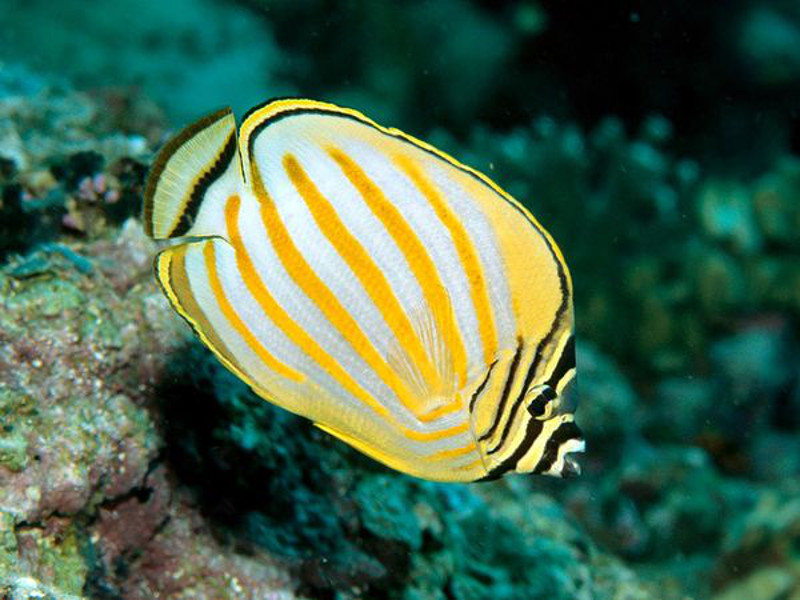 Species of fish that are obligate corallivores, such as many butterfly fishes (Chaetodontidae), feed exclusively on coral polyps. Obviously, survival would not look good for these fish if their food source disappeared.  Like parrotfish, butterflyfish assist in keeping algae from smothering corals. 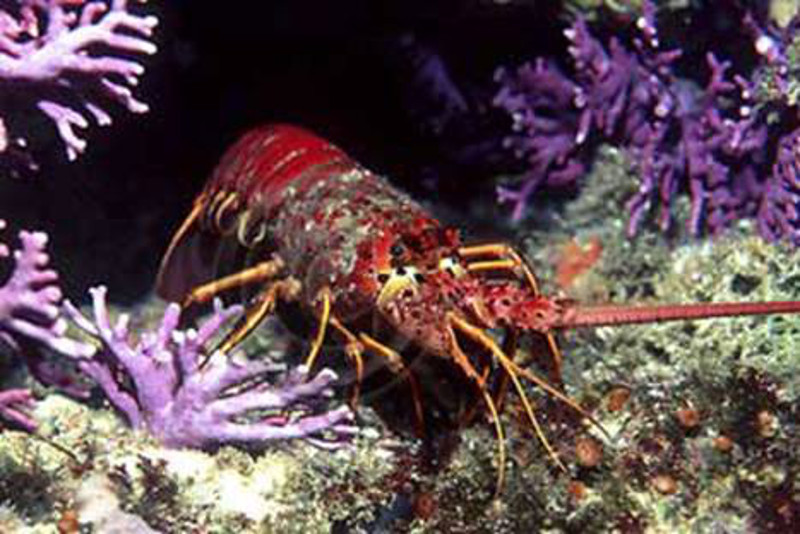 Spiny lobsters rely on coral reefs for protection, especially during their vulnerable molting episodes. These lobsters have a significant role in maintaining a balanced ecosystem. Like sea otters, spiny lobsters are predators of sea urchins, which feed on kelp forests and can destroy them if populations are not predator-controlled. Kelp is important for many reasons, including those listed on OGP’s kelp recipes. 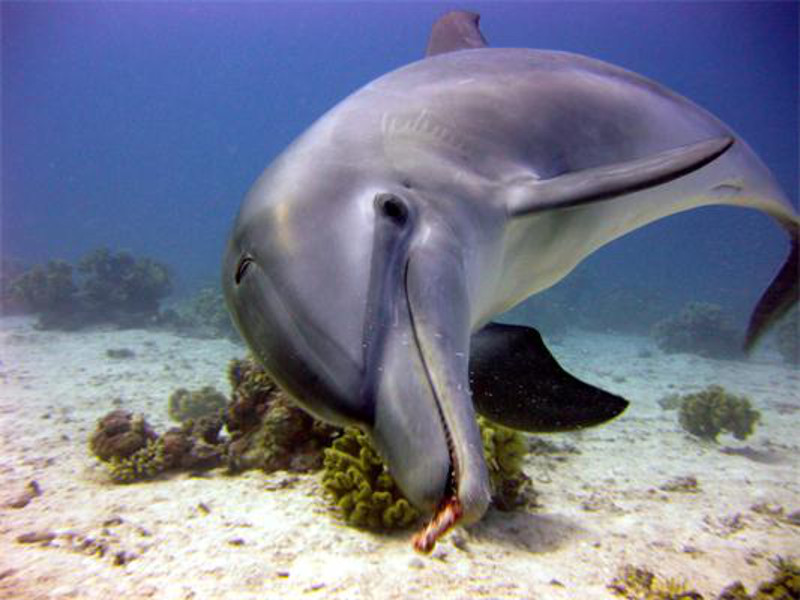 Many scientific studies have substantiated that dolphins and whales have extreme emotional intelligence. Sadly, their intellect won’t be enough to help these animals if coral reefs are destroyed. Dolphins and most whales (cetaceans) are predatory animals and they are all carnivorous. It’s a fish eat fish world and many fish survive by consuming fish that rely on coral reef habitats. Every species lost will affect another…and another…and many others. 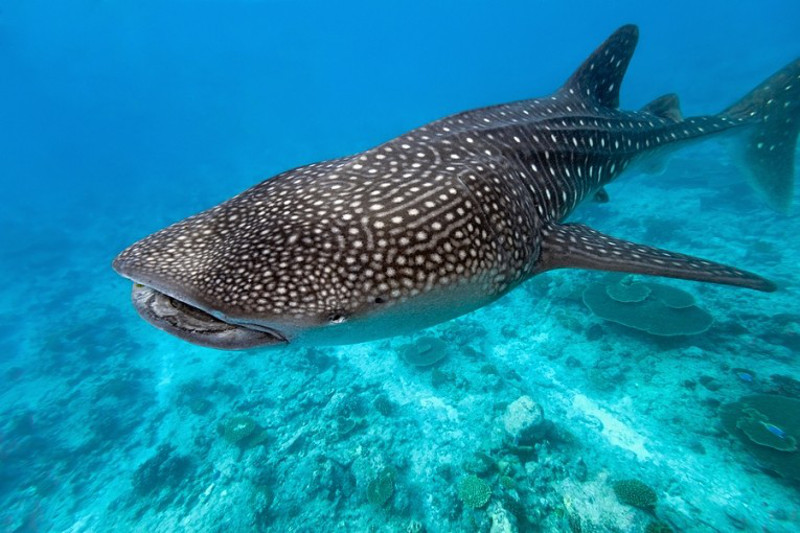 Sharks have been given a bad reputation, mainly through Hollywood films, but did you know that the largest shark in the world is completely harmless to people, feeding on plankton? Whale sharks are an important indicator of marine productivity and have a role in the conservation of other marine organisms. Although there has not been adequate research to understand why whale sharks are dependent on coral reefs, it has been shown that decreases in whale shark populations in the late 1980’s and early 1990’s may have been linked to increased rates of coral destruction. 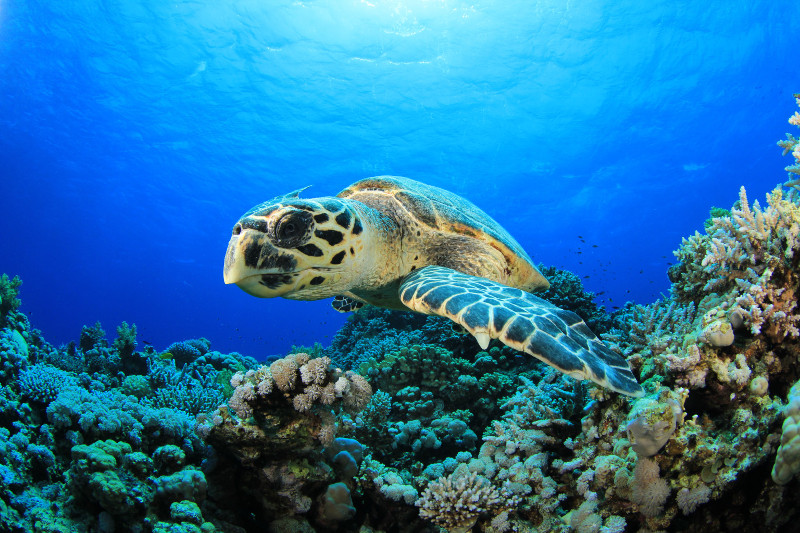 Although all sea turtles would be affected by the loss of corals, Hawksbill sea turtles have become critically endangered species and are highly dependent on coral reefs for their food sources, mainly consisting of sponges. Sea turtles play significant roles in their ecosystems in that they help with nutrient cycling from ocean to land, maintaining healthy sea grass beds, and balancing food webs.

At the current rate of coral reef degradation, it is estimated that 60 percent of the world’s reefs could be lost within the next 30 years, but…

There is Good news!

YOU can help to protect coral reef ecosystems! In fact, there are hundreds of ways you could help. Coral reefs, the species listed that depend on coral for their hope of survival, the thousands of other species that love their coral homes, and even humans like you will thank you for: