8 Times Humans Interacted With Sharks and Something Beautiful Happened

Ever since the first shark attack in 1916 off the Jersey Shore, humans have become enthralled with the dangerous shark species. This fascination is driven by equal parts wonder and fear, that has molded how we think and feel about sharks writ-large. Unfortunately, more often than not, the overwhelming fear of sharks outweighs our curiosity for knowledge about the species. Rather than educating people on shark behavior and proper protocol for interacting with sharks, mainstream media appeals to our baser fear of shark attacks highlighting the danger and “unpredictability” of shark attacks.

Before sharks were classified or understood by the scientific community they were labeled “man-eaters” because that was the only term to describe the mysterious creature swimmers encountered in the early 1900s. This term infers that sharks possess the intention to consume humans, further in the 1950s, scientists suggested that sharks can “go rogue” and develop a taste for human flesh–this has been proven to be false and misleading.

Yet, it is these incorrect classifications of sharks that prevail in today’s mainstream ideology, and it has proven incredibly detrimental to sharks.

Naturally, when threatened with uncertainty and indefinite death when in the water, the human reaction is to eradicate any such threat in an effort to restore a feeling of safety (just look at what’s happening in Western Australia). The result of this effort to make humans feel safe in while out at sea is more devastating to shark populations than most people even realize. On average, 100 million sharks are slaughtered every year. Between deliberate culls, bycatch, the shark fin trade, and many other methods, the ocean’s top predator, the shark, is being rapidly removed from the face of the Earth.

The result of the loss of sharks is nothing short of devastating. Sharks moderate the ocean’s ecosystem and without them entire marine systems have collapsed and will continue to do so until shark populations are restored.

In an effort to raise awareness for sharks world over, here are a few examples of the many human-shark interactions we never hear about on TV–the beautiful ones. For every deadly shark encounter we hear about (rare as they may be) there are hundreds–if not thousands–of interactions between humans and sharks that do not result in any sort of injury (to either species!). So check out this list and pass on the word! Sharks need our help and there is no better time than Shark Appreciation Day to show the world the beauty of this misunderstood species.

1. The jaw-dropping beauty that transpires everytime Madison Stewart dives into the ocean

2. This video of a woman dancing with Tiger sharks (this species is considered the most ‘deadly’ by humans)

3. This precious music video made by an 11-year-old called “My Response to Shark Week”

4. When photographer Thomas P. Peschak showed us a surfer and shark swimming side by side.

6. When this diving crew got up-close and personal with Hammerhead sharks 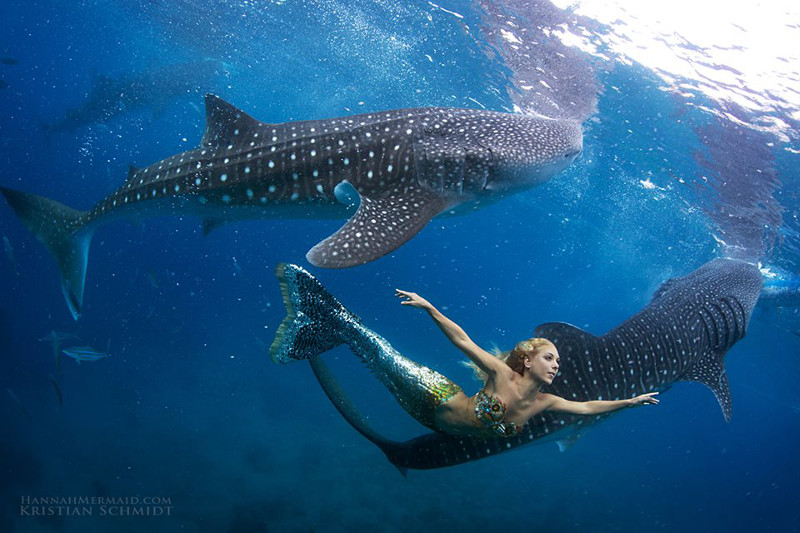 8. This paddle boarder glides right over a shark and both make it out safely