The Mermaid Speaks: Why You Need to Take a Stand to Help End the Australian Shark Cull [PETITION] 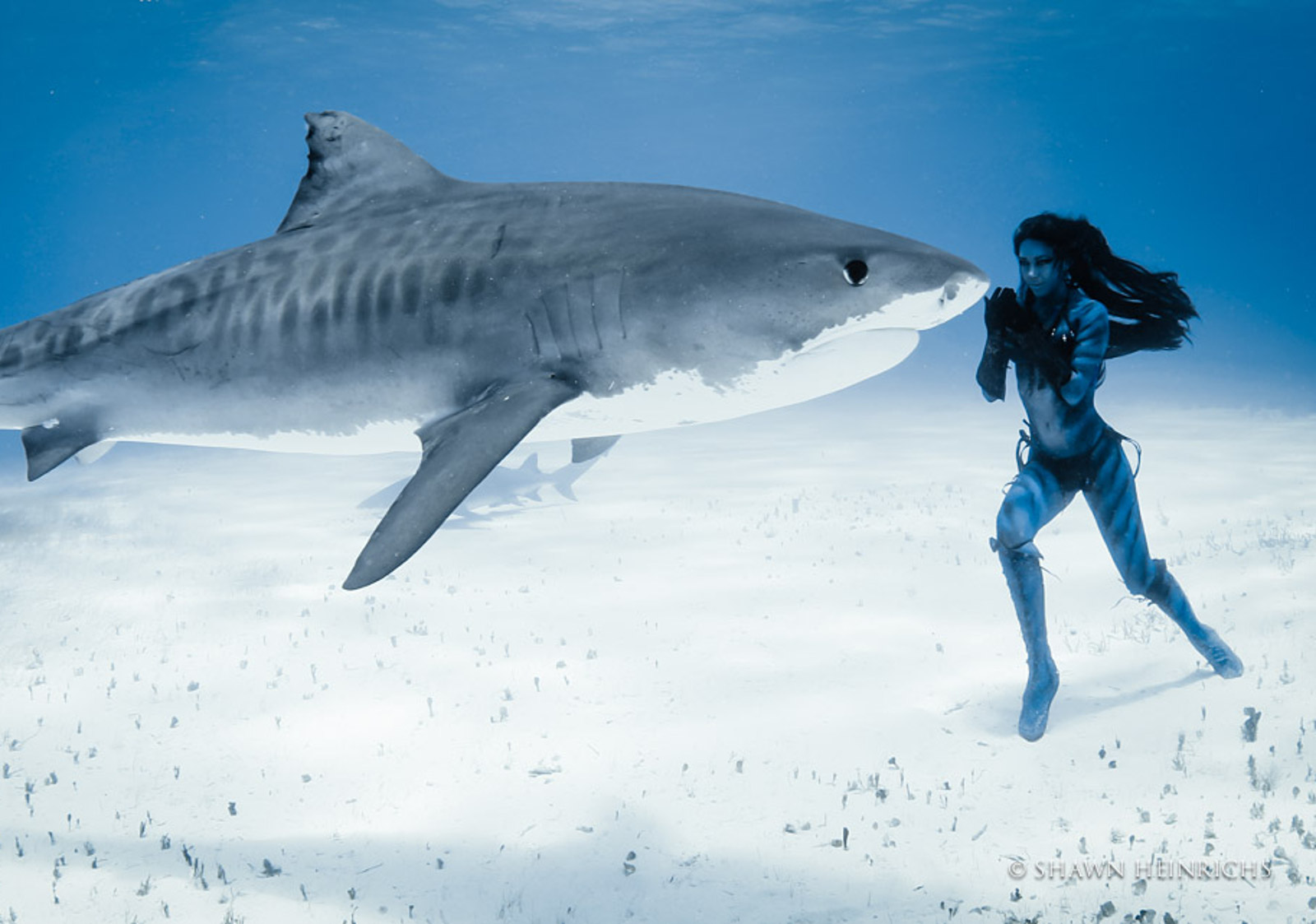 Every year, 100 million sharks disappear from our oceans. Ripped from the water by nets, drowned in drum lines, and killed with shotguns, sharks are the victims of human violence and recklessness every single day. Sharks are top apex predators, that play a critical role in maintaining healthy underwater ecosystems. Without sharks, our oceans are poised to collapse beyond repair.

This, however, is not the story of sharks we are used to being told. We are told sharks are to be feared; they are ruthless, blood thirsty monsters that attack innocent humans and therefore they need to die. This is the story we know and hold on to so dearly because our fear has lead us to believe that the shark is the enemy. End of discussion.

This fear of shark attacks is precisely what led the Australian government to sanction a shark cull across the Western coast of their nation. Over a period of three months, over 1,000 sharks have been killed off the southwest coast of Australia and the Department of Environment of Western Australia intends to continue carrying out culls like this one for the next three years.

There is a gross injustice being done to Australia’s shark populations, one that could have devastating consequences for years to come if action is not taken now to end the cull.

A Lesson From a Mermaid

Hannah Fraser, a native Australian, is taking up the call to help change the negative perception given to sharks. Literally risked it all, Fraser dived to the bottom of the ocean to dance with a group of Tiger sharks. 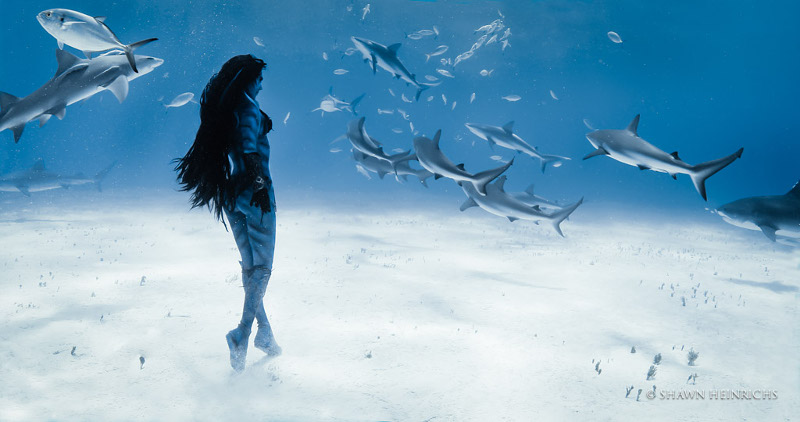 Now, Fraser is not your everyday marine conservationist. She is also the world’s foremost underwater model and a real life mermaid, but this incredible feat demonstrates that if we set aside our fear and spend some time learning about sharks and their behaviors the outcome can be amazing.

Fraser’s dance with Tiger sharks is part of a larger documentary series called, “Tears of a Mermaid.” Fraser tells OGP, “All of the groundbreaking short films and amazing photographs Shawn and I have created have been aimed at inspiring change and creating direct action for ocean conservation. Joining forces with Mctrax Media to create ‘Tears of a Mermaid’ film creates a strong platform to share our message of caring for the eco-system and finding ways to harmoniously connect with magnificent sea creatures.”

Her dance with Tigers required over a decade of breath-holding experience, special free-dive training, and an in-depth understanding of the behaviors of sharks. All challenges that Fraser took on with astonishing ease. 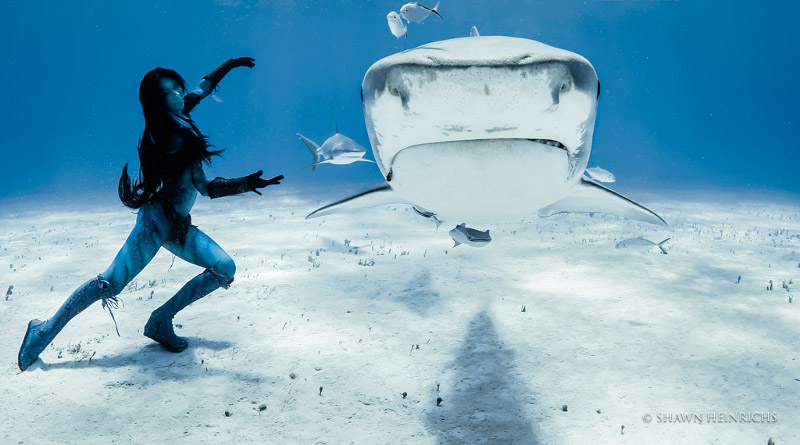 “I was feeling very anxious the first time I got in the water with the tiger sharks!” Frasier admits, “As I clung to the arm of my safety diver and watched the seasoned shark divers interact with them I began to realise that the tiger sharks were more aware; more intelligent and interactive that I expected.”

Learning to understand these creatures and how to interact with them is by far the greatest challenge that Fraser faced in completing her record-setting dance. Respecting these 15-foot predators is absolutely essential when submerged in the middle of their territory.

Fraser tells OGP,”They seemed to know beyond a doubt that we were not on their menu. After learning their behavior, I didn’t find them to be threatening and scary, yet I never forgot the danger represented by being in the ocean with one of the world’s biggest apex predators.” 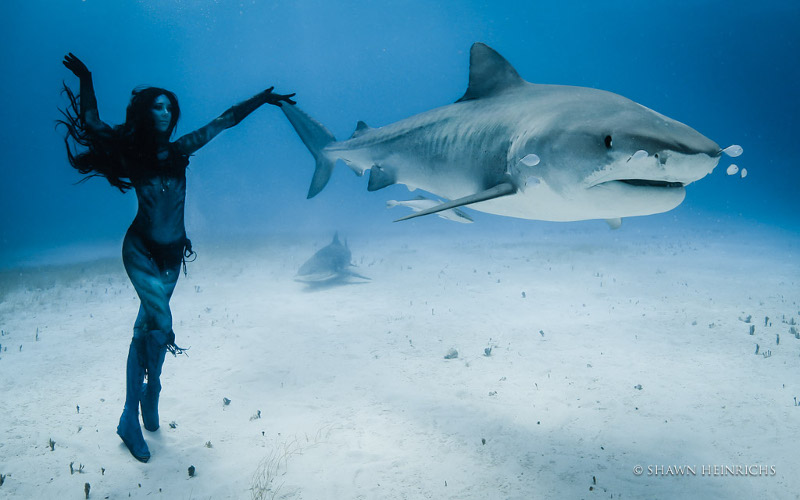 Most people fear shark attacks because they have no understanding of how the mind of a shark works. From a logical standpoint, most sharks never interact directly with human beings and vise versa, so when direct contact does happen, it is important for humans to know what will trigger a reaction.

Fraser explains, “finding out what triggered them to use their mouths and teeth to inspect or react to situations,” was part of her training, most importantly she learned, “how to avoid doing any of those actions or movements!”

The precautions she took included, “[avoiding] wearing anything light colored because that may catch their eye and look like a little fish, causing them to bite by accident.”

Possibly the most magnificent part of Fraser’s dance was when she was able to make contact with the sharks, brushing their fins and touching them on the nose. 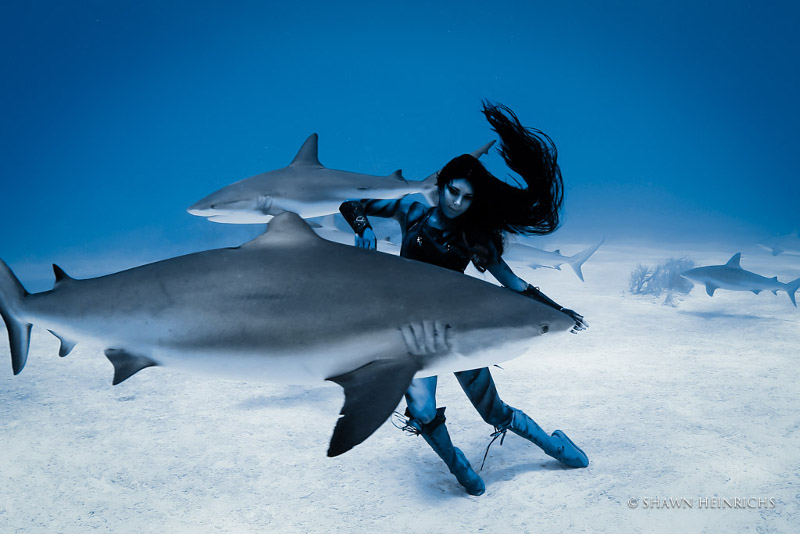 Fraser tells OGP, “I learned how to touch them in the right way to allow a connection that they felt comfortable with, and amazingly enough, I found out that they actually love being tickled on the nose!”

Change Starts With YOU

As we can learn from watching Fraser’s dance, incredibly things can happen when we set aside our fear and allow sharks the respect they deserve. In addition to making this film, Fraser is stepping up for the cause to end the Australian shark cull through a petition on Change.org.

Fraser risked her life to protect thousands of sharks from the cull, for all you Green Monsters who are a little less daring, follow this link to sign the petition. It’s time to end the war on sharks.