How to Make Vegan Seafood Dishes Without the Fish

It was only a few years before I became vegan that I began to like eating fish. As a child and as a teenager, I refused to eat any seafood other than tuna – canned tuna – in sandwiches. Later, however, I came to love eating shrimp, salmon, catfish, sole, and calamari. I thought I was making the healthier choice by eating fish, but there was a lot I didn’t know then. What I did know was that fish are not vegetables, and so when I became vegan, fish were off the menu. But I missed some of the dishes I used to eat at my favorite seafood restaurants, so the challenge was on to recreate them myself in a cruelty-free way.

The challenge was made bigger by the fact that I had rarely cooked fish at home. That meant I had to first learn how my favorite seafood dishes were made and then learn to veganize them. Luckily for me, veganizing old favorite recipes is my specialty. It didn’t take long to figure out how to have those flavors of the sea without the fish. If you have been missing seafood, you can have those tastes back again and leave the fish in the sea where they belong.

1. Choose the Right Protein for the Dish 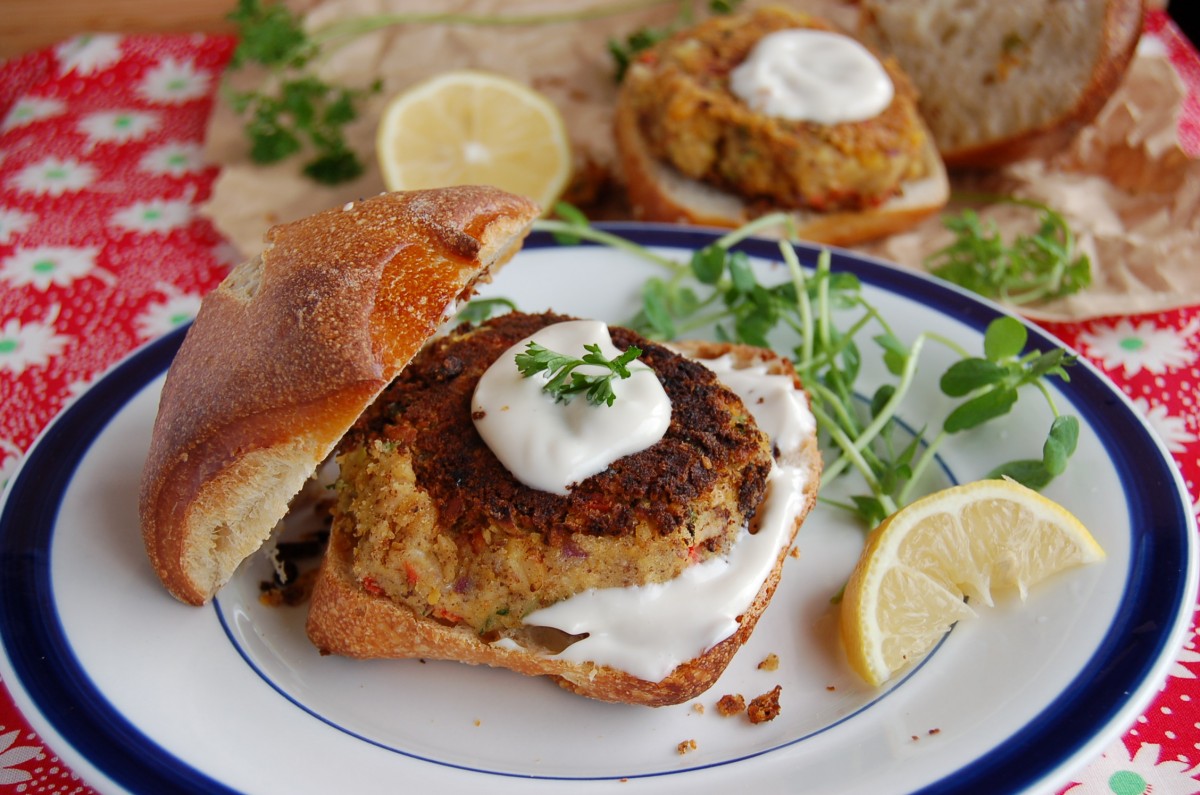 When you veganize any dish, it’s important to choose the right ingredient that will stand-in for the animal product you’re leaving out. In the case of seafood dishes, you will want to emulate the texture of whatever fish was in the original recipe. If you want a chewy, flaky texture, choose tempeh. It makes perfect “fish” fillets and “fish” sticks. I also prefer tempeh for making vegan “crab” cakes because its texture is more substantial than tofu or beans. When a dish needs a smoother but solid texture as in vegan scallops, tofu that has been pressed really well is my choice. Tofu also is a great choice for vegan “shrimp,” but oyster mushrooms would work well for that too. For a softer texture, such as vegan “tuna” salad or Gefilte “fish,” chickpeas are a great stand-in. 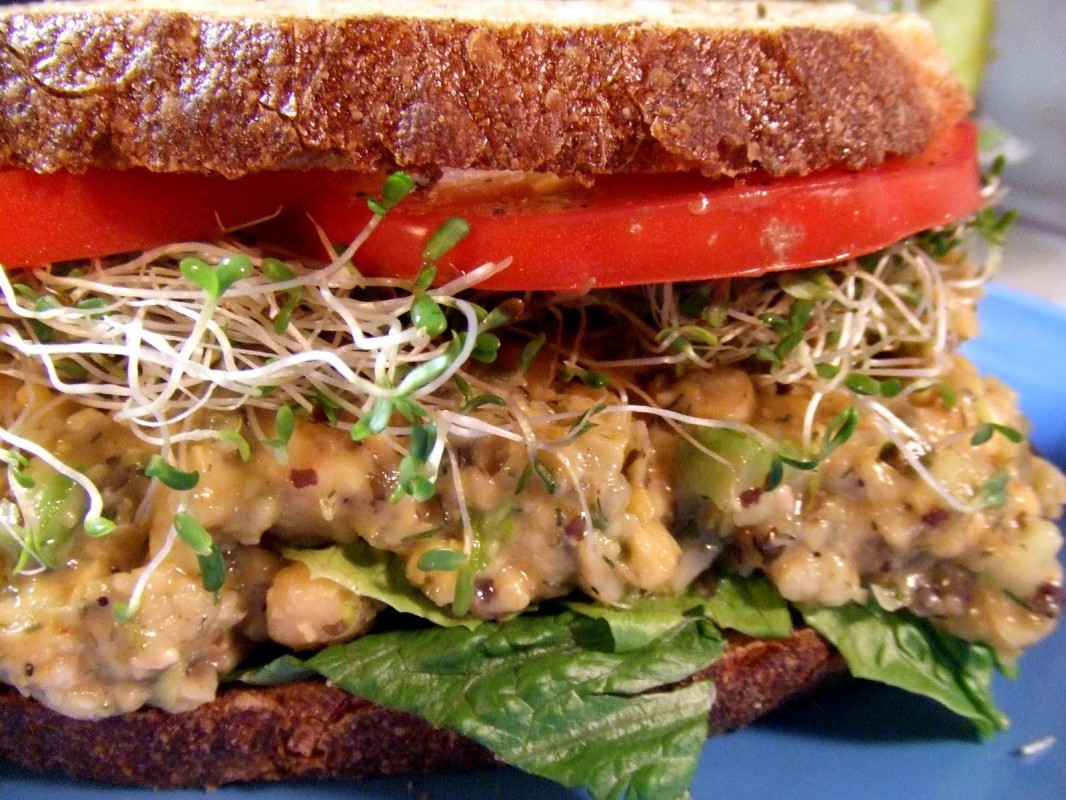 Most of the foods we like are not about the “meat.” Besides the texture, they are all about the spices and flavors we add to them. In making vegan “fish” dishes, it’s important to get that taste that reminds you of the sea. The 3 ingredients I add to any vegan seafood recipe is what I call the “Sea Trinity” – Old Bay Seasoning, seaweed, and lemon. Old Bay Seasoning is a combination of a bunch of herbs and spices and is commonly used in seafood cooking. You can add seaweed, which really gives you the taste of the ocean, by adding kelp flakes, dulce flakes, or crumbled up pieces of seaweed. Lemon zest and juice, whether in the recipe or added at the end, is also reminiscent of many seafood dishes. Besides the Sea Trinity, other spices such as dill and celery seed are also often used in recipes such as vegan “tuna” salad.

3. Prepare the Dishes As You Would the Originals 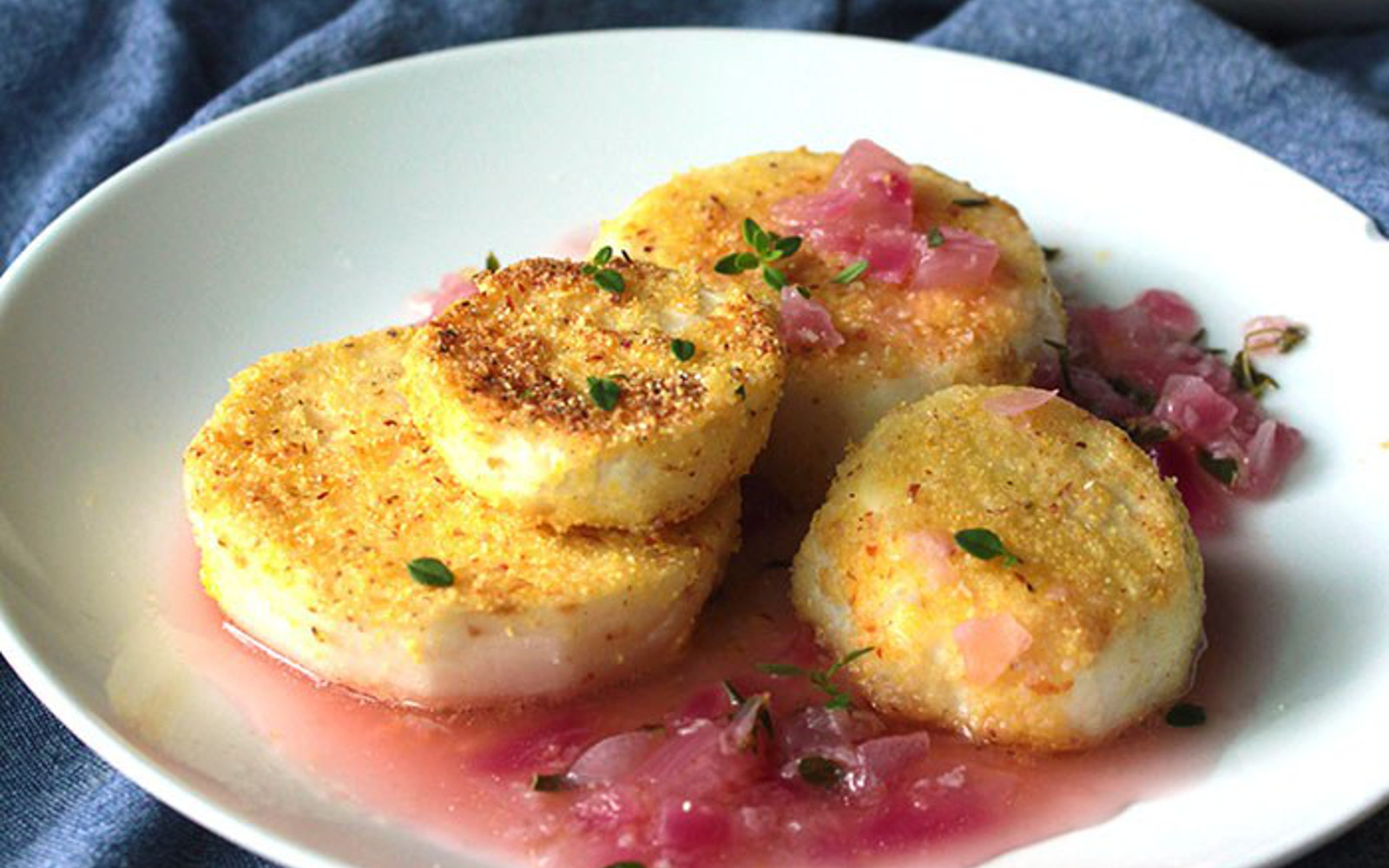 Even though I didn’t cook fish often, I learned how all my old favorite dishes were made and then used those methods to make my vegan versions. When I wanted vegan “fish” fillets for “Fish” and Chips, I used a thick batter made lighter with baking soda and seltzer so that when I fried them up, they tasted just like the fish and chips I used to order in Irish taverns. I had never eaten, let alone cooked, scallops in my life but I had watched years of young chefs being yelled at on TV for not cooking them properly. So when I created my vegan tofu scallops, I employed the methods I had learned from the masters – make sure they are patted really dry so you can get a proper sear in the pan; once you place them in the pan, don’t touch them until you see the ring form on the side; be sure to baste them with vegan butter. They came out so perfectly, I have had people tell me that they taste exactly like scallops. Success!

4. Use Condiments and Sauces Normally Found in Seafood Dishes 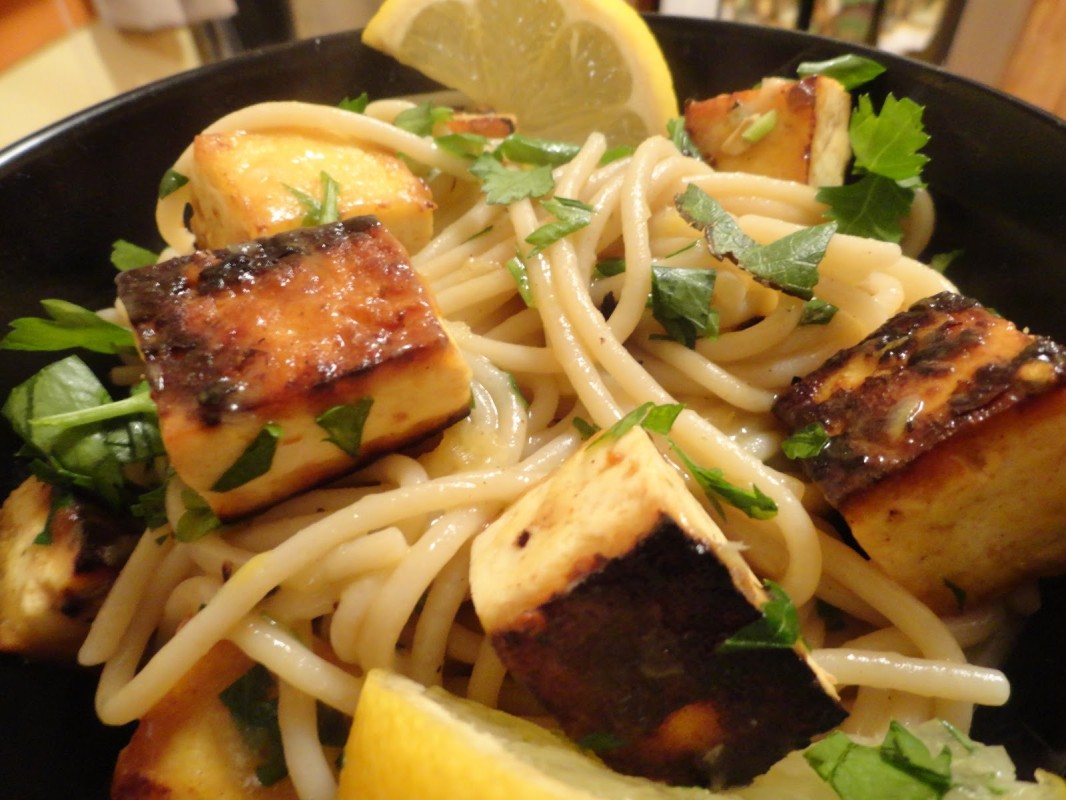 Seafood dishes always come with condiments on the side. These flavors are also important to relive that seafood experience. When you make vegan “fish” and chips, whip up a quick tartar sauce by mixing one cup of vegan mayo with 2 tablespoons of unsweetened pickle relish and the zest and juice of a lemon. Tempeh “Crab” Cakes go perfectly with a Horseradish-Dill Mayo that’s as easy as adding 3 teaspoons of prepared horseradish, one teaspoon of dried dill, one teaspoon of hot sauce, and a few scallion greens to some vegan mayo. Serve your vegan Gefilte “fish” with the classic side of prepared horseradish. As for sauces, nothing is more decadent than a rich, buttery scampi sauce. Whether you make a simple one with white wine, vegan butter, garlic, and lemon like my Tofu “Shrimp” Scampi or a spicy one with hot peppers and olives, you will feel like you are back at your old favorite restaurant by the sea.

To date, I have recreated seven seafood dishes, most of them are old favorites and a few that are now new favorites. By using the right main ingredient, the appropriate flavors, and spices, cooking them the way the original versions would be cooked, and serving them with amazing condiments and sauces, it’s easy to get those familiar seafood flavors in a compassionate, cruelty-free way.