Are There ‘Plenty Fish in the Sea’? How Our Appetite for Fish Impacts the Marine Ecosystem 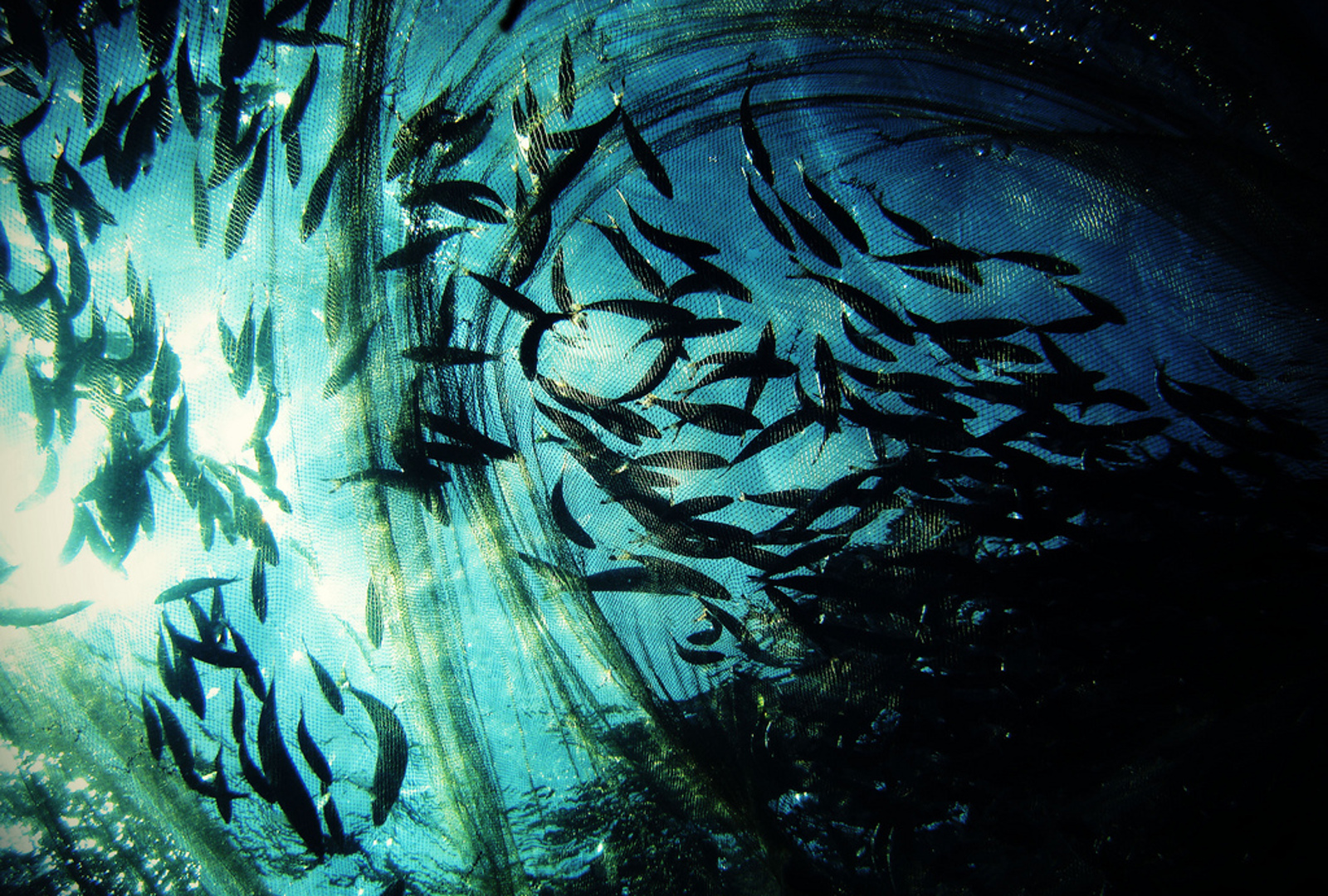 When people begin to move towards eating less meat, one of the animal products that tends to be last to be dropped (if at all) is fish and other “seafood.” So common is the phenomenon of rejecting all meat other than fish that those people who subscribe to this diet are referred to by the widely-recognized label: “pescatarian.” Operating under the impression that consuming fish is less resource intensive than eating animal products like beef, chicken or pork, this sort of diet is often marketed as the “eco-friendly” thing to do.

The explicit suggestion that eating fish is good for the environment and animals, however, is ignoring two essential facts: fish are animals and leading ocean conservationists have confirmed that if hauling fish from the oceans to feed human demand continues at the current rate, our oceans will, quite literally, die.

Along with the trillions of fish, other animals such as turtles, sharks, whales, dolphins, and sea birds also die when they become tangled up in nets and lines as “bycatch.” Today’s commercial fisheries employ massive nets and aggressive practices in order to catch as many fish as possible. Unfortunately, these methods also increase the likelihood that other marine animals that live in close proximity to the “target” fish will be scooped up alongside the others. For example, scientists have estimated that up to 1,000 dolphins, porpoises, and whales are killed daily in this way.  A study into one U.S. fishery found that in a single year, 400,000 sharks were captured and discarded in their nets.

It is estimated that an average of 40 percent of all sea life caught by fisheries is simply discarded as “bycatch.” For animals such as shrimp, the level of bycatch rises to a shocking 85 percent.

Current levels of fishing, say experts, doesn’t just lead to species such as the much-sought-after bluefin tuna and the once common cod becoming threatened, but it poses a great threat to very survival of the ocean itself. According to a report from the U.N. Food and Agricultural Organization, 80 percent of global fish stocks are “fully- to over-exploited, depleted, or in a state of collapse.” Also, about 90 percent of large predatory fish stocks (sharks, swordfish, and bluefin tuna) have been diminished.

It has been predicted that, if fishing practices continue as they are for the next few decades, the world’s oceans could be empty by 2048. This will be as a result of the rapid loss of biodiversity triggering the emergence of huge “dead zones” – large areas of oxygen-starved water where fish and other marine animals cannot survive.

Taking Positive Steps to Help Fish and Our Oceans

With all this in mind it seems that, contrary to claims that a pescatarian diet is good for the environment, the opposite is, in fact, true.

If you want to find out more about commercial fishing and its impact on animals and the environment, why not check out the award-winning animation “Losing Nemo,” created by Dutch conservation organization, The Black Fish.

If you are keen to take the step of cutting fish from your diet, you can make a start by looking at some of the great recipes right here on this site. There are so many plant-based alternatives to “fishy” meals that you are really spoiled for choice. The average person who cuts seafood from their diet can save over 225 fish a year! Now that’s how you #EatForThePlanet. Learn more by joining our campaign, here.