Why We Need ‘Crazy’ Cat People 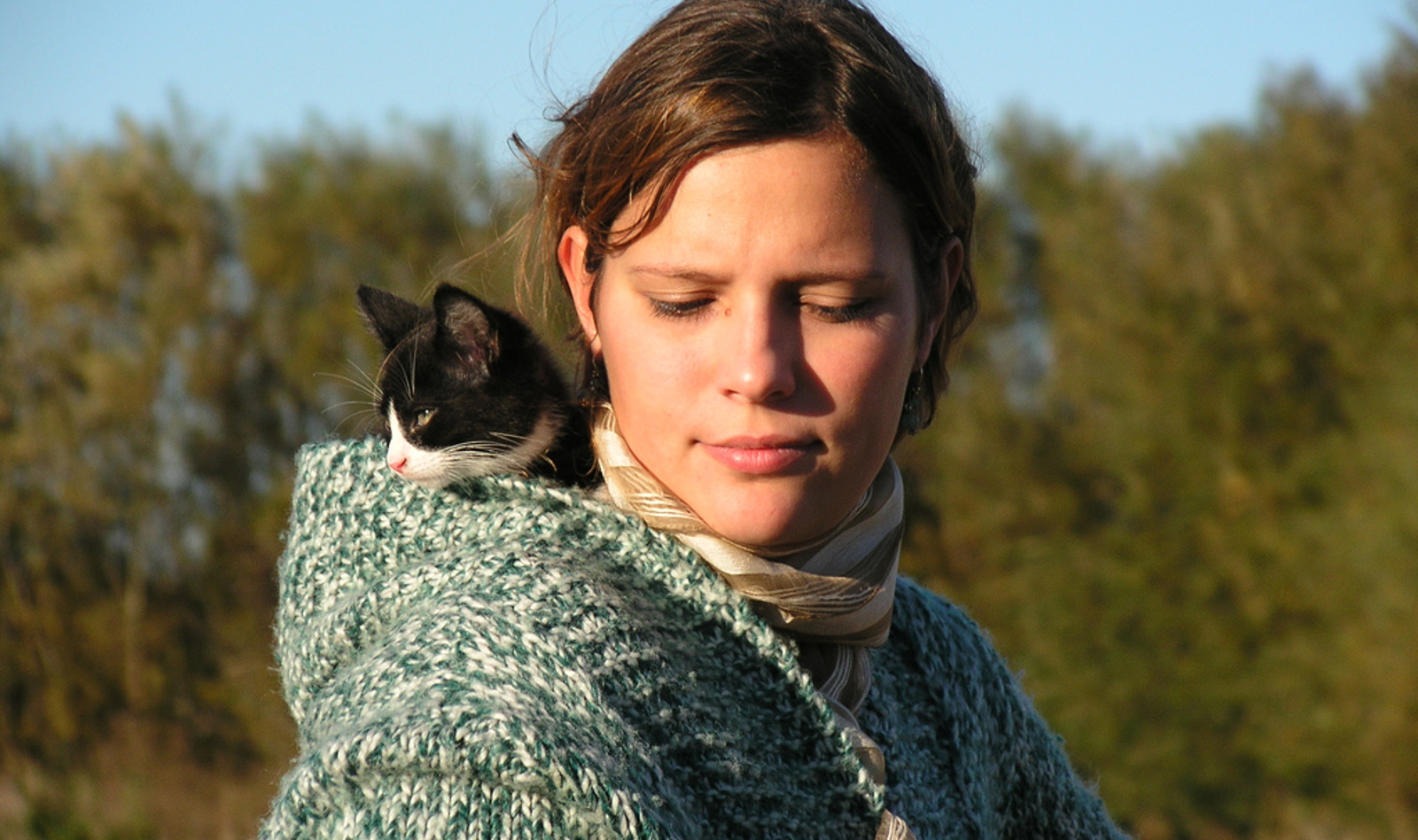 There’s a stigma our society has placed on cat people. You know who they are. They’re the ones with cat hair all over their clothing, who are just hoping to catch their cat doing something funny on film so they can make Fluffy Internet famous. They’re the “crazy” cat people.

Society may be laughing at the girl who loves cats so much in the eHarmony video, but here’s the thing: we need her and all the other crazy cat people. We need these people because they love cats so much. In fact, cat lovers do way more than just look at cat gifs on the Internet all day. They are invested in bettering the lives of as many cats as they can.

These crazy cat people don’t buy thousand-dollar Siamese cats as their constant companions. In fact, don’t even mention the idea to them. Instead of buying from pet stores or breeders, they adopt a cat from their local shelter or rescue abandoned kittens in their neighborhood, which makes an impact on those cats looking for a home. In fact, there are about 70 million stray animals living in the United States. That number comes out to five homeless animals for every one homeless human. These staggering numbers show why adoption is far more beneficial to these homeless animals, the animals who are at a greater risk of being euthanized. This is why the crazy cat person chooses to adopt instead of buy from a pet store or breeder. There are too many homeless animals for this person to even consider buying their cat.

They are not only passionate about adoption, but these cat people are careful about adoption, too. They know what goes into caring for another life and they take it seriously. There are a lot of things to take into consideration when adopting an animal. Examples include finances, your daily schedule, living conditions, and many others.

See, the crazy cat people know the responsibility it takes to adopt, and if they are not ready for that responsibility, they volunteer their time at a shelter in order to make a difference.

Animal shelters are nonprofit organizations, so they depend on their volunteers to help take care of the animals, do the day-to-day jobs, and help clean up the facilities. While society is busy mocking cat people, they are busy helping an organization keep its doors open, and innocent and helpless animals extend their life expectancies. Without volunteers and donations, animal shelters wouldn’t have the plentiful food and toys to supply the animals or be able to give the animals the exercise and attention they need to be physically and mentally stimulated until they are adopted into a family.

These ‘crazy’ cat people are also dedicated to learning “trap, neuter, return” (TNR) method for helping the feral cat population and teaching it to others. Feral cats are once-domesticated cats that have reverted back to a wild state. While it is impossible to even attempt to guess how many feral cats there are in the United States, we do know that feral cats have an average of 1.4 litters of three kittens per year, furthering the feral cat population. What TNR does is humanely traps feral cats, sterilized and treated, and returned to their habitat. By participating in TNR and teaching others its benefits, cat people not only help control the free-roaming cat population, but helps prevents future kittens born into the wild from imminent danger or death.

In addition to being dedicated to adoption, volunteering, and the TNR method, the cat person is busy finding ways to keep feral cats warm in winter. There are many easy ways to build shelters for feral cats that can make a huge difference to their lives during the harsh winters. So next time your cat friend tells you they can’t go out because they’re making cat shelters out of storage bins, give ’em a break. They deserve one, because of crazy them, there are thousands of cats out there who are alive, healthy, and happy that otherwise wouldn’t have had those opportunities. It’s the time and care these people give to cats that makes all the difference. Without their passion and love, there would be so many cats that would have much worse fates, that would not experience unconditional love, that would not get a second, third, or even fourth chance at life.

We need crazy cat people in this world because we need someone to care about these animals. We need people to adopt them, to volunteer in their honor, to help control their population in a humane way. So let’s give these wonderful humans a break, OK? Because when you think about it, these crazy cat people really aren’t that crazy.