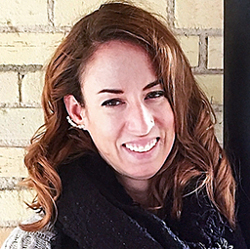 Lindsay Patton-Carson is a writer and social media manager based in Grand Rapids, Michigan. She has been published in xoJane, Jezebel, The Huffington Post, Bust and some other corners of the Internet. She loves David Bowie, "Buffy the Vampire Slayer," running, relating to Liz Lemon, feminism, pop culture, and animals – particularly her two rescue dogs. Her first crush was Bill Murray in Ghostbusters. Follow her on Twitter @LindsayPatton.