Domestic animals have often been known to save their human companions from danger. From the quick thinking of Duke, the dog who alerted his guardians to their baby’s need for urgent medical attention, to the smart actions of service dog Yolanda – who rescued her vision-impaired human from a house fire by dialing 911 – there are many animals out there who have reason earned the eternal gratitude of their human friends.

However, it is truly astonishing to hear about undomesticated animals who are compelled to rush in and save the day, when they have had little to no prior experience with humans. Prepare to be amazed by the stories of these wild animals who – without any apparent reason – stepped in and saved humans from imminent death.

1. Three Lions Save Girl from Kidnappers 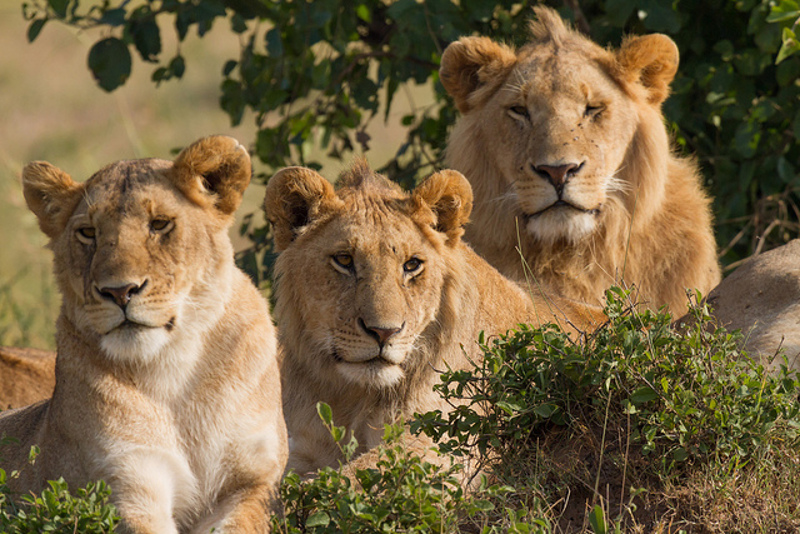 In June 2005, a twelve-year-old girl was snatched by four men in rural south-west Ethiopia as she made her way home from school. A week after the kidnapping, her captors were attempting to move her, with police in hot pursuit, when three lions chased the men off. The lions remained with the terrified girl until police officers arrived to escort her to safety. She told them that although she had been beaten by her kidnappers – who it is believed had been attempting to sell her into a forced marriage – the lions had not touched her.

Sergeant Wondmu Wedaj said, “They stood guard until we found her and then they just left her like a gift and went back into the forest. Everyone thinks this is some kind of miracle because normally the lions would attack people.” An Ethiopian wildlife expert claimed that the lions may have spared the girl because her cries had sounded like the mewing of a cub.

2.  Pod of Dolphins Protect Lifeguard and Family From Shark Attack 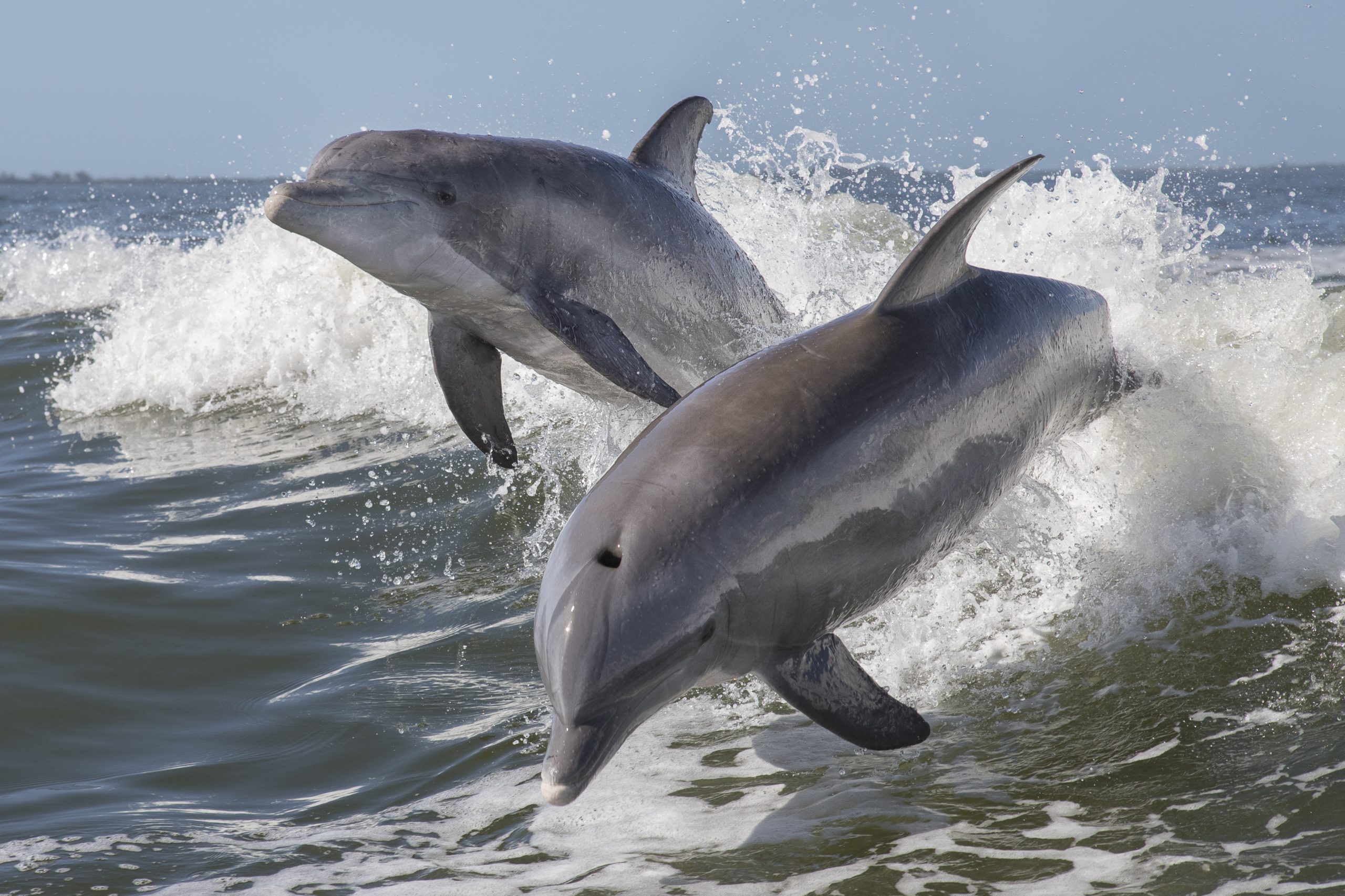 In late 2004, lifeguard Rob Howes and his family were out swimming at Ocean Beach, near Whangarei, New Zealand, when seven bottlenose dolphins approached and herded them together.

“They were behaving really weird,” Howes recalled, “turning tight circles on us, and slapping the water with their tails.” He and his daughter’s friend Helen had drifted about twenty meters away from his daughter and another friend before a dolphin swam straight at them and dived back down into the water before them. “I turned in the water to see where it was going to come up,” Howes went on, “but instead I saw this great big grey fish (later revealed to be a great white shark) swim around me. It glided in an arc and headed for the other two girls. My heart went into my mouth because one of them was my daughter. The dolphins were going ballistic.”

The dolphins then herded the swimmers together and circled protectively around them for another forty minutes, fending off the shark.

Dr. Rochelle Constantine from the Auckland University School of Biological Science said, “From my understanding of the behavior of these dolphins, they certainly were acting in a way which indicated the shark posed a threat to something. Dolphins are known for helping helpless things. It is an altruistic response and bottlenose dolphins in particular are known for it.” 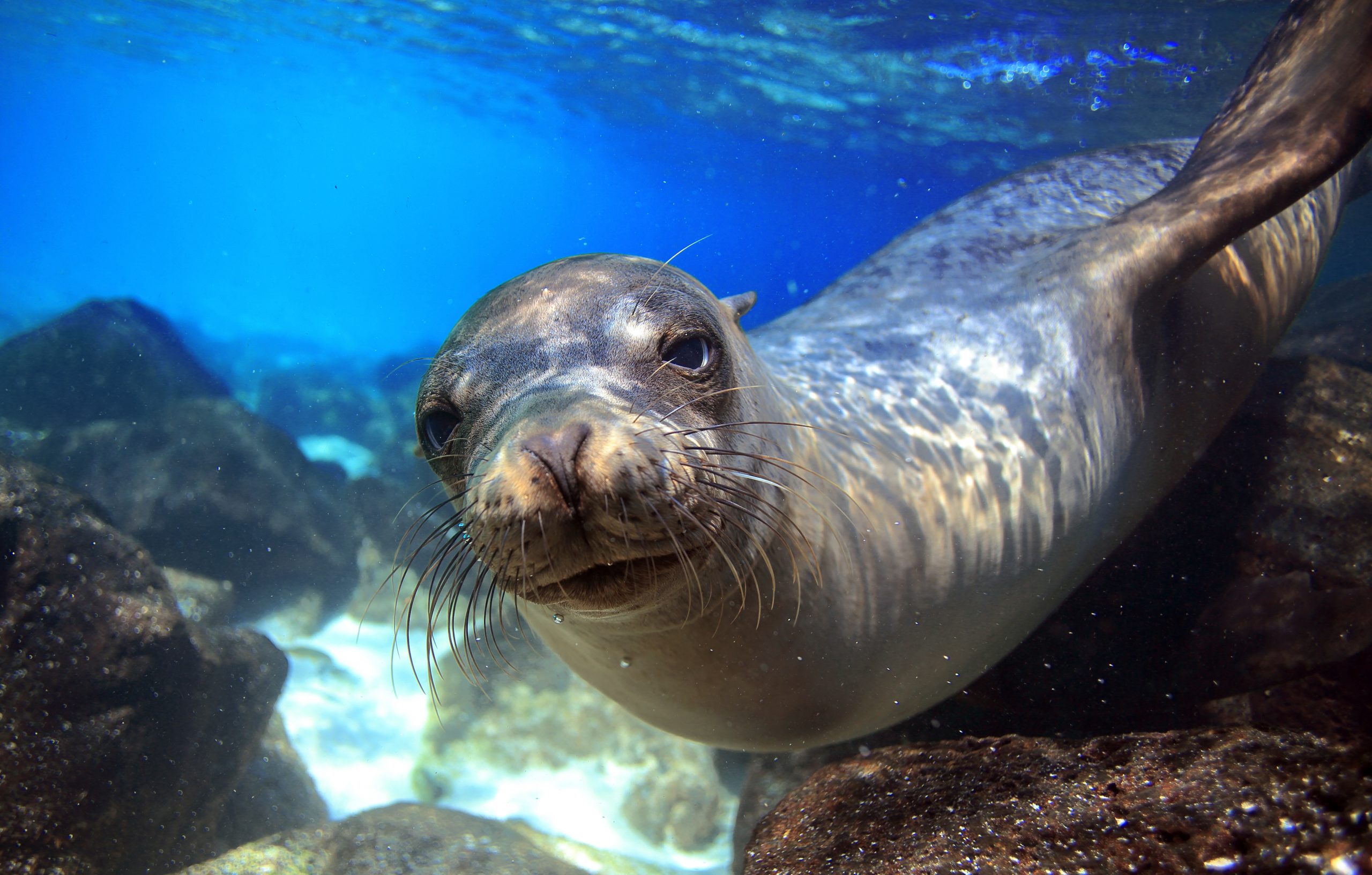 California resident Kevin Hines knows that he is lucky to be alive after jumping off the Golden Gate Bridge in San Francisco, during a severe bout of mental illness: “Here are the facts: on September 25th, 2000, due to bipolar disorder and serious psychosis, I jumped off of the Golden Gate Bridge. I was nineteen years old and after leaving the Bridge, my first thought was that I had made a terrible mistake. Miraculously, I survived – and despite my severe injuries, I was able to reach the surface of the water. Upon my resurfacing, I bobbed up and down in the frigid waters surrounding me. Then, something brushed by my legs. I feared it was a shark come to devour me whole. I tried to punch it thinking it might bite me. However, this marine animal just circled beneath me, bumping me up.”

A passerby, who saw that the animal in question was a sea lion, quickly called for help. A rescue team was able to get to Kevin on time and pull him from the water, but it is doubtful that he would still be alive today had the helpful sea lion not kept his head above water. 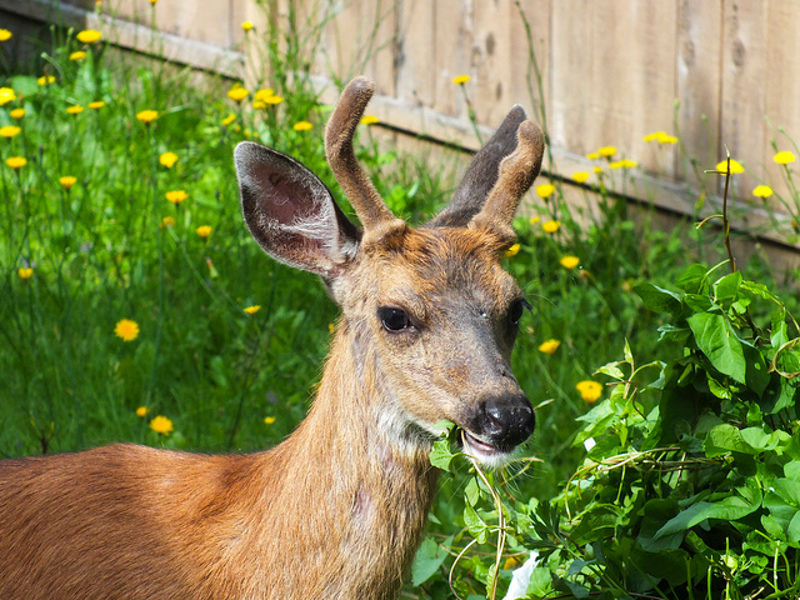 In February 2012, a woman was walking through Oxford, Ohio, when a man dragged her behind a building and tried to choke her with her purse straps. He was seemingly intent on robbing her – if not worse – but these plans were foiled by a heroic deer, who ran out from underneath a nearby bush and scared him off! Sergeant Jon Varley, who assisted the woman after the attack, said he couldn’t “recall a similar incident” during his seventeen-year long career.

The woman suffered red marks and bruises but did not require any hospital treatment. She also did not lose any of her belongings… thanks to the quick-thinking actions of that unknown deer.

5. Beavers Comfort and Save Orphaned Boy 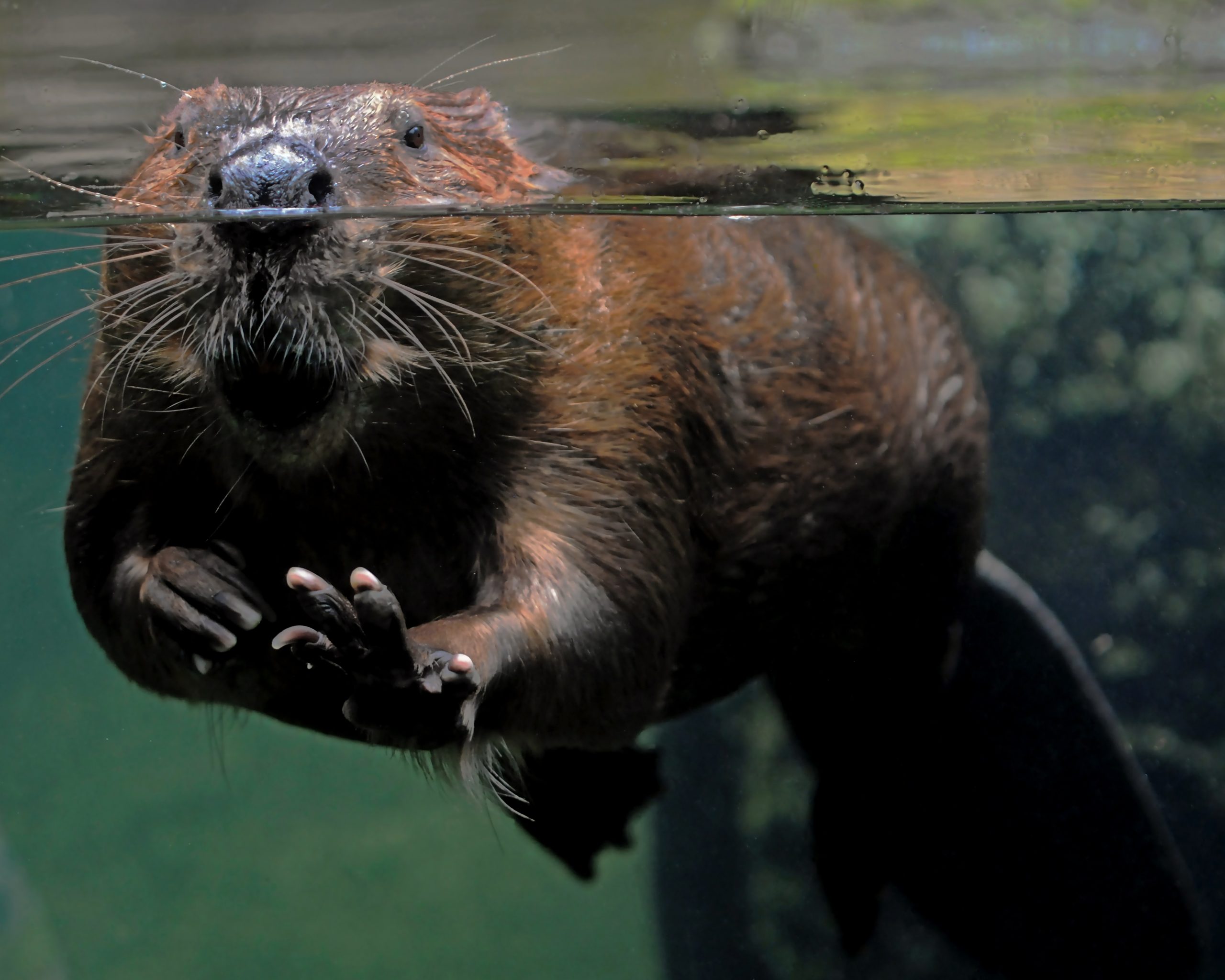 Rheal Guindon, a young boy in Ontario, Canada, was out on a camping trip with his parents when they decided to go fishing. Rheal stayed onshore but was appalled to witness his parents’ boat tip over, and his parents tragically drown. Panic-stricken, he attempted to walk to the nearest town to get help, but as the sun set, he realized he would have to spend the night outside.

As he lay on the ground, traumatized by this ordeal, he felt “a warm, furry body” press up against him. Thinking it was a dog, he fell asleep. On waking up the next morning, he found three wild beavers snuggled up against him. They had saved him from freezing to death overnight when temperatures had dipped below zero.

These incredible stories illustrate that, contrary to certain popular perceptions of wild animals as threats or pests who must be removed to make way for human advancement, we have much more in common with non-human animals – and are a lot more dependent on them – than we realize. They, too, are capable of altruism and compassion. They, too, have been known to step in and save those weaker than themselves at the most unexpected times, and in ways that humans often fail to predict. They, too, deserve to live out their lives on their own terms.