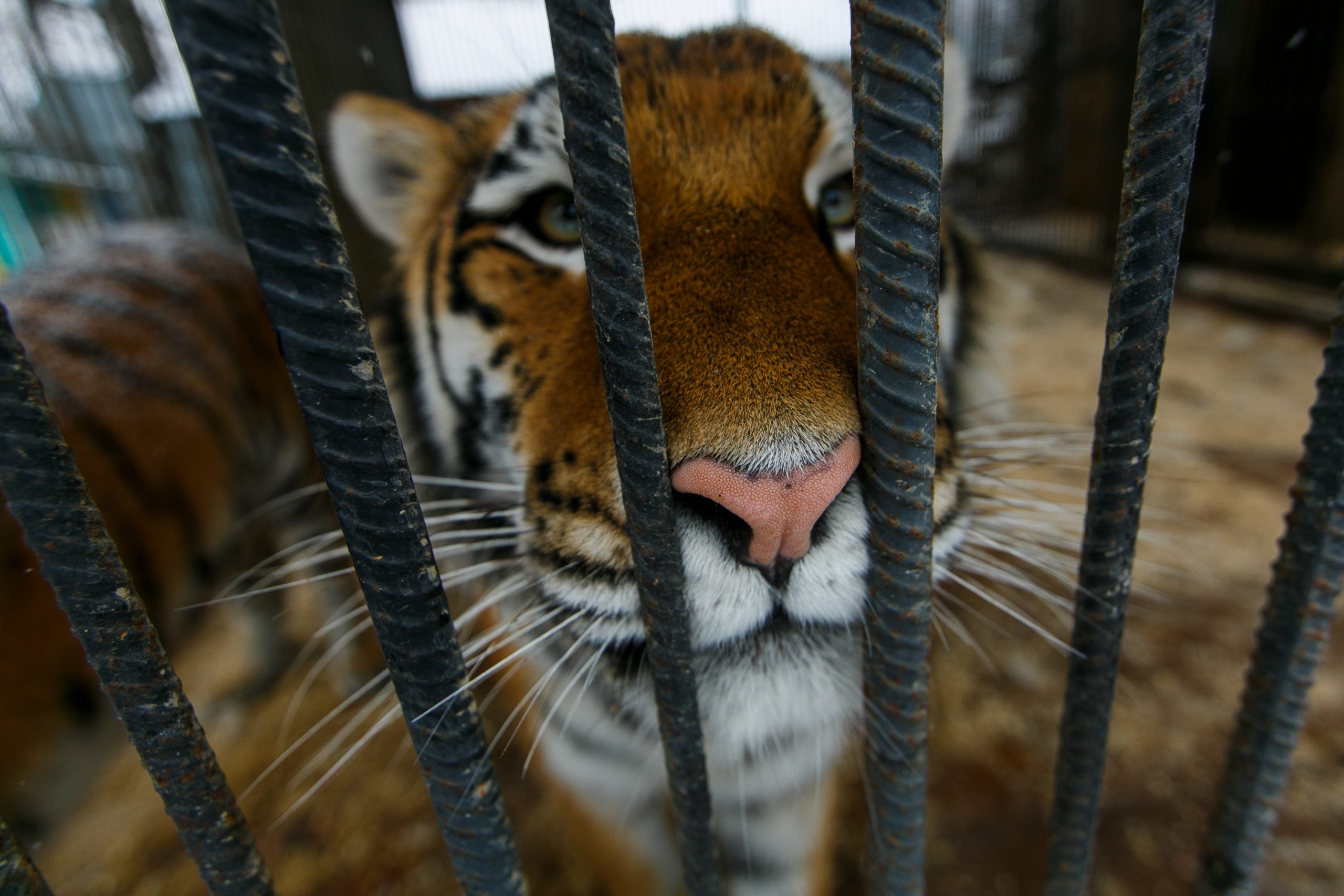 The two animals were being kept by a 25-year old, according to local station KEN5. Authorities rescued a 5-year-old bobcat and a 13-week old tiger cub from the home. Sheriff Javier Salazar noted the other recent tiger seizures and said “I think that there’s a lot more out there. The animals were taken to the San Antonio Zoo.

One person was arrested

Lauren Loney, Texas State Director for the Humane Society of the United States released this statement about the newest “pet” that was rescued from danger, “Today, yet another tiger – as well as a bobcat – were seized from a home in San Antonio, where they were kept inside the homeowner’s garage not at all appropriate for a wild animal. This is the second tiger seized in the area in as many months and is part of a disturbing – but certainly not new – epidemic in Texas of people keeping tigers and other big cats as pets. When big cats are kept as pets, it is a threat to public health and safety and animal welfare. People have been injured and killed by tigers kept in captivity, and these animals frequently suffer from life confined to a cage, improper diets, lack of proper veterinary care and physical abuse. We must support legislation to end the dangerous and cruel private possession of big cats in Texas.”

Big cats kept as pets are known to suffer psychologically as a result of being housed in small confined areas. They are often denied proper veterinary care, enrichment, and nutritional food. Cubs used for petting and photo ops are often taken from their mothers at an early age and cry out for them in their barren cages. Being constantly handled by noisy tourists is both stressful and dangerous for these young animals. If they misbehave, starvation may be used as a punishment.

While it’s great that these animals were saved from being kept as pets in an awful living situation, it’s sad to know that they will be taken to a zoo instead of a reputable sanctuary. At a zoo, profit will still come first. One Trip Advisor review of the San Antonio Zoo stated how “the animals seemed stressed,” and another described how there was “Lots of pacing back and forth with no packs or herds.” A sanctuary would be a much better fit for these animals that have already suffered so much. Legitimate sanctuaries do not breed their animals because they want to end the cycle of life in captivity. They also don’t allow visitors to interact with the animals for the safety of everyone involved. The well-being of the animals is their top priority, which is what all animals deserve.