Is Organic Meat and Dairy Really the Best Option for the Planet? 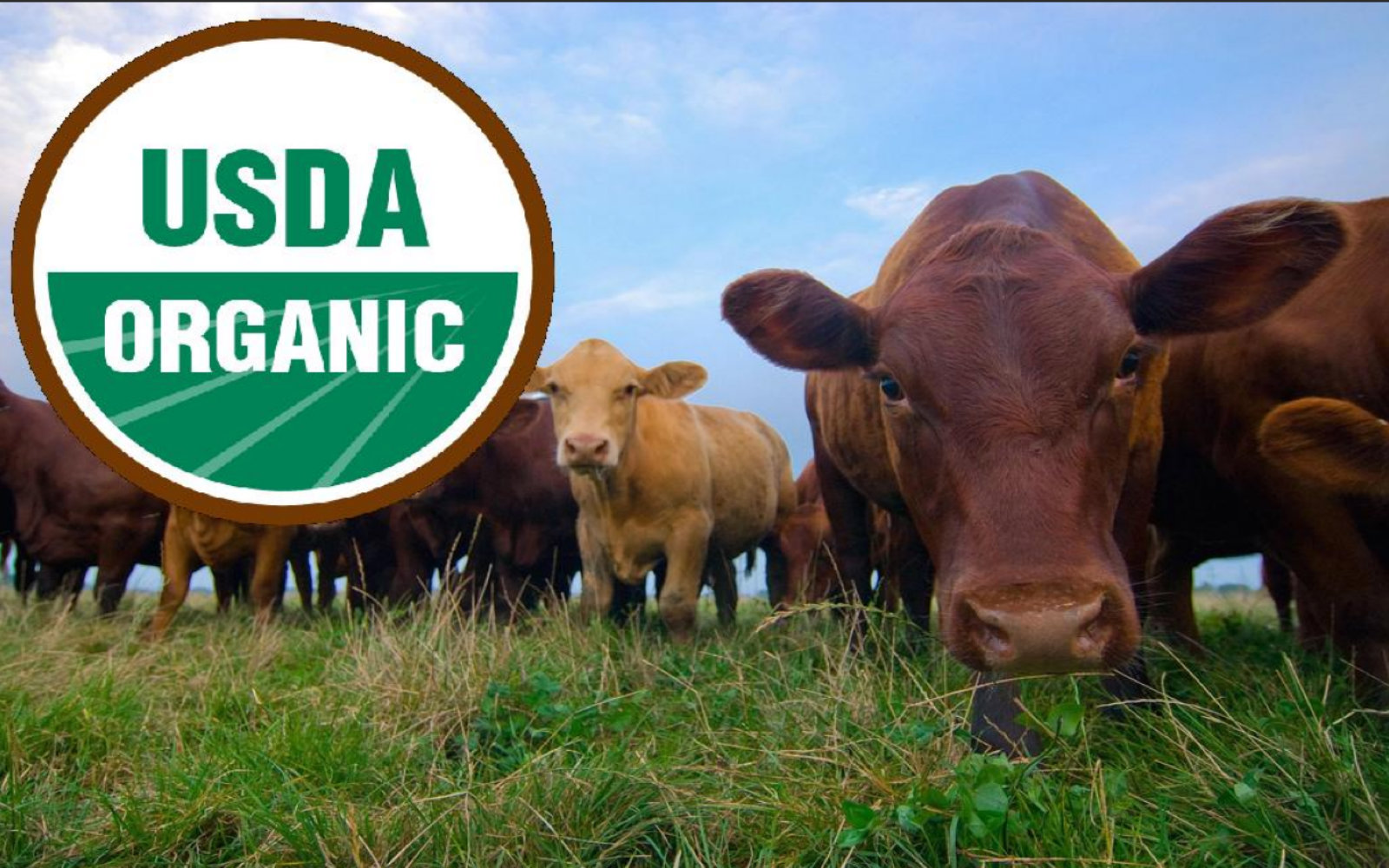 When a survey was taken in 1990 in the U.S., a whopping 75 percent of Americans said that they considered themselves to be environmentalists. But over the next decade, this number sharply dropped to a mere 41 percent of self-proclaimed environmentalists. Such a decrease has charged a new generation with motivation to begin a newer, greener movement against climate change and for sustainability. With any major changes, today’s environmentalists have stressed the need to make those changes not simply on federal or global levels, but personal levels as well – how we live our day-to-day lives.

Perhaps the biggest impact we make on our environment (bigger than the pollution provided by all forms of human transportation combined) is in what we eat. If there’s anything we humans are likely to do every single day of our lives, it’s to sit down and have a meal. While we can spend our money on eco-friendly garbage bags, organic cosmetics, recycled paper products or household items made with sustainably harvested materials, our regular impact on the environment – and all those living in it – can be found on our dinner plate.

In the United States, only about 32 percent of people in the 18-35 age bracket definitively identify themselves as environmentalists, but they do believe in making more conscious choices.

The United Nations Food and Agriculture Organization (FAO) estimates that livestock production is responsible for 14.5 percent of global greenhouse gas emissions, while other organizations like the Worldwatch Institute have estimated it could be as much as 51 percent. In addition to this, research has found that consuming meat and dairy contributes a significant amount to your personal water footprint.

An understanding of the connection between our meat-heavy diets and environmental damage has been long understood by international government agencies, such as the United Nations. In fact, around four years ago, the U.N. released a report advising the public to avoid animal-based diets in favor of the environment, but this information seems to have fallen on deaf ears.

This is not to say that environmentally conscious individuals are unaware of the damage that factory farming is doing to the planet. Nearly, 99 percent of all farmed animals in the United States are raised in factory farms, and their environmental implications are well known. Reportedly, five percent of the American population considers themselves to be vegetarian, around 33 percent (around 100 million people) are reportedly regularly eating more plant-based – even if they don’t identify themselves to be vegetarian or vegan.

But, for the most part, rather than eliminating factory farmed meat all together, many have reached for a different solution. Meat and dairy products that have been labeled “organic” have not only gained popularity among animal consumers, but also animal welfarists who believe that these organic farms provide a more “humane” alternative to factory farming. While of course an organic farming can be considered “better” than traditional factory farming, is it really the most environmentally friendly alternative?

What makes a farm “organic”?

The United States Department of Agriculture (USDA) claims that the standards that must be met before a product can be labeled organic are specific and well-detailed. For instance, organic agriculture cannot utilize irradiation, sewage sludge, synthetic fertilizers, prohibited pesticides, or genetically modified organisms. Animals raised under organic conditions may not be fed antibiotics or growth hormones, and can consume only 100 percent organic feed.

A turn away from pesticides is no doubt better for a number of animals, both wild (and animals essential to a healthy environment, like bees) and domesticated. There are also  suspected environmental concerns about the development of genetically modified foods by the scientific community (with less consensus on whether or not these foods are entirely safe for human consumption).

However, in the case of animals raised under organic labeling, they are largely raised in the same manner as their traditional factory farm, feedlot counterparts – the exception being what they are fed. For more on this issue check out this article.

Are organic farms still a threat to environmental sustainability?

Even if the organic label isn’t always a trustworthy promise of the ethical treatment of animals, can’t it be said that meat and dairy produced in an organic manner provides an environmental benefit? After all, removing hormones, pesticides, “sewage sludge” should allow for some benefit. The production of animal products is linked to many forms of ecological degradation, so would wanting to reform these practices only reap positive impacts?

When you look at the major culprits of greenhouse gas emissions involved in meat and dairy production, it seems that the largest source of carbon dioxide, methane, and nitrous oxide (greenhouse gases or GHGs) are not the result of pesticide use or feeding the animals genetically modified foods. These gases are produced as the result of breeding, transporting, housing and slaughtering these animals.

The emissions that come from the animals themselves are not reduced by choosing to keep the animals indoors or outdoors, or choosing whether or not to raise them on antibiotics. In fact, many reports show that free-range grazing cattle who eat grass, rather than feed, actually produce more greenhouse gases their their factory farm counterparts (not to mention the impact that widespread cattle grazing has on the native ecosystem).

Choosing to half your consumption of animal products can reduce your water footprint by 30 percent – by taking on a completely plant-based diet that reduction shoots up to 60 percent.

Raising the billions animals needed to meet the demand of our predominantly animal-based diets requires a massive amount of water – “organic” or not, the production of their feed alone is incredibly taxing on the planet’s resources.

Wanting to eliminate certain chemicals and materials from agriculture is a step in the eco-friendly direction, but the fact is that animal agriculture itself takes too many steps away from that direction for it to be considered the truly Earth conscious choice.