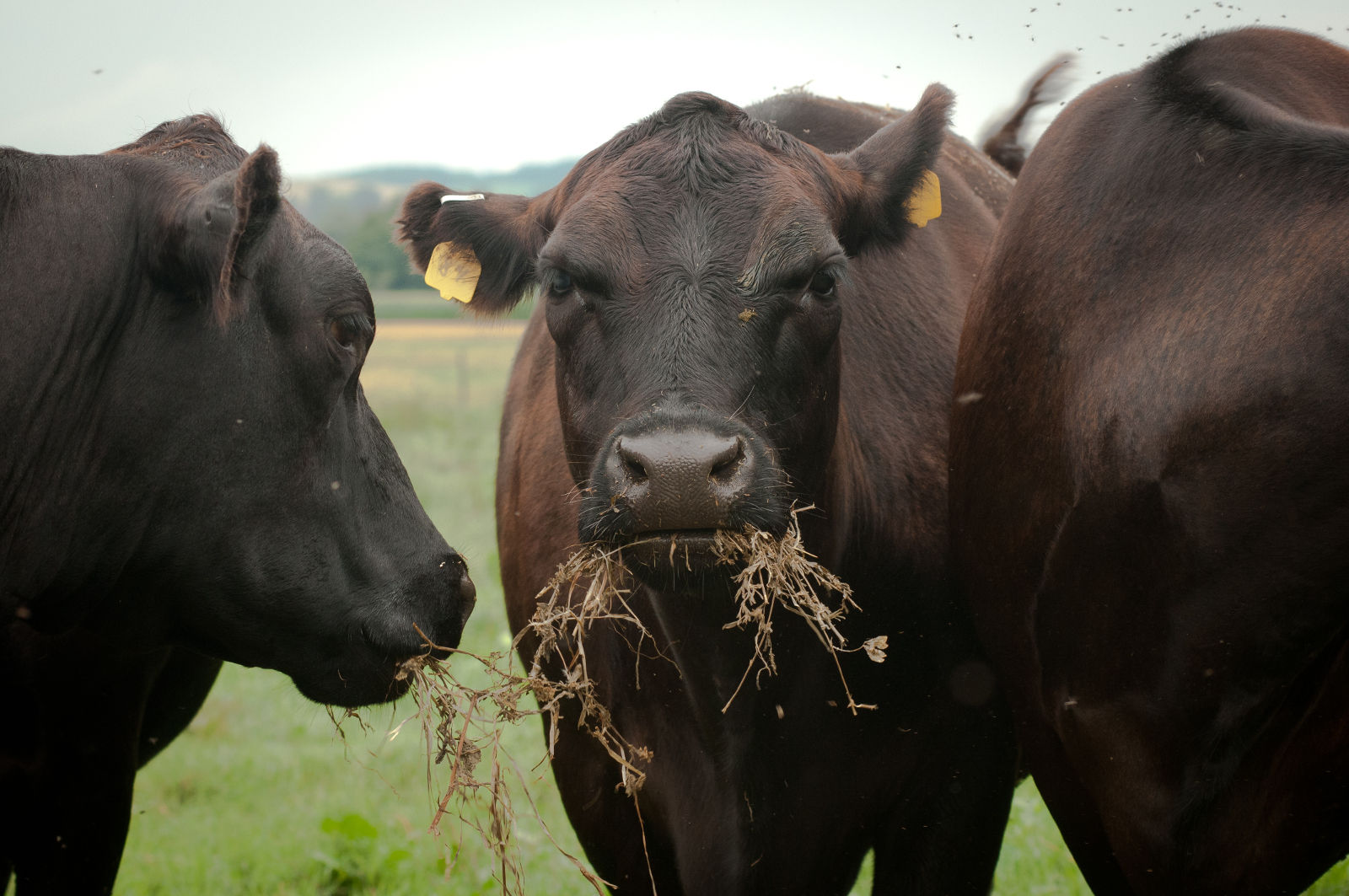 2013 went down as the driest year in California’s recorded history. A major reservoir outside of Sacramento has been reduced from 83 percent to 36 percent capacity in just over two years. In the Central Valley, 1,200 square miles of land is sinking at a rate of 11 inches a year from the drilling of groundwater. And the annual measure of the Sierra Nevada snowmelt done every April 1 indicates that the end isn’t in sight.

In this time of drought, we are often encouraged to reduce our water usage by taking fewer and shorter showers, and by not watering our lawns or washing our cars. But is that where we Californians use a majority of our water?

Surprisingly, upwards of 80 percent of our developed water supply (water designated for human use) goes toward agriculture. Some of it to grow useful crops like tomatoes, broccoli, potatoes…but most of it goes to alfalfa.

Why alfalfa? Because alfalfa is what we feed dairy cows and beef cattle. This crop drinks up more of our water than any other, and is used to sustain the 5.25 million cows that call California home. Alfalfa isn’t just used on factory farms and dairies, it’s also used as a filler on grass-fed, pastured cows.

So how much water do we use to produce a plant we don’t eat, to fatten cows for an environmentally destructive diet we don’t really need? 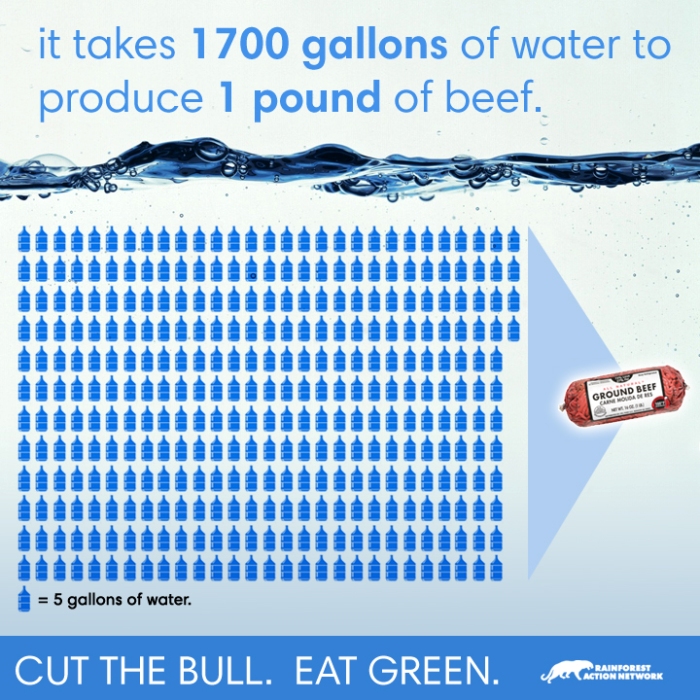 This drought isn’t an issue unique to California. As climate change increases and our water sources dry up, we are seeing this play out all over the world. However, we have an easy fix at our fingertips. By reducing our meat intake by half, we reduce our water footprint by 30 percent. But why stop there? Switch to a plant-based diet and you’ll be reducing your water consumption by over 60 percent.

In the spirit of Earth Day, let’s look for new, innovative ways to sustain the planet and those we share it with — let’s cut the bull and eat a plant-based diet.