7 Facts You Didn’t Know About What You’re Eating 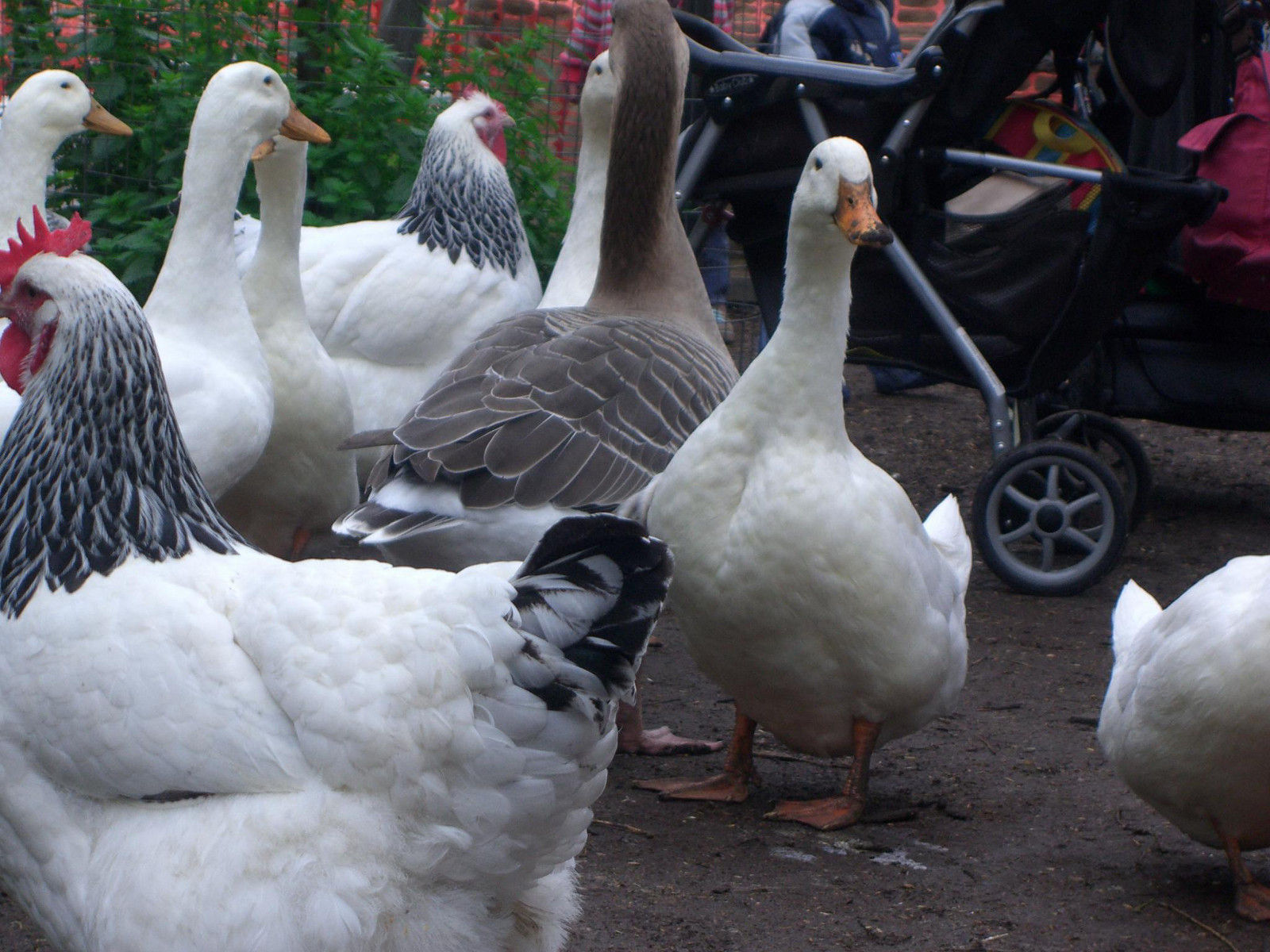 Sometimes, the problem of climate change and environmental destruction seems so large that it feels insurmountable. We’ve changed our light bulbs to those weird looking things, and we signed up for the Pledge of Resistance. What more can we do? The answer is as close as your kitchen.

A United Nations Environment Program report in 2006 stated that “rearing cattle produces more greenhouse gases than driving cars.” So what’s the magic light bulb fix for that? Switching to a plant-based diet would be a good start in helping to alleviate such a burden.

Where do you start? How about joining Rainforest Action Network on March 20 by taking the Farm Animal Rights Movement’s pledge to eat only plant-based foods. And in the meantime, arm yourself with these facts that show how even a small change can make a big difference.

1. About 70 billion farm animals are killed every year for food —that’s over 100,000 animals every second.

Besides the ethical implications, those animals all need places to live, food to eat, and water to drink, and that’s no easy, or clean, feat. 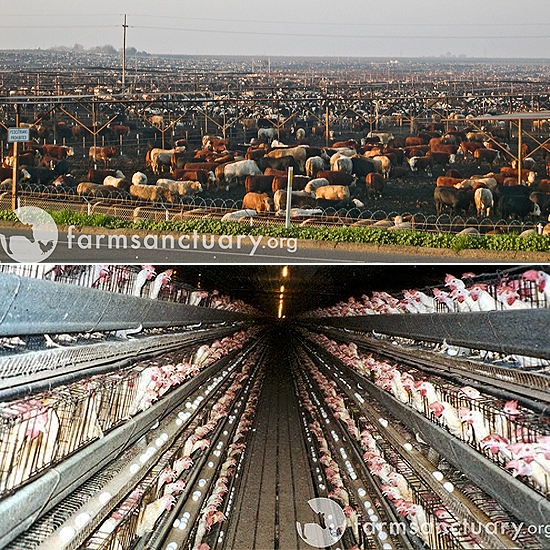 As droughts become more prevalent, keep in mind that not eating one pound of meat saves as much water as eliminating four months of five-minute showers. 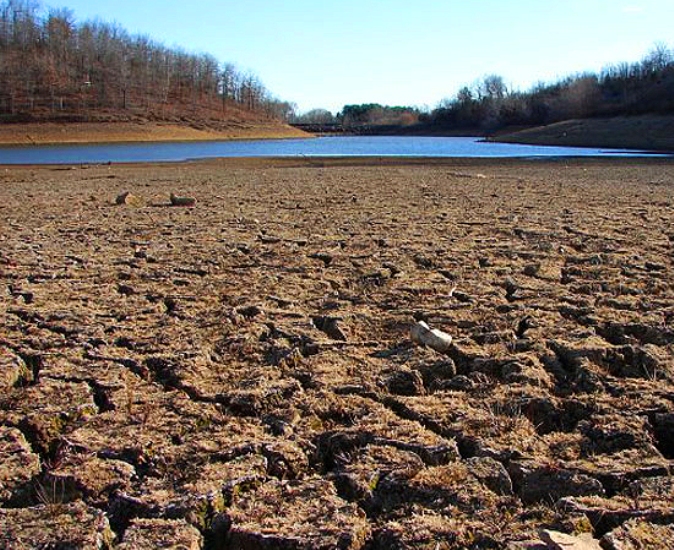 When you gotta go, you gotta go. But when you’re going that much, where does all of it end up? 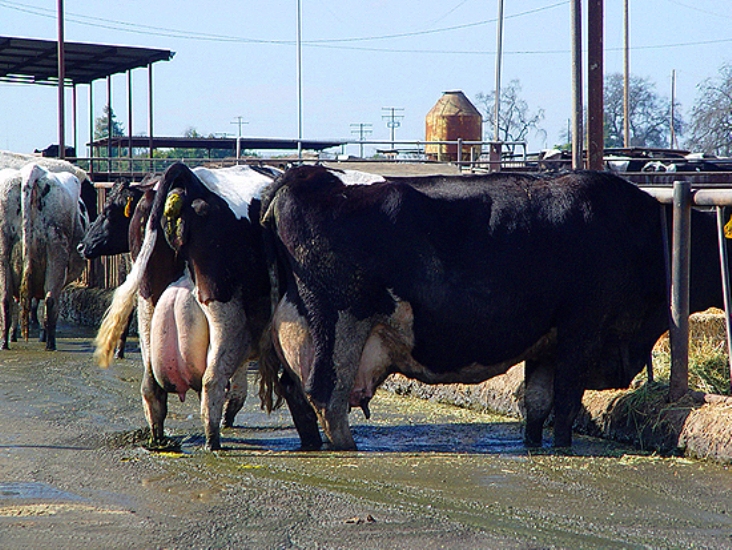 4. That manure has to go somewhere.

Calif., the number one dairy producer in the U.S., identified agriculture, including cows, as the major source of nitrate pollution in more than 100,000 square miles of polluted groundwater (61 percent of the entire state). 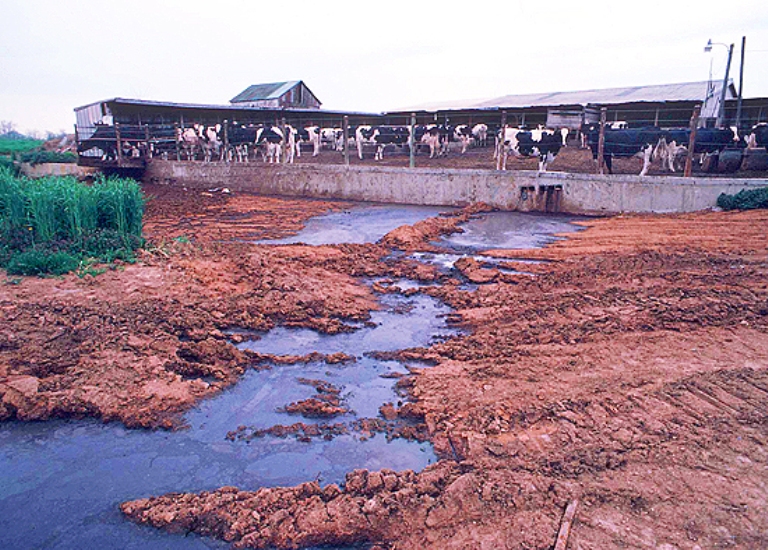 5. Pig, chicken, and cow waste has polluted 35,000 miles of rivers in 22 states and contaminated groundwater in 17 states.

That’s over eight times the length of the Nile, the longest river in the world.

6. All is not lost. The United Nations Environment Program has the solution:

“A substantial reduction of impacts would only be possible with a substantial worldwide diet change, away from animal products.” 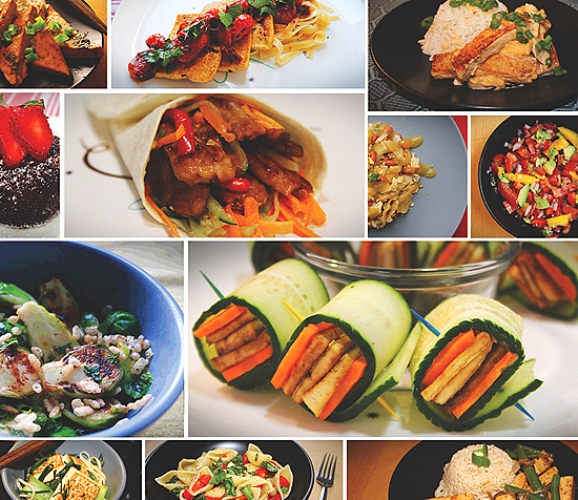 7. By switching to a plant-based diet, you’re helping yourself, the Earth, and you’re creating 70 billion smiles.

That’s something we can all feel good about.  Take the pledge today. 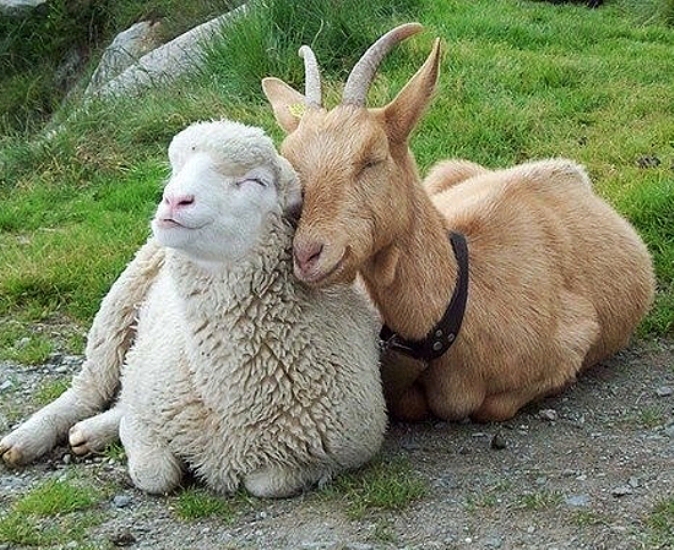