How Paying to ‘Rescue’ Farm Animals Perpetuates Abuse in the Industry 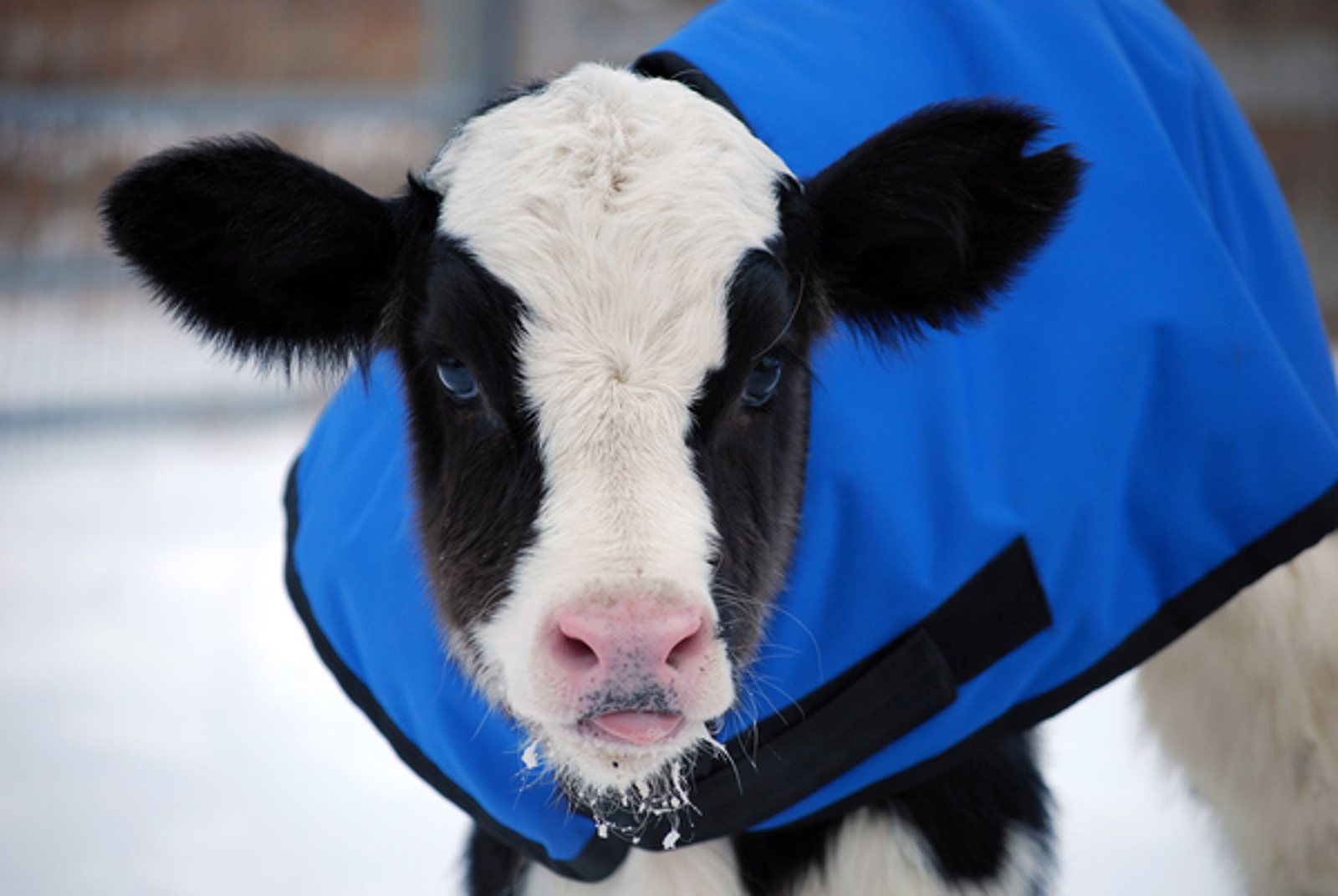 In early September, we welcomed three ducklings to our Northern California Shelter. These youngsters had survived two days in the mail after they were purchased from a hatchery. The buyer, a vegan, had the best intentions: He wanted to prevent the ducks from being purchased by someone who would raise them for meat. But his method was flawed. 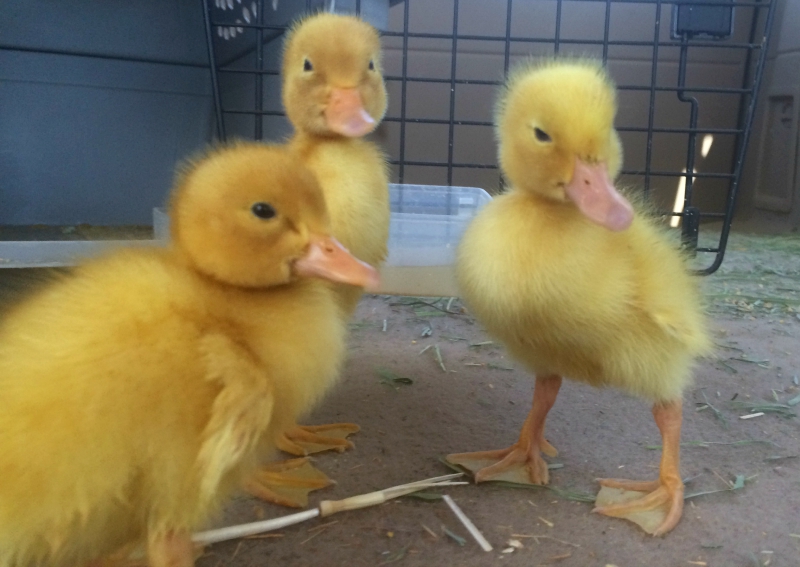 When their purchaser was unexpectedly hospitalized and unable to pick them up at the post office, the ducklings were at risk of being shipped back to the hatchery. Hatcheries are not farms; they are designed only to hatch and immediately ship birds, and there is no place to send back chicks, ducklings, or poults.

Like millions of baby birds purchased every year for backyard egg and meat production, the newly hatched ducks endured a traumatizing trip through the mail in a simple cardboard box, with no temperature control, no food, and no water. These three were sent to fulfill an order for only two ducklings; the hatchery automatically included a replacement duckling in case one didn’t make it to the destination. This tells you both how common it is for mailed birds to die in transit and how little the hatcheries care about the safety and well-being of the individual animals they sell.

Like millions of other baby birds each year, the ducklings were shipped thousands of miles in a simple cardboard box.

Despite the grave risks of shipping animals through the mail, this practice is completely legal in the case of those classified as poultry. By contrast, transporting a cat or dog in this manner is illegal, and, as a 2011 case in Minnesota demonstrated, can result in criminal charges.

Paying Into the Industry 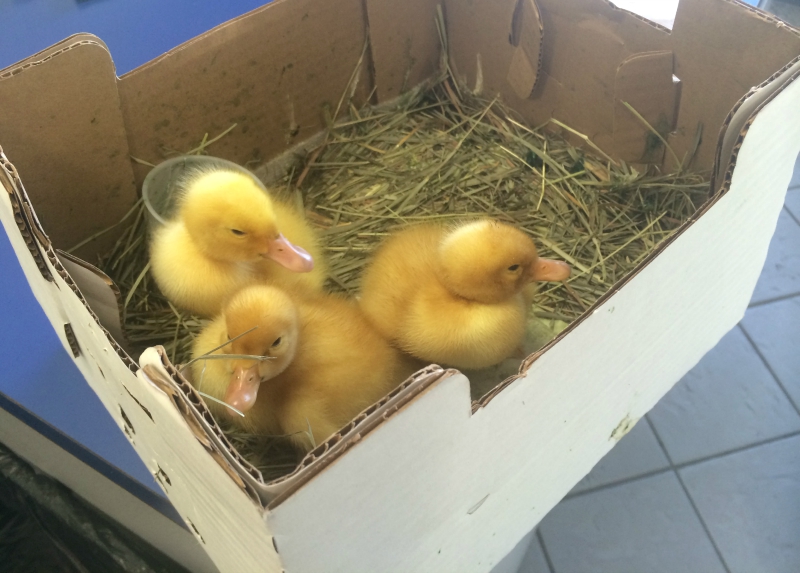 Shipping young animals through the mail isn’t the only abuse committed by hatcheries. The birds they use for breeding are often kept in miserable conditions. Baby birds experience rough handling, and many are mangled in machinery as they pass through the sorting and shipping process. Hatcheries that specialize in egg-laying birds kill nearly all their male hatchlings, a total of millions every year, through such brutal methods as suffocating the birds or throwing them alive into grinders.

When the ducklings’ would-be rescuer bought them, he gave money to one of these hatcheries, money that will be used to breed more birds who, should they survive the hatchery itself and make it to their own buyers, will most likely grow up to be slaughtered for food.

These chicks were recently rescued after being shipped through the mail.

A dog and cat shelter that bought puppies from a puppy mill or cats from a pet store would not be considered a rescue organization. Likewise, it is not rescue for a farm animal sanctuary to purchase ducklings from hatcheries, spent hens from egg farms, or male calves from dairy farmers. These businesses, by the way, are likely to take advantage of would-be rescuers by raising their prices.

The money spent on this form of “rescue” (which, in the case of, say, a calf, might be hundreds to thousands of dollars) could instead be used to support high-quality care for animals rescued in ways that don’t put money into the pockets of animal abusers.

I mention this because, sadly, we’re seeing more and more sanctuaries seeking to purchase animals — in some cases even soliciting funds from online supporters to do so. A number of organizations are buying from some of the worst factory farms, paying for “spent” animals that are considered worthless by the farm owners — and thereby providing funds for the breeding of even more animals who will live in torturous confinement. These shelters are essentially collaborating with factory farms, which they should instead be exposing for cruelty and working to shut down. 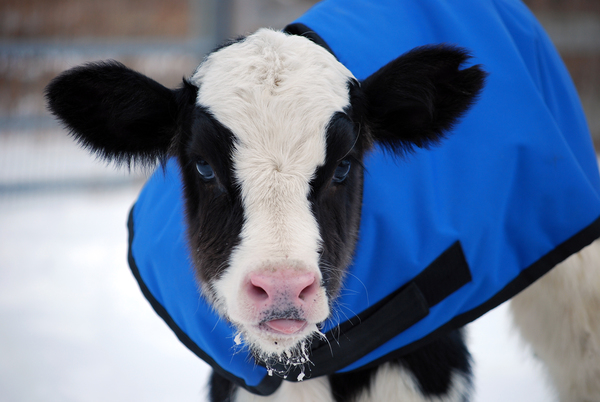 Lawrence, now a happy adult at our New York Shelter, was a “downer” calf we rescued from a stockyard.

Throwing money at industrial farms is not going to solve the problem of farm animal suffering. More than 10 billion land animals are slaughtered for food in this country every year. Even if the rescue community took in 20,000 farm animals a year, we would save only 0.00002 percent of those slated to die. We cannot compete with the industry for volume, and volume cannot be our rescue priority.

By searching Craigslist, newspapers, and local farms, we could fill up all three of our shelters in less than a week. But we would not be rescuers, we would be customers. In the face of such staggering confinement and slaughter, we must save the small number of animals we can reach by employing methods that most effectively change the landscape for all farm animals.

When you rescue an animal by buying her, you are paying for her replacement. When you buy an animal from a producer, for any purpose, you are helping to perpetuate exploitation.

Rescue by purchase is not only misguided but wholly unnecessary. Without buying a single animal, Farm Sanctuary and our fellow farm animal rescue organizations more than have our hands full. Abused and neglected farm animals are confiscated through cruelty investigations. They fall off of transport vehicles or escape from live markets. They emerge from demolished farms in the wake of natural disaster. They are found abandoned by the roadside. These animals need us.