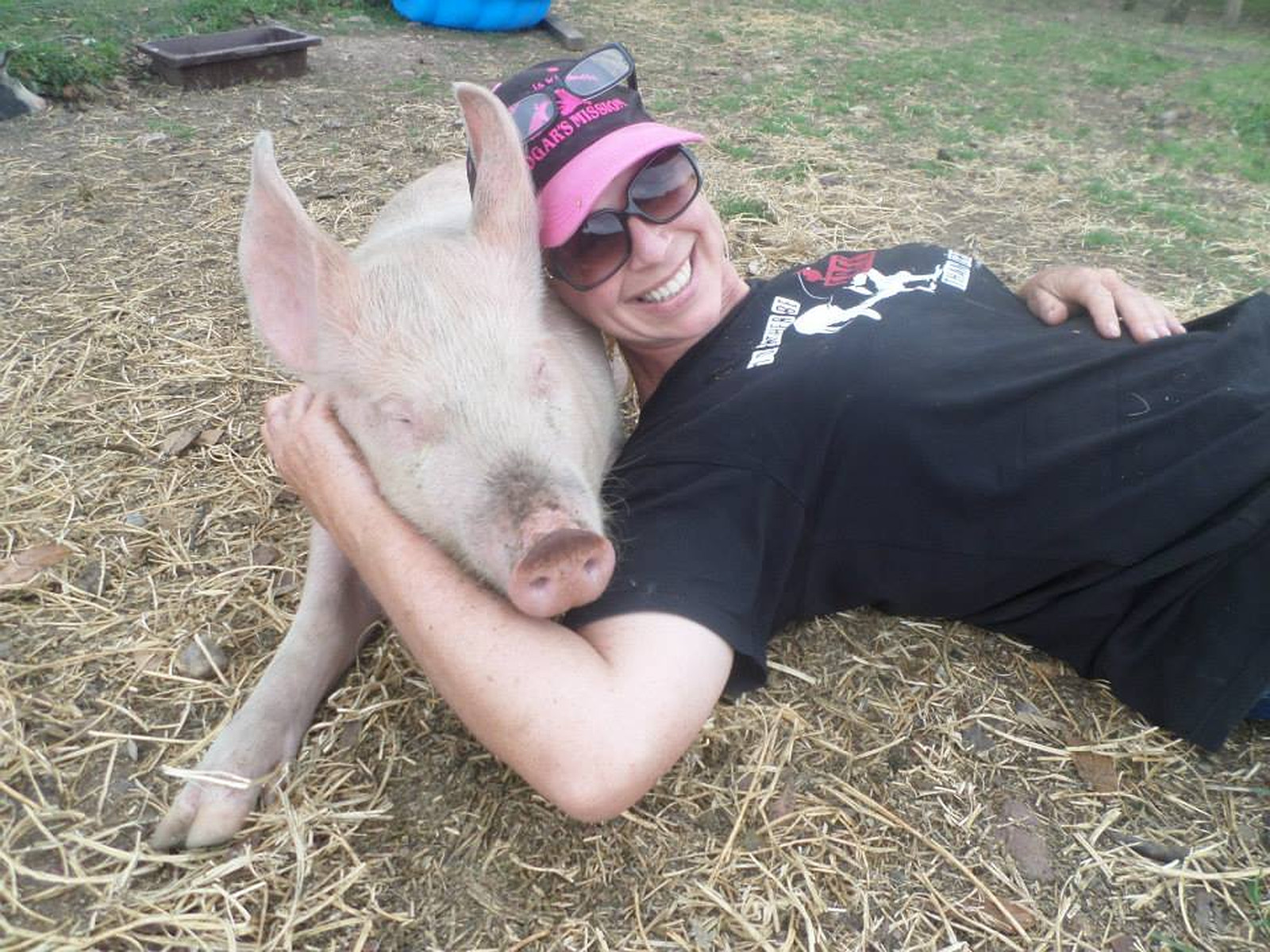 Fiona Fox doesn’t live for herself. She lives to rescue abused animals and show them a better life than the one they’ve had — to show them the life they really deserve.

Fiona is one of the four founders of the Manning River Farm Animal Sanctuary in New South Wales, Australia. She gets up early to bottle feed the baby calves, cleans out the pigs’ pens, gives them medication for their illnesses and injuries, and loves them unconditionally.

On February 3, after a brain scan that hoped to answer questions about mysterious symptoms Fiona had been dealing with, a doctor diagnosed her with Stage 4 glioblastoma, a form of terminal brain cancer. The doctor performed immediate surgery, but was unable to remove all of the tumor because it was too close to a major artery. 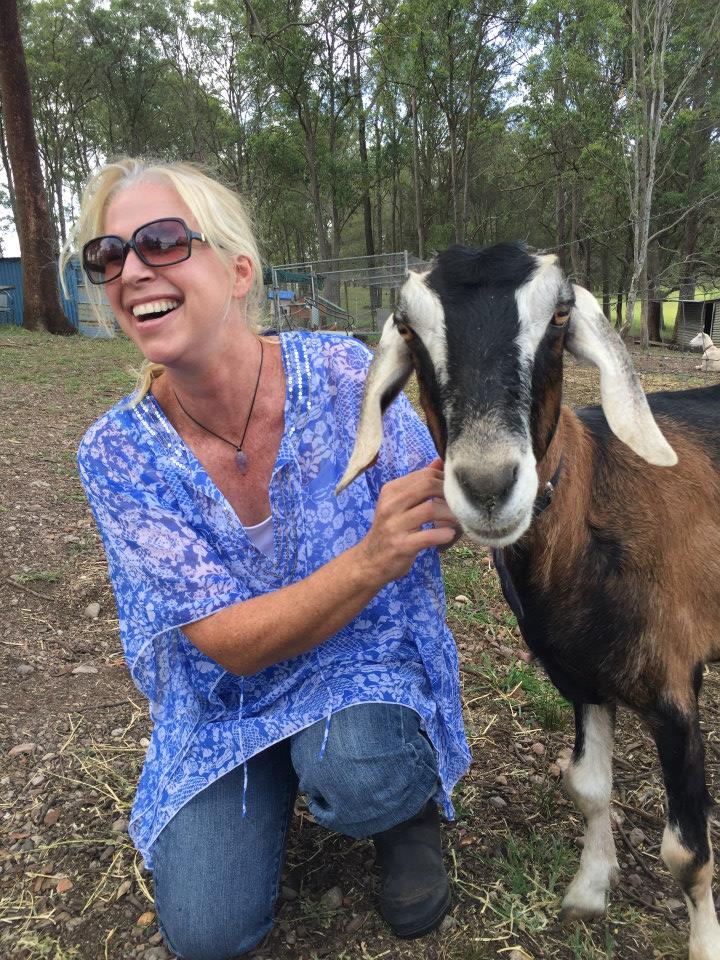 Fighting for Her Life and Animals

Now, Fiona is texting her co-founder Sharron Woodward from a hospital bed to remind her to pick up feed for the farm, because even cancer isn’t going to stop her from caring for the animals.

“She tells me that ‘We have shit to do, so I can’t be dead,'” Sharron told One Green Planet. “She means animals to take out of cages when she says ‘shit to do.'”

Though Fiona hasn’t been given an official life expectancy, her doctor told her that the cancer is bad enough that it will cut her life significantly. According to Cancer Research UK, most people with her stage of glioblastoma usually live for about one year. But the number wouldn’t matter for Fiona. Sharron says that another day, to Fiona, would mean “another day to fight for the animals; another day to speak up for them.” 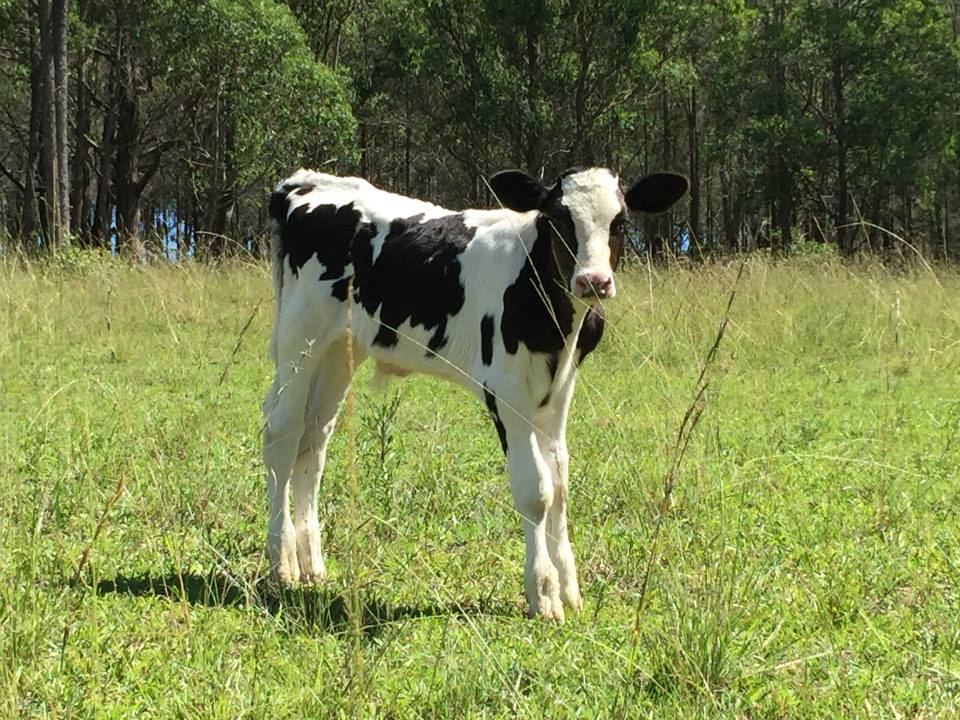 Fiona has a special kind of compassion for both humans and non-humans. Sharron says that the week before Fiona’s diagnosis, she began a new job working with elderly and disabled people in their homes. She says Fiona enjoys doing any and everything that the sanctuary needs, especially bonding with the farm’s new residents.

“When a new resident comes, she spends countless hours getting to know them,” Sharron says. “Trying to break the barrier.  Reaching out & showing them she is someone they can trust and depend on. Most animals we have at Manning River have had awful experiences with human beings, and she works hard in showing them a loving, caring side.” 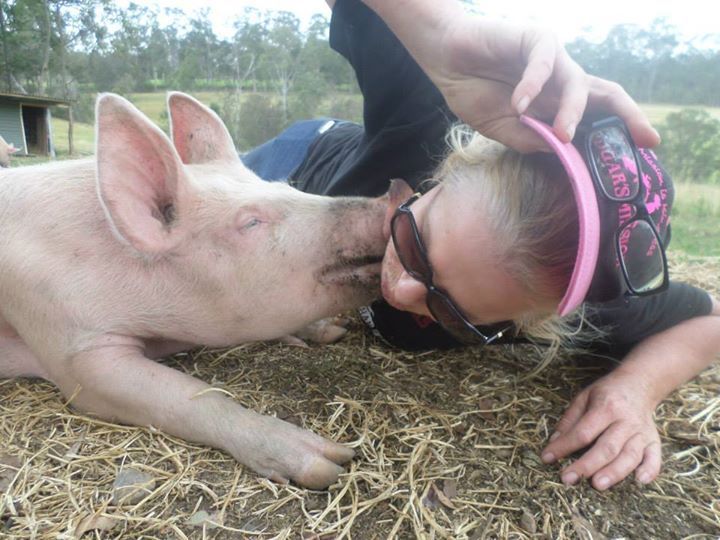 Sharron says running a sanctuary is hard. It’s hard to see animals whom they’ve promised happy, safe lives die from the residual diseases and illnesses they suffer from due to a past in the animal agriculture industry. She also says that though the sanctuary can pay the bills and take care of their current residents, they can’t expand, which is both her and Fiona’s dream.

And now achieving that dream seems impossible. Fiona just received a chemotherapy and radiation plan, so her medical bills will only continue to rise. Catherine Smith of the New South Wales Hen Rescue started an online fundraiser to help offset some of these costs so that Fiona can spend more time with the animals and her family, and this is how you can help.

Right now, the farm has about 50 animals, ranging from the battery hens rescued from factory farms to a goat that had been tethered to a post for years. The last thing that Fiona and Sharron want to do is send the animals away because they can’t support the farm. Kane Fox, Fiona’s 22-year-old son, told The Huffington Post that sending the animals away would be a devastating decision for everyone.

“We promised the animals that this was their loving, safe and forever home,” Kane told HuffPost. “The amount of time Fiona has spent with all of our animals — whether it be laying down in the hay singing to the pigs at night, building trust with the sheep through long weeks of sitting and waiting for them to approach her outstretched arms, or playing ball with the cows and goats — is the reason why our animals are so happy.”

Sharron says Fiona’s ultimate vision is a vegan world, so her contribution to that vision is expressed through Manning River.

“Fiona’s goal is to keep Manning River open and accepting new residents for many, many years to come,” Sharron says. “She wants new shelters built. She wants our finances to be better so that we can fill those shelters. She wants to eventually open up the sanctuary for educational purposes.”

Sharron says it’s hard not to fall to pieces around Fiona now. She doesn’t know how Fiona keeps such a positive attitude, smiling on her way out of surgery. But as long as Fiona is fighting, Sharron says they won’t give up on the sanctuary. 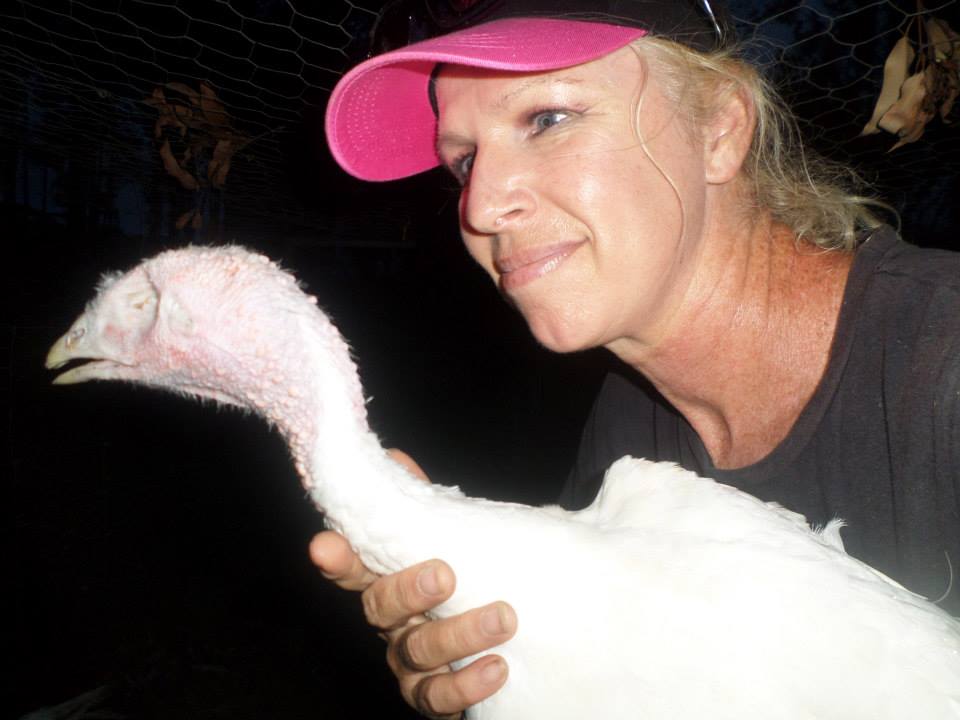 “She is hard working and never sits for too long as there is always something to do on the property,” Sharron says. “Every one of our residents inspire us to continue the fight to keep the place running despite Fiona’s diagnosis. They depend on us to keep their family together — to keep them safe.  We will continue the fight.”