Dolphin Awareness Month: It’s Time to Turn Our Back on the Captive Dolphin ‘Entertainment’ Industry 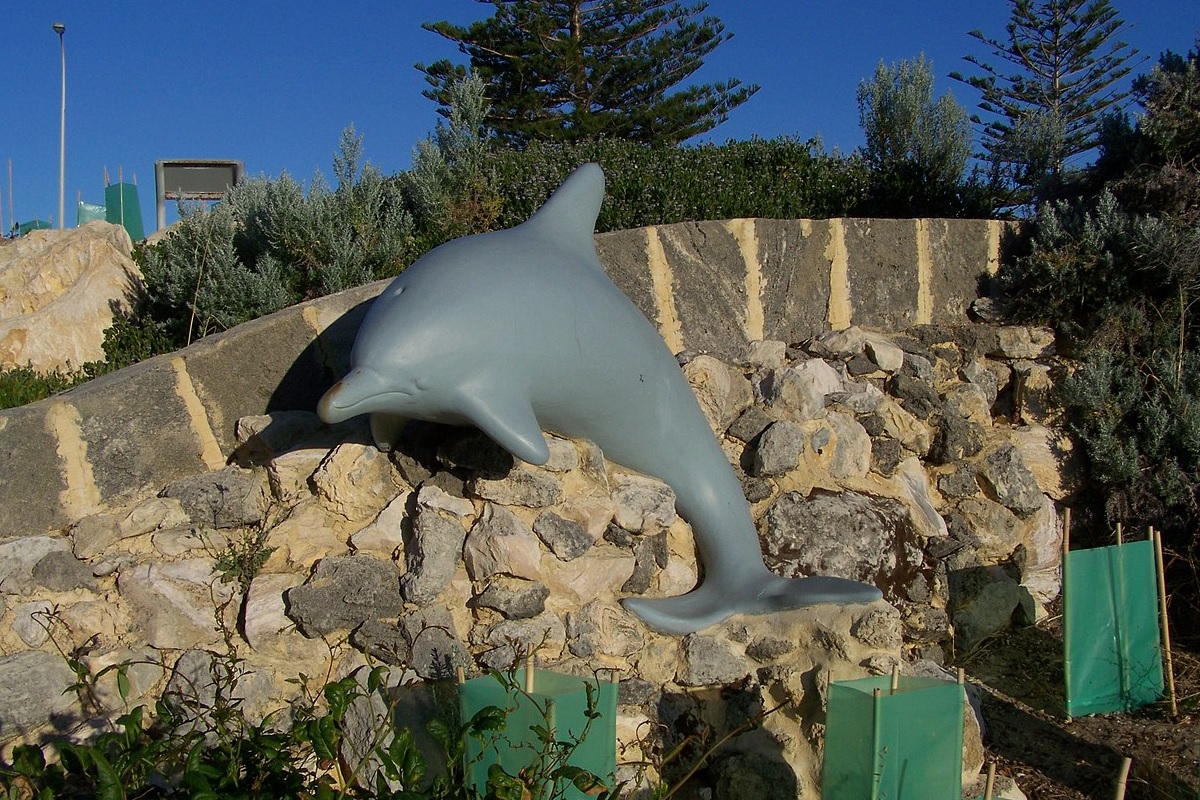 March is Dolphin Awareness Month. That makes it the perfect month for people to celebrate these highly intelligent and fascinating cetaceans. Of course, the industry that profits from keeping dolphins in captivity in the name of “entertainment” uses the occasion to further cash in on their imprisonment. SeaWorld, for example, used the month in 2020 to invite paying customers to “learn and explore the world of these amazing animals with us.”

However, “the world” such venues offer these amazing beings in captivity is entirely unnatural. Their natural world is the wild. So people who appreciate and care for dolphins would better use the occasion to pledge to turn their backs on the captive industry for once and for all.

As World Animal Protection has pointed out, the name dolphin doesn’t relate to a specific species. It refers to a specific family of cetaceans, known as Delphinidae. Bottlenose dolphins, spotted dolphins, orcas, pilot whales, false killer whales, and melon-headed whales all belong to this family. In fact, the Delphinidae family is the largest one among cetaceans, with over 30 species. As well as the Delphinidae family, whose members are oceanic, there’s the Platanistidae family, aka river dolphins.

Dolphins are as diverse in their distribution as they are in their abundance of species. As the Encyclopedia Britannica’s Saving Earth series points out, you can find them almost everywhere in the ocean, apart from the Caspian and Aral seas. They are also present in a large number of river systems. They have been around since the Miocene epoch, which started over 20 million years ago.

Sleeping with one eye open

As Saving Earth says, dolphins are famed for their “grace, intelligence, playfulness, and friendliness.” In the case of bottlenose dolphins, this intelligence is distinctly apparent in their long memories. As far as humans know, they have the longest social memory among other animals. They can recognise the whistles of another dolphin that they haven’t encountered for some 20 years. World Animal Protection says cetaceans’ “brain physiology” and “complex behaviour” suggest “high levels of intelligence, sophisticated thought and cognition.”

The way orcas and other cetacean species sleep, along with several birds and potentially reptiles, is a testament to how extraordinary their brains are. In order to ensure they keep breathing (and safe) while sleeping, they only rest one-half of their brains at a time. This is known as “unihemispheric” sleeping. As the Whale and Dolphin Conservation (WDC) charity points out, they even “periodically alternate which side is sleeping so that they can get the rest they need without ever losing consciousness.”

A shadow of their natural selves

Little of dolphins’ innate complexity and diversity will be apparent to people who have seen these cetaceans up close, however. Because many of those interactions will have happened in captivity, the dolphins are a shadow of their natural selves.

Humans have been brutalising cetaceans for so-called entertainment since the 1860s. After the 2013 documentary Blackfish, and amid a growing recognition that sentience – the ability to feel – is not a reserve of human animals, you’d think people would know better by now. But no, it appears there’s still an audience for captivity-based venues. World Animal Protection produced a report called Behind the smile in 2020. It showed that cetacean captivity remains widespread globally. The organization’s research found that there were 355 facilities in 58 countries keeping cetaceans captive in 2018. That’s extremely bad news for the cetaceans involved. For them, captivity comes at a high physical and psychological cost.

A physical and psychological nightmare

One of the more visible signs of physical issues associated with captivity is dorsal fin collapse. SeaWorld has previously insisted that it “isn’t an indicator of the animal’s health or well-being.” But the statistics speak for themselves. As WDC notes, captive orcas “spend most of their time swimming in endless circles,” which causes their dorsal fins to collapse. It’s estimated that only 1% of wild orcas experience this. But 100% of captive male orcas have a collapsed dorsal fin, WDC says.

The World Animal Protection report also asserts that bottlenose dolphins are at higher risk of “developing metabolic syndrome and insulin resistance” than their wild counterparts. It says that dehydration is another significant risk for captive cetaceans, due to their diets of “frozen then thawed fish” being inadequate in “nutrients and water content.” Meanwhile, cetaceans are constantly exposed to unnatural chemicals in captivity, due to the cleaning agents in their pools. World Animal Protection argues they face a clear risk of “developing health problems as a result” of this. The organization also points out that pneumonia is likely the leading cause of death in captive marine mammals, often due to mismanagement.

The report further says that captive dolphins have “far more dental problems” than those in the wild. Self-mutilation of the dolphins in question is a “major factor” in this. Meanwhile, it highlights that, alongside the routine administering of antibiotics and other medications that wouldn’t be necessary outside of captivity, some venues give anxiety drugs to cetaceans. Clearly, self-mutilation and anxiety indicate poor mental wellbeing in these captive individuals. Some individuals even appear to have committed suicide. There are cases where dolphins have opted to not continue breathing, while an orca – Hugo – died after smashing his head into the side of his tank in 1980. He had exhibited similar self-destructive behaviour in the past.

Repetitive and stress-related behaviours can also be apparent in captive cetaceans, such as swimming in circles and floating listlessly. Inappropriate groupings, limited space and the inability to escape situations, can lead to aggression between individuals too.

Of course, much of this suffering may not be obvious to people who attend captivity-based attractions. So their experience can be worlds apart from that of the cetaceans involved. Reviews of such attractions variously describe them as “awesome”, “impressive” and a “must see!!.” But what makes for a “wonderful”, “excellent” and “amazing” time for visiting humans can, as already explained, be an absolute living nightmare for the other animals involved.

Thankfully, ethical alternatives do exist. The World Cetacean Alliance (WCA) has, for example, developed the Whale Heritage Site (WHS) initiative. These are sites where tour operators who “protect the welfare of marine wildlife” can offer tourists the opportunity to experience cetaceans living “free and thriving in the wild, where they belong.” There are currently four WHS sites globally. These are South West Tenerife’s Tenerife-La Gomera Marine area, California’s Dana Point, The Bluff in South Africa, and Australia’s Hervey Bay.

Most captivity-based entertainment is no picnic for the non-human animals involved. That’s why many people are turning away from the industry. They recognise the inherent cruelty in enslaving living beings for entertainment. So they’re seeking out the alternatives, such as legitimate sanctuaries, hologram circuses (where circuses substitute holograms for live beings), and tourist experiences that support conservation instead.

Everyone can help end the shameful captive entertainment chapter in history. You can show solidarity with your fellow earthly travellers by refusing to engage with the industry that’s still living in those dark ages. When it comes to stop supporting captive cetacean entertainment, there’s no better time to pledge to do so than during Dolphin Awareness Month.

Sign these petitions to help save dolphins and end their captivity: