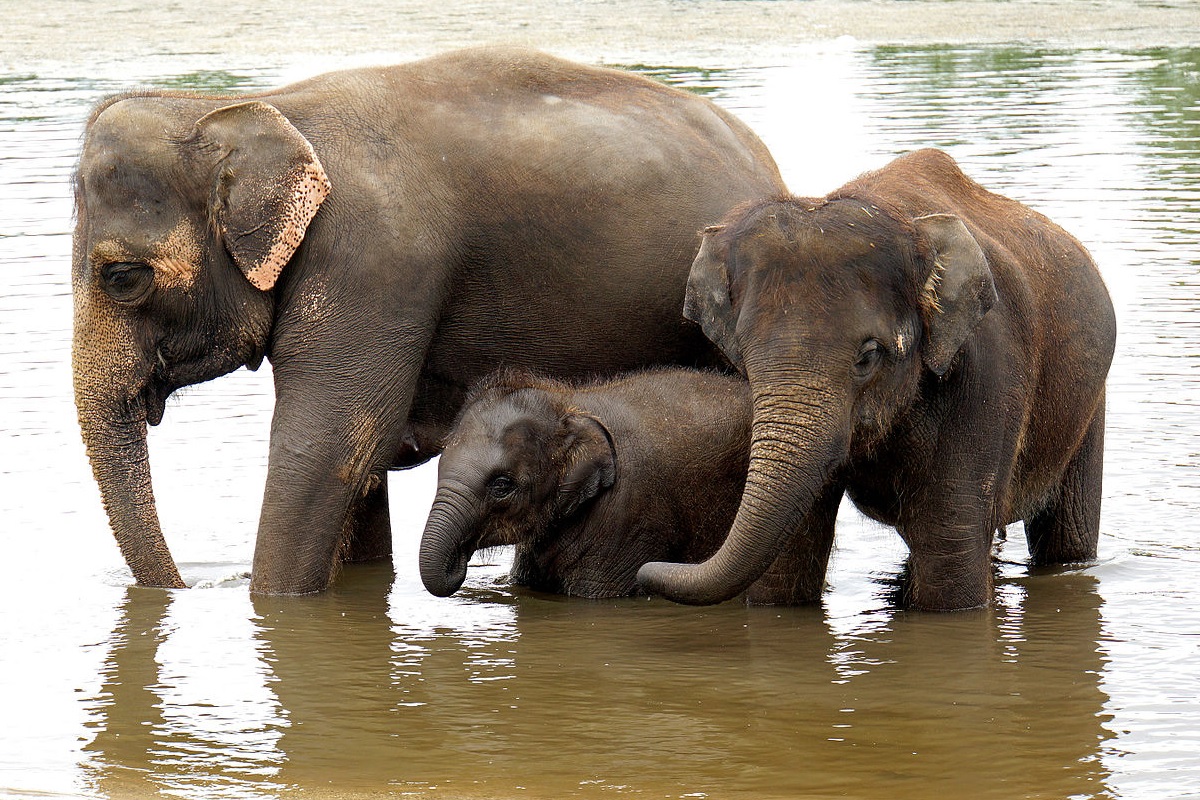 UK-based campaign group Save the Asian Elephants (STAE) is pushing for a ban on advertising in the country of unethical elephant tourism venues. Its campaigning hit a milestone in early 2021, with a petition on the issue surpassing a million signatures. STAE’s founder Duncan McNair says it is “the largest petition in history for the elephant species”.

Asian elephants have been on the International Union for Conservation of Nature’s (IUCN) Endangered list since 1986. National Geographic says that there are only an estimated 20,000-40,000 of them remaining in the wild. This is significantly less than their African counterparts. Over the last couple of years, estimates for the latter’s total remaining populations have ranged between 350,000 and 415,000.

Many Asian elephants live in captivity, as do a number of African elephants. People put captive elephants to work in industries such as logging and tourism. They also feature these elephants in festivals. But elephants are, of course, wild animals. So their owners, particularly in Asia, often subject them to a brutal training process known as pajan to make them compliant. As McNair has previously explained, this training generally takes place when elephants are young. But this is not always the case. In February, the Indian authorities captured a 20-year-old wild elephant they say is responsible for killing three people. Shankar, as the elephant is known, is now undergoing training.

In pajan, the elephants are first isolated, McNair said, which is “disastrous, psychologically for… highly social animals”. Then they’re “often put in a wooden cage called a crushing cage… and the bars are gradually closed in on” them. While in the crushing cage, the elephants can face beatings, stabbings, and starvation, among other horrors. The process can take weeks or more. McNair said people force those elephants who survive the ordeal “into service” in tourism. In the industry, they are then “kept obedient… and terrified through the liberal use of a horrible weapon called the bull hook or ankus”.

STAE has found that the UK travel industry widely promotes elephant-related holidays, where the pachyderms involved may have suffered this sort of brutality. In July 2020, the group said it had identified 488 companies promoting such unethical holidays. 114 of them were members of the UK travel trade association ABTA.

At the time, ABTA, a membership organization for travel agents, claimed that it “proactively encourages travel companies to either not offer, or move away from, unacceptable practices and to work in partnership with suppliers to raise standards”. But ABTA’s ‘proactive’ guidelines are not enforceable. Meanwhile, the trade association has said that it lacks the power to “make legally enforceable regulation”. So STAE is calling on the UK government “to ban the advertising, promotion or sale of unethical Asian elephant-related holidays”.

In a statement to One Green Planet, McNair explained that the group has had various meetings with the government on the matter. He pointed out that it’s “a pressing issue not just for animal welfare but public health too”, with tourists – and workers – who interact with traumatized elephants at risk of injury and contracting diseases. So McNair said that STAE has proposed a new law that “aims to protect humans as well as elephants by only permitting adverts for genuine sanctuaries.” He described such sanctuaries as those where people observe elephants “at a distance safe and respectful to both them and humans”. Elephants should also be able to exhibit their “natural behavior as a herd in natural surroundings”, he said.

McNair said that the government has been “receptive” in the discussions. He added, “They have given us a lot of time, and I do believe they are taking it seriously, for which we are so grateful”.

Immense support for a ban

Many members of the public support the ban, as the petition shows. But STAE has gathered endorsements from far and wide for its proposal. Numerous celebrities, politicians, conservationists, religious leaders, media figures, and other NGOs have backed STAE’s call for a new law.

The naturalist and TV presenter Chris Packham, for example, commented “The brutality to Asian elephants in tourism is often described as the worst animal cruelty of all. These mighty ‘megagardeners of the forests’ are crucial to the replenishment of our environment, containing our carbon footprint and curbing climate change. We destroy them at our peril. I completely support this great move to ban adverts for unethical resorts and practices”.

Lek Chailert, the founder of Elephant Nature Park and Save Elephant Foundation in Thailand also said of the proposal: “To promote Asian elephants for entertainment is to be complicit in the abuse which can see No End until we say No More. The traveler should be made aware that deep suffering follows in the wake of their enjoyment, and the elephant’s peaceful life is overthrown forever. I applaud the efforts by Save The Asian Elephants to obtain protection for the Giant by new law in the UK. It is an extremely important step for the elephants”.

“Elephants are wild animals – not entertainers”

World Animal Protection’s CEO Steve McIvor has also backed the call for a ban. The charity has campaigned for “responsible tourism” and an end to elephant cruelty for many years too.

In February, it celebrated victory for 20 elephants at Amer Fort in India. The Forest Department of Rajasthan has ordered that the elephants should retire. World Animal Protection says they are extremely sick. Over 100 elephants ‘work’ at the fort, carrying tourists up and down steep paved floors. The charity says many of the elephants there are “in dire need of medical help”, due to various health issues. These include blindness, tuberculosis, blood issues, malnourishment, and foot problems.

Head of the charity’s Animals in the Wild campaign, Nick Stewart, said “We are delighted that around 20 of them are finally being retired from this awful life of captivity, but we will not give up until elephant riding is a thing of the past. Elephants are wild animals – not entertainers”.

As support for STAE’s proposed law illustrates, many people agree that elephants aren’t entertainers. Many also believe that the cruelty they endure for tourism is beyond unacceptable. Now the UK government needs to step up and end the promotion of unethical elephant tourism, in line with the people’s wishes.

Sign STAE’s petition calling for an end to the brutal treatment of elephants. You can also write to the authorities involved in Shankar’s incarceration and urge them to pursue a humane alternative for him.