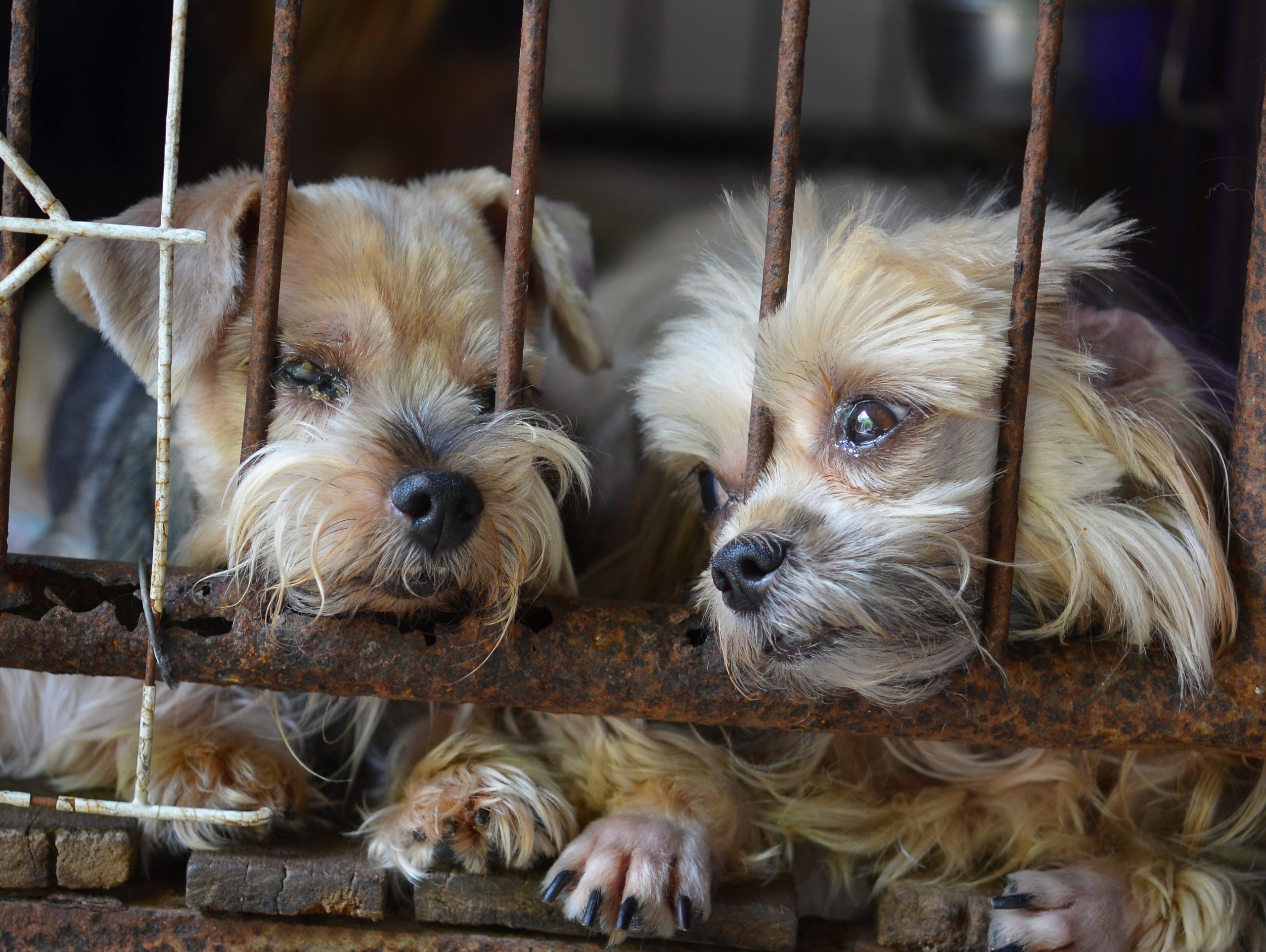 There’s no denying it: puppies are adorable. With their wiggly bodies, clumsy footing and their adorable puppy breath, it’s easy to understand why everyone gushes over them. Having a puppy is exciting, and from teaching a child about responsibility to wanting a “certain” type of dog, many people like to buy puppies, instead of adopting from their local shelter.

A dark past comes with dogs from puppy mills. Puppies that are bought from pet stores almost exclusively come from large-scale commercial dog breeding operations, also known as puppy mills.

There are between 2,000 and 3,000 USDA-licensed breeding facilities (puppy mills) in the United States. However, this number does not take into consideration the number of breeders not required to be licensed by the USDA or the number of breeders operating illegally without a license. The size of these facilities varies from having only a few breeding dogs to having a thousand.

Even though it’s difficult to get an exact number of how many puppy mills are in the United States, the miserable lives of these dogs is certain. Rescuers have consistently found puppy mills filled with feces, over-bred mothers, as well as diseases running rampant.

If you or someone you know is considering buying a dog from a puppy mill, please consider the following common illnesses and rethink your decision to buy, instead of adopting.

Dogs that are well-cared for in shelters and homes have their nails trimmed on a regular basis (regular exercise also wears down the nail). But, in puppy mills, long nails can grow or get caught around the wire of the cage, trapping the dog. It’s even possible that the toenail can painfully grow back into the dog’s skin. Even the most basic of grooming practices are commonly neglected in puppy mills.

Puppy mills and breeders have one thing in mind: maximizing profits. Female dogs are bred at every opportunity, with little to no time to recover in between litters. According to the ASPCA, “Because puppy mill operators often fail to apply proper husbandry practices that would remove sick dogs from their breeding pools, puppies from puppy mills are prone to congenital and hereditary conditions.”

Health problems on puppy mills can include:

Because they are confined to such small cages, their fur mats catching urine and feces in the process. This excess of matted fur makes the dogs look bigger than they actually are, and once they are shaved, their emaciated bodies are revealed.

Not only do these unsanitary conditions contaminate their food sources, but they infect the dogs themselves. Most of these dogs aren’t give the necessary medication or doctor’s visits. It isn’t uncommon for them to go undiagnosed and untreated. The puppies that are ultimately sold to consumers are commonly sick before they even arrive at their forever homes, and sadly, some die shortly after they are purchased and brought home.

It isn’t uncommon for a dog from a puppy mill to lack socialization and to exhibit fearful behavior with humans and other animals. Puppies are typically removed from their littermates, as well as their mothers at just six weeks of age. But, the first months of a puppy’s life are critical for the socialization of puppies, and spending time with their mother and littermates helps prevent puppies from developing problems such as:

Genetic deformities such as cleft palate or an overly large underbite are frequently discovered in dogs who have been rescued from puppy mills. Needless to say, these unfortunate animals are not the ones breeders decide to show to the public. Only the cutest puppies are considered worthy of being put up for sale, while the rest have to remain in cages, being used as breeder dogs until their “productivity” declines … at which point they are usually killed.

That would have been the fate for Lily, an Italian Greyhound in the photo above, who was rescued from a puppy mill by non-profit National Dog Mill Rescue.

Save a Life: Adopt

Please always adopt and never buy. With millions of animals waiting in shelters and over 1.5 million dogs and cats being euthanized in U.S. shelters every year because they don’t have a home, adoption is always the best option. Shelters and rescue groups do have puppies and purebred dogs, so it’s not necessary to go through a breeder when there are already so many animals looking for a loving home.

If you want to know how you can help put an end to abusive puppy mills, check out these other One Green Planet articles: