Why Breeding Dogs is a Problem, Even if the Breeder is ‘Reputable’ 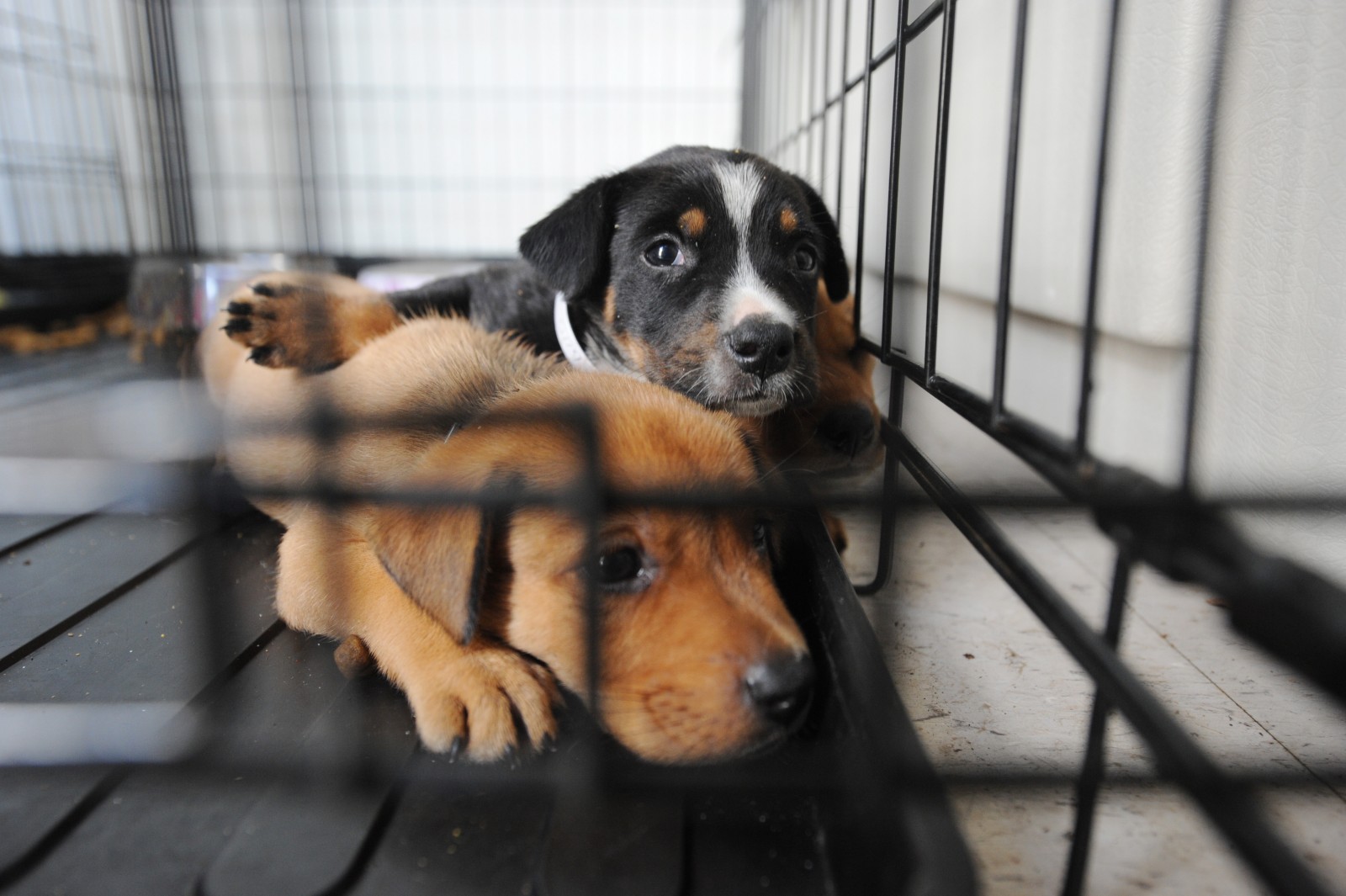 Despite the fact that nearly 62 percent of Americans have a pet, there are still more than 70 million homeless dogs and cats living in the U.S. Of these 70 million needy animals, only around six to eight million enter shelters each year. Although they only take in a fraction of America’s homeless animals, these shelters are mostly packed to capacity and strapped trying to function with limited funds. Yet, regardless of this wealth of pets looking for loving homes, only around 20 percent of Americans adopt their dogs from shelters.

So where are the other 74 percent coming from? Well, breeders.

You can find virtually any breed of animal in your local shelter – purebred or mixed – but consumers continue to pay hundreds, sometimes thousands, of dollars for dogs from breeders.

Some believe that by purchasing their dogs from a special breeder they will somehow be getting a “superior” pet, however, not only is this false but there are a number of other reasons that breeding dogs is irresponsible and harmful no matter how good their reputation may be.

The Myth of Purebred Superiority

Consumers looking for a new family pet are willing to pay exorbitant amounts for a purebred dog because they’re told that the puppy has been raised in a loving environment and will grow up to have a friendly disposition with minimal health problems.

However, there is no way to really tell because in many cases, it’s dependent on the individual dog. While there may be breeders that take precaution to avoid inbreeding (which often leads to significant health issues), and are selective with the dogs they do breed, making sure to raise them in loving environments, there is no definitive “rule” that guarantees these animals won’t suffer from health or behavioral problems early or later on.

You can never forget that breeders are still trying to run a business at the end of the day, so it is only in their best interest to advertise the benefits to owning a purebred, and even perpetuating the myth that certain positive attributes cannot be found in shelter dogs. Ironically, the Humane Society estimates that 25 percent of dogs in shelters are purebred.

What Distinguishes a “Reputable” Breeder

Now, when we refer to “reputable” breeders, it’s merely to differentiate between those that breed their animals “responsibly,” and those that don’t. A lot of consumers don’t do research prior to purchasing their new four-legged family member, and as a result, end up buying their new best friend from cruel puppy mills. Others rely on the American Kennel Club’s (AKC) inspection certification to ensure that the dogs they purchase are both purebred and don’t come from an abusive background. However, an exposé into the AKC’s inspection program revealed that many of these certified breeders subject their dogs to puppy mill-like conditions as well.

Although the AKC is considered the highest authority on purebred dog standards, Ed Sayer’s, the President of the ASPCA, stated in the New York Times that a number of the raids his organization has carried out involved commercial breeding facilities that were registered with the AKC.

Many puppies who come from puppy mills suffer from serious health problems as a result of reckless breeding. For example, the New York Times highlighted the story of one woman who purchased a puppy from an AKC breeder only to find out the puppy suffered from a number of abnormalities as a result of reckless breeding practices; the breeder had passed AKC’s inspection only two weeks prior. Two months later the facility was raided and all of the dogs were removed from the breeding facility.

When a representative from the AKC was questioned as to just how many breeders have AKC registered dogs in the country, they admitted that they did not have those figures. While the AKC may not believe they’re responsible for all breeders, their approval of these substandard facilities is deceiving to consumers and frankly, they should be held accountable for the breeders they certify.

The Question of Overpopulation

Reputable breeders have a passion for breeding dogs and many do genuinely love the animals they care for, but that does not address the very real problem of what breeding pets does to the existing pet overpopulation problem.

According to the ASPCA, 1.2 million dogs are euthanized in shelters every year because of lack of space, resources, and people who are willing to adopt these animals. No matter how you look at the issue, the idea of producing more dogs to meet the “demands” of people who are willing to pay thousands of dollars for a purebred pup while there are hundreds of thousands of purebred dogs waiting in overcrowded shelters is incredibly irresponsible.

The fact is, all dogs deserve a loving home, but when these dogs become commodities who are bred for profit, it doesn’t matter how well-meaning or qualified the breeders are. If we wish to put an end to the gross pet overpopulation problem and provide loving forever homes for dogs who truly need it, there is no real justification for the perpetuation of dog breeding.

So please, be a Green Monster and always adopt, don’t shop!