Biden Caps Slaughter Line Speeds at Chicken Plants, Here’s What Needs to be Done Next 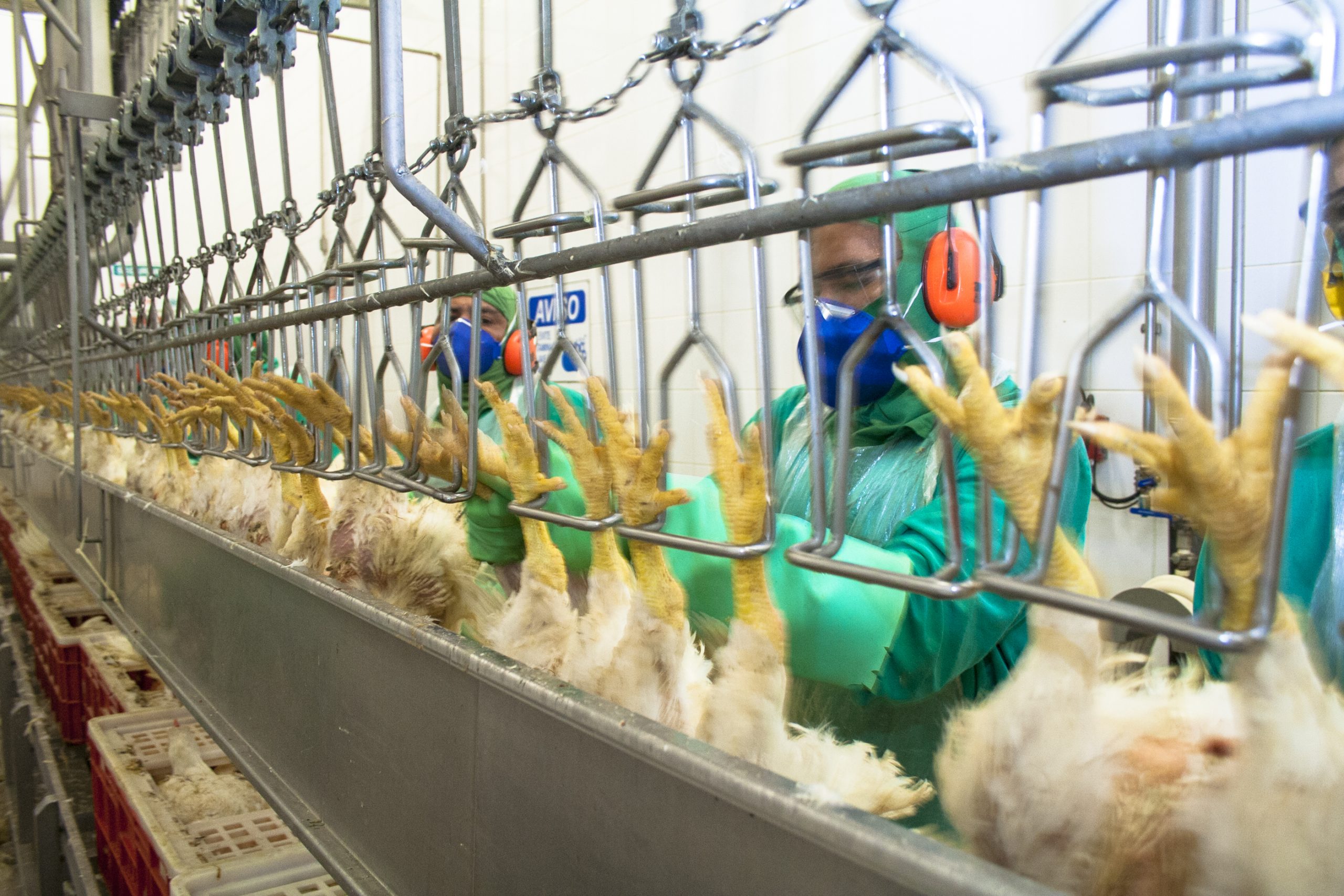 A new presidential administration has meant a renewed, albeit cautious, sense of hope for advocates across the country. Joe Biden has been applauded by many animal welfare and workers’ rights advocates for withdrawing a looming Trump-era rule to increase slaughter line speeds for chickens to a terrifying 175 birds killed per minute, signaling a potential change in the executive stance on factory farming and the meat industry. Line speeds will remain capped at 140-for animal advocates, it’s just one small step in the right direction.

It has been well-documented that increasing the speeds at which animals are slaughtered substantially increases a variety of risks. For the animals, the potential for suffering goes up as line speeds do. For workers, risk of injury rises. And for consumers, food quality and safety are eroded. A Washington Post investigation also found that chicken slaughter plants already engaging in faster slaughter speeds are more likely to see COVID-19 spread among workers.

It’s those particular slaughter facilities that remain of grave concern for Giovana Vieira, veterinarian and Ph.D. in Animal Behavior and Well-being. “Although it was a small victory for the animals and slaughterhouse workers, Biden’s executive action did not revoke the 54 waivers that were granted to poultry slaughterhouses to allow them to operate at 175 birds per minute.” In other words, there are still millions of chickens enduring increased slaughter speeds and the associated dangers of injury and harm.

Vieira also points to a related, ongoing concern for chickens being slaughtered by the billions each year in the US: live-shackling. Animal advocates around the country are currently campaigning against this especially inhumane aspect of slaughter, which involves hanging birds upside down by their feet and submerging them into electrified water before running their throats across a blade. “Workers shackling chickens must hang dozens of birds per minute to keep up with standard line speeds,” explains Vieira, adding that doing so can break or dislocate the animals’ legs. Hanging chickens upside down also increases their stress and anxiety, she says. “Unlike humans, chickens don’t have a diaphragm. When they are hung upside down, their organs press down on their lungs, making it difficult for them to breathe. In the US there is no regulation for how long a conscious chicken can be hung by its feet like this before being killed.”

The electrified water-bath intended to then render the animals unconscious—before they’re cut and bled out—can also fail. “If the birds are ineffectively stunned, they will feel the pain of the blade slitting their throats. Or they may still be able to move when they reach the automated blade, and avoid it entirely,” Vieira says. She also notes that although slaughterhouses have what is known as a “backup cutter”—a person who slits the throats of chickens by hand if they miss the automated blade—“at up to 175 chickens per minute, many are missed entirely. When this happens, the chickens are submerged into the scalding tank, a vat of boiling water, while alive and conscious.” According to the USDA, more than 500,000 chickens died this way in 2019.

Thousands of consumers are demanding change to America’s current cruel chicken slaughter systems, by asking producers to end live-shackling and instead transition supply chains to a more humane method of slaughter, namely Controlled Atmosphere Systems (CAS). With CAS, conscious chickens do not need to be picked up by workers and flung into shackles, but rather they can remain in their crates close to other chickens—a far less stressful experience for the animals, and easier for workers. While in their crates, the birds become unconscious via carbon dioxide (CO2), or a mixture of gases, usually applied in phases to minimize any experience of discomfort or pain. This would also eliminate concerns about slaughter line speeds.

Following his move to shut down increased slaughter line speeds for at least some chicken processing plants in the US, President Biden would be wise to also take similar action for pigs. In 2019, then-president Donald Trump moved to completely eliminate slaughter line speeds for pigs, and delegated inspection responsibilities to local plant employees who are not specifically trained in food safety or regulatory compliance. As with the chickens, this move has also been detrimental to pigs and pig plant workers.

Ultimately, there is hope as we venture into 2021, that we will continue to ramp up the pressure on these industries, and raise necessary awareness in order to ensure that animal welfare, worker safety, and human health are prioritized over speed, efficiency, and profit.