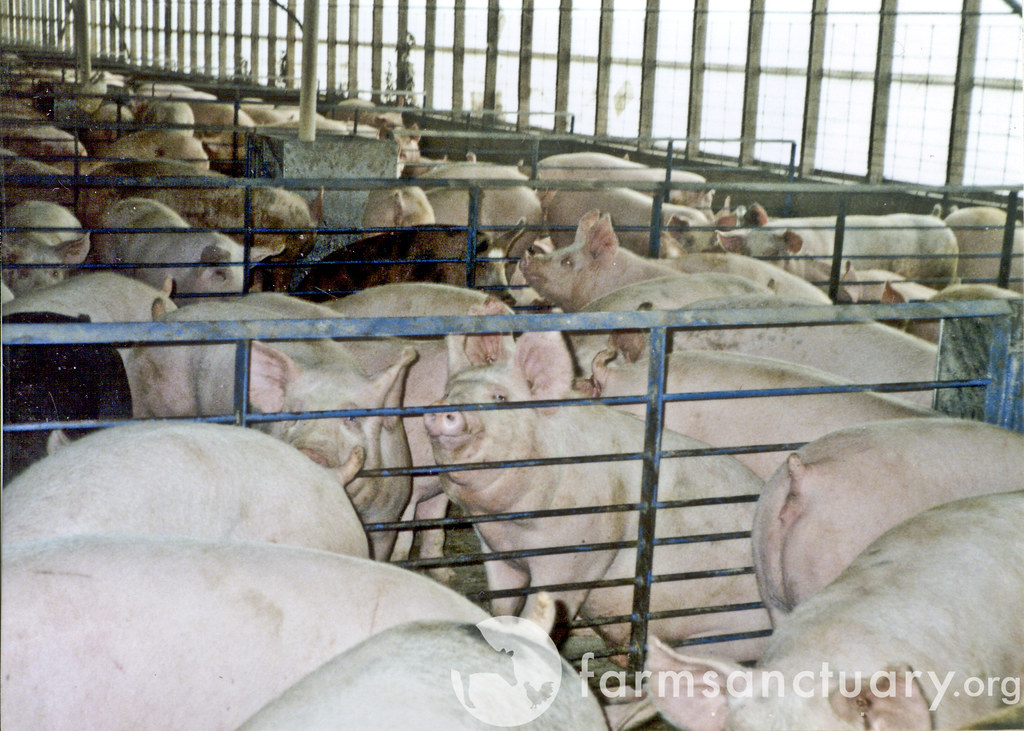 In light of the Coronavirus, we are seeing first hand how wildlife trade and meat consumption are related to infectious diseases and the deadly risk it poses to public health. It is therefore critical for governments to enforce stricter welfare standards for commercially-raised animals and ensure food safety is a priority.

Unfortunately, this is not the case.

The biggest Animal protection groups in the country came together and sued Secretary of Agriculture Sonny Perdue and the Department of Agriculture on February 11, 2020, for failing to protect pigs who are too sick, downed or injured to walk (also referred to as nonambulatory disabled or NAD pigs) at slaughterhouses, posing serious risks to animals and human health. They are collectively demanding rule-makers to improve food safety, animal handling, and inspector efficiency at slaughter establishments.

In 2002, Congress amended the Humane Methods of Slaughter Act—which governs not just the slaughter of animals but also their handling at the slaughterhouse—to direct the Secretary of Agriculture to investigate and report to Congress on a host of issues related to nonambulatory livestock, including humane handling, and to put into effect any regulations needed to protect these animals. However, despite the amended passage of nearly two decades, there is no indication that the USDA has ever reported on nonambulatory pigs, even though pigs comprise approximately 75% of livestock slaughter in the U.S.

The lawsuit, filed in federal court in Rochester, New York, challenges the agency’s failure to follow Congress’s longstanding mandates regarding these “downed” or “non-ambulatory” animals, as well as its recent denial of a petition to ban their slaughter. Plaintiffs are Farm Sanctuary, Animal Legal Defense Fund, Animal Outlook, Animal Welfare Institute, Compassion in World Farming, Farm Forward, and Mercy For Animals. They are represented by the Animal Law Litigation Clinic at the Center for Animal Law Studies at Lewis & Clark Law School.

124.4 million pigs were slaughtered in the US in 2018 and we’re on track to have a record year for pork production in 2020. Over 4 Percent or more than half a million pigs arrive at U.S. slaughterhouses too sick or injured to stand or walk. These animals are often kept in holding pens where they are unable to rise from feces-ridden floors before being slaughtered. Downed pigs are at a heightened risk of carrying a host of human-transmissible pathogens, including Listeria, Campylobacter, Salmonella, Swine Flu, and Yersinia.

In addition, pigs who are too sick or injured to stand are far more likely to harbor disease. “Lameness” an abnormality common to NAD pigs causes several bacterial and viral diseases like Listeria which contributes to an estimated 28% of U.S. foodborne illness deaths. Erysipelothrix rhusiopathiae, a bacterial infection that can cause human septic arthritis, endocarditis, and meningitis. Brucellosis, one of the most common zoonotic diseases. Porcine spongiform encephalopathy, the pig equivalent to mad cow disease. Various other bacterial infections that cause human joint and bone infections, pneumonia, fatal endocarditis, zoonoses for workers, all present as lameness in pigs. 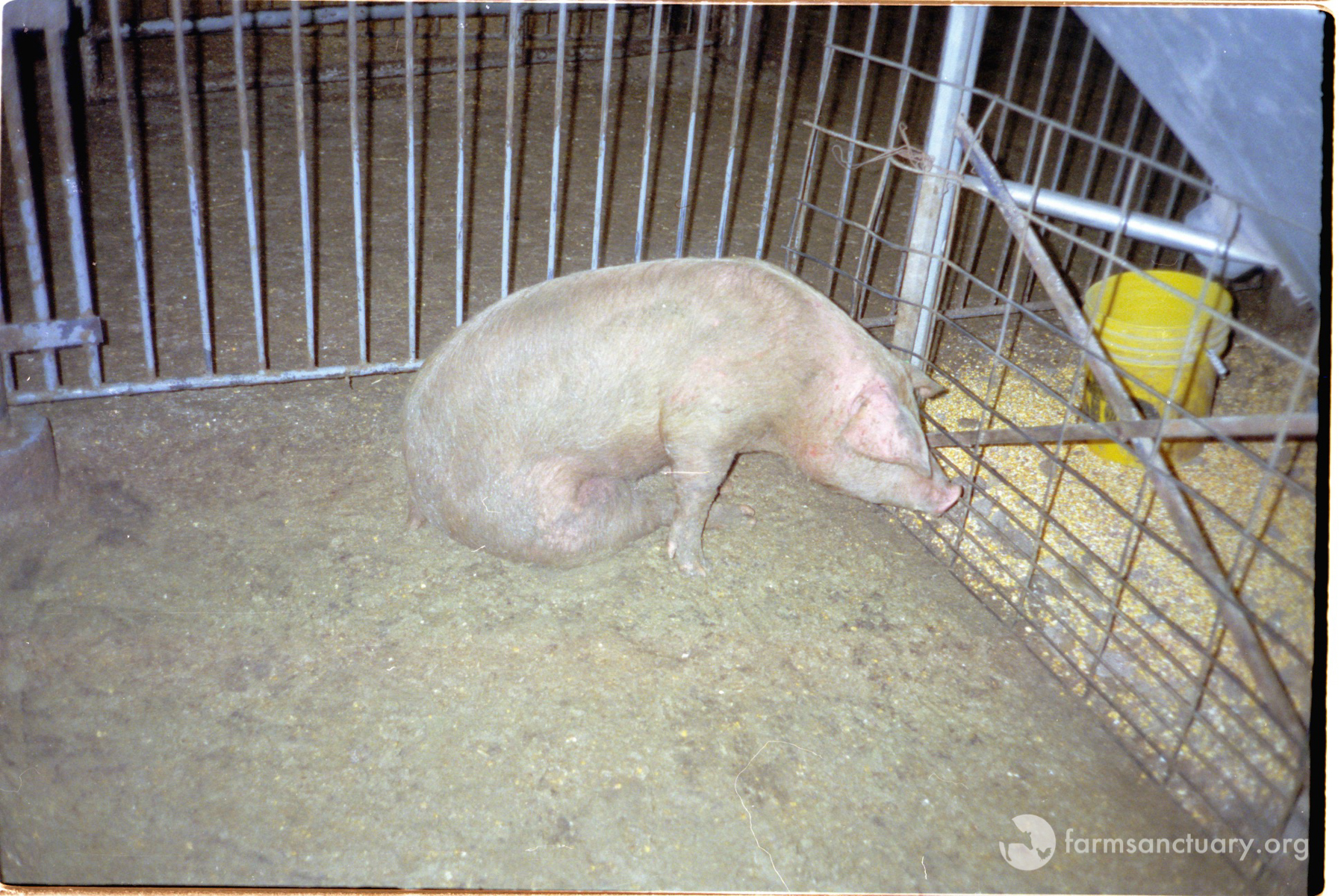 How Inhumane Treatment of Animal Leads to Disease

Another major concern these groups have is that the slaughter of downed livestock creates an incentive and a heightened risk of inhumane handling, including being excessively electro-shocked, prodded, kicked, shoved, and dragged by workers attempting to force them to move ― which exceptionally increases disease risk.

Warning: the video below contains distressing content. Please use discretion.

Establishments have a strong incentive to hold NAD pigs for as long as it takes them to rise since a NAD pig that rises is worth at least $38 more than a pig that does not rise ― this increased lairage time will make NAD pigs at least 3-9 times more likely to contract Salmonella.

“The federal government continues to treat pigs as industrial commodities to be produced as cheaply as possible, without regard for animal welfare or consumer safety,” said Irene Au-Young, a student in the Animal Law Litigation Clinic who is representing the plaintiffs. “The law doesn’t allow this total disregard, and this lawsuit will hold the government accountable for forcing sick and injured animals to the killing floor and onto the dinner plates of unsuspecting consumers.” 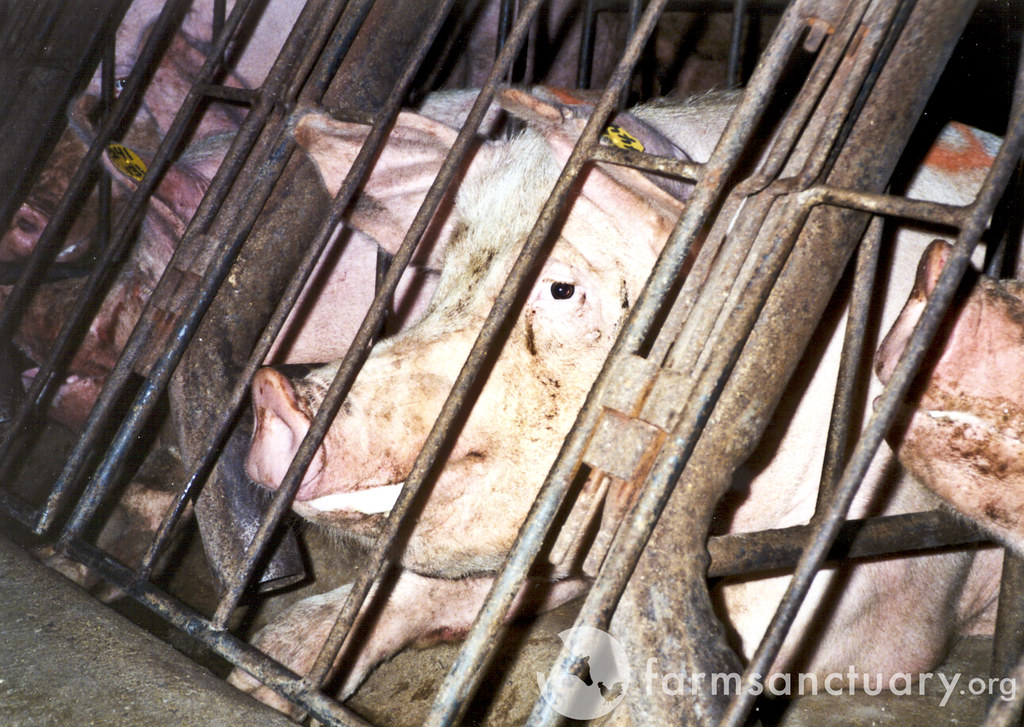 FSIS inspector Dr. Dean Wyatt testified before Congress that slaughter establishments screened off unloading areas so that FSIS could not document humane handling violations. He also testified that he had repeatedly been told not to prepare noncompliance records or take other enforcement actions, even after witnessing workers punching a NAD pig in the face and nose 8-12 times.

As reported verbatim in the complaint:

Just 16 days later, at the same establishment, a worker put a knock hole in a NAD pig‘s head and loaded the pig—bleeding and fully conscious—into a cart without the FSIS inspector noticing. The worker then wheeled the disabled pig to another pen, where another worker shackled the pig‘s leg and began to drag the conscious pig to the hanging area. At this point the inspector intervened, rescuing the pig, which was still rhythmically breathing and blinking her eyes, and ensured the pig was euthanized. The inspector then allowed the pig to be shackled, hung, and processed for human consumption. FSIS reinstated its suspension of the plant, but held it in abeyance two working days later, allowing slaughter operations to resume.

What These Groups Seek

This reform would reduce the risk of meat contamination, end the uncertainty about how to deal with NAD pigs, improve the efficiency of the inspection process, and decrease the multiple incentives for inhumane treatment of animals on farms, during transport, and at slaughter.

How You Can Help!

Sign this petition to ban gestation crates and demand better conditions for pigs.

Many new diseases are the rise due to factory farming and this is just another reason to reduce animal products from your diet. Pig products continue to face criticism from top organizations over health concerns.  Processed meats have also been linked to cancer. NYC schools have banned processed meats and new legislation in DC is trying to remove it from hospitals. Read more about how factory farming impacts human health below:

You can get healthier by reducing your dairy and meat consumption. Eating more plant-based foods is known to help with chronic inflammation, heart health, mental wellbeing, fitness goals, nutritional needs, allergies, gut health and more! Dairy consumption also has been linked to many health problems, including acne, hormonal imbalance, cancer, prostate cancer and has many side effects. We highly recommend downloading the Food Monster App — with over 15,000 delicious recipes it is the largest plant-based recipe resource to help reduce your environmental footprint, save animals and get healthy! And, while you are at it, we encourage you to also learn about the environmental and health benefits of a plant-based diet.