The Language of Vegan Food and Why It’s So Important 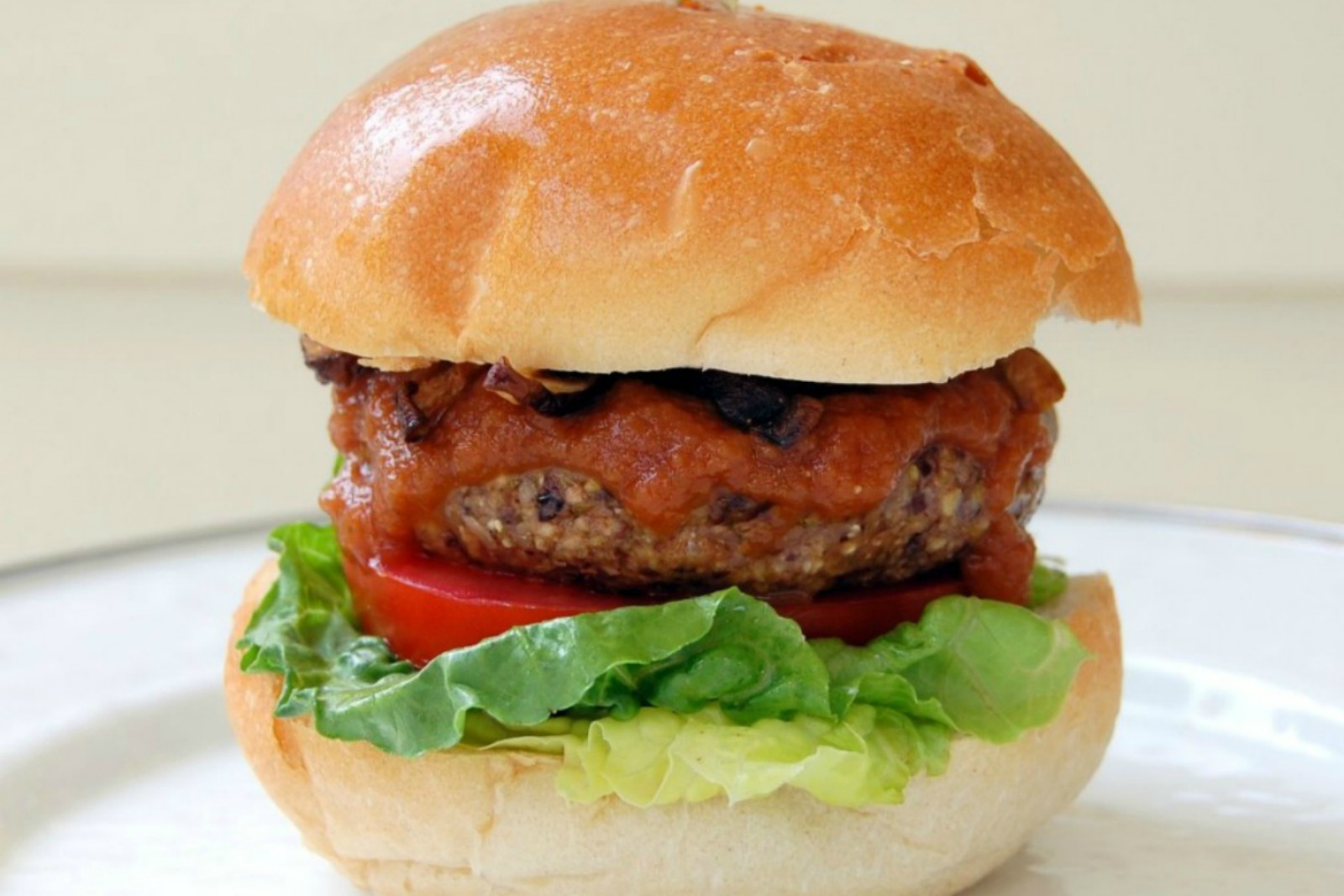 “You are what you eat.” We have all heard that saying. I eat whole foods that are healthy and natural – fresh fruit and vegetables, whole grains, legumes, nuts and seeds. I also eat some foods that use plant-based ingredients to create vegan versions of other foods such as cheese, milk and meat. One day a debate ensued about using the word “meat” when describing one of my recipe makeovers for lentil meatballs. Some people don’t like to see or hear words that remind them of food made from animals. I respect that so I went on my blog and put all the words in my recipes like “meat,” “cheese,” “milk” and “yogurt” in quotation marks. There were suggestions that I come up with “alternative” names for my recipes, e.g. sweet loaf, veet loaf or maybe I could do what the big companies do and purposely misspell words like “chickn” or “wyngz” (as if removing a vowel or changing a letter doesn’t make you think of an animal at all.)

I ended up struggling over what to call my veganized recipes. I didn’t feel comfortable with the made-up names or the misspellings and I began to dislike the quotes as well. You may wonder why it matters so much but it does. The language of vegan food is about more than coming up with catchy names for animal-free foods. It is integral to the advocacy of veganism itself. Here are just a few reasons why the language of vegan food is so important. 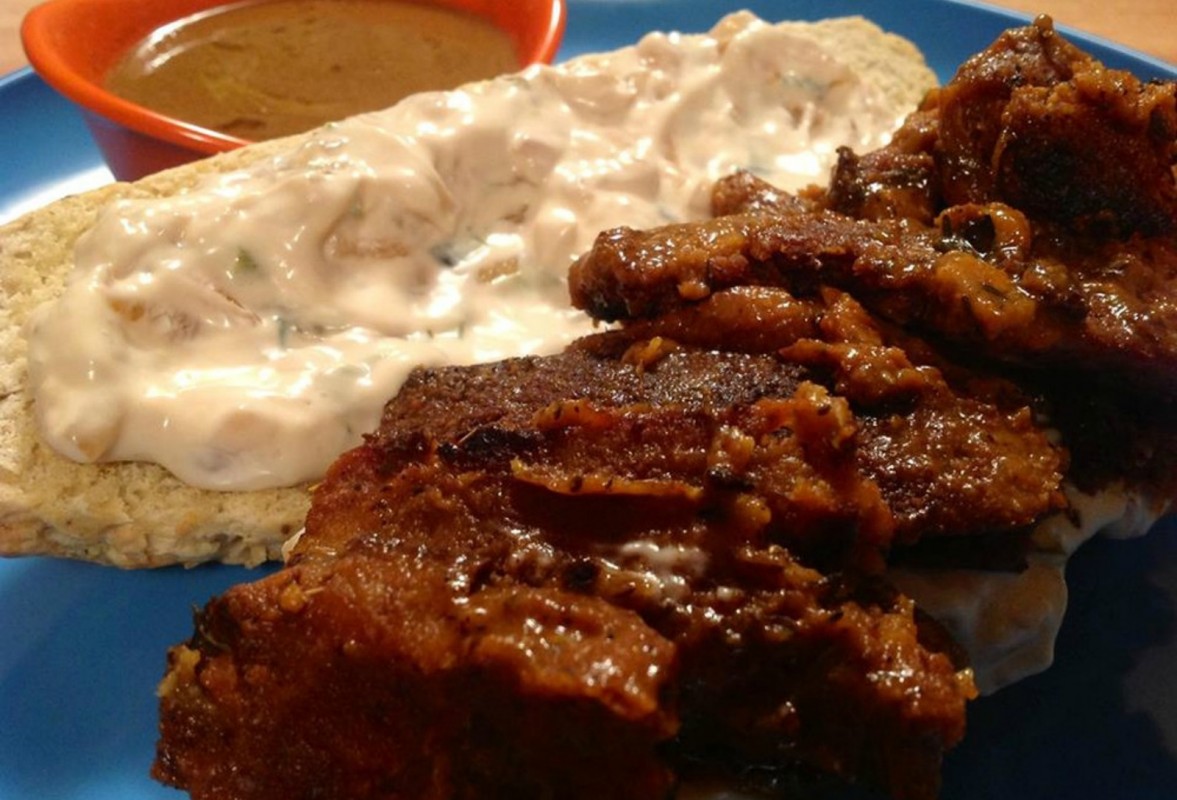 In order to be able to debate anything, we have to know all the facts and that includes the etymology of certain words. According to The Online Etymology Dictionary, the term “meat” comes from the Old English word “mete” which meant food as opposed to drink. It wasn’t used to mean animal flesh until much later around the 14th century. Today we talk about the meat of a coconut, walnut meat and seitan being wheat meat. There is a wide variety of vegan meats available to us. The word “flesh,” according to The Free Dictionary, is used in botany to mean “the pulpy, usually edible part of a fruit or vegetable” and can also mean substance. “Milk” is a term used to describe the liquid expressed from seeds, nuts and grains as well as from non-human animals and human animals. The variety of non-dairy milks is extensive and delicious. These terms don’t belong to animal foods and should not be reserved for those foods alone. 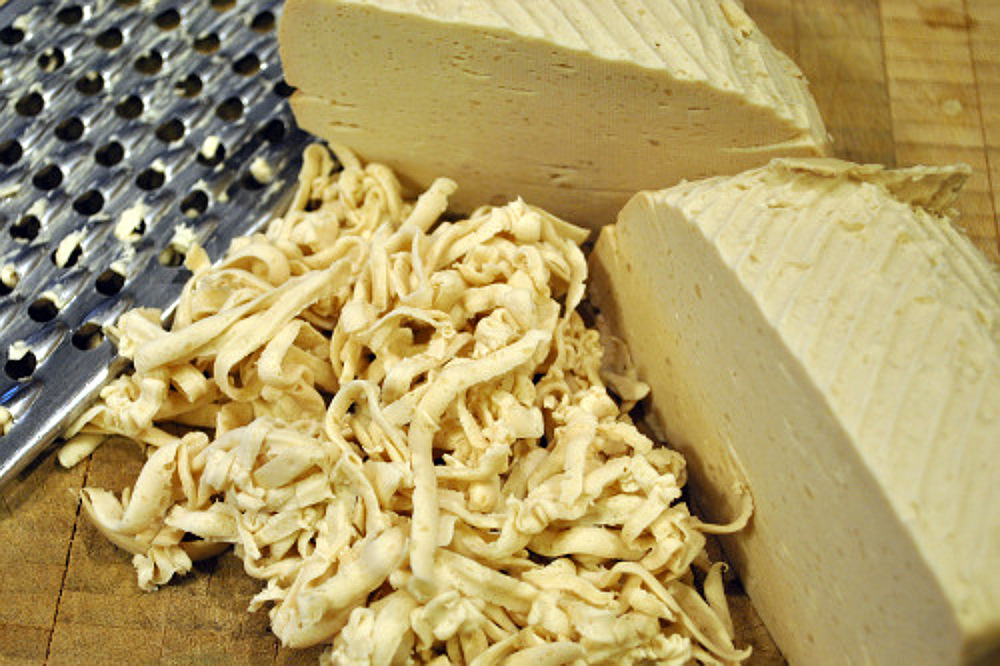 When I first became vegan, I used the terminology that was taught to me. I called vegan cheese “fake cheese,” burgers were “faux or mock meat,” soy milk was an alternative to “real milk.” When I began writing recipes, I put words like butter, milk, cheese and cream in quotes as if to say they weren’t the REAL items but some fake vegan substitutes. These words, however, are harmful to the vegan cause because they send the message that plant-based food is fake.

Colleen Patrick-Goudreau, vegan author and chef, writes how she steers away from words like “mock,” “faux,” “substitute,” “fake,” or “imitation” because vegan food IS real food and not some inferior, unreal version of animal-based foods. She writes in her Vegan’s Daily Companion, which is one of my favorite books, “By definition, the words “alternative” and “substitute” imply that the thing they are being measured against is the superior choice; that is, you choose the “substitute” when you can’t get the real thing, and so on” (p. 175).  I completely agree. I don’t like when people say they eat “fake” cheese. The cheese vegans eat isn’t fake. It isn’t plastic cheese or pretend cheese. It just isn’t made from dairy. Look at these beautiful vegan cheeses made from nuts and other whole ingredients. They are real food. 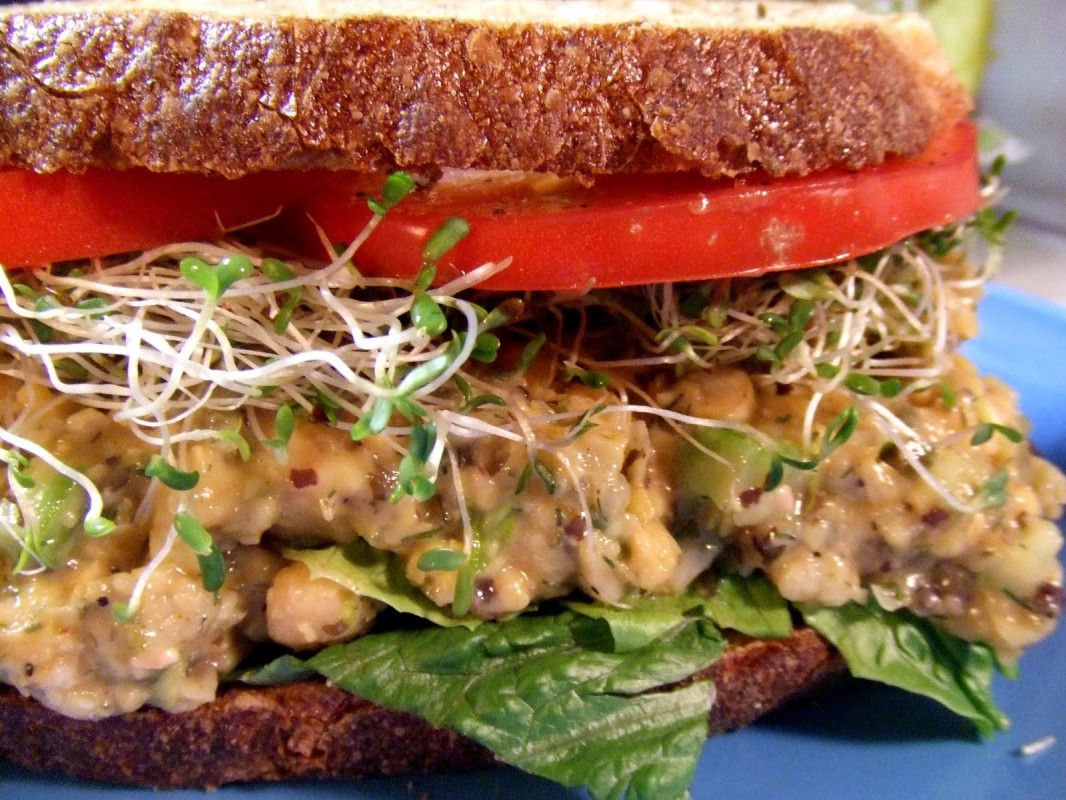 Many vegan restaurants and cookbook authors call their dishes by animal names. A menu may say chicken parmigiana even though it’s a vegan dish. When recipes are makeovers of non-vegan familiar favorites, having the original name is necessary to let people know what dish is being recreated in a compassionate, cruelty-free way. If I call my recipe Chickpea Salad and not Chickpea “Tuna” Salad, then how will anyone know I am attempting to recreate the tuna fish salads and sandwiches that many people, including myself, loved before becoming vegetarian or vegan? Some people may feel disgusted by the thought of eating anything that reminds them of animal foods but there are many people, again including myself, who miss the foods they used to eat and appreciate a way to satisfy those cravings with vegan foods that are familiar to their senses and their memories. In fact, someone told me that my Chickpea “Tuna” Salad was just the thing her sister needed to give up eating tuna! THAT is the purpose of my recipe makeovers. If I can give someone back a food they loved, they will be more likely to stick to the vegan path. 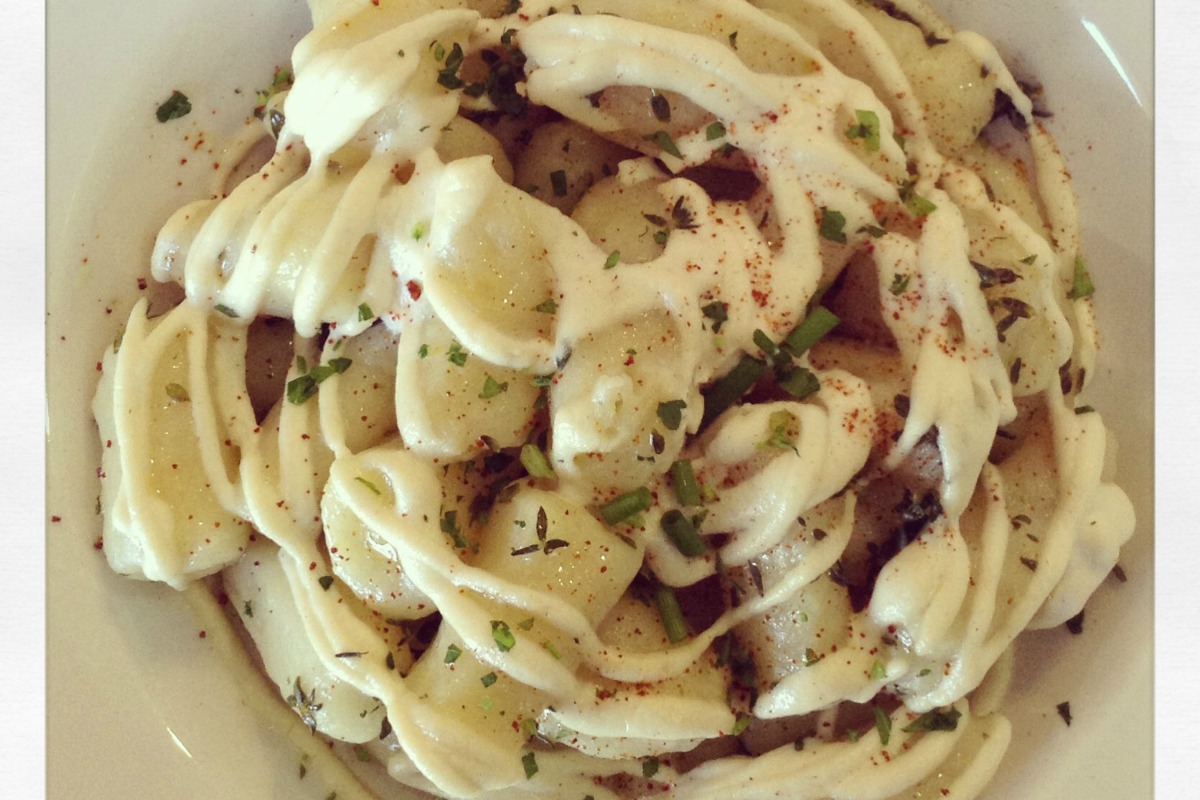 When I write a recipe, I don’t use the qualifier “vegan” every time I mention the milk, butter or cheese I use because all the ingredients in all of my recipes are vegan. If I use soymilk, almond milk or other non-dairy milk, I will say so in the ingredient list. When I add vinegar to the milk, I get buttermilk, not “buttermilk.” I will use quotes if I am emulating a food that isn’t in the recipe, i.e. Sweet and Sour “Chicken.” The only qualifiers used should be those that help people know what they are eating or how to recreate the recipe. It is much more helpful to know this Gnocchi with Thyme Vinaigrette has cashew cream than just vegan cream.

Fake food is served at children’s play tea parties to share with their dolls. The food I eat is real, more real than a lot of the fast-food and processed junk out there (pink slime, anyone?). Burgers at chain restaurants may contain only a percentage of beef but you don’t see them putting quotes around the names of their food. Why should I?

5. I’ll Have What She’s Having 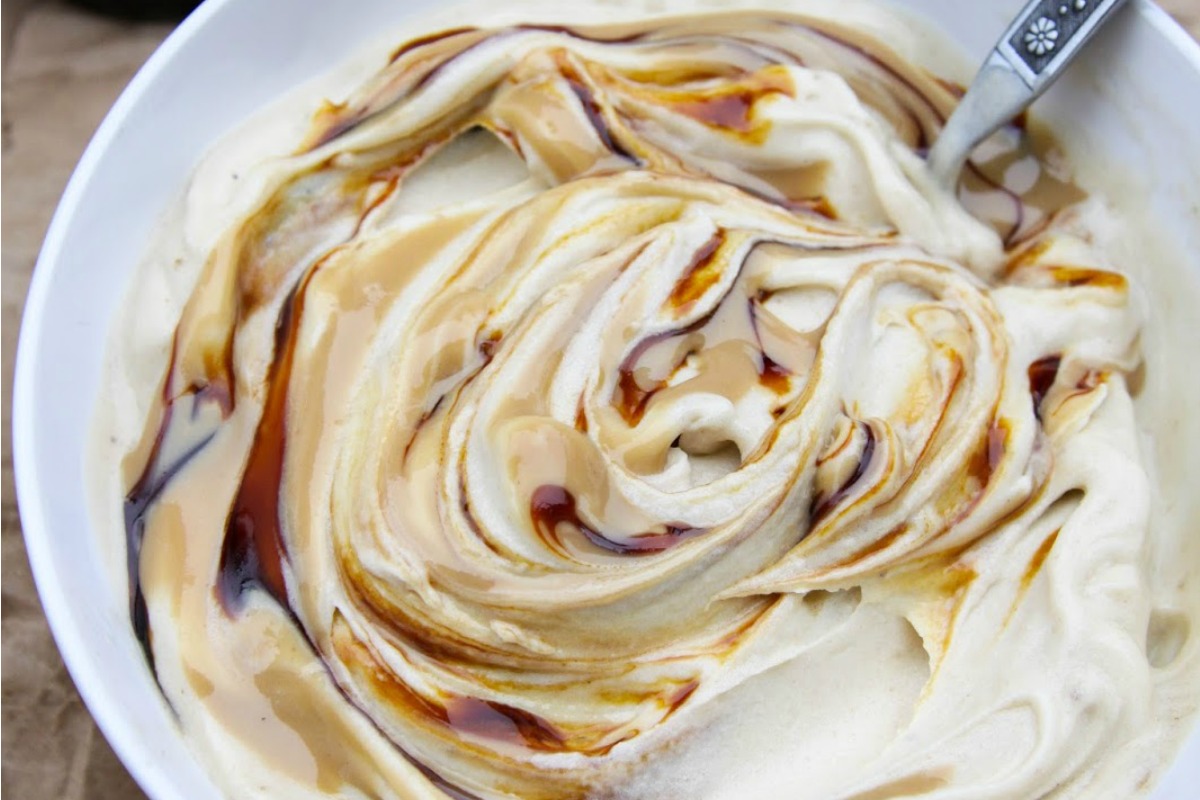 Imagine trying to explain what vegans eat to a non-veg person. You can say, “Last night I had a mock hamburger topped with fake cheese and imitation bacon and a side of macaroni and uncheese. For dessert, I had imitation ice cream with faux whipped cream. How was it? It was really good. You would never even know it wasn’t real cheese or ice cream.” Uh…yum?

Let’s try this instead: “Last night I had a Black Bean Apple Burger with Caramelized Onion Chipotle BBQ Sauce and Shiitake Bacon and a side of macaroni with pumpkin cashew cheese. For dessert, I had the Life Changing Marzipan and Butterscotch Ice Cream Sundae with extra Spice Whipped Coconut Cream. It was amazing.” Yes, please!

Which meal sounds better? Which description would tempt the non-veg person and which would turn them away perpetuating the myth that vegan food is unappetizing and fake? As Colleen Patrick-Goudreau says, “When we use words that make plant-based foods seem unreal and unappetizing, we foster the public perception that these foods are just that. If we reclaim the language around plant-based foods, we can go a long way in mainstreaming the vegan ethic.” Exactly! If we describe vegan food as if it’s made of strange, artificial, fake ingredients, then we cannot be surprised when people won’t consider exchanging their “real” meat and cheese for it.

A big part of vegan advocacy is public relations, image and getting the message across. We need to make sure our message contains positive images and language that makes it clear vegan food is natural, real and delicious. If we are what we eat, then let’s be real, compassionate and positive!