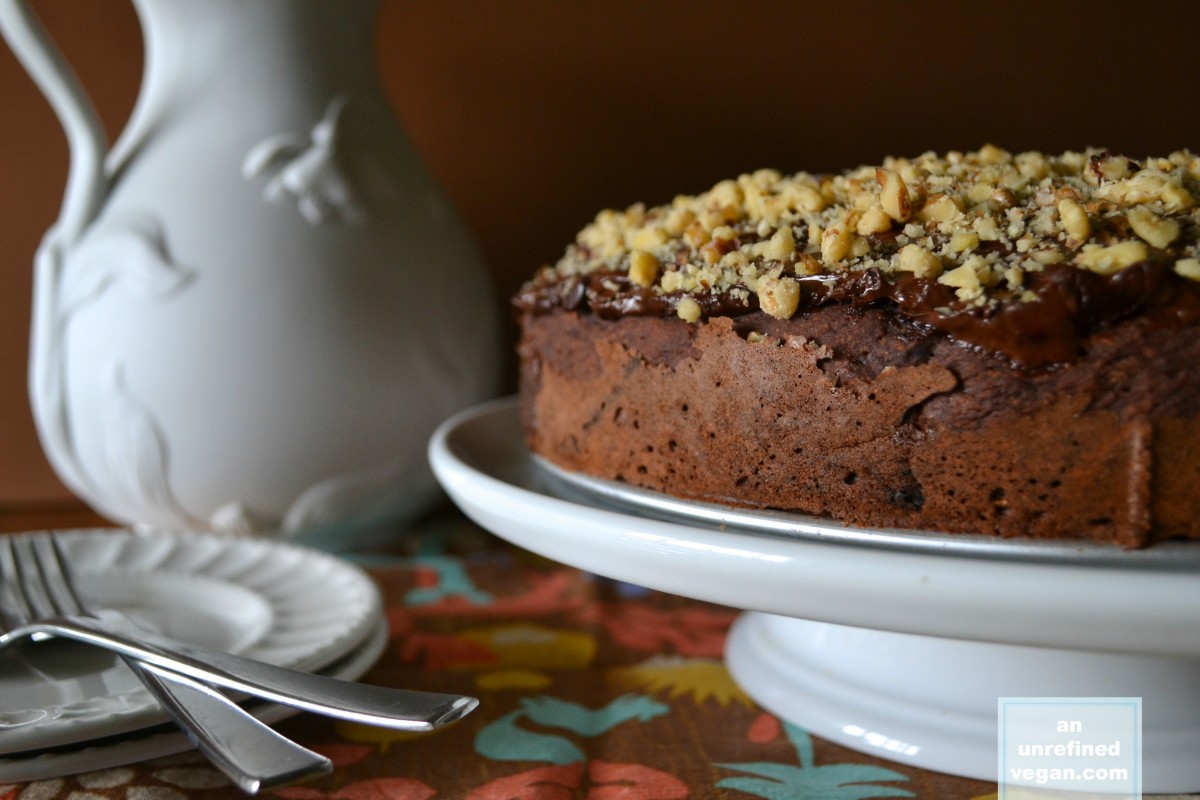 What happens if you can make your desserts healthier – but you don’t lose any of the flavor? Do they still offer that same effect of being a decadent treat?

Let’s take a look at some ways to make desserts healthier. Instead of using fats such as butter, oil, or margarine, look to use tofu, applesauce, or other fruits to replace some or all of the fat content in a recipe. Mashed banana can be a substitute for fat in recipes as well. Just be sure that the fruit you are using to substitute blends in nicely with the dessert that you are making. Most flavors do blend well together but be aware of some that don’t.

Another way to make desserts healthier is to use fruits to replace some of the sugar. This will save some calories while adding a nutritional benefit. 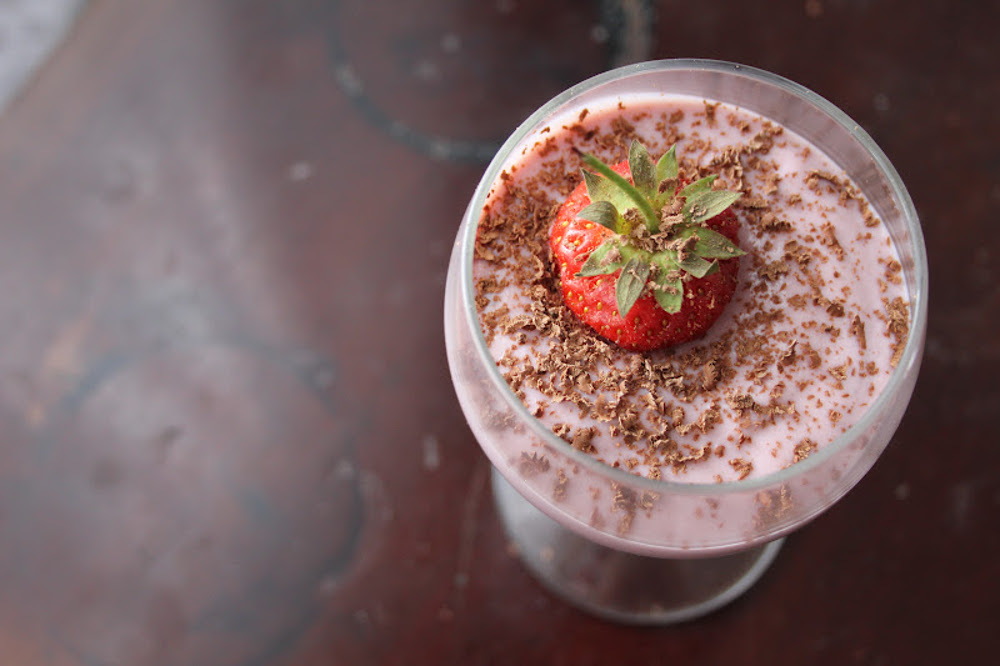 Tofu, which is gluten-free and dairy-free, isn’t usually associated with desserts. Tofu is low in calories and offers plenty of nutritional benefits. Tofu is high in protein, iron, and calcium. You can easily include tofu in recipes to cut down on the fat content, such as in these blondies, which use both tofu and applesauce for extra nutritional benefits.

Or, if you are wary of using tofu in a blondie, how about in a strawberry mousse? The consistency of tofu fits in with a mousse, and you can have a light, healthy dessert without the guilt. 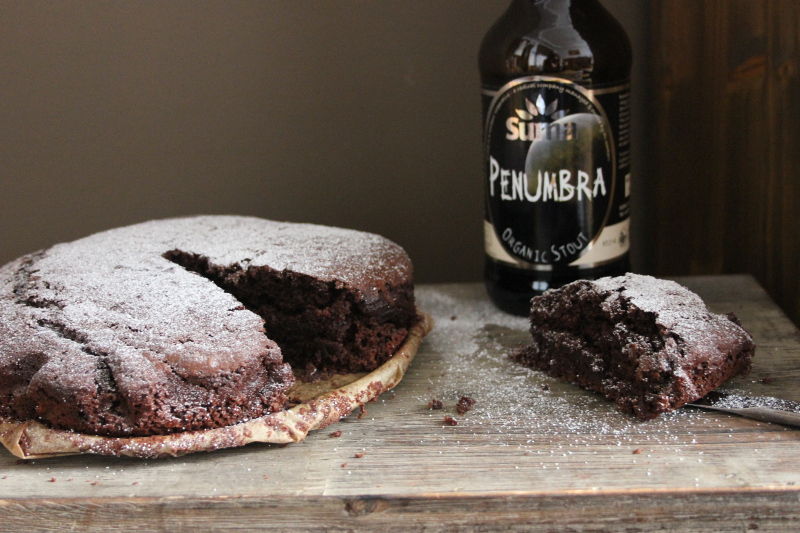 While using applesauce in recipes to replace fat hasn’t exactly been a new trend, it still works. Many recipes can benefit from a reduction in either fat or sugar. Enter applesauce. With only about 100 calories in a cup of unsweetened applesauce, you can cut a lot of calories (and fat) from a recipe with this simple substitute.

Are you looking for a chocolate stout cake using applesauce? Try this recipe.

For most recipes, you can easily replace half the fat with applesauce and not notice a difference. For example, if a recipe calls for 1/2 cup of oil, try it out with 1/4 cup of oil and 1/4 cup of applesauce. Look at your favorite dessert recipes (or even a boxed dessert mix) and just try swapping out some of the fat. 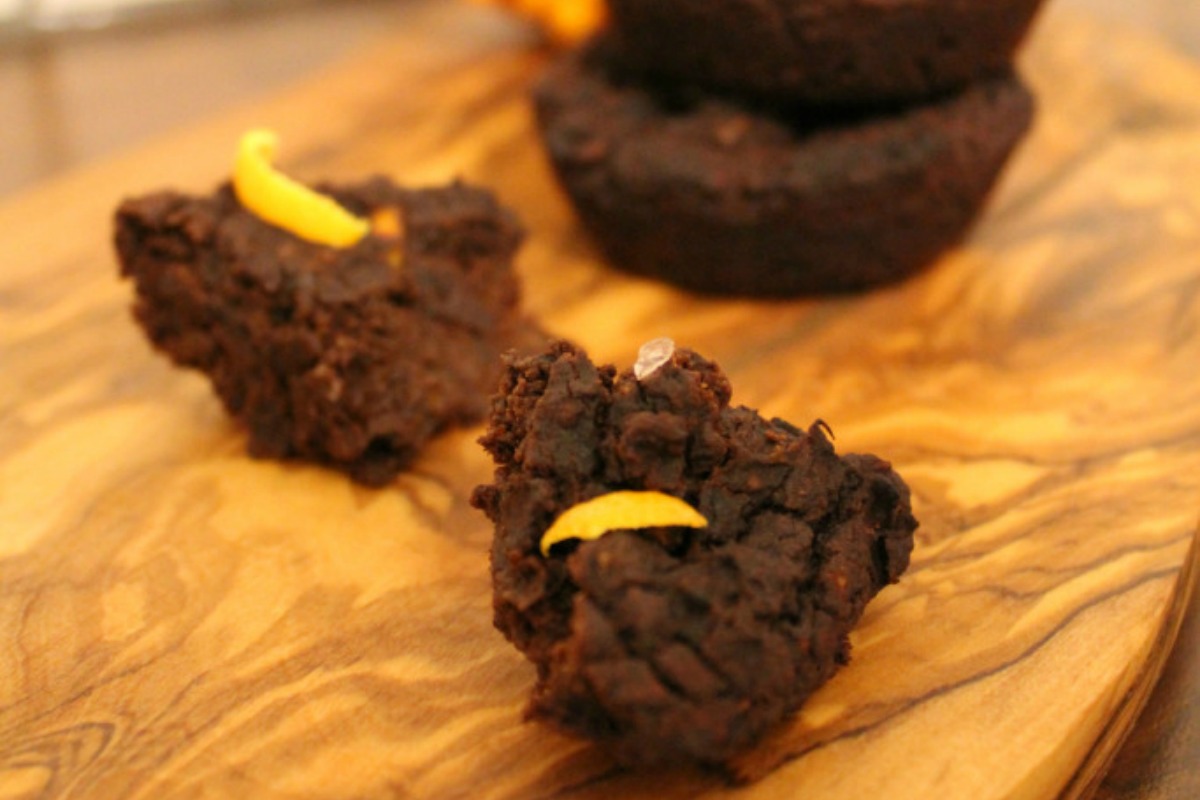 We know, when you think of black beans you think of a Mexican side dish, not a key ingredient in a dessert; however, believe it or not, but black beans can be used as a substitute for flour. Need to make a recipe gluten-free? Puree one can of black beans for a substitute for a cup of flour. Typically figs, dates and prunes are also used as similar substitutes for fats as well. Look at some black bean brownies (maybe don’t call them that to unsuspecting guests, at least not until they’ve tried them) or some chocolate bites which use dates, figs, and black-eyed peas.

Avocados: Not Just For Guacamole 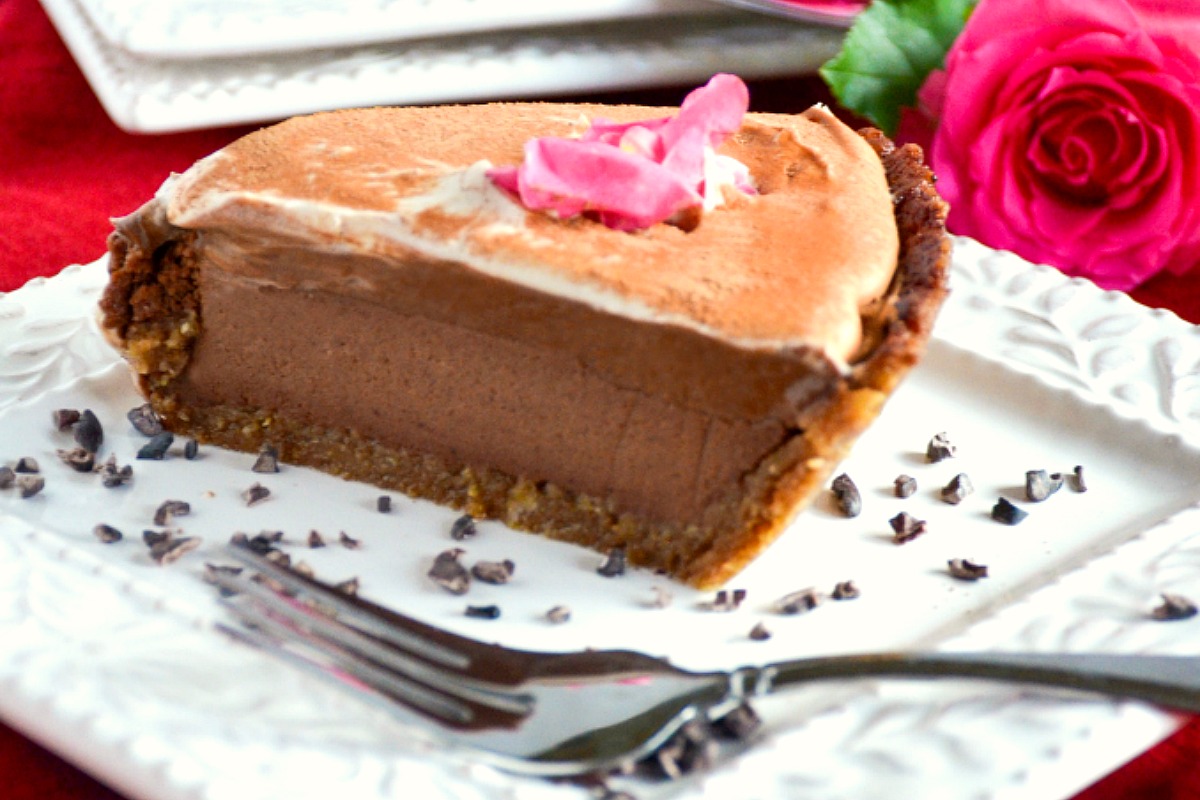 Avocados are one of the most versatile fruits. They can be mashed and used as a topping, a spread, or, as we look at here, a substitute for fat in recipes. Want some brownies but you want to make them healthier? Try these Vegan Brownies and Vegan Fudge, which use avocados to add to the fat and creaminess. 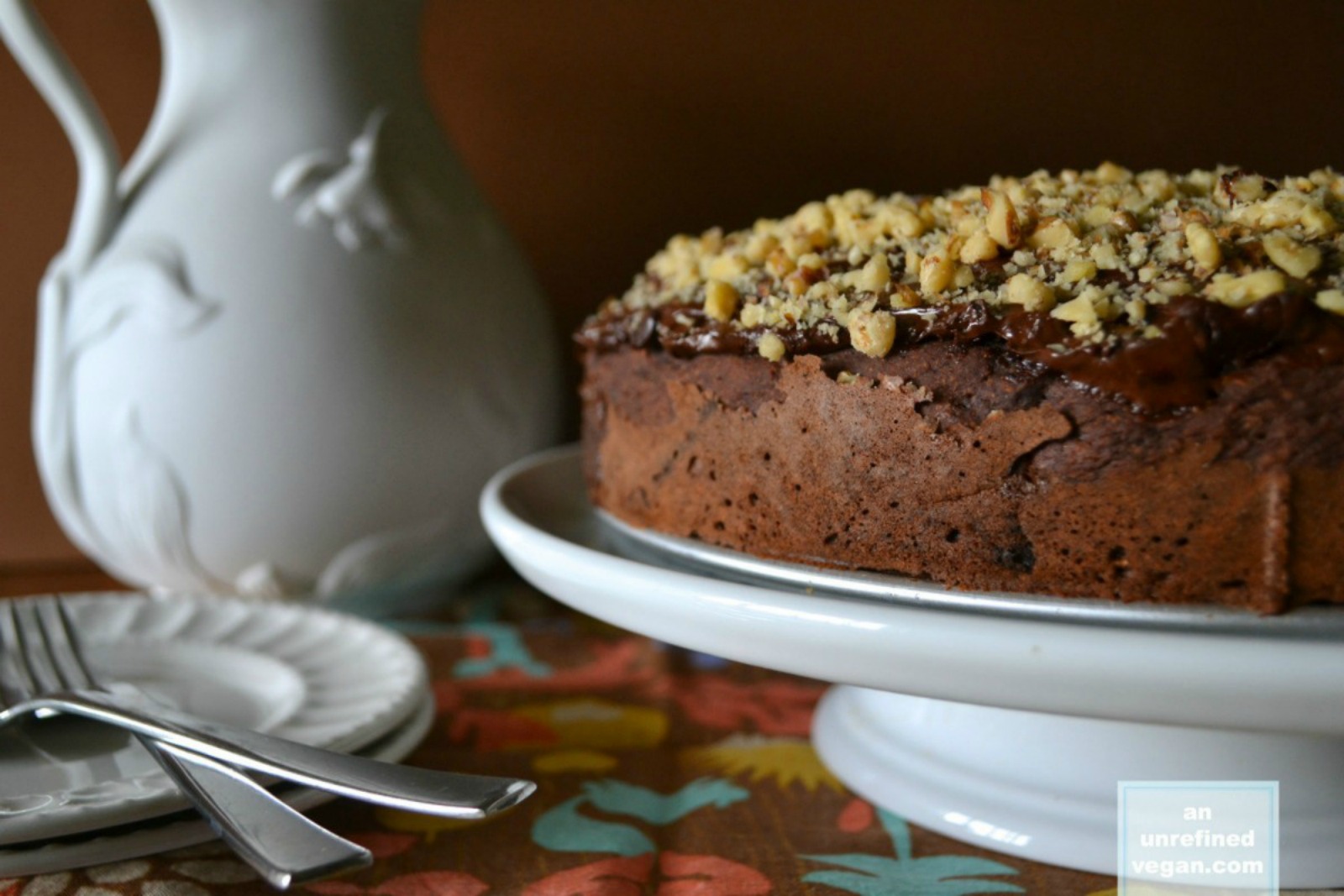 Sweet potatoes offer  not only less fat and calories in desserts, but they are a great source of vitamin A and vitamin C. They also contain vitamin D, iron, magnesium and more vitamins and minerals that are essential for good health. Puree some sweet potatoes and this mix can replace eggs and/or fat in recipes. Try making a boxed brownie mix with the sweet potato puree instead of the eggs and oil that the box calls for. The sweet potatoes will blend into the mix and you won’t even notice that you are missing all of the fat that you would otherwise be eating.

If you want a recipe that already uses a sweet potato instead of butter or fat, try the Chocolate Sweet Potato Spice Cake. Or, use sweet potatoes to make icing for gluten-free chocolate cupcakes or pancake cake. Sweet potatoes and maple syrup go hand in hand however you look at it, so it’s only natural to include sweet potatoes in this recipe for Maple Mousse Pie, which also uses tofu to thicken the mousse.

When you think of truffles, you don’t likely think of sweet potatoes, but why not try it? 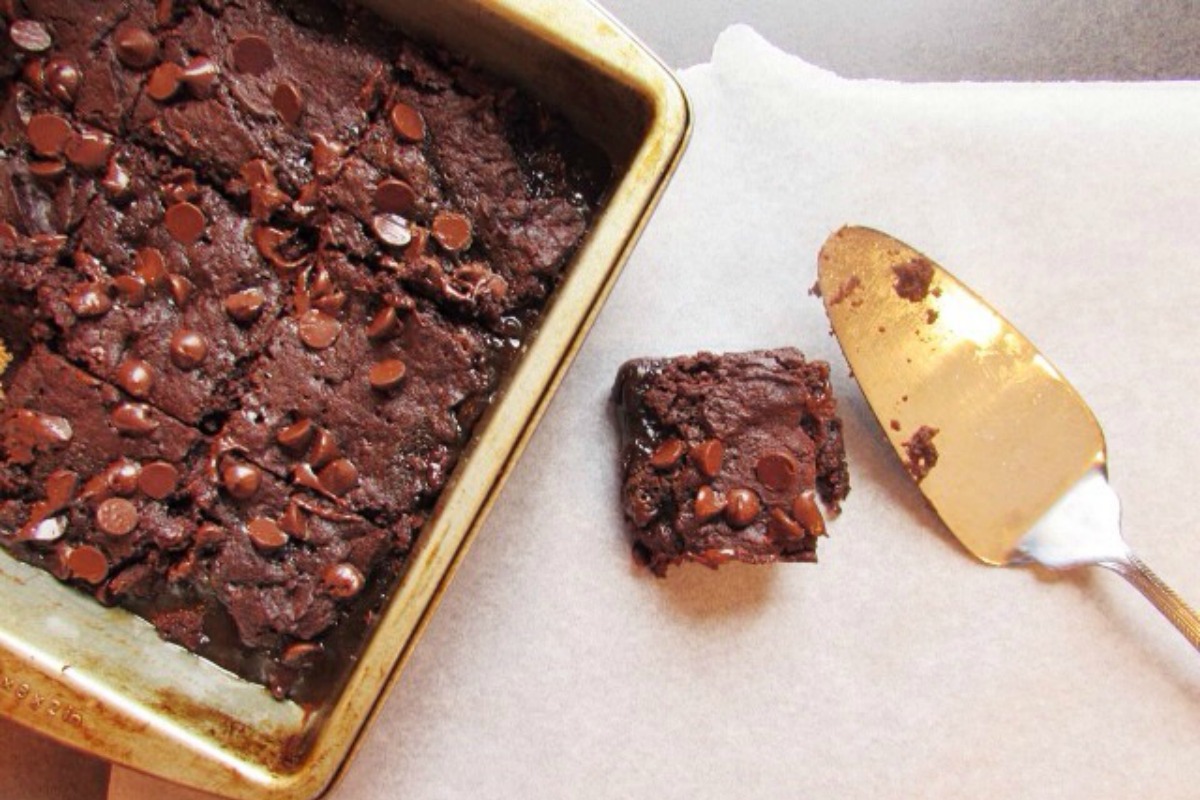 Similar to sweet potatoes, pumpkin and squash can also be used in making desserts. This can be used to replace the fat content in a recipe, and they can also be used to replace egg in recipes to make them vegan, such as in these Caramel Fudge Brownies. If you want to use pumpkin in a traditional sense, try the Healthiest Pumpkin Pie Recipe ever, where pumpkin serves as the main ingredient and the fat in this recipe.

And if you thought sweet potato truffles were a little odd, how about pumpkin truffles? Hey, don’t knock it until you’ve tried it.

While desserts may be decadent, there are ways to enjoy them without having to sacrifice anything. Using fruits and vegetables to substitute for some of the fat or sugar is an easy way to make a dessert something that you don’t have to feel guilty about eating. For more ways to incorporate fruits and vegetables into desserts, look at how to make indulgent fruit-based desserts and other food replacements that can make desserts healthier.