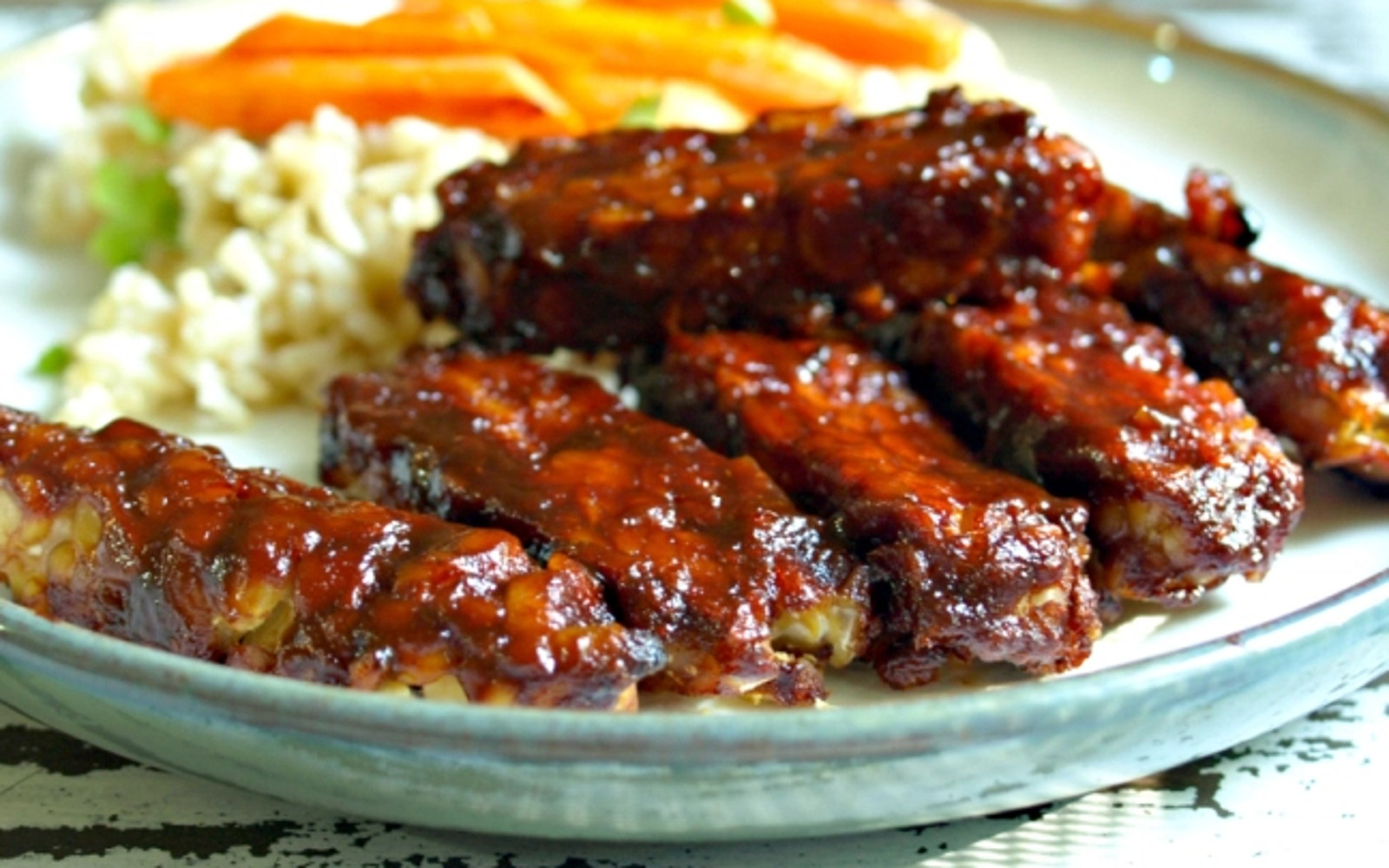 How have consumer behaviors in recent years transformed the food industry? First, let’s jump back five or ten years ago. At one point, the simple task of purchasing a high-protein veggie burger or plant-based protein bar was something that could not be achieved without taking a trip to the health food store — and often, the findings were so unsatisfactory that one would never dare share them with friends and relatives.

How did we arrive at this point? For the past few decades, meat consumption in the U.S. has seen a steady decline. According to recent studies, 30 percent of Americans are not only leaving meat off their plates, but also seeking out plant-based meat alternatives. We also know that this trend is largely driven by Millennials, who are more inclined than Baby Boomers to seek out food that is healthy, organic, and in line with their ethics. As a result, we are seeing a drop in meat and dairy consumption and an increase in demand for brands that have a positive social and environmental impact while still commanding the same amount of protein that can be gotten from animal-based sources.

At One Green Planet, we noticed this change in food trends early on and incorporated recipes as a cornerstone of our content right at the beginning to highlight the breadth and depth of possibilities when it comes to cooking plant-based. This commitment to building the most compelling and delicious assortment of recipes forms the foundation of our Food Monster app, which features over 8,000 vegan recipes. In addition to that, over 10 new recipes are added daily and you can browse through hundreds of categories like diet, cuisine, meal type, occasion, ingredient, popular, seasonal, and so much more!

Thanks to growing consumer demand for cleaner, environmentally friendly, and animal-free sources of protein, we have seen an increase in the number of plant-based meat substitutes on the market — and apparently, in 2016 there was a 90 percent increase in the amount of Google searches for the word “vegan.” According to some estimates, the plant-based meat market is set to reach $5.2 billion by 2020 and could make up one-third of the market by 2050. Not only is the popularity of plant-based meat on the rise, pea protein, a high source of clean, plant-based protein, is emerging as a new contender in the global protein market.

How else do we know that plant-based protein is ushering in the future of food? Here are 10 signs: 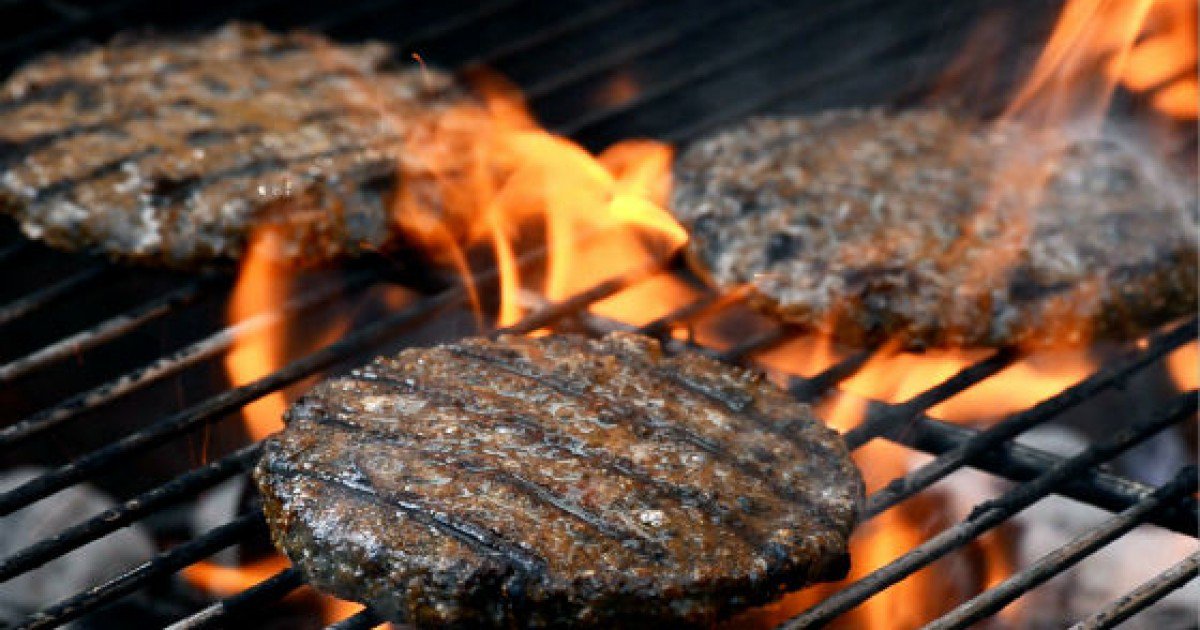 Late last year, Tyson Foods, the world’s largest meat processor announced that it would be taking a five percent ownership stake in plant-based startup Beyond Meat. Major news? You betcha. But the good news didn’t stop there. Not long after that, Forbes wrote that the meat giant announced the launch of Tyson New Ventures LLC, a $150 million venture capital fund that would “complement its existing investments and will focus on companies that are developing ‘breakthrough’ technology and business models.” In a statement, Tyson executive vice president Monica McGurk said, “This fund is about broadening our exposure to innovative, new forms of protein and ways of producing food.” If you’ve pegged the rise of the plant-based meat substitute market as just another passing fad, think again.

Cargill is the largest privately held food and agriculture company in the world. In addition to peddling commodities like palm oil, grains, and other common food ingredients, they are one of the four largest beef producers in the United States that control 70 percent of the U.S. beef market. They also provide cold cuts, hot dogs, and other processed meats to public schools across the nation. But, the company sold off its last remaining feedlots in the U.S. Not only that, Cargill spokesman Mike Martin explained to Reuters that the company plans to expand its North American protein business to include fish, insects, and plant-based protein. Now, the question is, does this mean that Cargill plans to provide kids in public schools with plant-based protein. 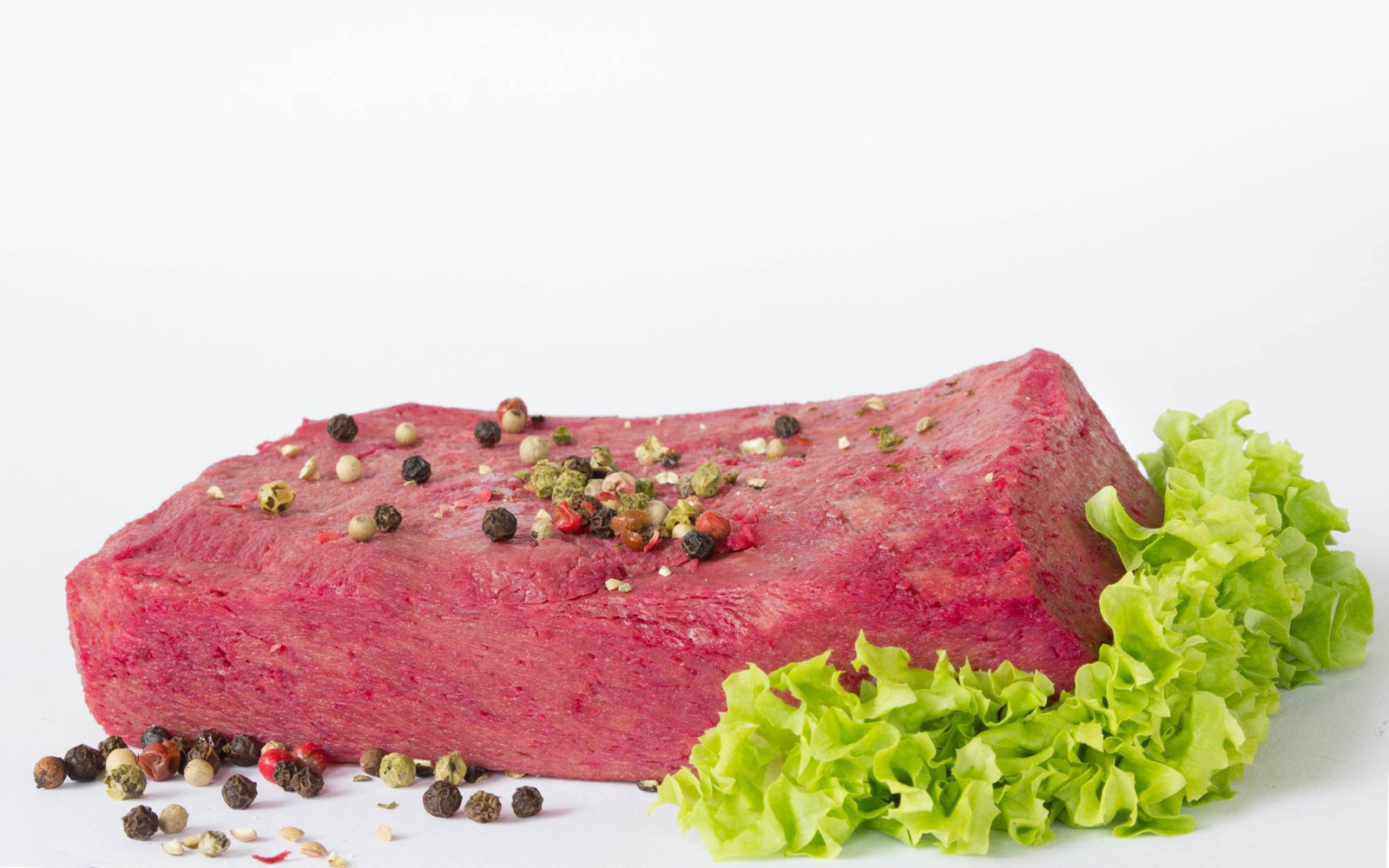 It looks like Unilever’s interest in the plant-based food space extends beyond just vegan mayonnaise and ice cream. Earlier this year, we learned that they invested in Netherlands-based food project Plant Meat Matters. Their first big project? To create an entirely plant-based steak that looks, cooks, and tastes just like meat made using “shear-cell technology,” a technique developed by researchers at the Netherlands’ Wageningen University that “transforms vegetable protein … into a layered, fibrous structure that closely matches the appearance and structure of meat.” Plant Meat Matters hopes to bring their all-vegan steak to both restaurants and home cooks across the globe by 2019.

Earlier this year, Lightlife Foods, maker of plant-based meat substitutes like tempeh, sausages, and burgers, was purchased by Maple Leaf Foods Inc, one of Canada’s largest meat processors, for $140 million and related costs. Why? In 2016, Lightlife reported approximately $40 million in sales and just so happens to have a 38 percent stake in the U.S. refrigerated plant protein market. According to Michael McCain, President and CEO of Maple Leaf, “expanding into the fast growing plant-based proteins market is one of Maple Leaf’s strategic growth platforms and supports our commitment to become a leader in sustainability.” That’s what we’re talking about.

While they’re not a purveyor of meat products like others on the list, Pinnacle Foods, parent company to Gardein and several packaged frozen food brands, also knows that the future of food is plant-based. After seeing the major success of plant-based meat products launched under the Gardein brand the company announced that they would be putting a new emphasis on plant-based products. Not only that, in an interview with Food Business News, President of North American Retail for Pinnacle Foods Mark Schiller said, “we actually think we are at a tipping point in terms of people starting to look at plants as an alternative to animal protein.” And we’re looking forward to a lot more delicious plant-based meat options from Gardein, thankyouverymuch.

6. The World’s Largest Pea Processing Plant Will Be Built in Canada 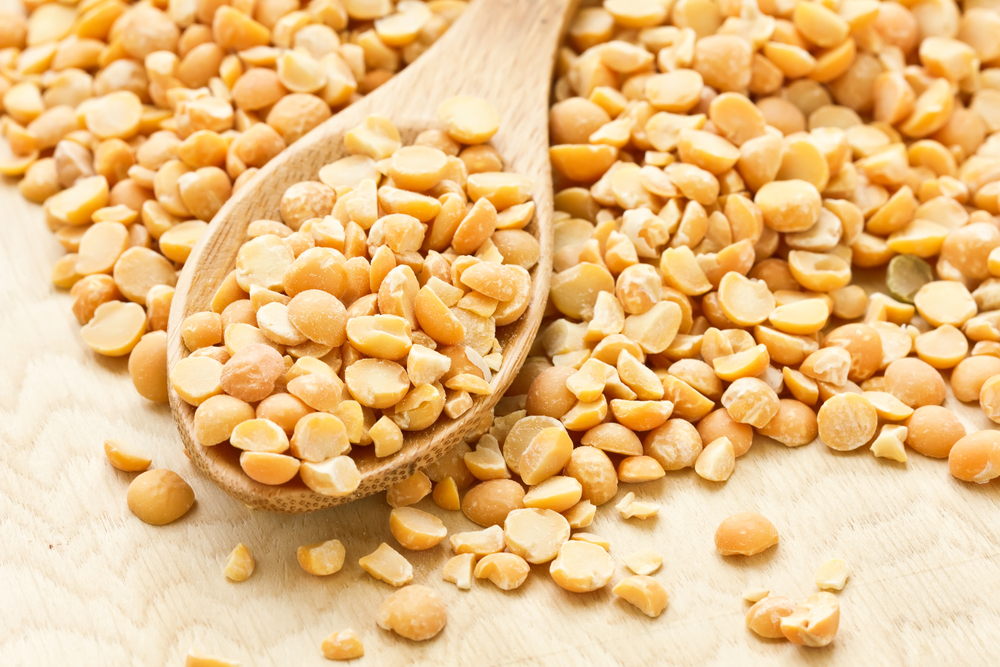 Who would ever think that peas could transform the way we think about protein? Pea protein is one of the key ingredients in Beyond Meat’s Beyond Burger, the first ever vegan burger to be sold alongside meat in the grocery store. Although pea protein isn’t quite as popular as, high-protein foods like soy, we say that it’s only a matter of time before this low-fat, allergy-friendly protein really takes off. Earlier this year, French-owned family company Roquette announced its plan to build the world’s largest pea processing plant in Canada. According to Roquette chair Edward Roquette, “it is the largest global investment dedicated to pea protein to date. And it constitutes a key pillar of our strategy in plant protein in general and in pea protein in particular.” This is no random decision. A recent report by Zion Market Research revealed that the global pea protein market is set to reach $39.50 million by 2022 with a compound annual growth rate of eight percent.

Here’s a whole trifecta of good news. MusclePharm, one of the leading companies in the sports nutrition industry, recently released its first entirely plant-based line of products such as powders and bars featuring none other than pea protein, a clean, plant-based source of protein. This news closely followed the release of Evolve, a line of vegan bars and ready-made shakes made with pea protein made by CytoSport, Inc, the makers of dairy-based sports nutrition brand Muscle Milk. Not only that, General Mills recently purchased D’s Naturals, maker of plant-based protein bars and nut butters, all of which are made with pea protein. No whey.

8. Companies Are Expanding Their Definition of ‘Protein’ 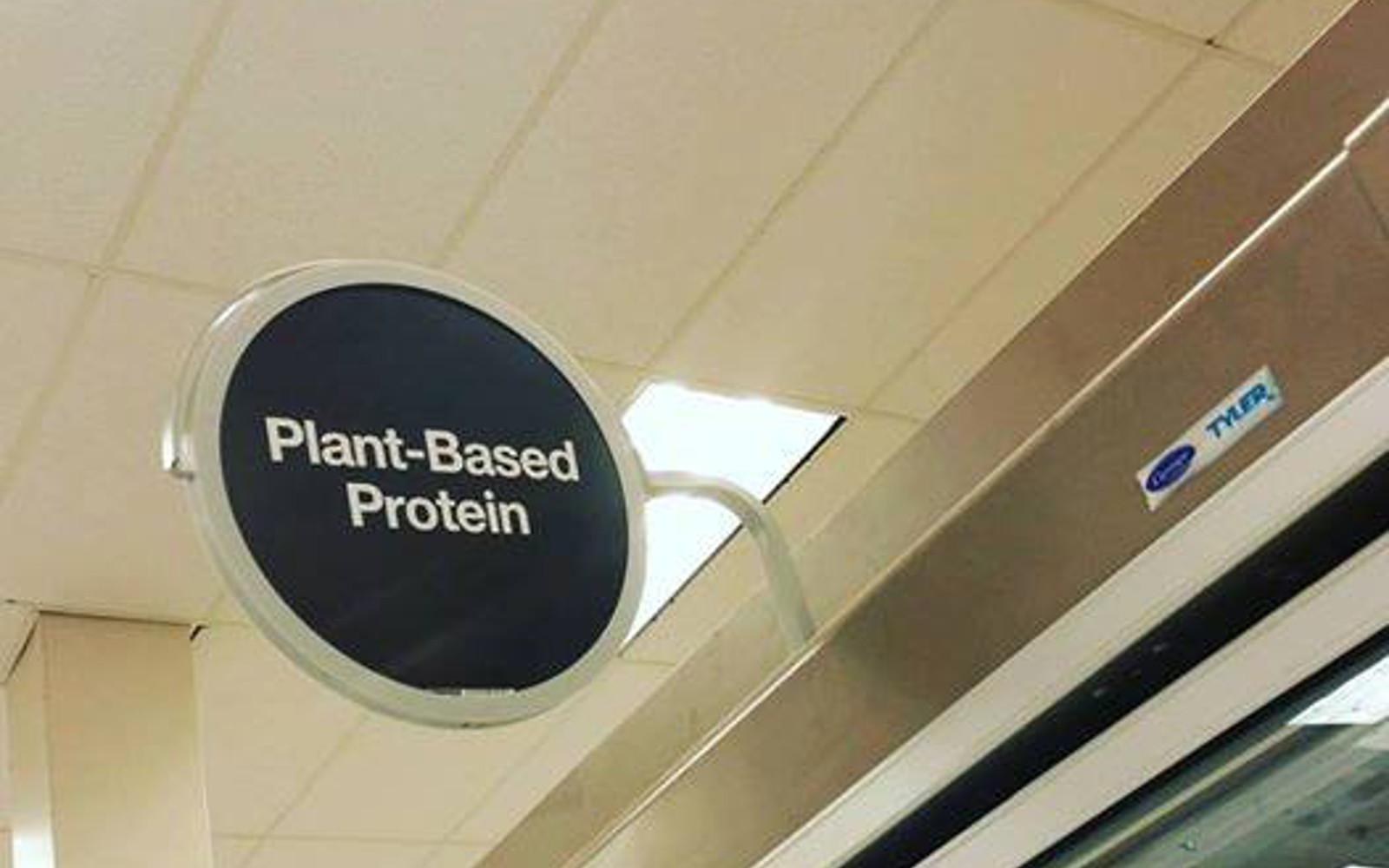 At one point, vegan options in grocery stores were severely limited to choices like tofu, Tofurky, or Boca. Oh, how the times have changed. Nowadays, browsing the frozen food aisle for plant-based meat alternatives is like being a kid in a vegan candy store. Plant-based meat is so big, that big chains like Trader Joe’s, Whole Foods, and Target even offer their own plant-based meat alternatives — and as far as Target is concerned, they’re not even “alternatives” — they’re now just another kind of protein. If you’re looking for meat-free chicken, beef, or fish, you’ll find them under a sign that reads “plant-based protein.” This might seem like a silly thing to get excited over, but the fact is, it’s not just Target that thinks this way.

Gina Asoudegan, senior mission director at Applegate, a company that specializes in organic meat, recently told Food Navigator “I think Applegate might be looking at itself not only as a meat company like we have for 30 years, but as a food company. Look at what we see with the rise in all plant protein and companies like Beyond Meat. I mean, I think that’s really indicative of our future.” Even Tyson’s newest CEO, Tom Hayes, thinks that plant-based protein is the future. He recently told Fox Business that “plant-based protein is growing almost, at this point, a little faster than animal-based, so I think the migration may continue in that direction.”

9. Restaurants Are Embracing the Impossible Burger and Beyond Burger

The Impossible Burger and the Beyond Burger are two plant-based burgers that are practically indistinguishable from a traditional beef patty. Late last year, the Impossible Burger, famously known as “the burger that bleeds,” debuted at restaurateur David Chang’s Momofuku Nishi. Soon after, it was added to other high-end restaurant menus such as Crossroads Kitchen, Saxon + Parole, and Public. But it didn’t stop there. You can now find the Impossible Burger on the menu of chains like Bareburger and Umami Burger — and CEO Patrick Brown hopes to produce enough Impossible Burgers to match the U.S. demand for beef burgers. The Beyond Burger, a vegan burger made from pea protein that looks and cooks like a beef burger and is the first veggie burger to be sold alongside meat at the grocery store, has also been making similar strides. You can find it on the menu of all-vegan chain Veggie Grill, which will soon expand to new locations across the U.S. It’s also since been added to the menu at a dining hall at Yale University and brought to a location in Hong Kong, the nation with the highest meat consumption in the world. 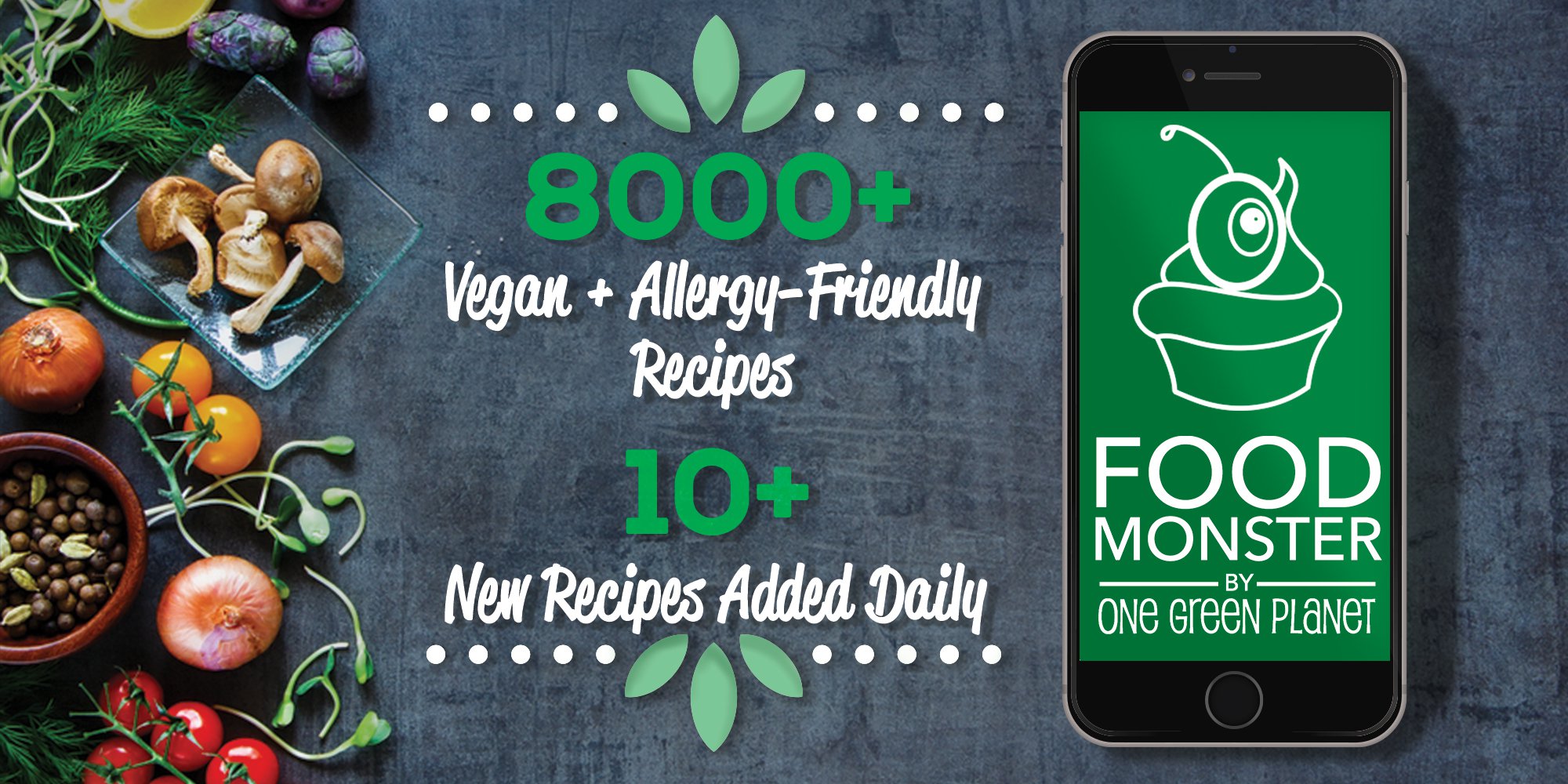 How else do we know that plant-based protein is the future? Not only are apps like Food Monster, a customer favorite, but the app’s high-protein vegan category is one of the most popular. Recipes like this Foolproof Mega Lentil Burger, Sticky Baked BBQ Tempeh Strips, and Crispy Breaded Chickpea Cutlets, show that you can make delicious, high-protein vegan food that tastes delicious without a trip to the grocery store. We highly recommend checking out the Food Monster App, which is available for both Android and iPhone. With over 8,000 vegan recipes (and over 10 new recipes added daily), you’re going to find something you love. It’s time to embrace the change!

There are just a few examples of why we think that companies believe what we already know: protein from animal-based sources is becoming obsolete and the future of food, without a doubt, is plant-based.