Our Top 10 Favorite Vegan Celebrity Moments This Year (So Far) 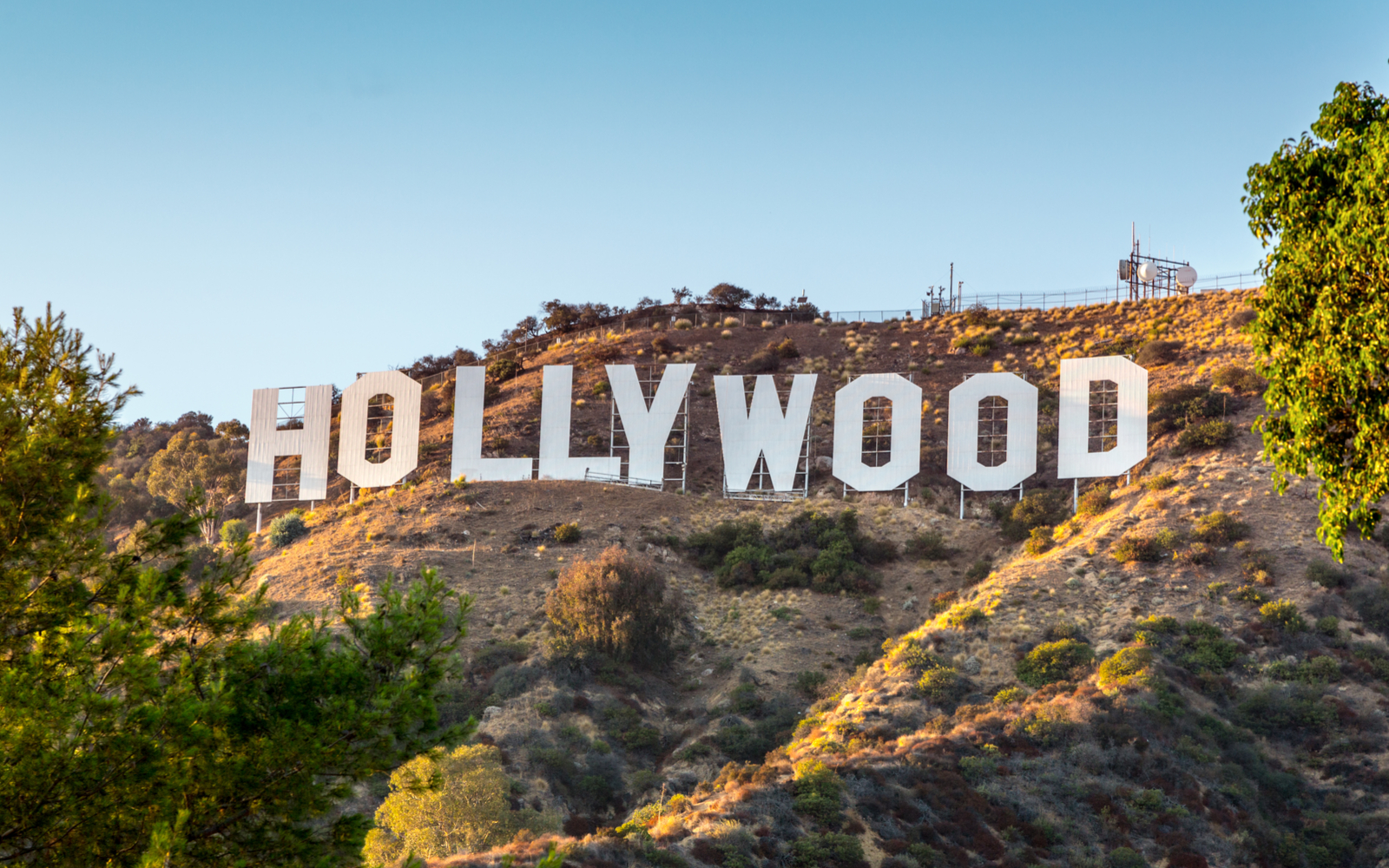 Thus far, 2017 has been a memorable year when it comes to vegan celebrities opening up about their plant-based diets. Whereas a few years ago, most public figures weren’t as vocal about why they chose to make sustainable and compassionate food choices, these days we’re constantly hearing stars speak up about how magic being vegan makes them feel. While nobody should rely on others to guide their life choices, celebrity status does give plant-based lifestyles more public visibility — and that’s a positive thing!

While everyone has their own personal journey, it’s still fun and inspiring to watch the plant-based food movement grow and become more and more mainstream. Below, we’ve listed 10 of our favorite vegan celebrity moments this year so far (in no particular order). Which is your favorite?

2. Everything Waka Flocka Did

Not only did Waka Flocka participate in a roundtable discussion on vegan eating with Russell Simmons and Mýa (while feasting on gourmet cuisine, courtesy of Los Angeles fine dining vegan restaurant Crossroads Kitchen) but he also headlined Moby’s Circle V celebration for animal rights this year.

3. When Jon and Tracey Stewart Sent the Hosts of ‘The View’ Vegan Cake

When the co-hosts of ABC’s “The View” suggested on air that they thought vegan cake wasn’t delicious, Jon and Tracey Stewart, who are both outspoken animal rights activists and longtime fans of Bethlehem-based bakery Vegan Treats, sent the hosts a vegan chocolate peanut butter mousse cake encased in Belgian chocolate, proving that vegan cake is amazing once and for all.

Stranger Things star Sadie Sink, who plays Maxine “Max” Mayfield on the show, reminded us how great vegan chicken and waffles taste when she shared in an interview with Just Jared that she is a vegetarian-turned “passionate vegan” and that her favorite food used to be chicken and waffles. Now, she enjoys a vegan version at award-winning vegetarian and vegan restaurant Cafe Sunflower. Make sure to check out Where You Can Eat Vegan Chicken and Waffles!

This September, Evanna Lynch, who is perhaps most well-known for playing the role of Luna Lovegood in the Harry Potter movie franchise, announced that she would be debuting a vegan podcast this October called “The Chickpeeps“. The podcast will feature Evanna and her close friends, and their collective goal is to inform everyone about vegan living and hopefully inspire others to make a change to a plant-based diet. There is potential for the podcast to become a weekly series. 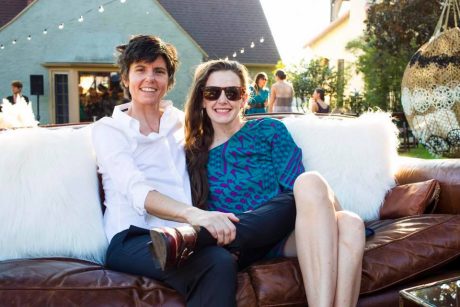 Stand-up comic, writer, and actress Tig Notaro discussed how she and her One Mississippi co-star (and wife), Stephanie Allynne both adopted a plant-based diet for their health. Notaro explained how she views her plant-based diet as an essential aid in her fight against chronic pain.

Madelaine Petsch, the Riverdale actress who plays a mean-girl on the hit CW television show, dressed up in a bok choy dress for her peta2 campaign. Petsch, who once tweeted out that she’s “been vegan [her] whole life,” shared in her campaign that her favorite vegan food to snack on is beets!

We couldn’t help but do a little dance of our own when Dancing With the Stars six-time winner and alum, Derek Hough, announced that he went vegan.

The 32-year-old television star and dancer and his girlfriend, Hayley Erbert, both converted to 100 percent plant-based diets, and are massively enjoying the benefits. As Hough told US Weekly on August 27: “We both are trying the vegan thing right now and it’s actually really easy… Living in LA, it’s actually hard not to be [vegan]. I feel great. I have lots of energy, my skin has cleared up, I feel great.” 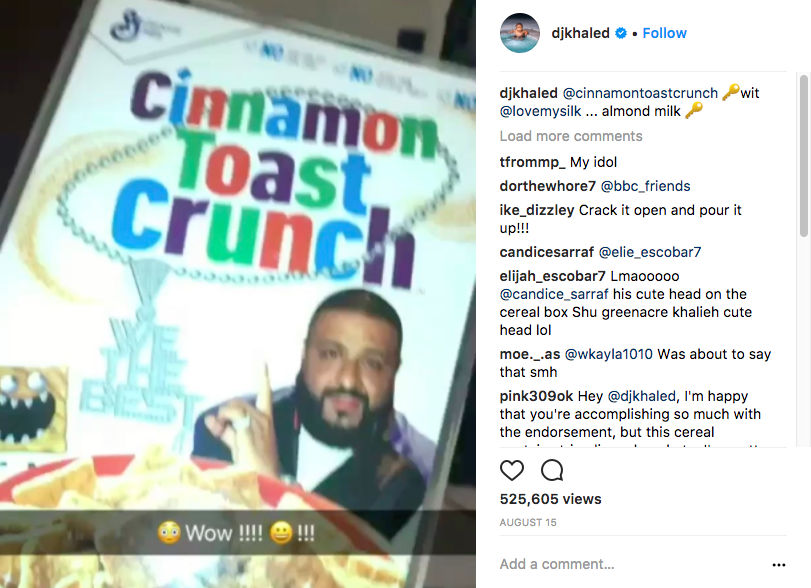 DJ Khaled has been vegan ever since he took the 22-Day Vegan Challenge.

“Safe to say I’m doing more than 22 days,” DJ Khaled wrote on his Snapchat (which PETA then retweeted). The famed DJ credits his vegan diet for increased levels of energy and his nine pounds weight loss in the first week of the challenge. This past August, Khaled’s favorite accidentally-vegan cereal brand, Cinnamon Toast Crunch, surprised him with his own limited edition cereal box. DJ Khaled obviously enjoyed his with a glass of vegan almond milk.

10. When Orange is the New Black Went Vegan!

Laverne Cox and Danielle Brooks are our queens! 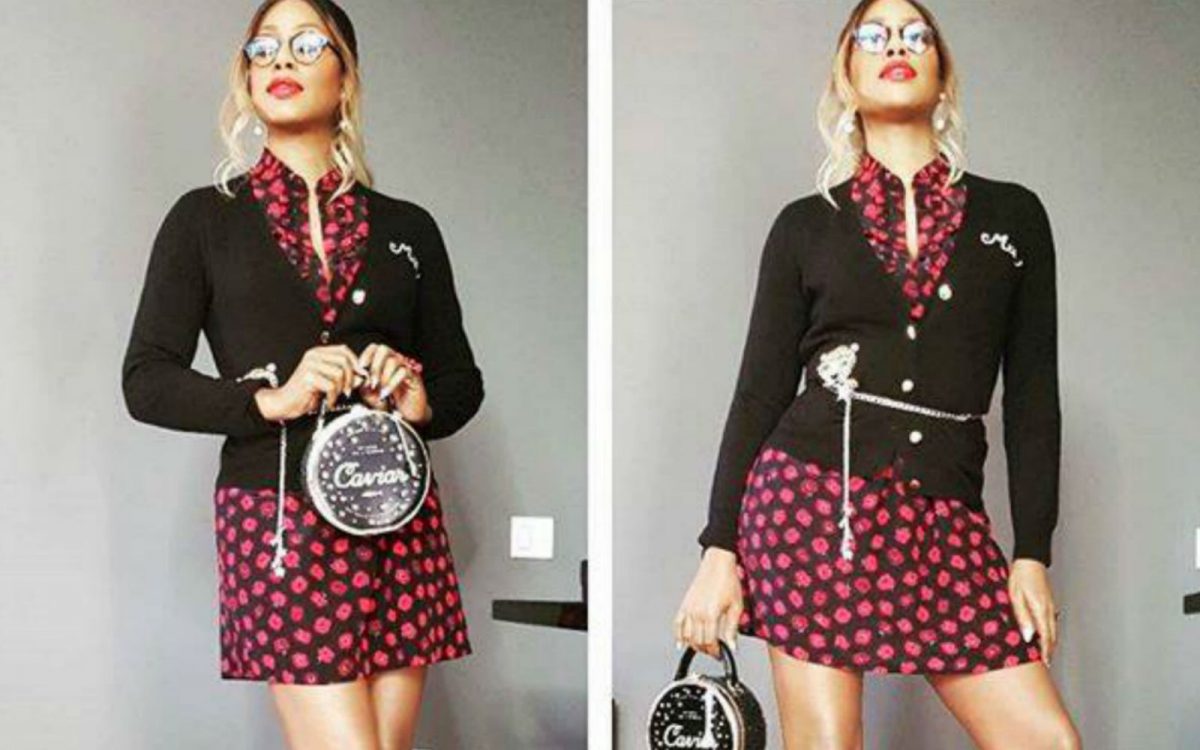 Laverne Cox, the transgender advocate and absolute star who plays fan-favorite Sophia Burset on the hit Netflix show Orange is the New Black recently posted a video featuring her co-star, Ruby Rose, on Twitter and Instagram where they dished on how great being vegan is.

Additionally, Danielle Brooks, who plays the beloved, outspoken character of Tasha “Taystee” Jefferson on the show, announced in August that she’s been following a plant-based diet — and loving it. We reported how Danielle even made an appearance on ABC’s cooking show, “The Chew” to show off a vegan recipe for mac n’ cheese.

So, let us know. Did your favorite vegan celebrity moment this year make the list? Or did we miss your favorite, like Rainn Wilson’s announcement, Natalie Portman‘s speech, or Edie Falco‘s explanation? Tell us below!