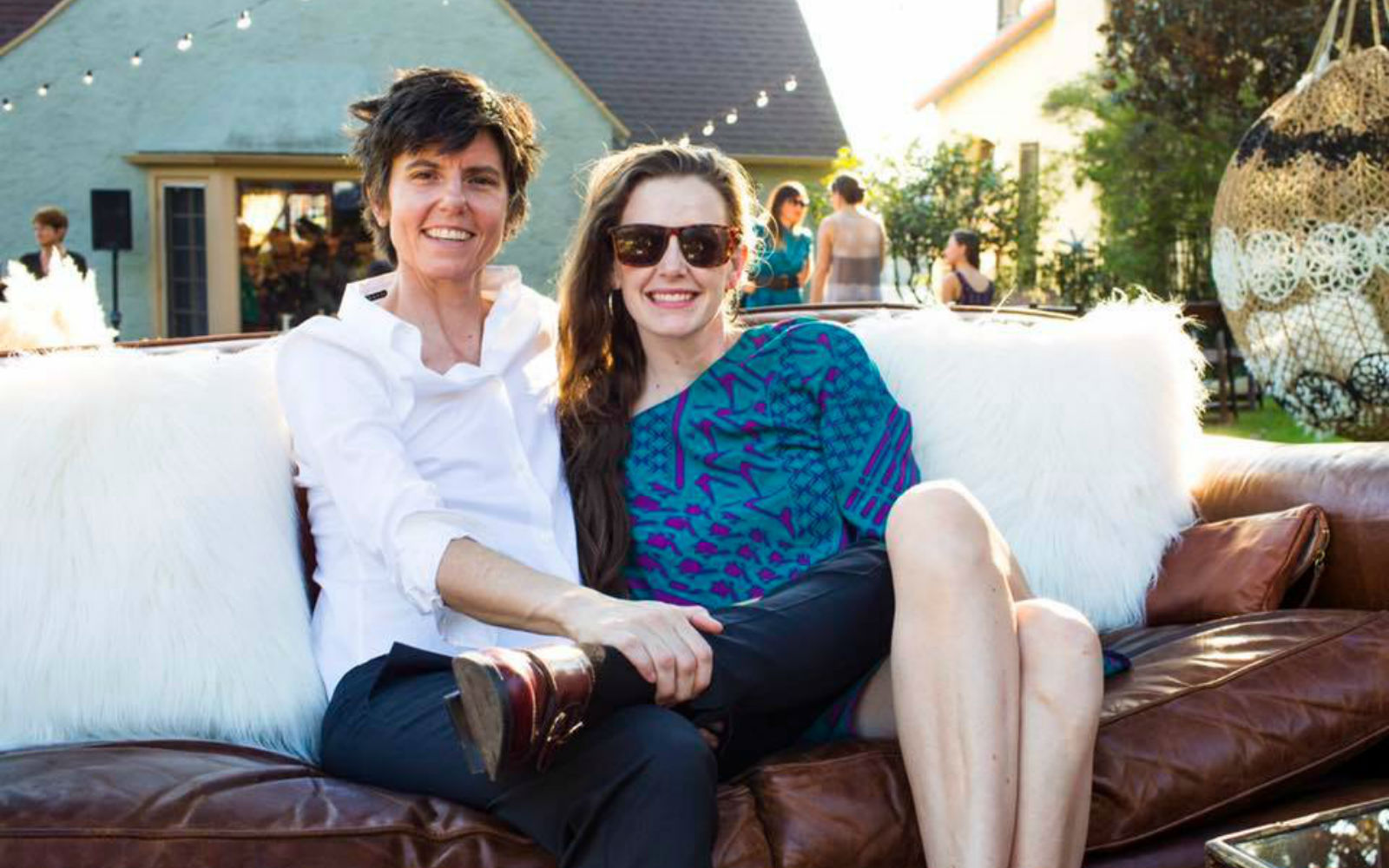 Have you heard of Tig Notaro? An American stand-up comic, writer, actress, and hilarious comedian, Notaro is perhaps most publicly known for being the creator and star of the Amazon series “One Mississippi” — but she’s recently risen once more on our radar not just for her spot-on comedic delivery, but because she and her One Mississippi co-star (and wife), Stephanie Allynne, recently announced that they have both adopted a plant-based diet for their health.

In 2012, Notaro was diagnosed with breast cancer. Since then, she’s had a double mastectomy and has been publicly outspoken about her experience in her stand-up act entitled, “Hello, I Have Cancer” in order to spread awareness about breast cancer, as well as to help herself mentally heal.

Notaro has been using vegan actress Alicia Silverstone’s book, “The Kind Diet“, as a reference to help her learn more about plant-based eating in general.

Right now, Notaro listed quinoa, avocado, and brown rice as staples in her diet that both she, Allynne, and their two babies enjoy.

The Relationship Between Health and Food

Notaro is not the first celebrity to adopt a plant-based diet to aid her in fighting cancer. Veteran actor Larry Hagman similarly adopted a vegan diet following his cancer diagnoses, and chef Steve Curtis has been passionately outspoken about the benefits of eating plant-based after beating terminal cancer. Curtis even opened a restaurant to give back to his community in 2016.

If you’re interested in taking the initiative to learn about 5 Incredible Cancer-Fighting Foods to Add to Your Plate and want suggestions on how to incorporate them into your diet, definitely check out the article above. We want to highlight these Fermented Foods That Can Improve Your Microbiome and Digestion as well.

This fresh, crunchy salad is the perfect lunch! It’s also versatile, to meet all of your mealtime needs! It can be rolled up in a soft flour tortilla or sandwiched between rustic bread for a quick and portable lunch that’s light and delicious.

Creamy and rich avocado pairs well with zucchini because they’re kind of opposites when you disregard their shared color. Zucchini is light, fresh and juicy so the avocado balances it out. Wrap it all up in seaweed and brown rice — but first read up on How to Cook The Perfect Brown Rice.

If you’re new to plant-based eating, we recommend taking a look at this Whole Foods Guide so you can get acquainted with some of the cleanest eating out there. Learn about these 10 Tips for Shifting from Processed Foods to Whole Foods and these 15 Whole Foods-Based Lunches and Dinners That Won’t Break the Bank.

If you want to keep exploring plant-based cooking, we also highly recommend downloading our Food Monster App, which is available for both Android and iPhone, and can also be found on Instagram and Facebook. The app has more than 8,000 plant-based, allergy-friendly recipes, and subscribers gain access to ten new recipes per day. Check it out!