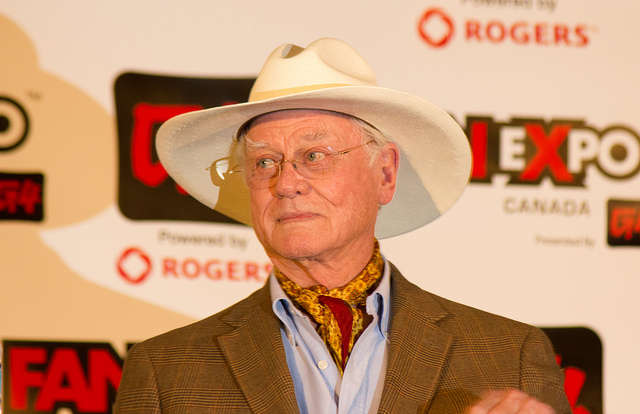 Veteran actor Larry Hagman, who starred in “Dallas” has adopted a plant-based diet in an effort to overcome cancer.

Hagman revealed that he transformed his lifestyle following his cancer diagnosis and also shed 25 pounds in the process. Hagman is now convinced his new diet is helping him beat the disease.

“I’m feeling great and I’m back on track,” Hagman told the Daily Mail.

“The first thing I did when I was diagnosed was to turn vegan. Now I live on fresh vegetable drinks which taste like crap, but which I firmly believe have helped me get through this thing. I’m down in weight from 14 stone 9 pounds to 12 stone 12 pounds but am feeling great. I fully anticipate getting the all-clear from my doctors sooner rather than later.”

‘I’ve become a bit of a vegan nut, but I believe it’s kept me strong.”

Read the entire interview in The Daily Mail.