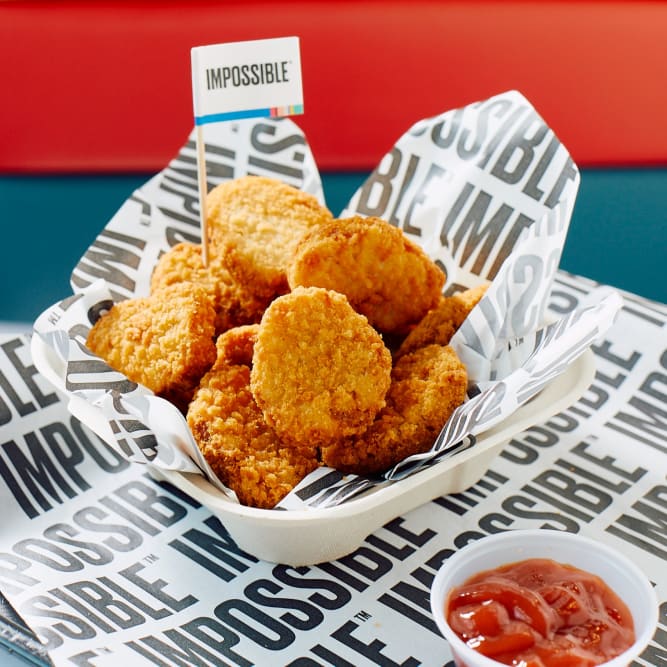 A blind taste test was done in several restaurants, showing that 7 out of 10 consumers preferred the Impossible nuggets over typical chicken nuggets.

Pat Brown, founder, and CEO of Impossible Foods said, “We are tremendously excited about our Impossible Nuggets. But this launch isn’t really about nuggets. It’s about the historic inflection point we’ve reached. For the first time, consumers unquestionably prefer meat made from plants instead of meat from an iconic animal. In the battle for the future of food. This is the first time David has categorically bested Goliath, but it won’t be the last.”

Not only do the Impossible Foods nuggets taste better than real chicken nuggets, but they are also a healthier option, containing 40% less saturated fat and 25% less sodium. They also use 48-49% less land, 43-44% less water, and generating 36% less GHG emissions than nuggets made with meat.

They are the perfect option for those who eat a plant-based diet as well as for those looking for an environmentally friendly alternative.

Try making your own vegan “chicken” nuggets at home: