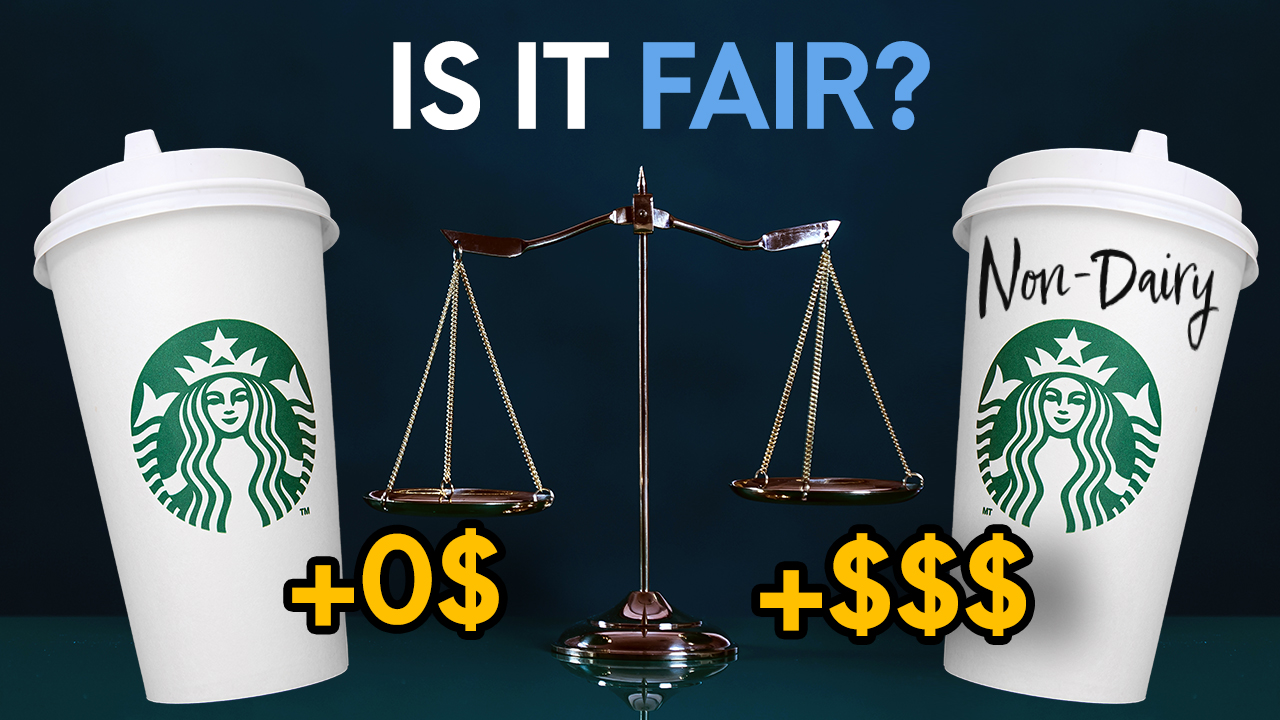 In a new campaign to get Starbucks to drop its non-dairy milk upcharge, Babette Davis, a health-conscious 70-year-old head chef and co-owner of Stuff I Eat restaurant in Inglewood, California, has teamed up with Switch4Good to deliver a message to Starbucks CEO Howard Schultz.

In the video, Davis touches on the environmental impact on dairy, how easy it would be for Starbucks to not charge for plant milk, and how the upcharge cheats those who are lactose intolerant, of which up to 80 percent are Black and Latinx people.

Starbucks themselves have even admitted that dairy is their biggest source of carbon dioxide emissions and that its production requires a massive amount of water to be used. On top of that, industrial dairy operations pollute waterways, destroy ecosystems, and profit off of the sexual exploitation of dairy cows and the kidnapping of their babies.

Switch4Good has repeatedly called out Starbucks for their plant milk upcharge and even released a fake Starbucks press release about how they would be removing the upcharge because it was a form of dietary racism. James Cromwell, a famous actor and animal rights activist, also made headlines recently when he decided to glue his hand to the counter of a Starbucks in New York City to protest the upcharge.

“Starbucks knows it’s the right thing to do, for its customers and the planet,” said Switch4Good executive director Dotsie Bausch. “Since targeting Starbucks, we have repeatedly raised the issues of dietary racism and the environmental impact of dairy, and it’s time for them to act like the progressive company they say they are.”

People should not have to pay more for a product that is better for their health, the environment, and animals. Starbucks has already dropped their surcharge in other countries, so they should be able to do it in the United States too. Please sign this petition to tell Starbucks to finally stop upcharging for its milk alternatives!