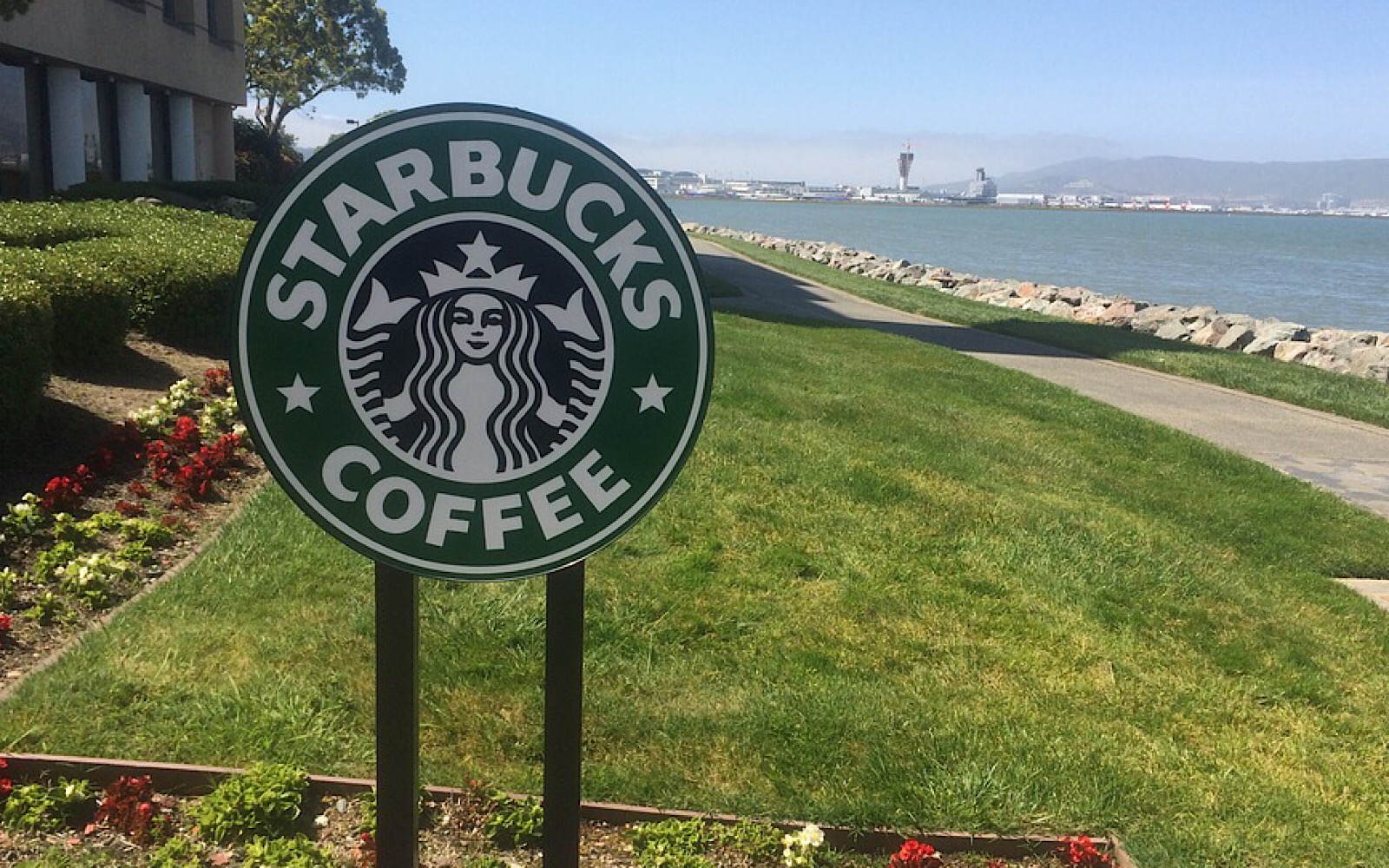 Demand for plant-based foods and drinks has been on a steady incline and is up by 140 percent, and a recent survey showed that restaurants that switched to plant-based menus saw a jump in sales of up to 1,000 percent. Due to this shift in consumer habits, wise leaders in business are adjusting to meet demand.

Starbucks, one of the biggest corporations in the world with 21,000 stores across the globe and a value of $77 billion, has noted this increase in demand for plant-based products over the years and has altered their menus as a result. Patrons of the coffee shop can now choose from a variety of plant-based milk options instead of going the traditional dairy route, those looking for a bite to eat can choose from a few hearty plant-based food items in the deli case, and those with a sweet tooth can try out their new vegan cookie. And now CEO of Starbucks, Howard Schultz, has spoken out about the future of plant-based food.

Schultz was one of many special guest speakers at this year’s Seeds and Chips conference, the largest food innovation event in the world based in Milan. Food Tank founder and president, Danielle Nierenberg, shared on Twitter what Schultz had to say: 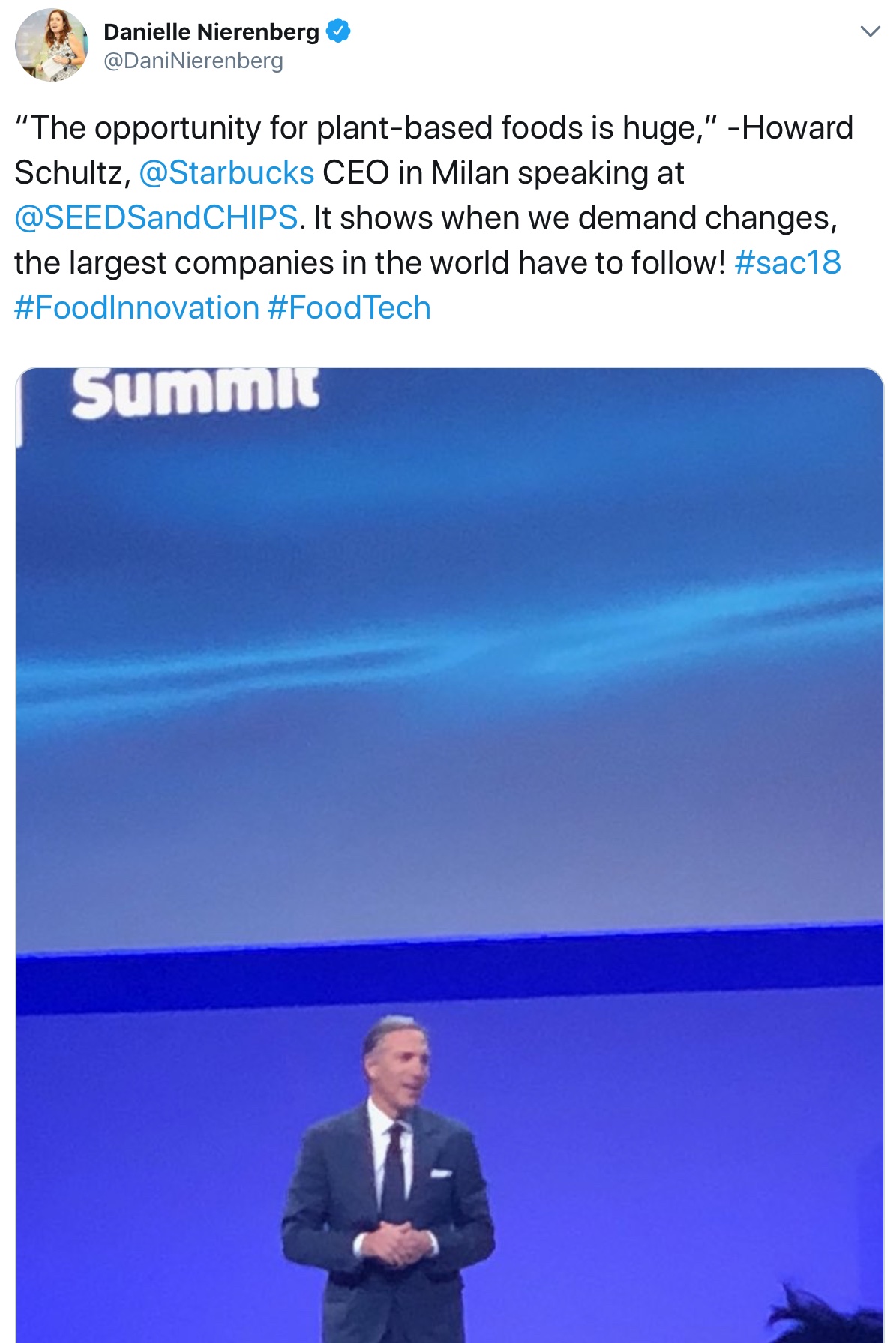 Starbucks has also made some progressive changes in the realm of sustainability, testing out paper cup fees and biodegradable straws in some locations. According to Seeds and Chips, “Under Schultz, Starbucks has been an early proponent of corporate social responsibility, and its 2016 Global Social Impact Report outlined the company’s vision for the future with particular emphasis on sustainability, greener retail, and community engagements. In May 2016, Starbucks issued a $495.6 million sustainability bond to use its influence in the coffee supply chain to improve working conditions for farmers and combat the environmental risks to coffee farms around the world.“

It is so great to see such a major influential corporation speak positively about the plant-based future of food. To learn more about how your food choices affect the world as a whole, check out the Eat for the Planet book!