10 Plant-Based Olympians and their Favorite Foods! 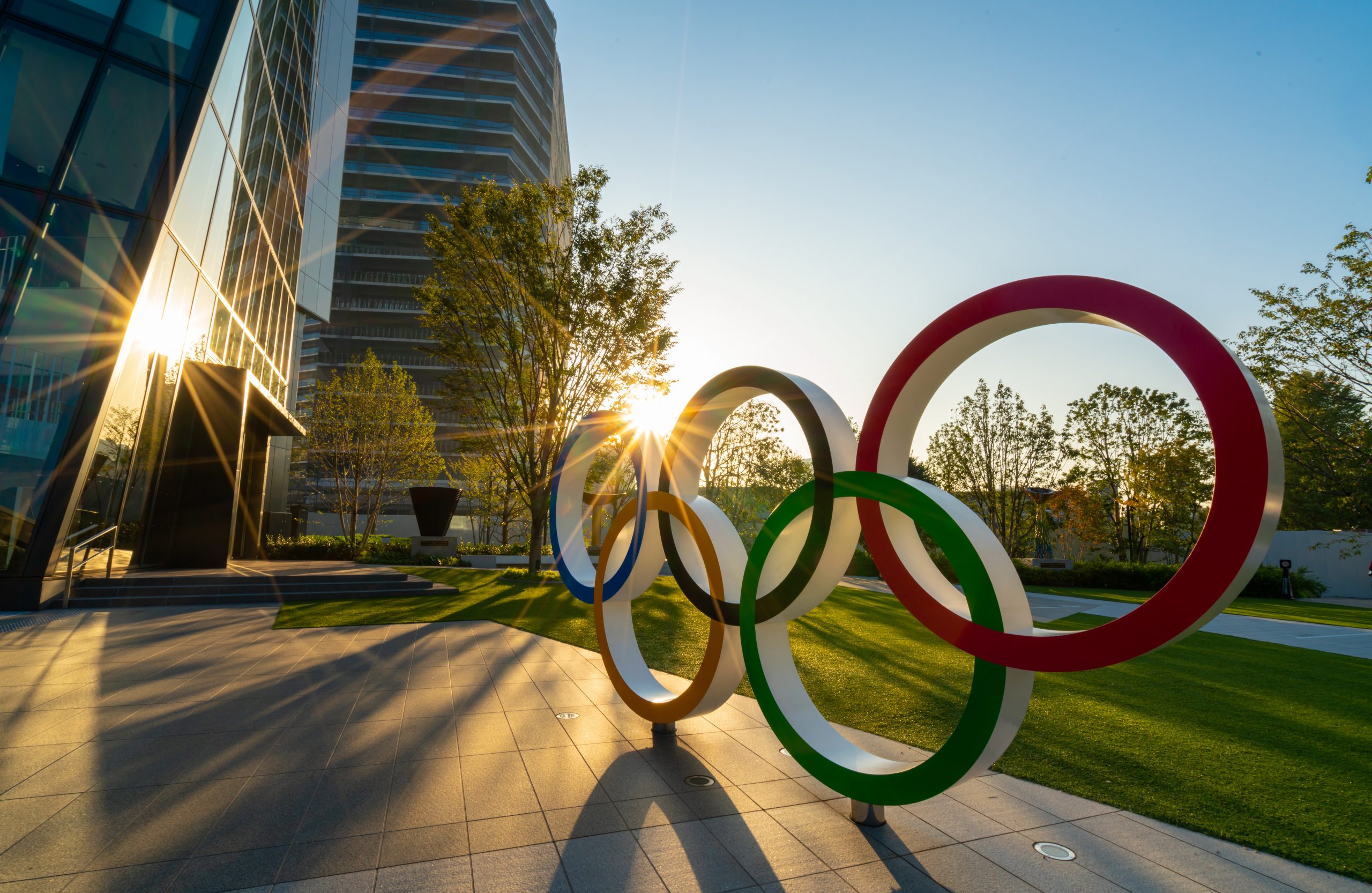 Over the years we’ve seen an increasing number of Olympics athletes switching to a plant-based diet, and there are a variety of reasons for this. The number one reason is that it naturally enhances their physical and cognitive abilities to perform at their very best. Olympic athletes are under great amounts of stress, both physically and mentally during the games, as well as during practice. Eating a plant-based diet has been proven to increase stamina, mental clarity, and focus. Whether they are training or competing, they will be able to recover faster, stay leaner, and ultimately be ready to take home the gold!

Let’s take a look at Olympic athletes who are thriving on plants! 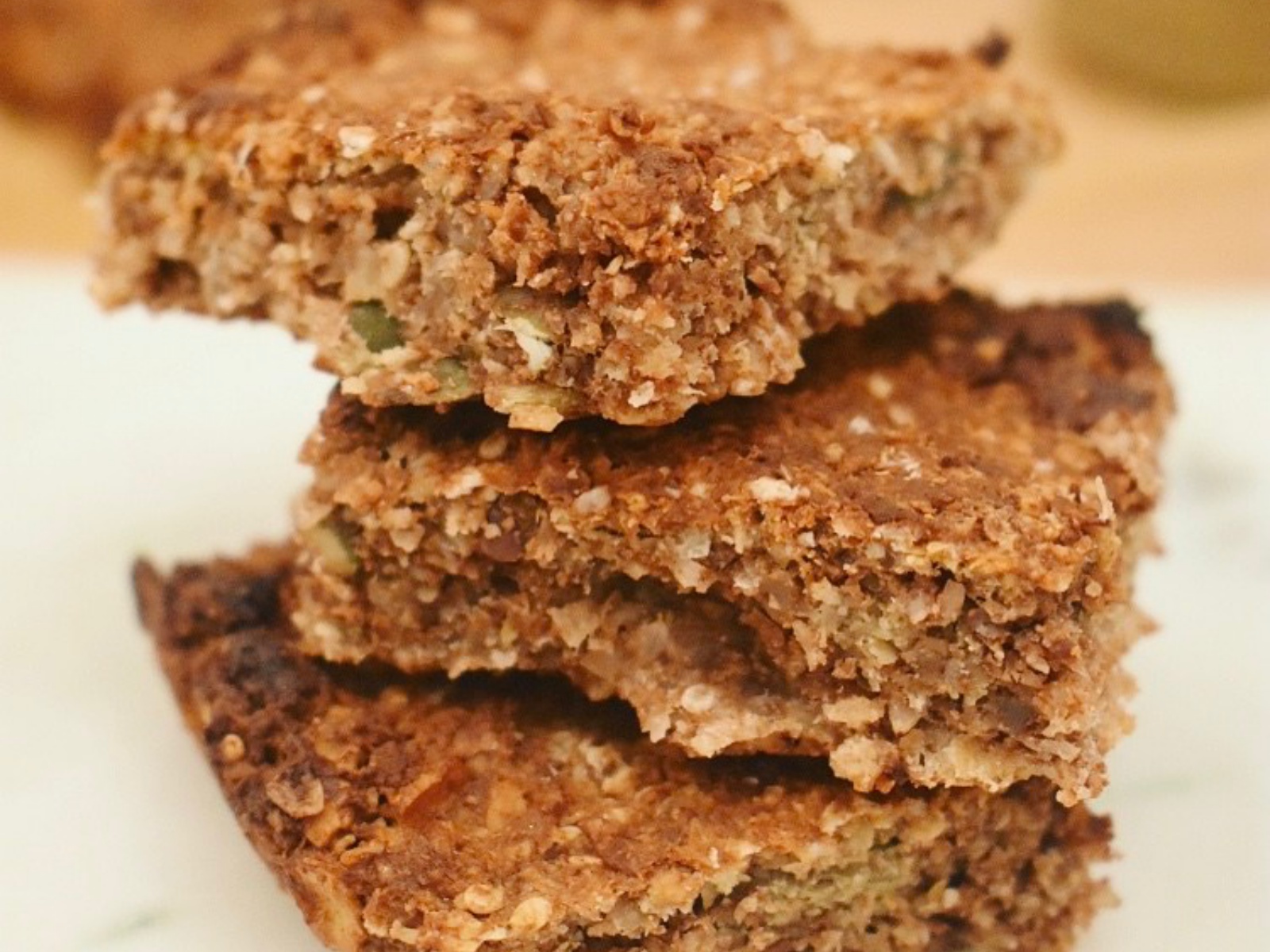 Meagan Duhamel is a plant-based Olympic figure skater who made the switch to vegan in 2008. The two-time world champion is living proof that you can perform at peak levels without animal products. She reports being “able to recover and train with more intensity than most of my training mates.” She fuels her body with protein-packed foods such as protein bars, chia seeds, and hemp seeds.

These protein breakfast bars by Vicky Coates can be eaten any time of the day and make a great snack. These bars are simply made up of a mixture of oats, nuts & seeds, making them full of fiber, protein, and nutritional goodness. Not to mention that they are naturally gluten-free, vegan & paleo-friendly! 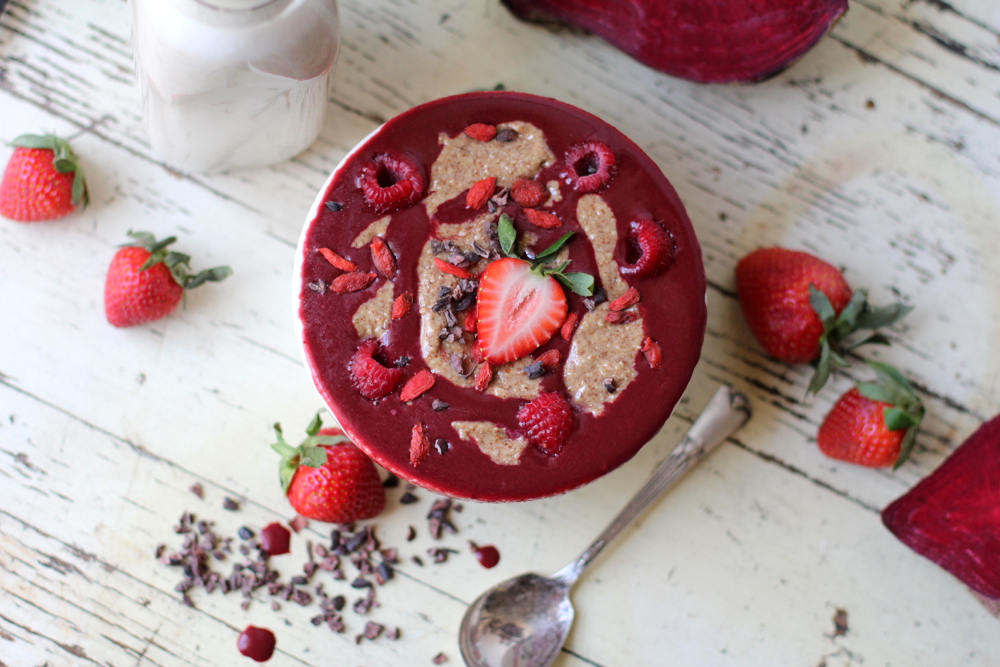 
Novak Djokovic is the top tennis player in the world. With this title, he takes his health and performance very seriously. He likes to fuel his body with 100% plant-based foods. He reports having improved digestion, focus, and performance once cutting out dairy and red meat. He enjoys having fruit smoothies to start his day to keep him energized for his long hours of training.

Boost your workout routine with this delicious and nutritious Strawberry Beet Cinnamon Smoothie by Claire Ragozzino! This smoothie is great for muscle recovery. Nitrogen-rich vegetables like beets help increase blood flow to the muscles which speeds up your recovery time and boosts your energy. The bananas contain potassium to avoid muscle cramping, the flax provides good fats loaded with heart-healthy omegas, hemp provides a small protein boost, and cinnamon helps the pancreas metabolize the sugar from the beets/fruit. 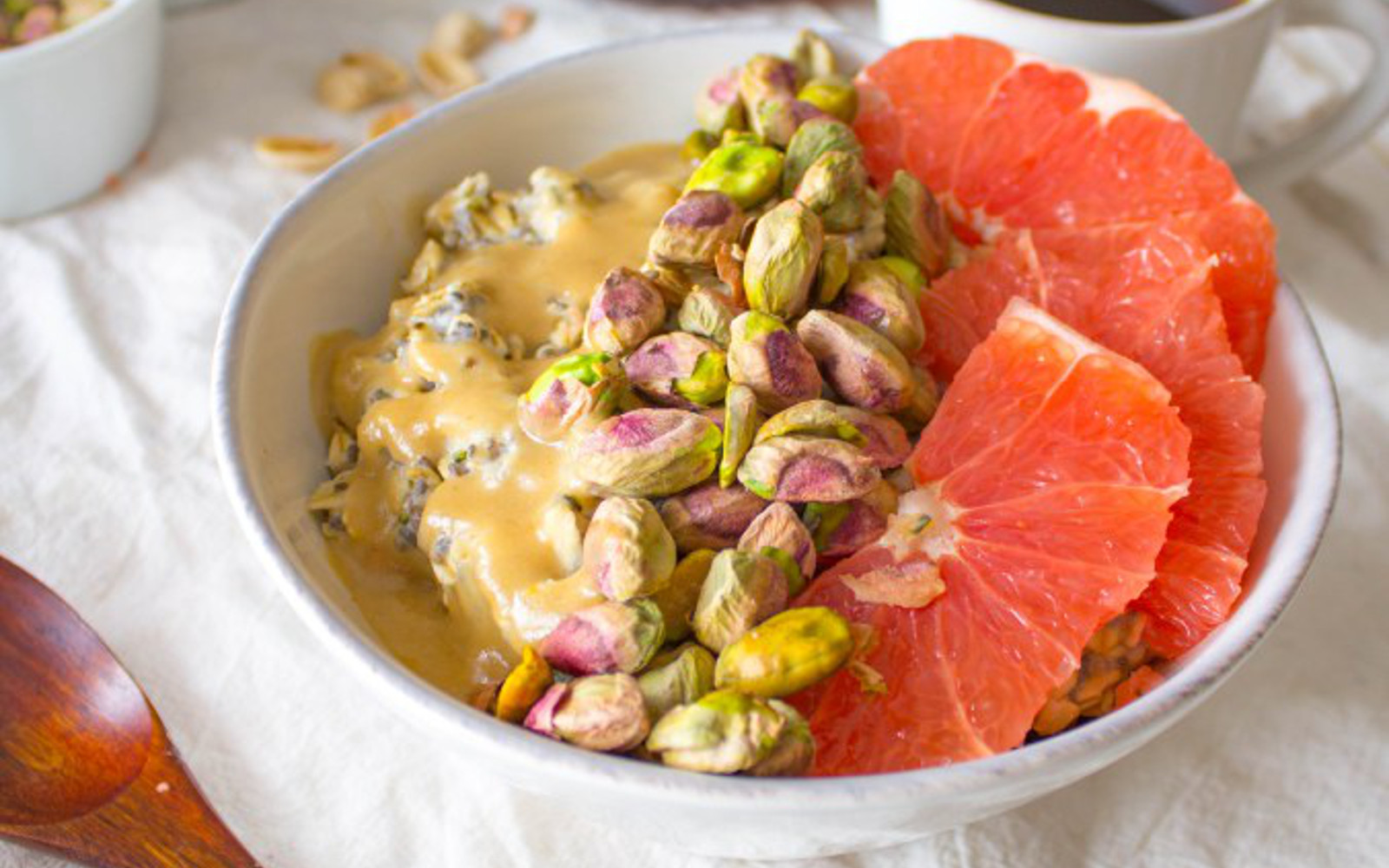 Morgan Mitchell is an Olympic runner who focuses on high-carb foods to aid strength and endurance on the track. She has revealed that swapping protein-rich plant foods for animal products has helped her win her Olympic medal. She enjoys eating oatmeal, smoothies, and big, nutritious salad bowls!

Treat yourself to this delightful Breakfast Bowl With Oats, Pistachios, and Grapefruit, and a sweet, creamy maple-tahini drizzle by Steph McKercher! You get a boost of protein from the pistachios, plus the hemp and chia seeds that are added as the oatmeal simmers. This breakfast bowl will provide you with the long-lasting energy that you need to start your day. 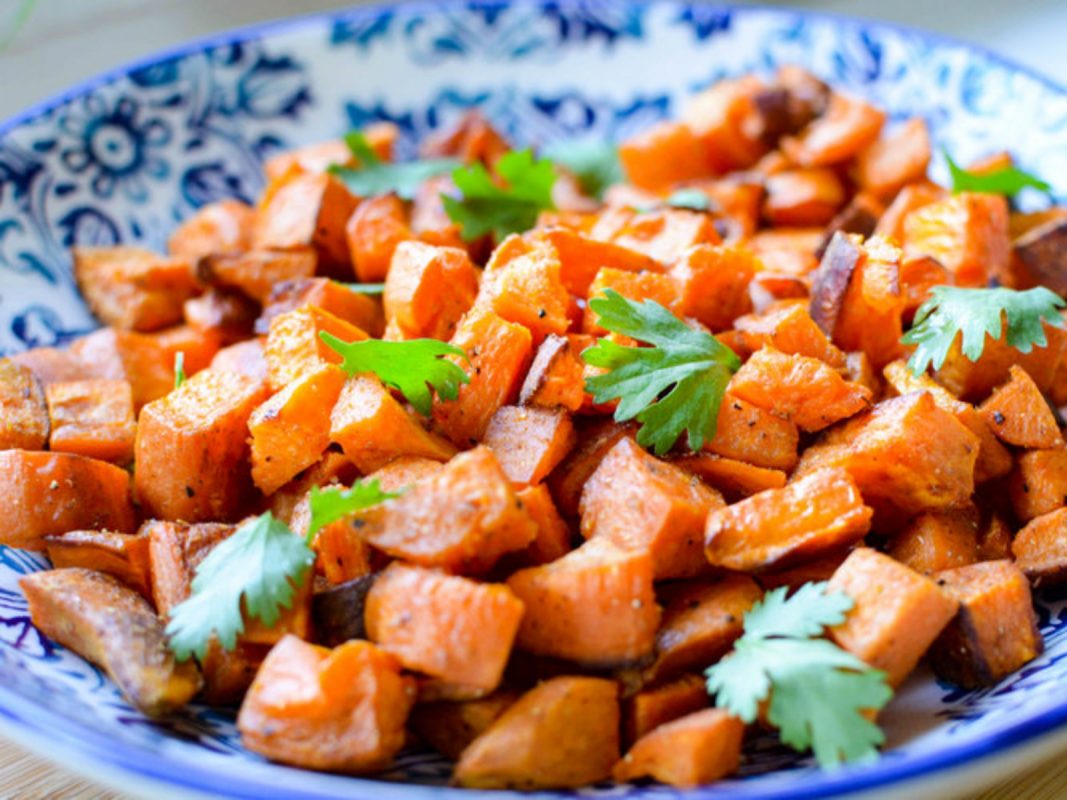 Micky Papa is an Olympic skateboarder who credits plant-based for his increased energy levels. He also believes it has contributed to the longevity of his career. He understands that what you eat can completely affect the quality of your life, so he chooses to eat big veggie bowls, with russet and sweet potatoes, peppers, and carrots.

Sweet potatoes are incredible. They’re quick to do, with only a few ingredients, and make a great side for most dishes, whether you are vegan, vegetarian, paleo, or something in between. These roasted sweet potatoes by Daniela Modesto are not an exception. 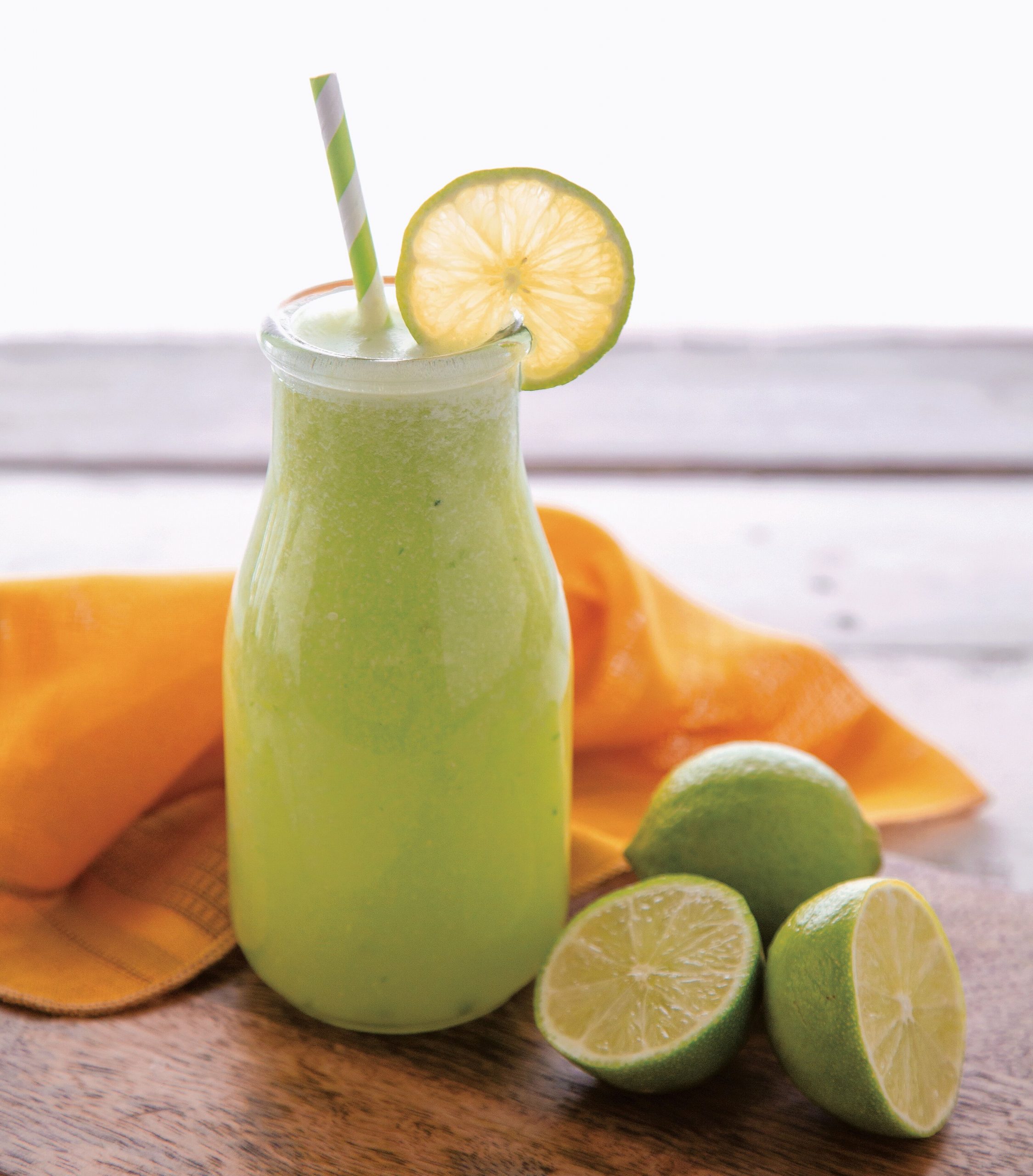 Serena Williams is a four-time Olympic tennis gold medalist and is known for her brutal force on the court. Her health and fitness are also her top priority and attributes her vegan diet to her continued success. To compete at the highest level of tennis, she fuels her body with a wide variety of whole plant foods. She enjoys hydrating coconut water, mint, oats with strawberries, brown rice, and various seeds.

This cooling and refreshing Coconut Cucumber Smoothie by The 25 Day Ayurveda Cleanse, by Kerry Harling, is great for those days when your digestive fire is a little low, which tends to happen in the summer. However, you will still need something nutritious that will sustain you throughout your morning. This smoothie will be ideal, as it cools Pitta and pacifies Vata. Try adding some almond butter if you feel in need of more protein. 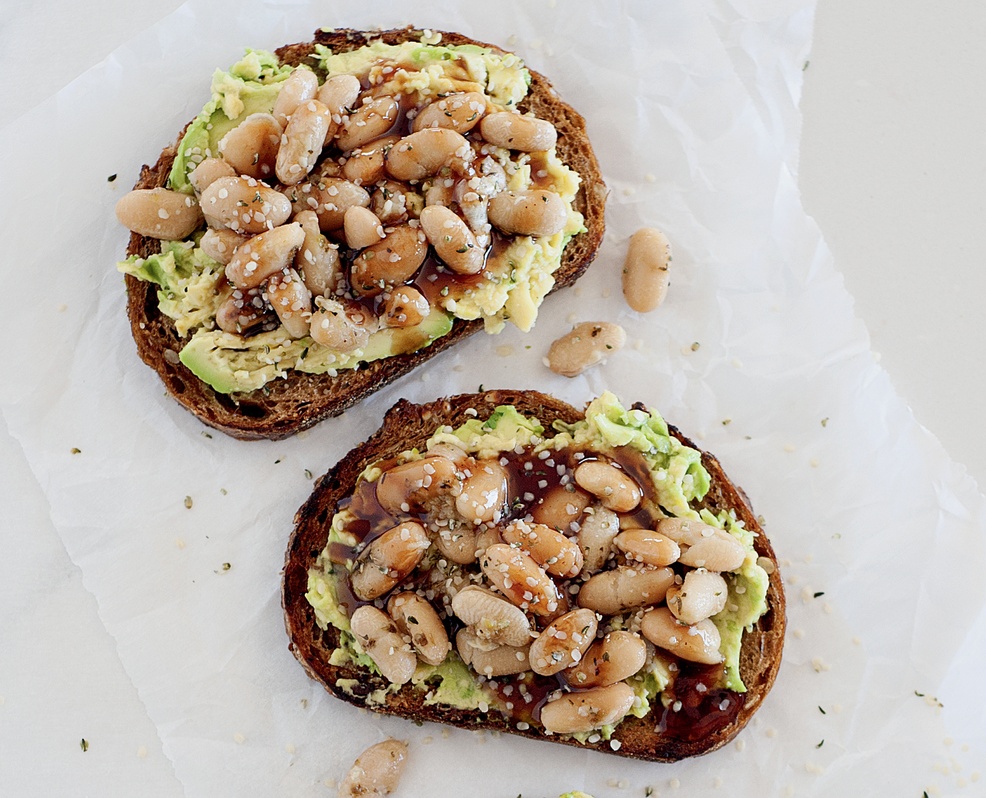 Olympic cyclist Dotsie Bausch has been eating plant-based since 2010. After learning about the horrors of the meat industry, she ditched meat completely. After making this switch, she earned a major victory in the 2012 London Olympic Games, winning a silver medal for her country! She says she craves savory food in the morning so she prefers avocado toast on Ezekiel bread as opposed to pancakes or French toast.

If you didn’t think avocado toast could get any better, it just did! You can eat this Garlicky White Bean Avocado Toast with BBQ Drizzle by The Meatless Monday Family Cookbook by Jenn Sebestyen for lunch as often as you want, plus it’s easy to scale down (or up!). With such a short ingredient list, you’ll be amazed at how delicious this is! 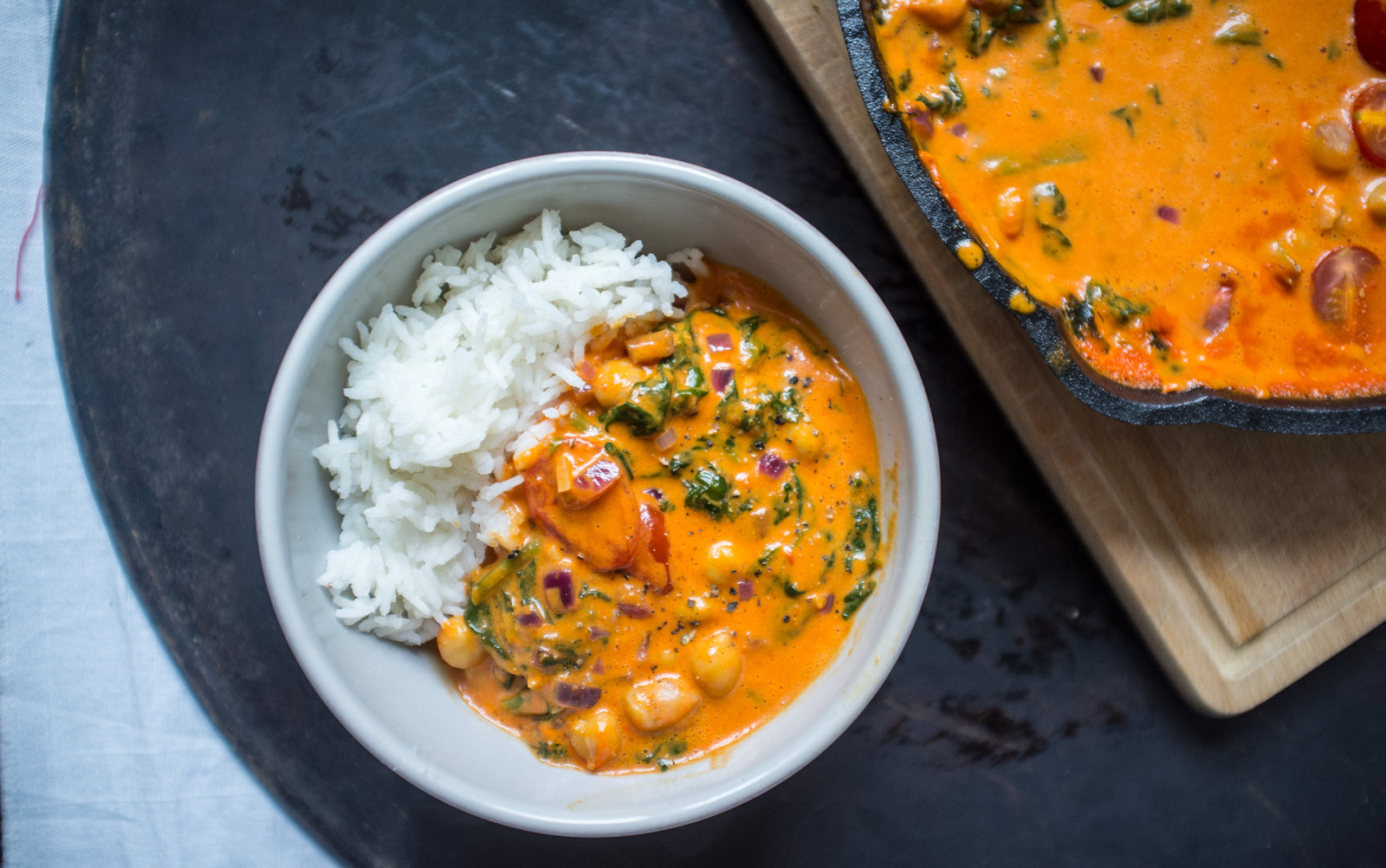 Alex Morgan is a pro soccer player who took part in the FIFA Women’s World Cup three times and participated in the London and Rio Olympics. Alexandra adopted a vegan diet in 2017 and went vegan because of her love for animals. In an interview, she said “I’m passionate about giving animals a voice. I even adopted a vegan diet, because it didn’t feel fair to have a dog I adore, and yet eat meat all the time.” She loves eating chickpea curry, Mediterranean food, and a ton of veggies!

This vegan Roasted Red Pepper, Chickpea, and Spinach Curry by Sonja Trurnit is to die for! Chickpeas and spinach are blanketed in a rich, red pepper and coconut sauce for a hearty, spicy, super comforting curry that’s also rich in iron! What more could you want for dinner? This vegan chickpea curry will have everybody wanting to come back for seconds (and maybe thirds)––it’s just that delicious! 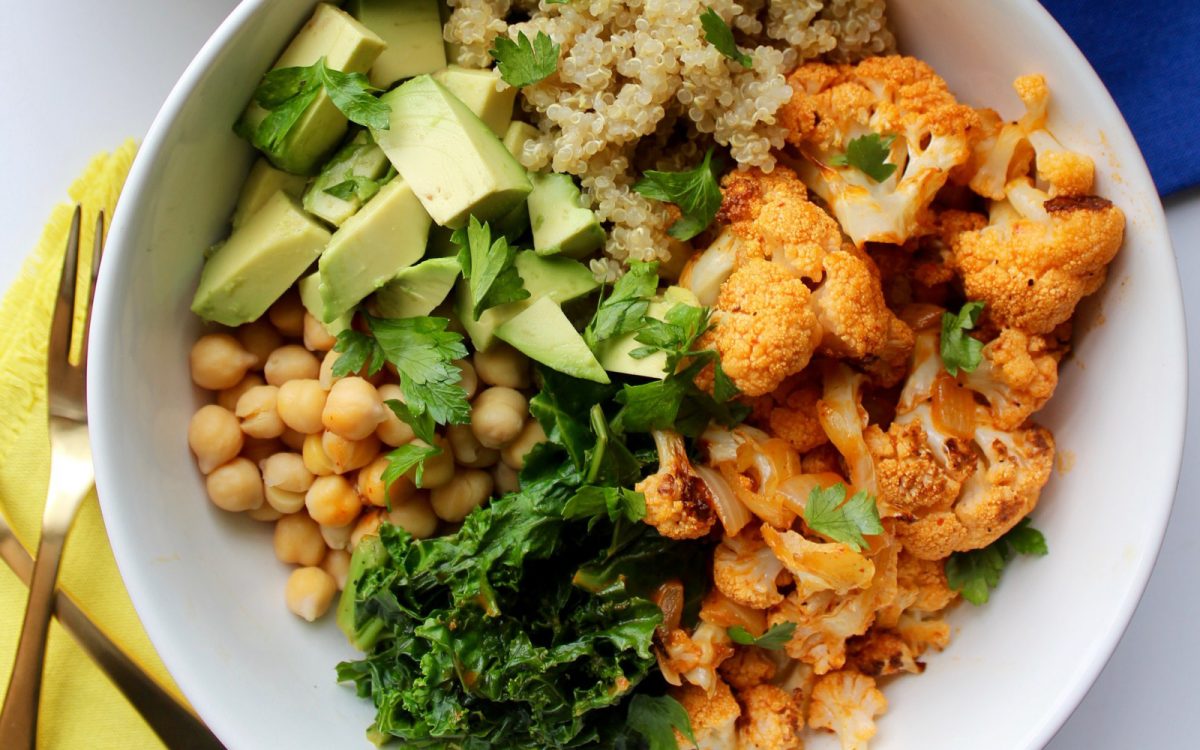 Amelia Brodka is an Olympic skateboarder for team Poland. She’s competed at the professional level since 2007 and chose to go vegan to skate for as much as possible, for as long as possible. She focuses on fueling herself with mainly whole foods to give her the sustained energy to train and compete. She enjoys huge salads and plant-protein foods just as vegan eggs.

Everybody loves cauliflower ‘wings’ but this spicy cauliflower power bowl by Liz Martone takes the concept to a whole new level of deliciousness. The hearty quinoa base is topped with fiery cauliflower, sautéd kale, and creamy avocado to make a meal that’s got all the flavors you crave and the nutrients you need. 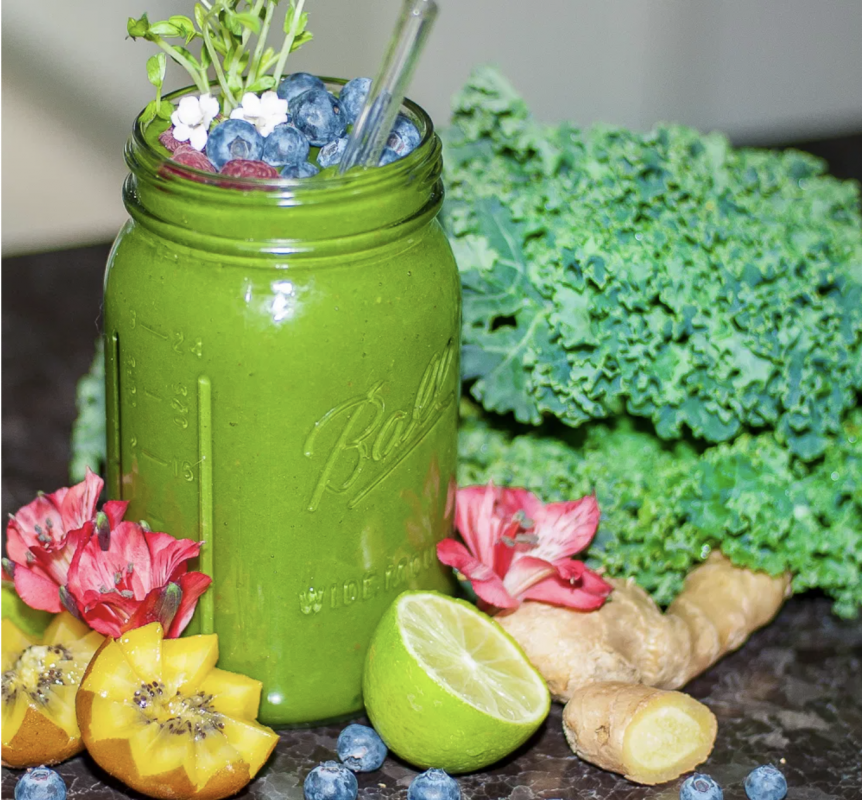 Venus Williams, a four-time Olympic gold medalist has said that going vegan not only transformed her health and skin but her performance on the court as well. She has been eating a plant-based diet for a decade. She enjoys eating a wide variety of fruits and vegetables and tried to limit processed foods.

Best. Smoothie. Ever! This Tropi-Kale Smoothie by Lena Ropp is packed with tropical flavor and fresh greens to give a healthy boost to your morning. Tastes like a dream! So healthy and refreshing. 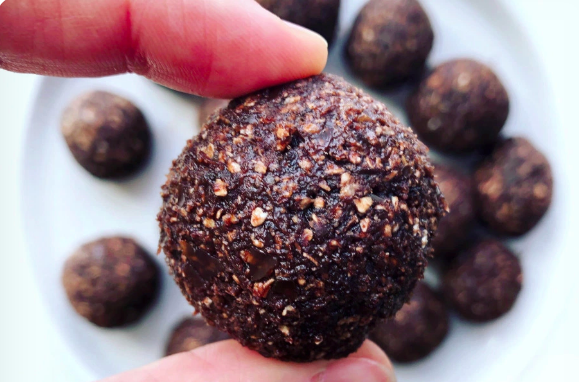 The recipe for Cocoa Peanut Butter Energy Balls by Amarilis Moldes is easy, delicious, high in protein, healthy … it has everything. The simple 5 ingredients in these cocoa peanut butter energy balls come together to form the ultimate power-up snack!

These plant-based Olympic athletes are living proof that a diet primarily based on plants is optimal for athletic performance and health in general. For many years, there has been a huge misconception that you can’t get enough protein, or build muscle by eating a plant-based diet. However, there are endless varieties of vegan food substitutions and plant sources of protein in the world today, which is why there is no reason why any high-level athlete cannot excel on a plant-based diet!

Reducing your meat intake and eating more plant-based foods is known to help with chronic inflammation, heart health, mental wellbeing, fitness goals, nutritional needs, allergies, gut health, and more! Dairy consumption also has been linked to many health problems, including acne, hormonal imbalance, cancer, and prostate cancer, and has many side effects.