Why You Should Avoid Carrageenan 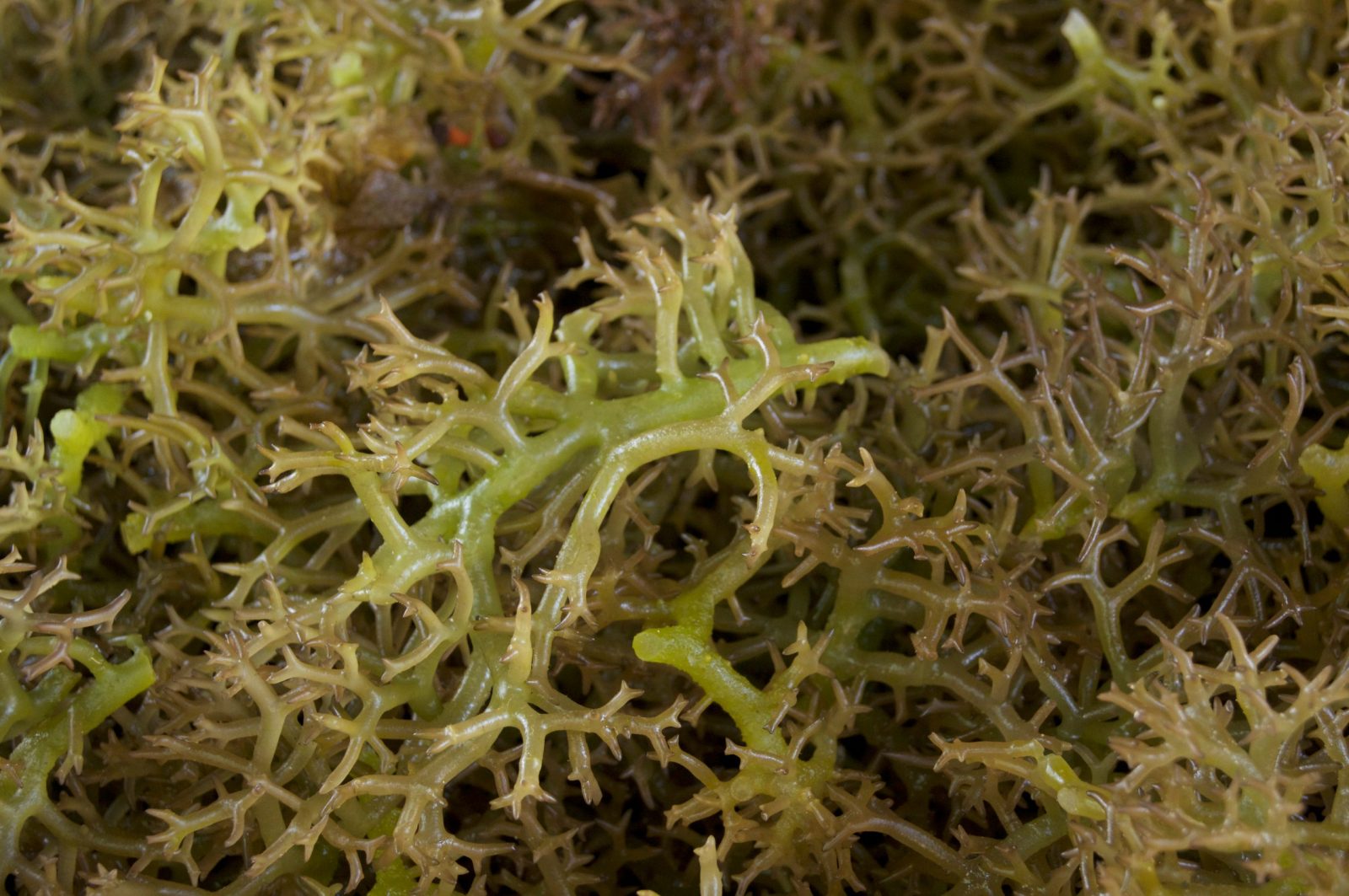 You may think that because something is natural and plant-based that it’s good. Unfortunately, while a plant-based way of life is better for your body and the environment, some products derived from plants aren’t always safe.

This may be the case with carrageenan.

Used as a thickening agent in many processed and vegan-based foods, carrageenan is sourced from a red seaweed commonly called Irish Moss. Even though you may be used to seaweed as a natural, healthy, and low-calorie snack — think dry seaweed strips — this type of seaweed may also cause unwanted health side effects ranging from stomach bloating to cancer. If this wasn’t scary enough, it turns out that there may not be a whole lot of difference between food-grade (undegraded) and degraded carrageenan, which may mean that all carrageenan is simply unsafe to eat.

With this hotly debated topic still underway in research labs across the world, there’s a lot of information to sift through to make your decision whether to consume or avoid this product.

So, let’s dive in and see what we can figure out!

Carrageenan is a substance sourced from red seaweed called Irish Moss which is native to the British Isles. The extracted substance is a popular and widely-used food additive used as a thickening agent, as well as used to emulsify and preserve foods. While those that live in the British Isles have been cooking with Irish Moss for hundreds of years, using the extract as a thickening agent is somewhat new. Carrageenan is used in a variety of foods such as ice cream, cottage cheese, jelly, and pudding, yet — due to its plant-based source — it’s most popularly used in dairy-free vegan alternatives such as nut milk, nut cheese, and dairy-free yogurt.

Even though carrageenan is a plant-based food, studies are finding that this additive may have some serious health consequences. Carrageenan has been linked to “increased inflammation, gastrointestinal disorders, glucose intolerance, food allergies, bloating, and even cancer, especially colon cancer.” On top of that, there’s been a hot debate regarding the difference, if any, between food-grade carrageenan — referred to as undegraded — and degraded carrageenan — also referred to as poligeenan. Degraded carrageenan — the version not approved by the FDA — is known to have carcinogenic (cancer-causing) properties, and if there is little to no difference between degraded and undegraded, that means this additive is infusing cancer-causing properties into your store-bought food products.

The confusion and uncertainty regarding the potential dangers of carrageenan stem from its reaction to acid, in particular, the acid-loving environment of the human stomach. For carrageenan to be used as an additive, it must be “processed with acid” and this mixing “creates a substance called degraded carrageenan, or poligeenan, which carries significant health warnings,” such as being carcinogenic.

Yet, studies have been unable to determine whether our stomach acid creates this degraded version.

In a 2018 follow-up review of the effects of carrageenan entitled Revisiting the carrageenan controversy: do we really understand the digestive fate and safety of carrageenan in our foods? the authors expose “gaps” in carrageenan-related studies of this food additive, explaining:

“Firstly, little information can be found on the current levels of public exposure to CGN. Secondly, the link between CGN physicochemical properties, its impact on digestive proteolysis, the colon microbiome and inflammation are yet to be fully resolved. Thirdly, scant scientific evidence exists on the differential digestive fate of CGN in the gut of liable and predisposed populations, such as elderly people or IBD patients. Altogether, revisiting the scientific evidence indicates that more research is needed to elucidate the possibility that continued exposure to increasing levels of CGN in the human diet may compromise human health and well-being.”

While there’s no cut-and-dry outcome, what the studies have revealed is that this product has the potential to be unsafe for consumption and even carcinogenic.

Swapping Out For Carrageenan-Free Vegan Products

Plant-based eaters are already restricted at the grocery store when it comes to processed and packaged food items — with animal-based ingredients hiding in so many things — therefore, avoiding carrageenan adds just another reason to avoid processed foods. With that said, if you’re on the fence about carrageenan and you’d rather play it safe, then start by taking a peek at the ingredient list of your favorite dairy-free alternatives. If you find that the brand you like has carrageenan here are a few brands that opt for alternative thickening and preserving agents.

Ever wonder why the almond milk you make at home is watery compared to the type you buy in the store? It’s most likely because most store-bought dairy-free milk alternatives use carrageenan to thicken it up and make it more like cow’s milk.

Check the label the next time you buy dairy-free milk! 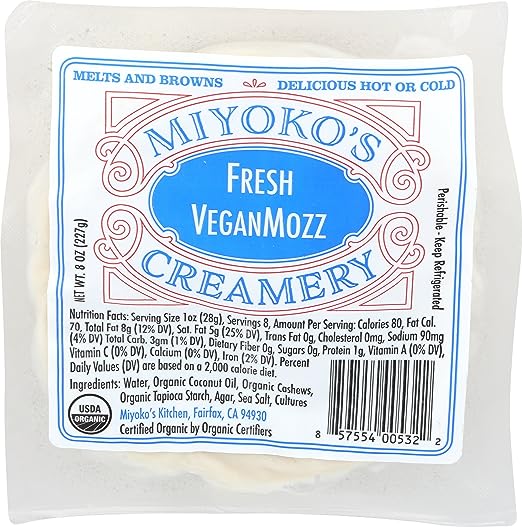 One of the larger culprits of carrageenan is dairy-free cheeses. This is because cheese is supposed to be solid yet soft. Carrageenan comes in super handy when creating these alternative cheese options as it keeps the consistency and provides a soft, pliable, cheese-like structure. 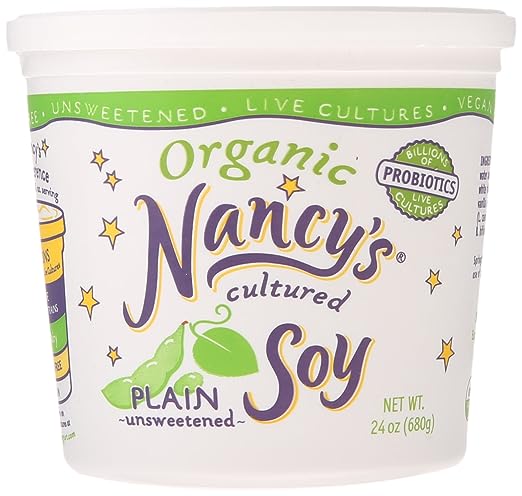 Last, but not least, another high offender of carrageenan is dairy-free yogurts. Just like nut milk and nut cheese, this product requires a bit of gelatin-like feel to make it feel like real yogurt. Carrageenan is a great way to create this yogurty texture! With that said, if you’re looking to avoid carrageenan, there are a few brands that have your back. Try out Nancy’s — such as this organic cultured soy yogurt  — Stonyfield — such as this soy yogurt — or So Delicious — such as their coconut-based yogurt. 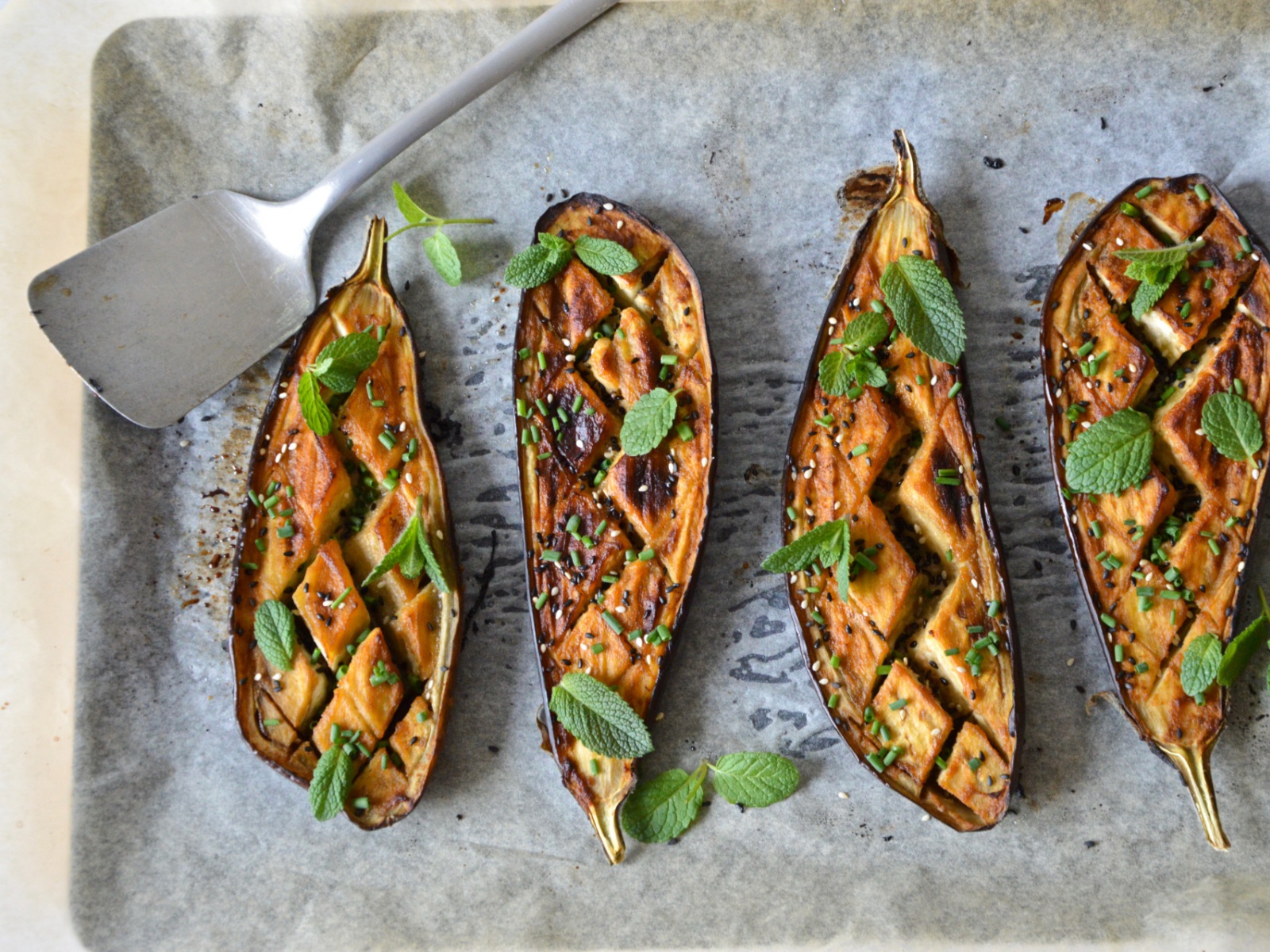 If you get tired of inspecting all your ingredient labels or searching the internet for a carrageenan-free dairy-alternative brand list, simply make some at home! There are so many wonderful DIY recipes for making your own milk, cheese, and yogurt alternatives, and the best part is that you have complete control over what you put in it. Here are some examples to get you going. 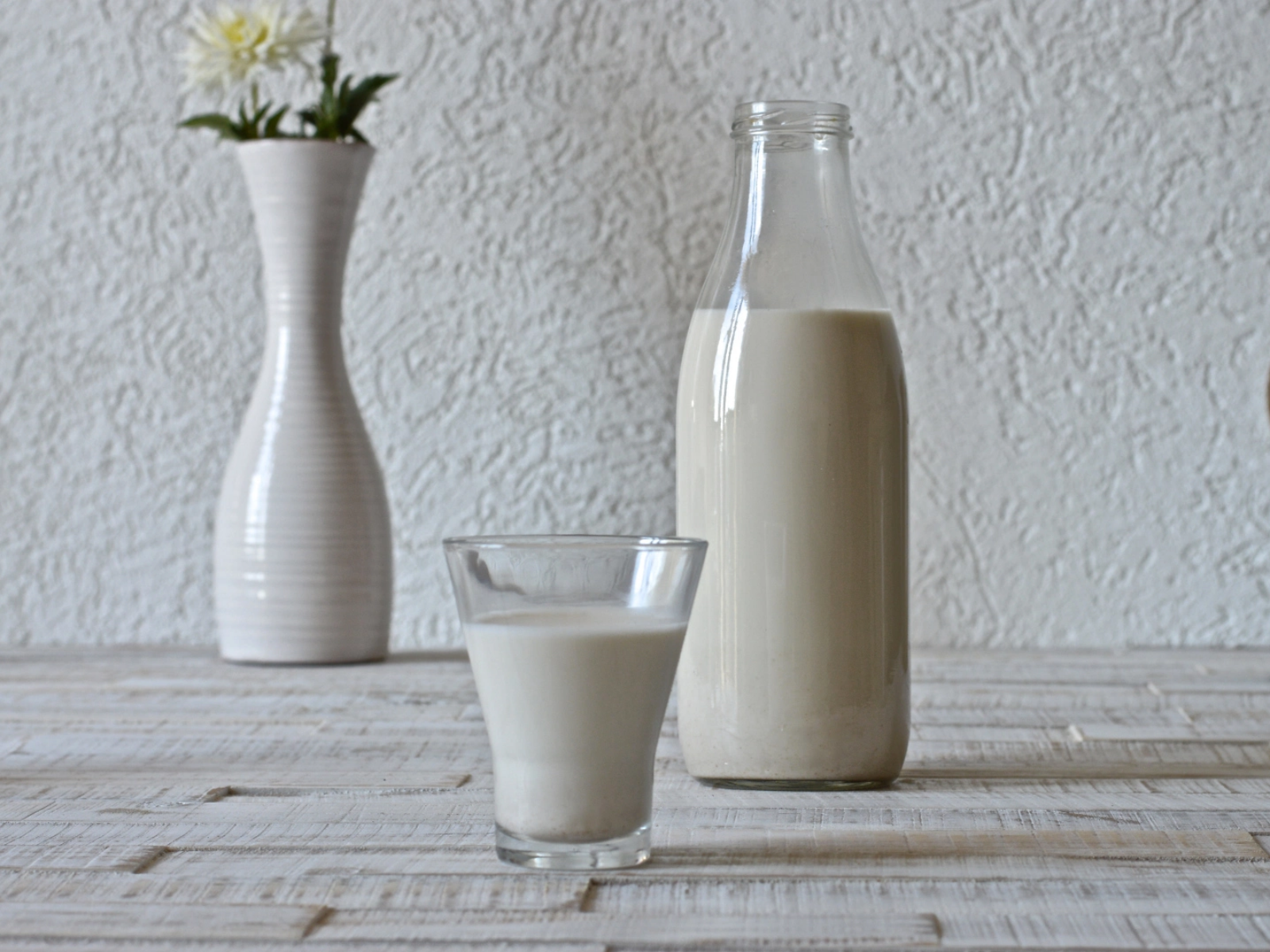 One of the most popular dairy-free alternatives for vegans is nut milk and of those nut milk varieties, almond generally tops the list. Almond milk’s flavor is subtle and the nutrient profile is not overwhelming, meaning you can consume almond milk without having to worry about overdoing any particular macronutrient, vitamin, or mineral, depending on your diet. Plus, almond milk is super easy to make. Simply soak your almonds, strain and rinse, put in a blender with water, blend, and then rinse out your almond milk using a nut bag or cheesecloth. With that said, you can also make it a bit more flavorful such as this Almond Vanilla Milk or this Almond Milk Pumpkin Spice Coffee Creamer. 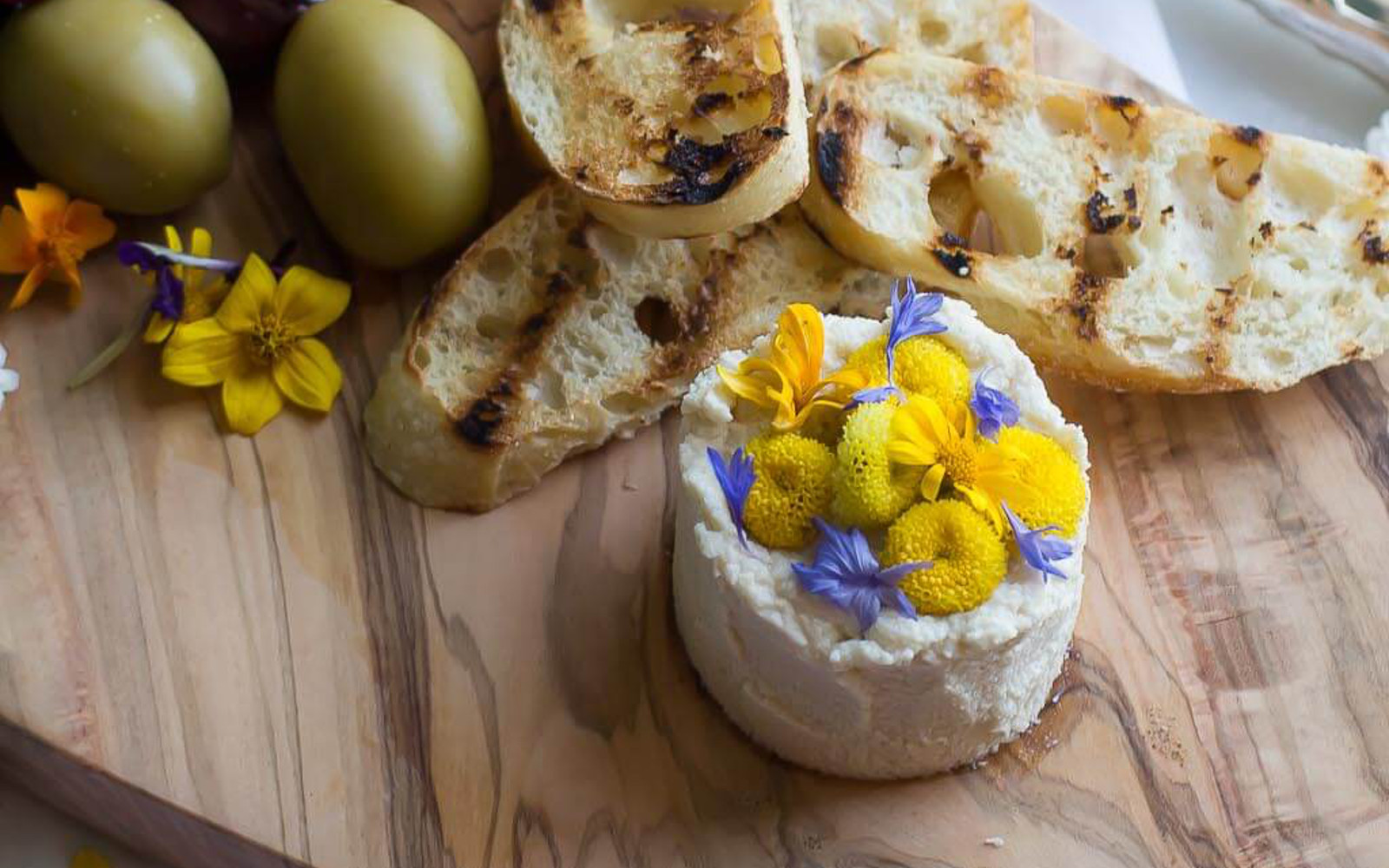 Yet another popular alternative to milk-based cheese, nut cheeses have taken the vegan world by storm! Unlike almond milk, nut-based cheese generally retains more of the nutrients, which means these dairy-free options are also super nutrient-rich. Depending on the type of nut you use, you’ll get a different taste profile and you can pretty much use any nut. Almonds are great for crumbly cheeses — such as this 5-Ingredient Almond Feta Cheese — cashews are a bit sugary, so they work well for soft cheeses — such as this Sliceable Cashew Cheese — and macadamia nuts are super fatty making them perfect for baked cheese — such as this Macadamia ‘Goat’ Cheese. 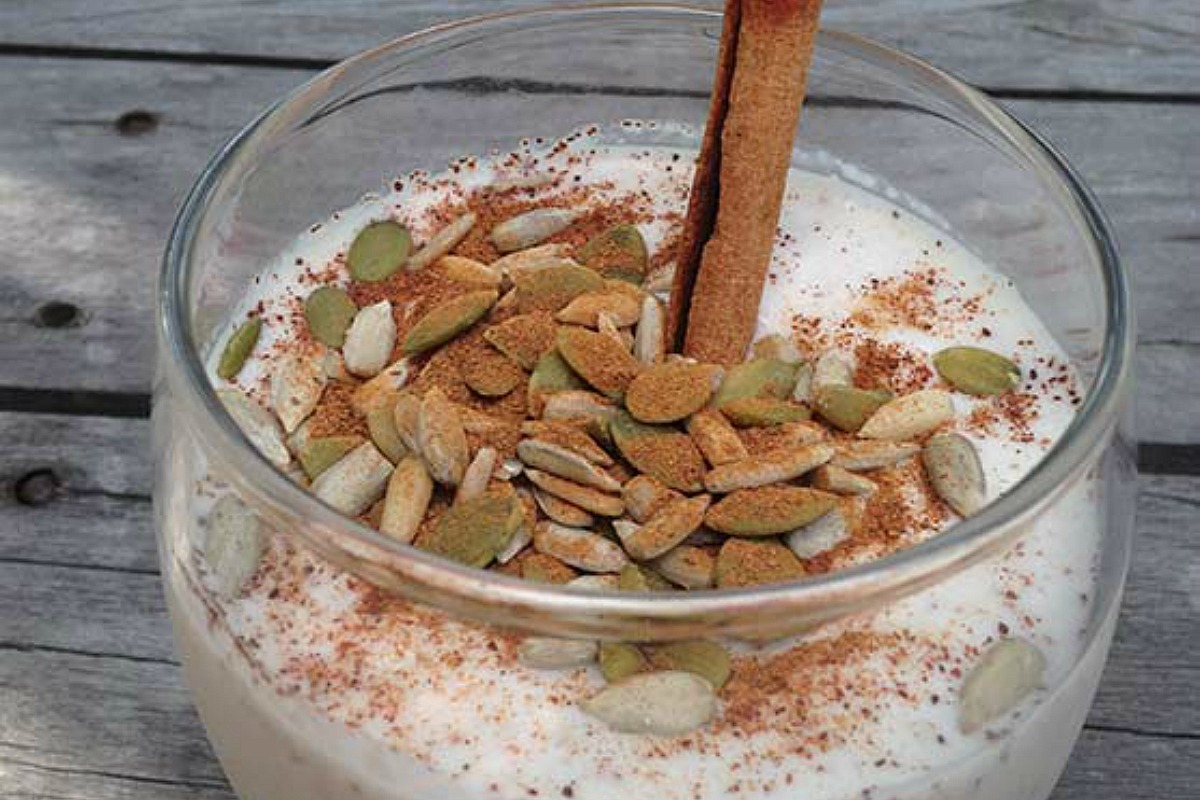 If you haven’t tried coconut yogurt, then you’re missing out! Coconuts are filled with healthy fat and nutrients, which are infused into the creamy pulverized yogurt that is one of the most popular vegan dairy alternatives. With that said, coconut yogurt can be incredibly spendy, therefore, try making some on your own. This Cinnamon Coconut Yogurt is super simple, yet the cinnamon adds a spicy warm kick to it. If you’re looking for something more traditional, try this Raw Coconut Yogurt or even this Homemade Coconut Greek Yogurt.