7 Unique Fruits To Try Out This Summer and Their Health Benefits! 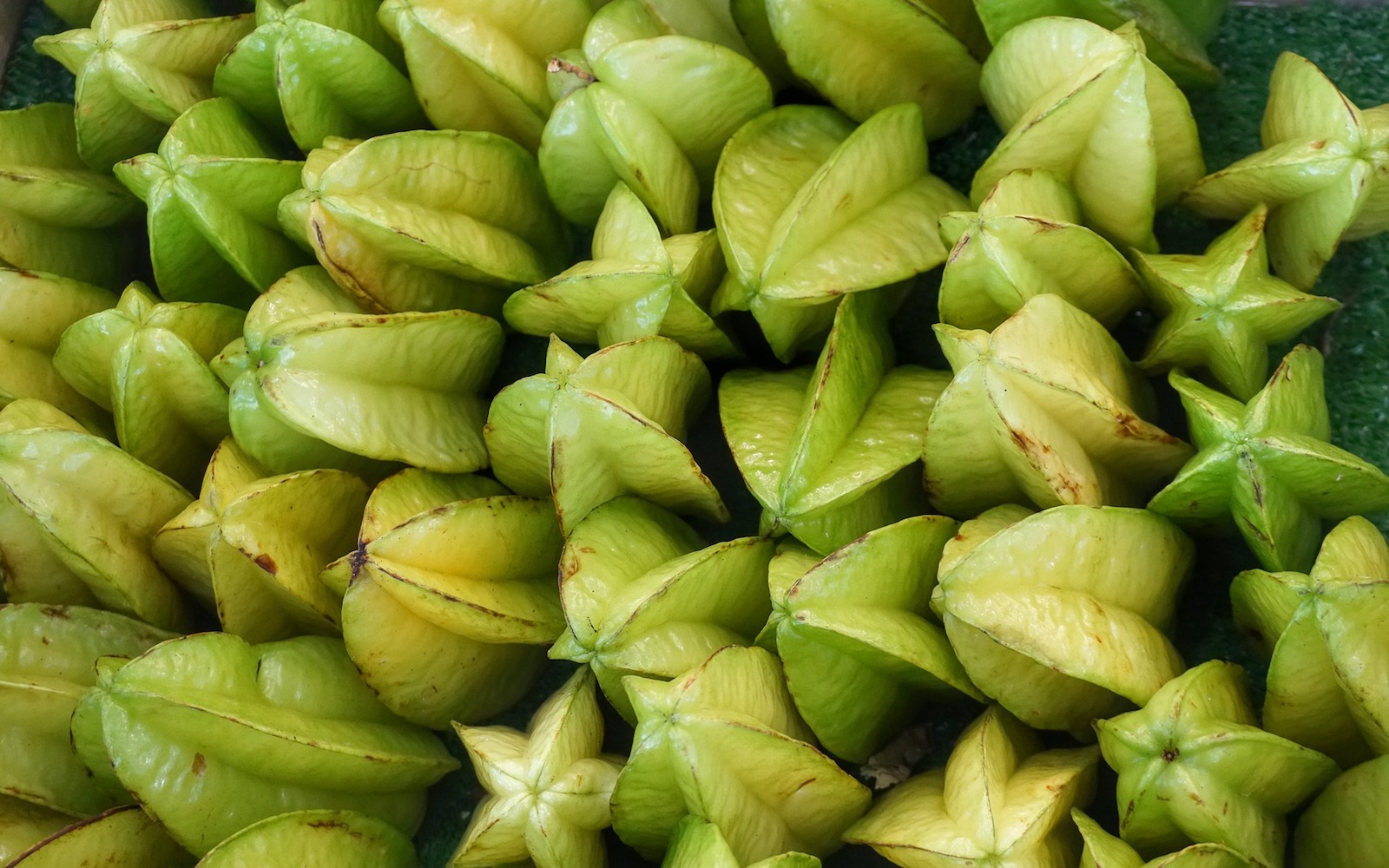 Starfruit and jackfruit and ugli fruit, oh my! Strawberries, pineapple, and oranges will always have a comforting and familiar place in your kitchen. Once the summer heat hits, there’s a wide variety of other fruit in grocery stores that are ripe for the picking. And they’re all just waiting to be sampled.

This summer, step outside your comfort zone and experiment with these 7 healthy, tasty, and unique fruits, packed with new and unusual flavors and textures. 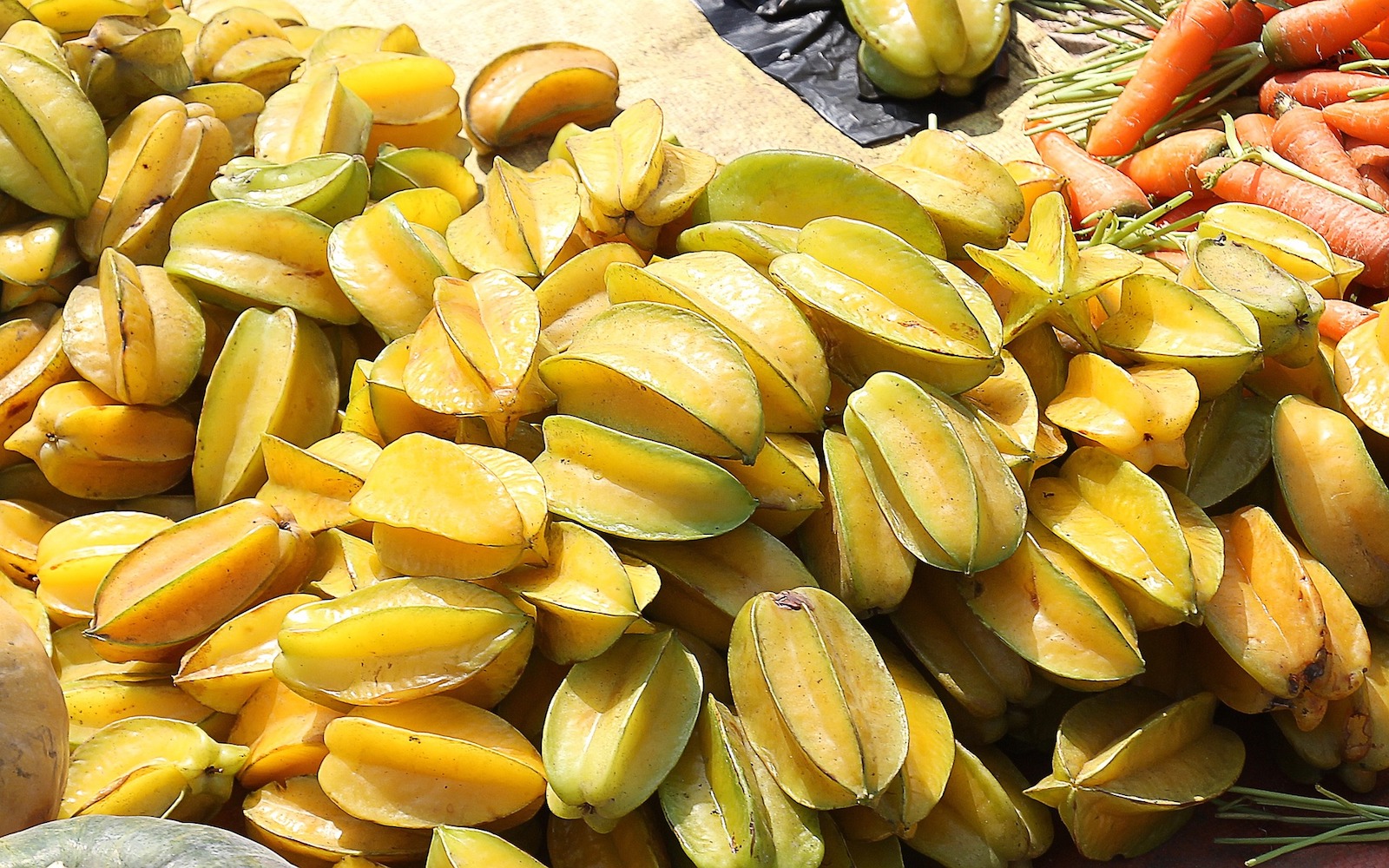 This fruit, which comes from the carambola plant, and which originated in the Malaya Archipelago, gains its name from the fact that when cut cross-sectionally, the inner part is shaped like a star. The skin is edible, and the flesh has a crisp texture and a slightly tart flavor, with some varieties being sourer, while others are sweeter. It is important to note that those with kidney problems (as well as those on certain medications) should avoid consuming starfruit, as it contains oxalates that may be harmful for these people, and interacts with certain drugs in the same way grapefruit does. However, it is a good source of vitamin C and fiber, and a refreshing treat for a hot summer day. 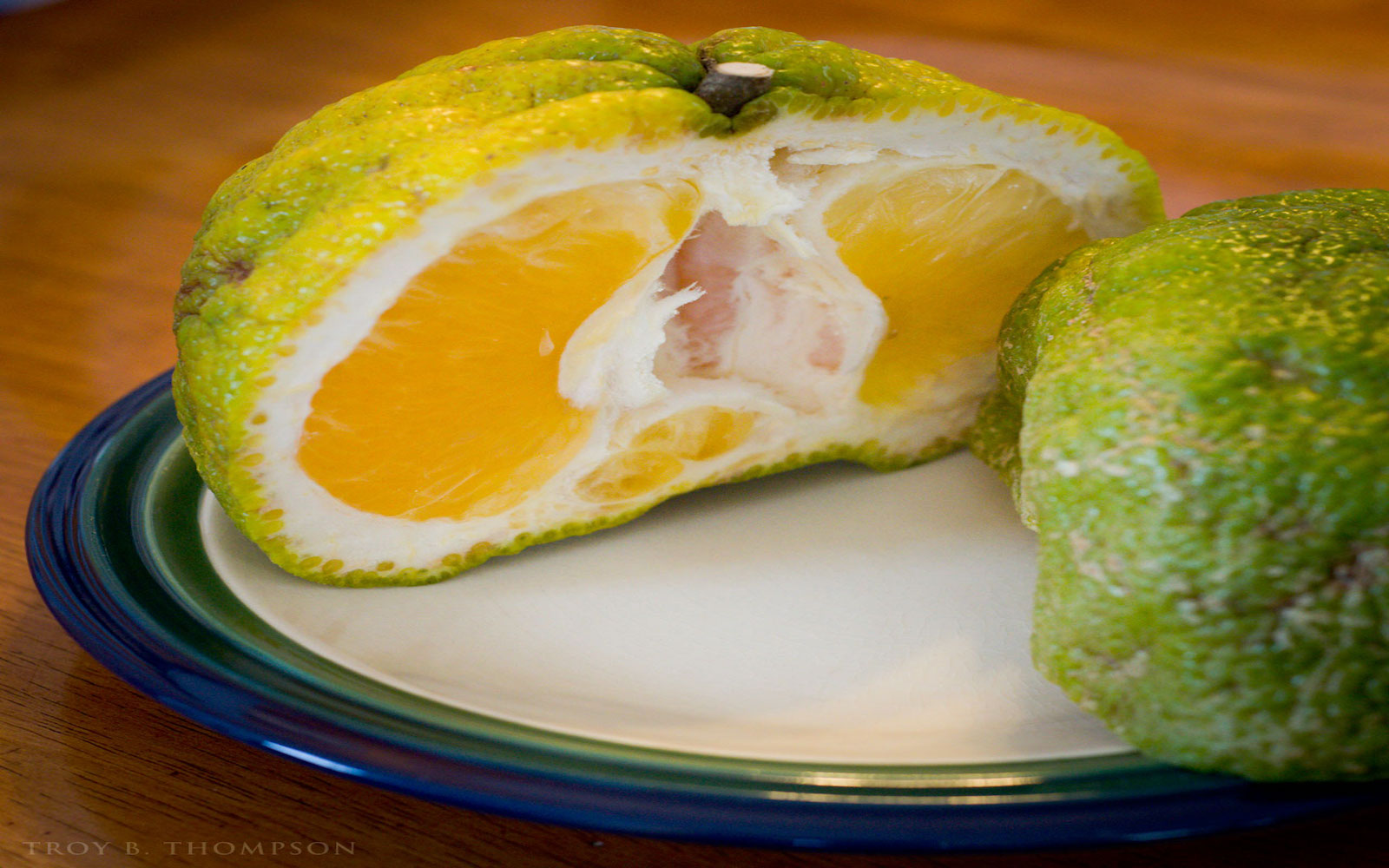 The phrase “don’t judge a book by its cover” is highly appropriate for this humble — and some may even say ugly — looking fruit. It was discovered growing wild in Jamaica in the early 20th century (though was likely consumed centuries before then) and is thought to be a hybrid of a tangerine, an orange, and a grapefruit (AKA a pomelo). It has a thick, bumpy, blotchy, yellow-green rind, hence the “ugliness. The flesh tastes similar to an orange, though slightly sourer. Ugli fruit is an excellent source of vitamins A and C and is also packed with antioxidants.

It could be used in place of grapefruit to make this Grapefruit Peach Sangria or swapped for the tangerines to create these creamy and cool Tangerine Grape Popsicles. 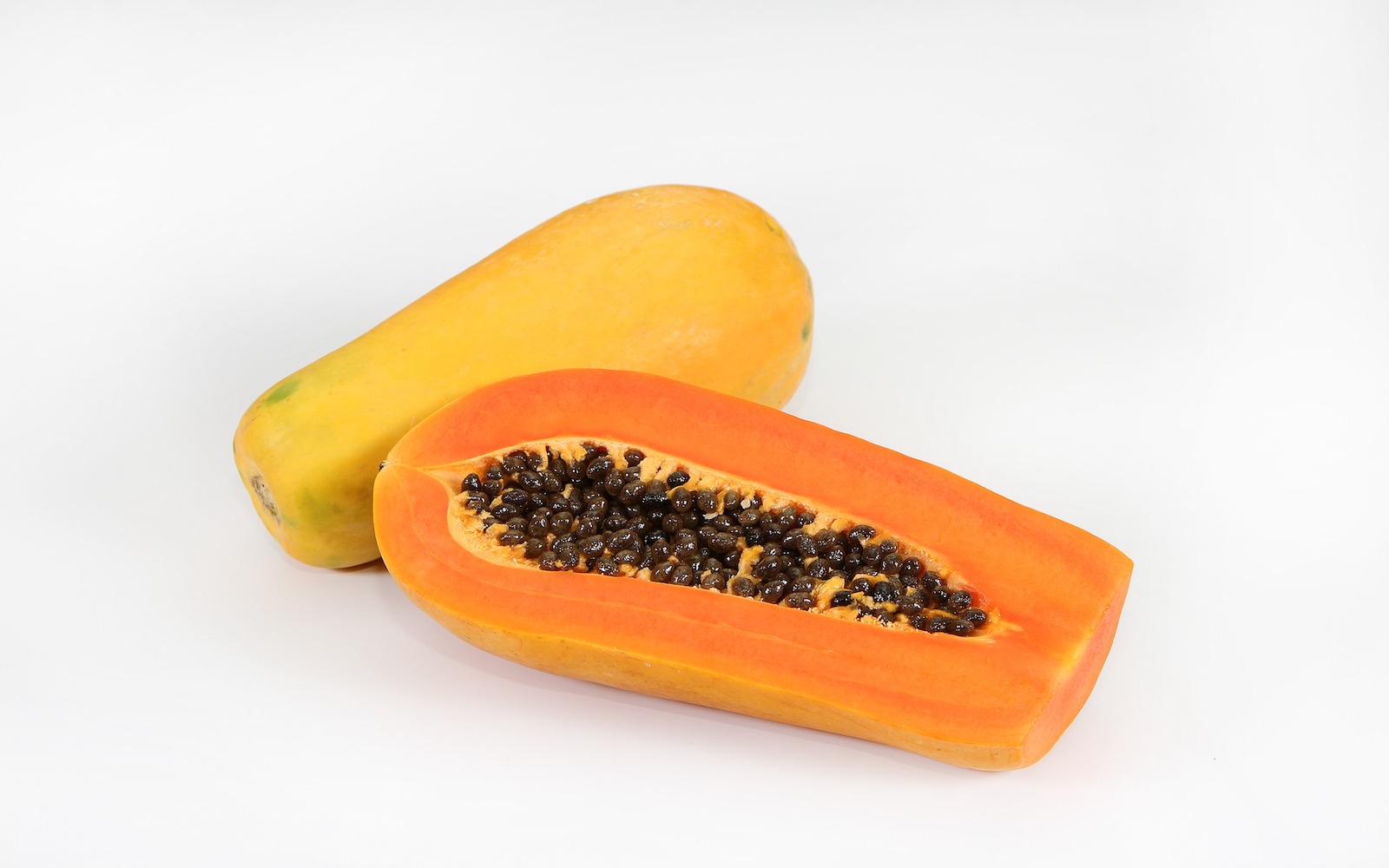 This fruit, also called a pawpaw in some parts of the world, is thought to be native to the tropics of America, from southern Mexico to Central America. The orange-colored flesh is juicy, buttery, and sweet, somewhat resembling a honeydew or cantaloupe in texture. The center is filled with black seeds, surrounded by a gelatinous exterior. The seeds are edible and contain a beneficial digestive enzyme called papain, though they have a strong peppery flavor that is unlike the flesh of the fruit itself (which also contains papain). Papayas are an excellent source of vitamins A and C and may help reduce the risk of prostate cancer in men.

For a sweet-and-salty recipe incorporating this fruit, try out this Spicy Papaya Salad with Smoky Roasted Peanuts. Or, for a sweet and nutritious mid-day snack, whip up a Raw Papaya Apple Smoothie, loaded with fiber and vitamins. 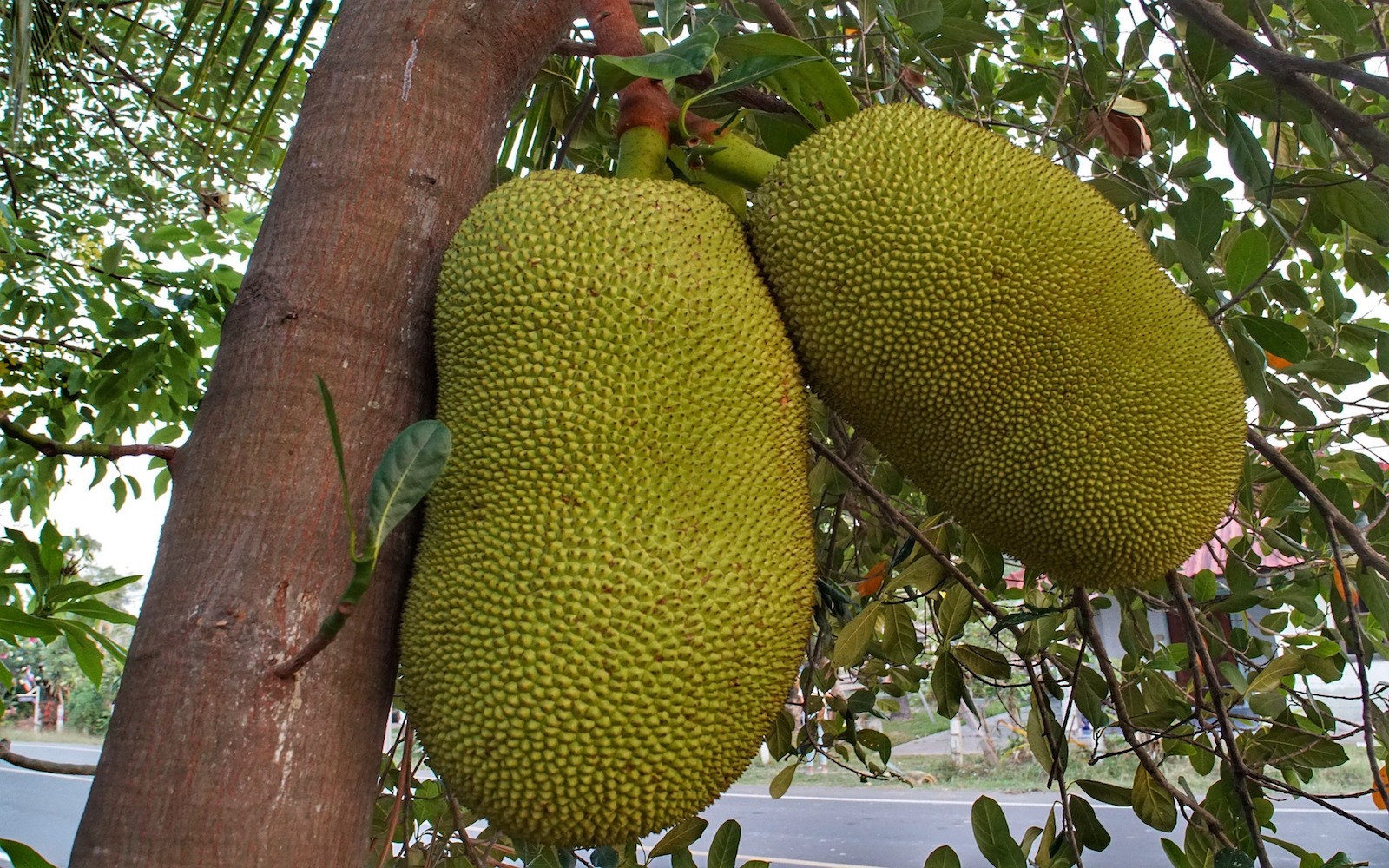 This strange-looking fruit (also called nangka in Indonesia and langka in the Philippines), which grows on a tree and can weigh up to 80 pounds, originated in the rainforests of the Western Ghats of India and has spread to other parts of South and Southeast Asia. It is part of the culinary traditions of countries such as Sri Lanka, Cambodia, and Thailand, and was eventually introduced to Brazil as well. Jackfruit can be consumed both unripe and ripe–when unripe, it has a potato-like texture and is sometimes used as a meat substitute, as it develops a chewier, pulled-pork-like texture after an hour or so of cooking (its nickname, gacch-patha, means “tree-mutton”). When ripe, it has a relatively mild flavor that is reminiscent of a mix of pineapple and mango. Jackfruit is a good source of fiber and vitamin C, and also contains many beneficial antioxidants.

For a tasty mock-meat comfort food recipe, try this Jackfruit Fried Chicken, or make some Pulled Jackfruit With a Quick BBQ Sauce. 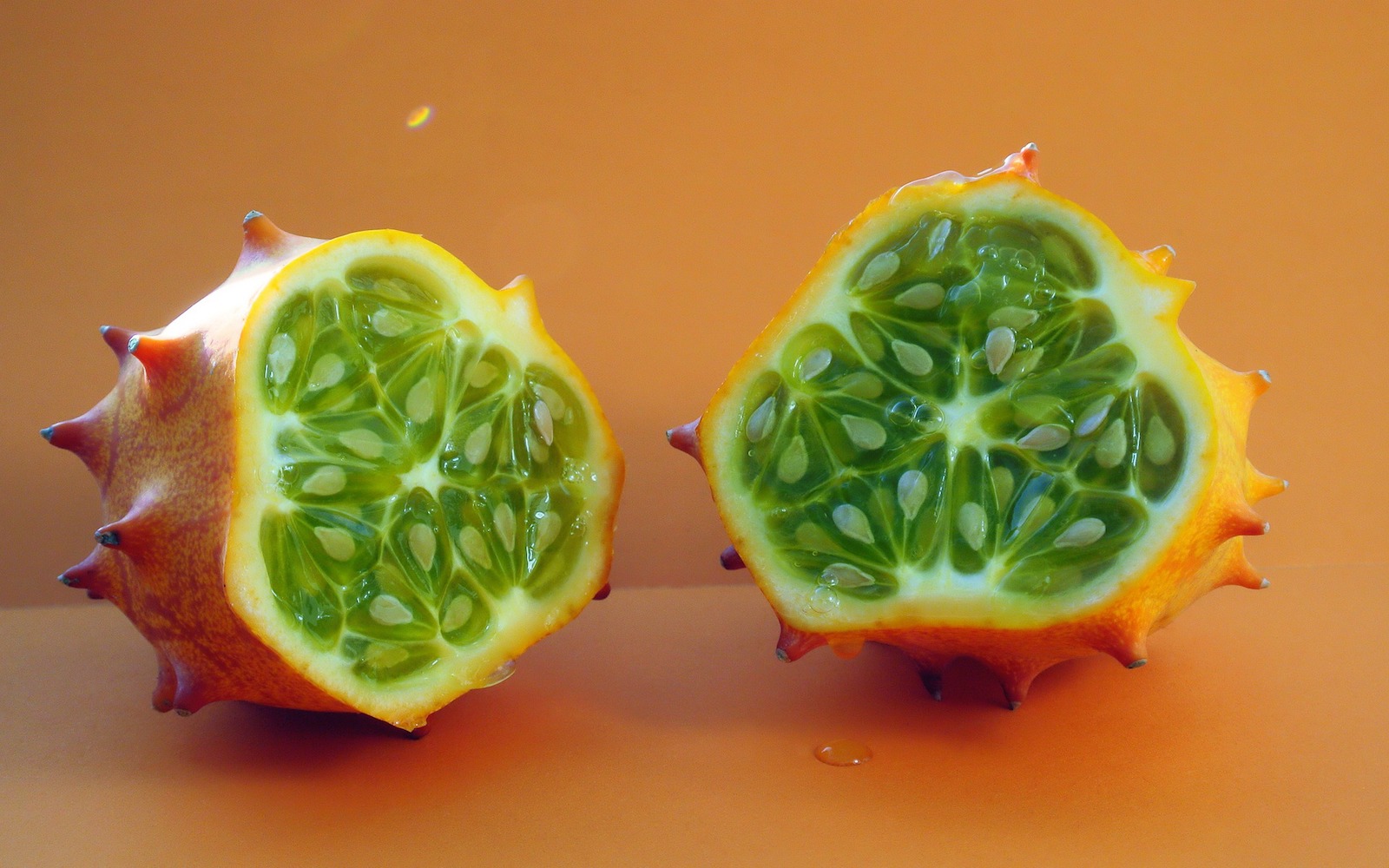 This spiky, cucumber-like melon, part of the Cucurbitaceae family to which most melons belong, originated in Kalahari, Africa, and was introduced to New Zealand in the 1930s. The exterior is firm, while the interior has a jelly-like texture that is studded with small seeds. It has a slightly tangy and citrusy flavor. It also has hints of many other common fruits like banana, kiwi, and limes! Kiwano melon is an excellent source of vitamin A, which improves eye and skin health, and it is also rich in antioxidants and vitamin C. Either the flesh or juice of the Kiwano could be added to sorbet for a refreshing summer treat, such as this Mango Sorbet with Banana and Pineapple. 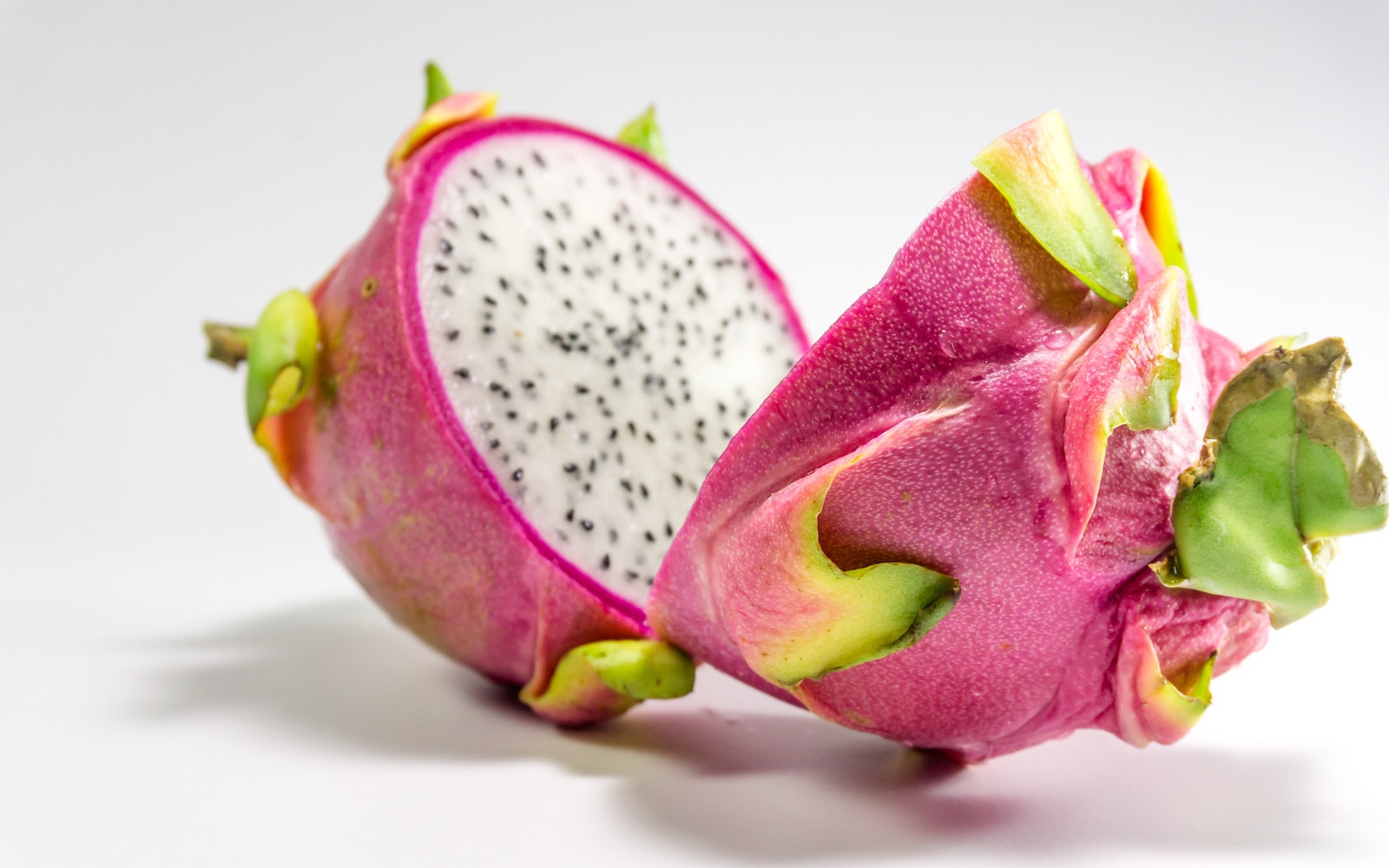 This multi-colored fruit, which comes from a cactus and is covered in “scales” resembling those of the famous fire-breathing mythical creature, is believed to be native to Central America, and is called “pitahaya” in Mexico, and “pitaya roja” in Central and South America. It is thought to have been brought to Vietnam by the French during their brutal and bloody invasion during the 1800s and now is widely cultivated there. According to Aztec literature, pitahaya dates back to the 13th century, proving just how long it has been consumed before Europeans were even aware of its existence. The flesh is mildly sweet and crunchy, with a flavor similar to that of kiwi. This fruit is high in fiber, making it good for digestion, and is also rich in iron, which aids in proper oxygen transportation throughout the blood.

For a tasty summery dessert, try making these delectable Raw Dragon Fruit Cheesecake Bars, or opt for a light meal with these Dragon Fruit Rainbow Rolls. 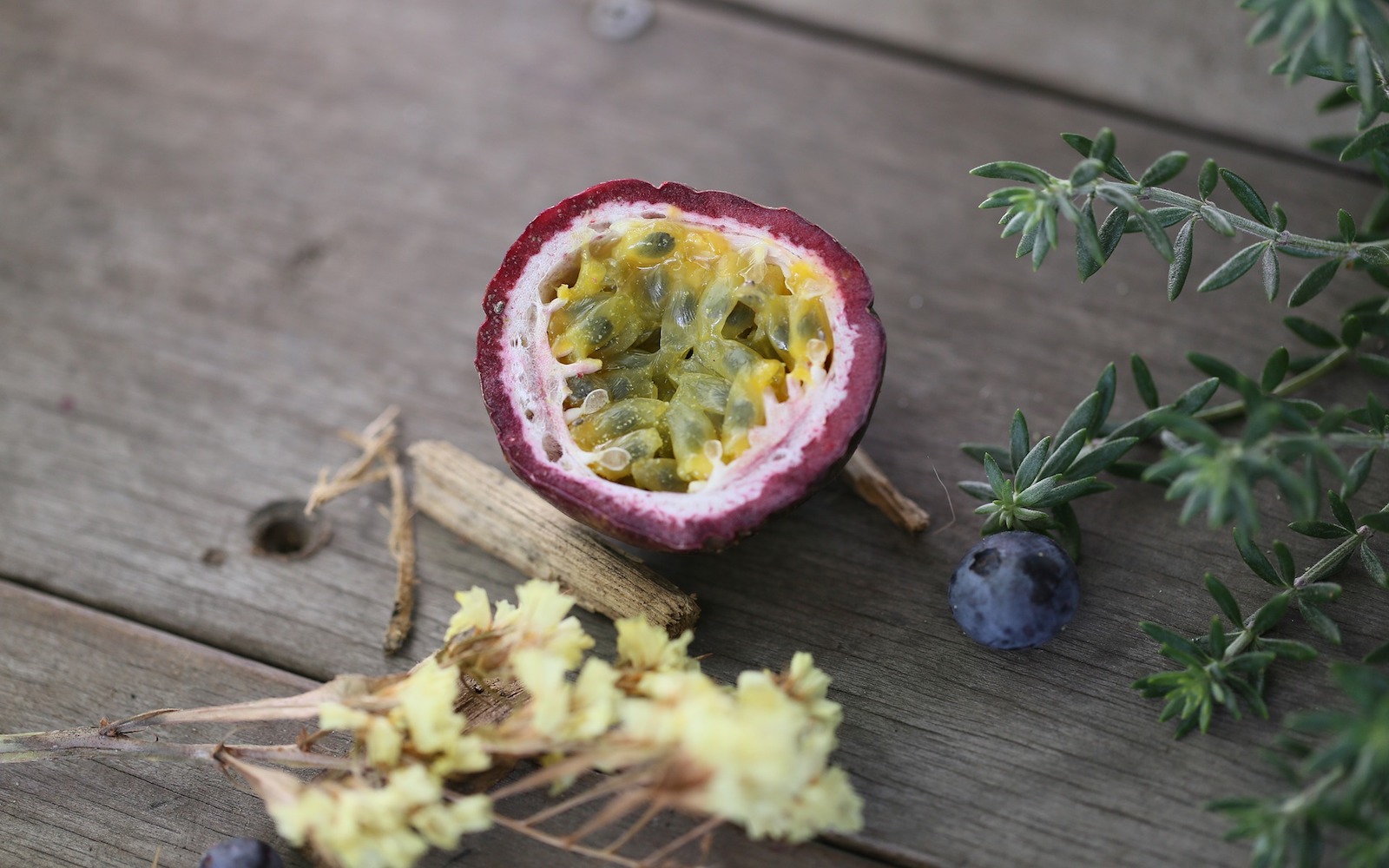 This pulpy fruit comes in two varieties, one purple which is more common and widespread. One yellow, larger and less sweet, and grows on a vine. The purple passion fruit (Passiflora edulis) is native from southern Brazil all the way up to Argentina, while the yellow variety is of an unknown origin, though some theorize it may be a hybrid fruit. The name “passion fruit” comes from the fact that Christian missionaries who went to South America in the 16th century believed that the plant’s flower represented the death of Christ, while its five petals symbolized his disciples (except for Peter and Judas). However, the fruit has many other names depending on the country in which it grows. For example, the Spanish word is maracuyá or parcha. The Portuguese call it maracujá, in Hawaii it’s known as lilikoʻi. The pulpy, seedy flesh is tart and somewhat similar to guava, and also has a very strong aroma. Passion fruit is rich in fiber and vitamin C and is also a good source of multiple antioxidants.

To start using this unique fruit in your daily cooking, try making a Passionfruit, Mango, and Lime Layered Cream Cake, or whip up a quick 5-ingredient Passionfruit Sorbet.

For more recipe ideas using summer fruits, check out 15 Fresh Salad Ideas Using Summer Fruits! And for a little more info on one of the fruits in this article, take a look at Use Jackfruit as a Shredded Meat Substitute; Our Bloggers Show You How!

To discover even more tasty recipes, don’t forget to check out the Food Monster App, which is available for both Android and iPhone, and can be found on Instagram and Facebook. This app contains thousands of delicious vegan recipes, and subscribing gives you access to new ones each day!