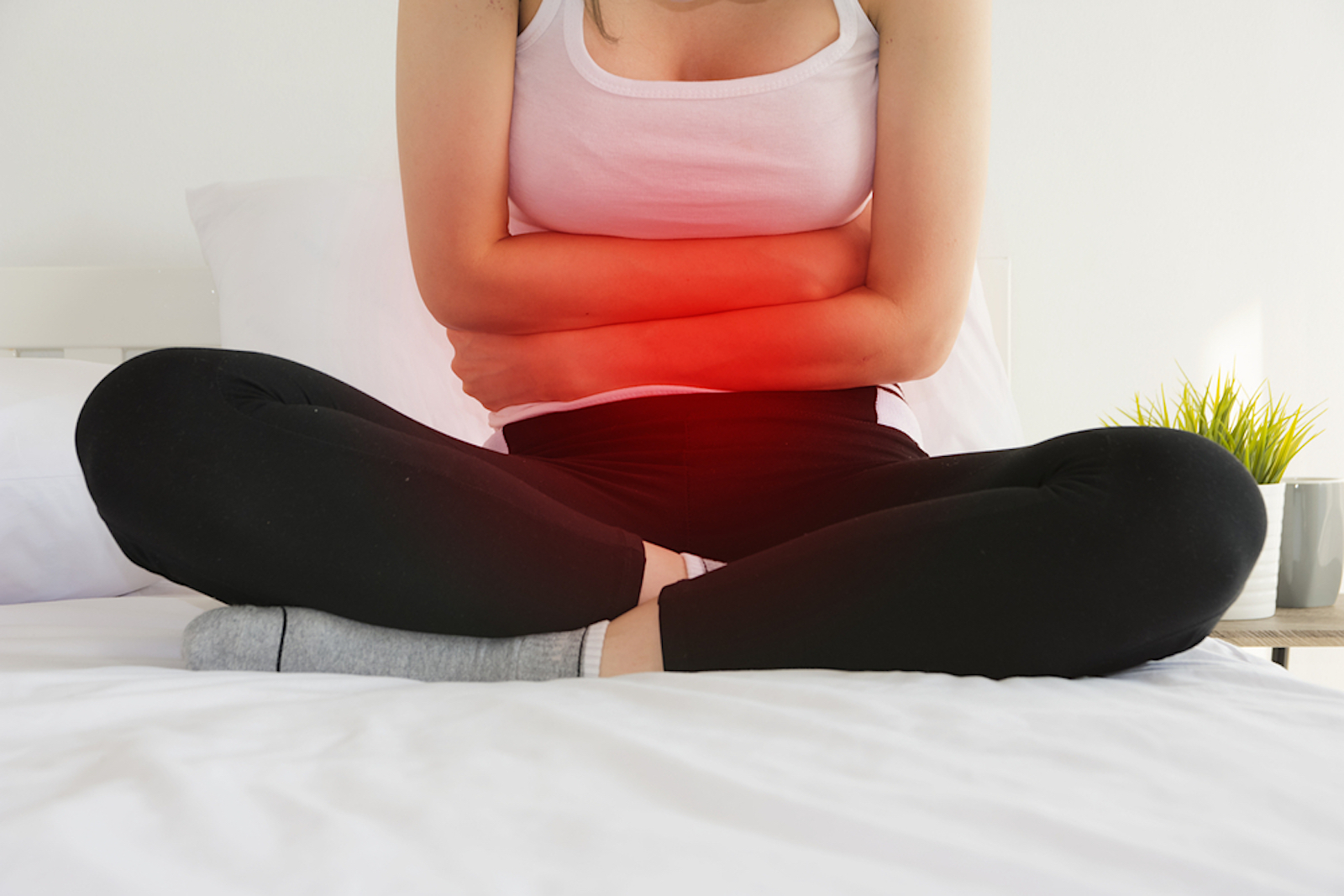 What are acid reflux and GERD? Why does it happen? How can you reduce the symptoms in a natural way?

What is acid reflux?

Acid reflux occurs when stomach acid escapes through a small sphincter of muscle called the Lower Esophageal Sphincter (LES), which is located at the top of the stomach. When working appropriately, the Lower Esophageal Sphincter opens and closes for food passage and to protect the esophagus — the tube connecting your mouth and stomach — from stomach acid.

For those suffering from acid reflux, the LES muscle doesn’t work properly and won’t close all the way, opens too often, or a mixture of both. This acid travels up your esophagus irritates the esophagus lining and causes discomfort including mild to severe heartburn, stomach ache, nausea, and, in severe cases, vomiting.

What’s the difference between acid reflux and GERD?

Unfortunately, while many Americans suffer from manageable acid reflux, 20 percent of Americans will eventually develop Gastro-Esophageal Reflux Disease or GERD.

While GERD may simply be an annoyance, if left untreated, it can present in worsening or severe symptoms in which case seeking professional medical care is a must!

What causes acid reflux or GERD?

Acid reflux, which may lead to GERD, stems from a broad range of symptoms that are based on the individual person’s body makeup and lifestyle.

There are many factors that can play a large role in developing acid reflux including smoking, pregnancy, stress, weight, taking certain medications, a weakened Lower Esophageal Sphincter (LES), and connective tissue disorders. With that said, oftentimes personal lifestyle and habits are the culprit for a worsening or bettering of acid reflux symptoms. Generally, lifestyle-based aggravators center around eating habits that can spur acid reflux symptoms such as eating right before bed, overeating, and ingesting certain foods and beverages.

After consulting a medical professional regarding your acid reflux symptoms, it’s helpful to take a look at your diet. There are a host of everyday foods and drinks that can aggravate symptoms. By decreasing the amount of these foods and beverages in your diet, you can lessen the severity of your acid reflux. Below are a few common aggravators to steer clear of!

While one too many drinks may cause a nasty headache for some, others can have a pretty bad case of heartburn. This is due to the much-loved relaxing side-effects of alcoholic beverages. Alcohol relaxes muscles including your lower esophageal sphincter, the small muscle that controls the top opening of the stomach. This relaxing of the LES allows gastric acid into the esophagus causing acid reflux and its unpleasant symptoms.

Tomatoes and citrus fruits — such as grapefruits, oranges, and lemons — already have a large amount of acid. If your esophagus is already damaged from repetitive acid reflux or GERD, then simply ingesting these acidic foods can cause symptoms while also aggravating acid reflux.

While researchers aren’t sure why too much coffee seems to aggravate acid reflux symptoms. It’s recommended to switch to a less acidic caffeinated tea, such as green tea or black tea, or simply limit your coffee intake to a less acid roast, such as a dark roast, and one cup a day.

While splurging on a burger and fries for dinner is a favorite indulgence from time to time, those suffering from acid reflux may want to think twice. Fatty foods aggravate acid reflux symptoms due to the fact that they take longer to digest. The longer they churn in the stomach, the more opportunity gastric acid has to slip through the LES and into the esophagus.

The effects of spicy foods on acid reflux symptoms rely directly on the condition of your esophagus. Research has discovered that spicy foods have no effect on the lower esophageal sphincter, but instead may simply irritate the already damaged or tender esophagus lining. On top of that, if the spicy food dish includes other aggravating foods — such as onions, garlic, mint, tomato, or citrus fruits — acid reflux symptoms may be amplified.

Certain foods may cause a flare-up of acid reflux or aggravate an irritated esophagus. Yet, other foods help to alleviate pain, protect damaged tissue, and help reduce the amount of gastric acid. By avoiding the above aggravators and integrating the below acid-fighting foods, you can work towards reducing your acid reflux symptoms! 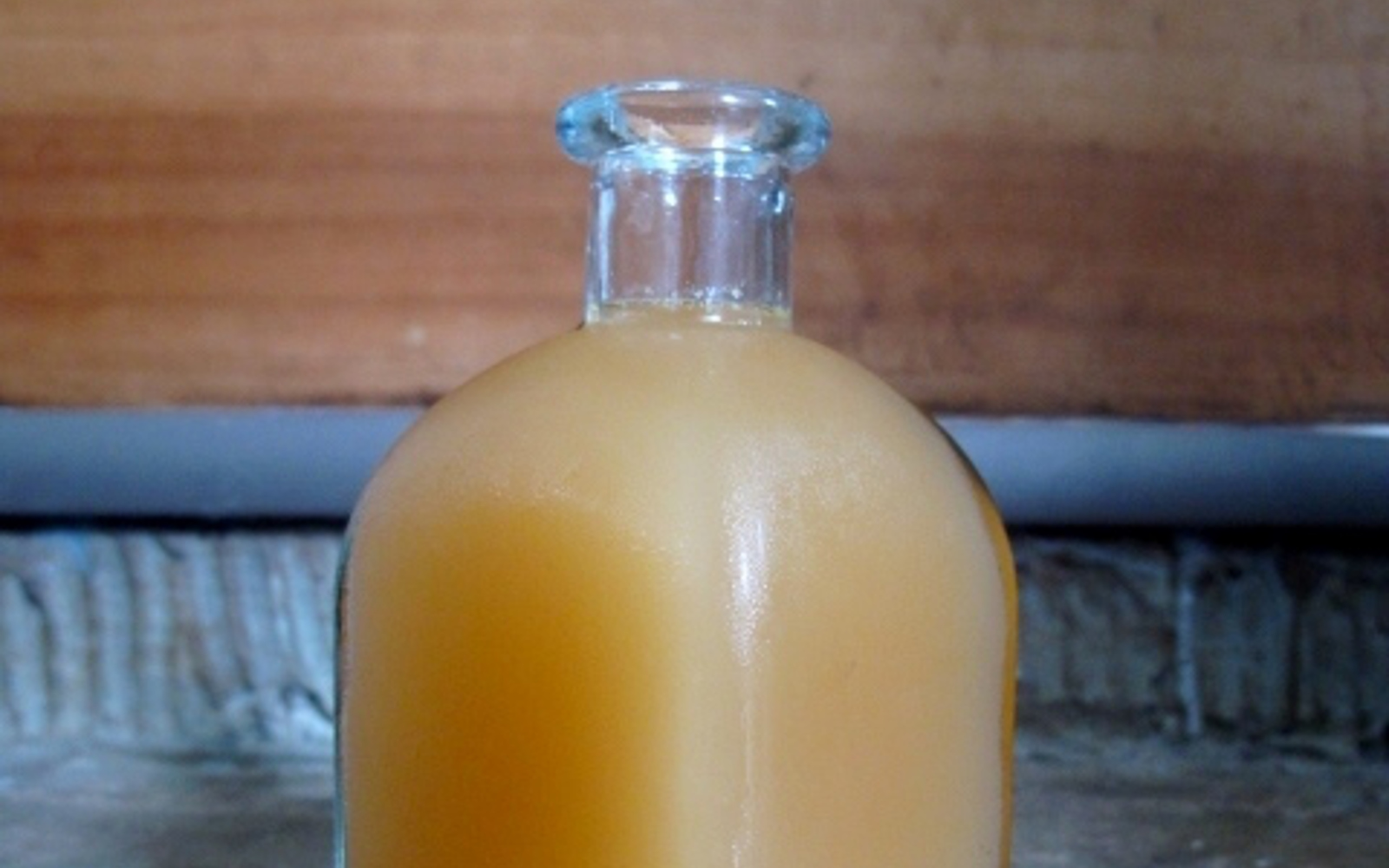 While ingesting vinegar may seem counterintuitive, apple cider vinegar actually helps to balance stomach acid. By lessening the ferocity of your gastric acid, a smaller amount will reach your esophagus. Therefore, your symptoms will decrease. You can either use apple cider regularly in cooking or to prevent acid reflux simply mix one tablespoon with one cup of water and drink at least five minutes before eating. 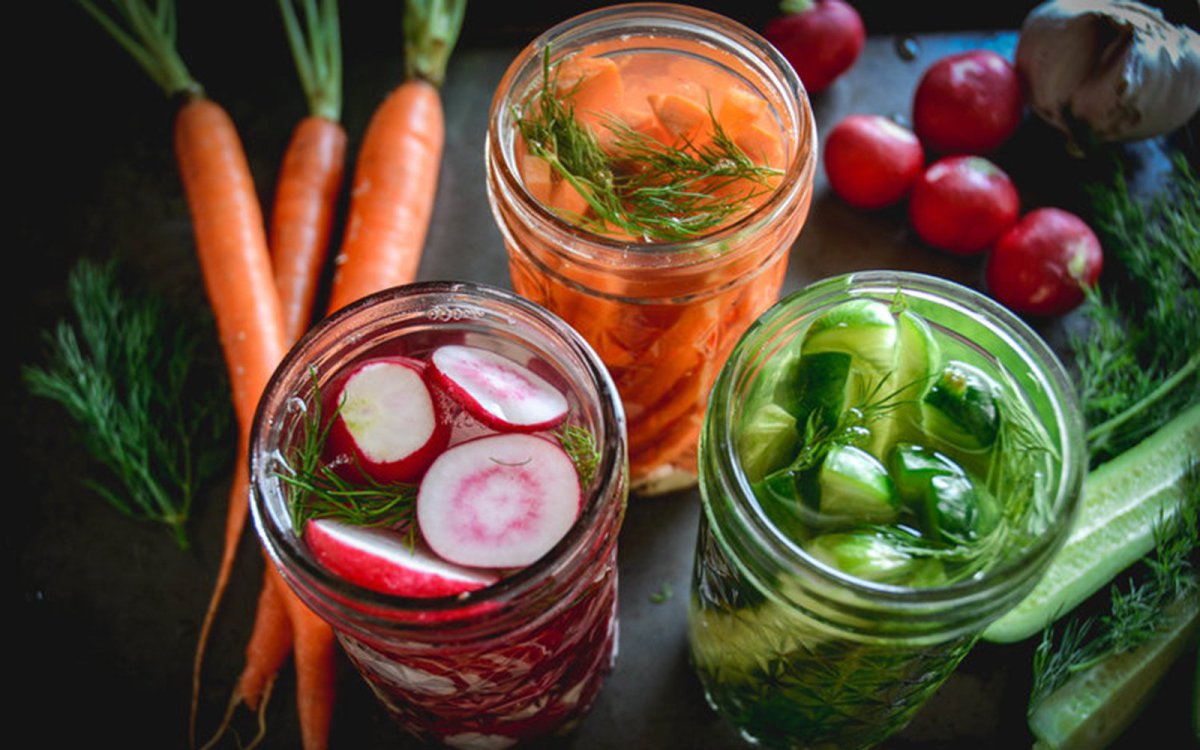 Lactobacillus, a naturally occurring bacteria that can also be ingested through fermented veggies, is the magic ingredient that helps reduce acid reflux symptoms. Microbes within lactobacillus have been shown to “relive inflammation in the stomach, healing the lining of the stomach and effectively alleviating heartburn.” Great sources include kimchi and sauerkraut.

Make your own fermented vegetables with these simple recipes: Homemade Raw Sauerkraut, Simple Fermented Vegetables, or this Fermented Fire Cider. 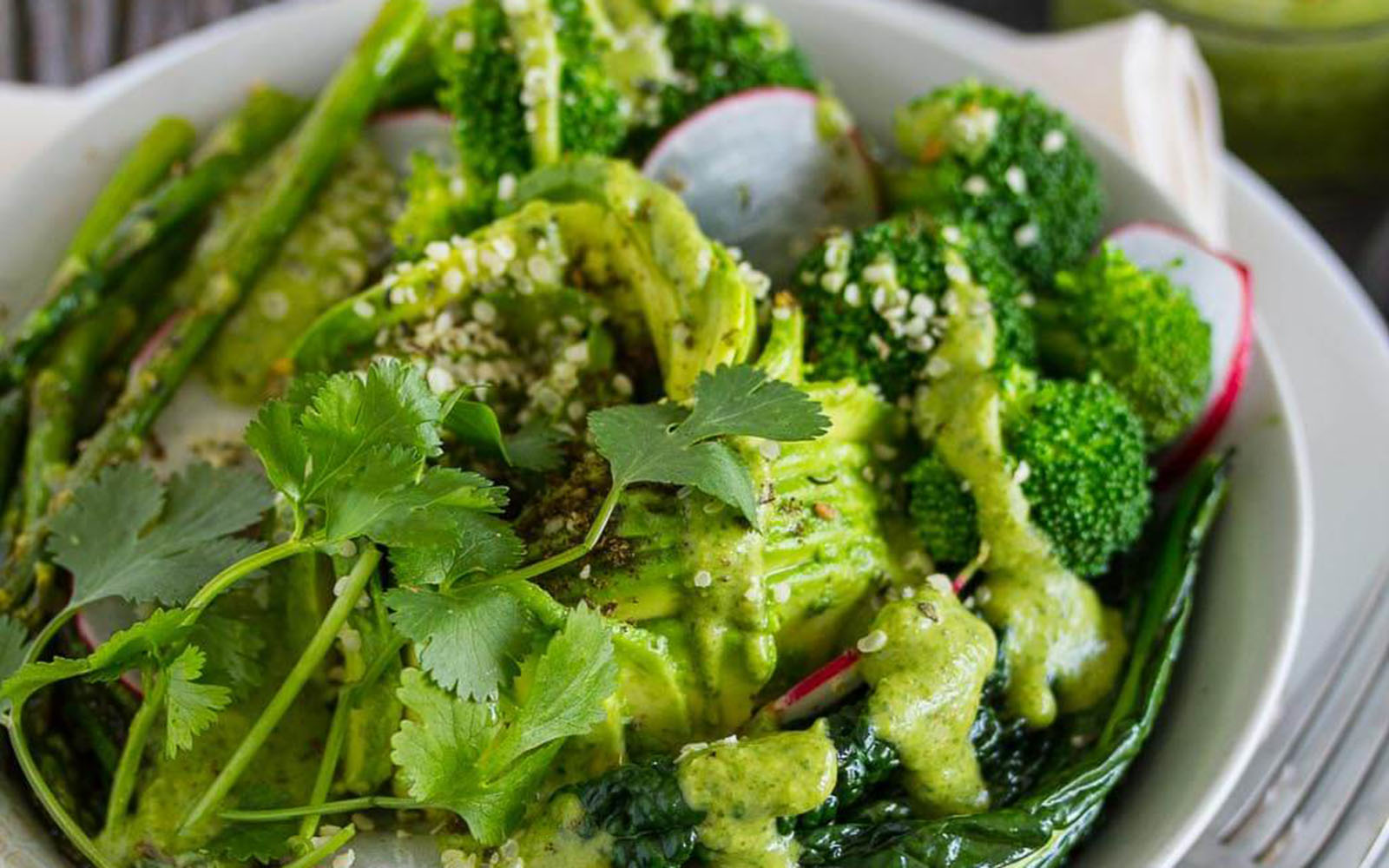 Green leafy vegetables, such as spinach and romaine, are mild, filling, and healthy foods that are great for reducing acid reflux symptoms. For those that suffer from GERD, try prepping a salad at least once a day. Make sure to avoid acidic-based salad dressings and ingredients! 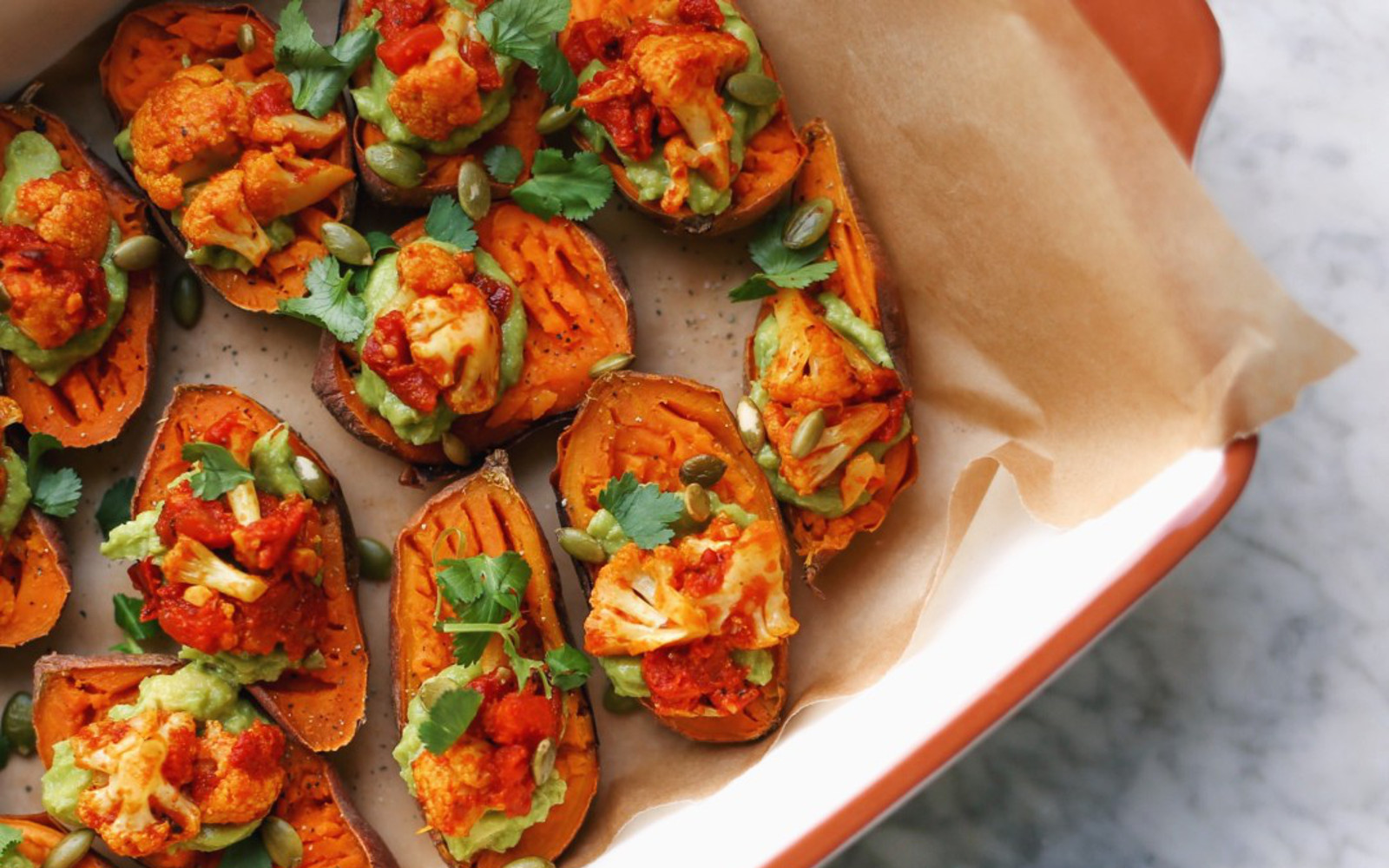 Healthy fats fight acid reflux through three main avenues. First, they have anti-inflammatory properties that aid in the healing process of the esophagus. Secondly, they are digested at a much slower rate keeping your stomach fuller longer, which avoids over-eating. Lastly, along with the same lines, a fuller stomach will avoid aggravators such as sugars and refined grains. Healthy fats are found in avocados, coconut oil, extra virgin olive oil, and nuts and seeds.

In order to rebuild your diet to include acid reflux fighting plant-based foods, we highly recommend downloading our Food Monster App, which is available for both Android and iPhone, and can also be found on Instagram and Facebook. The app has more than 10,000 plant-based, allergy-friendly recipes, and subscribers gain access to new recipes every day. Check it out!