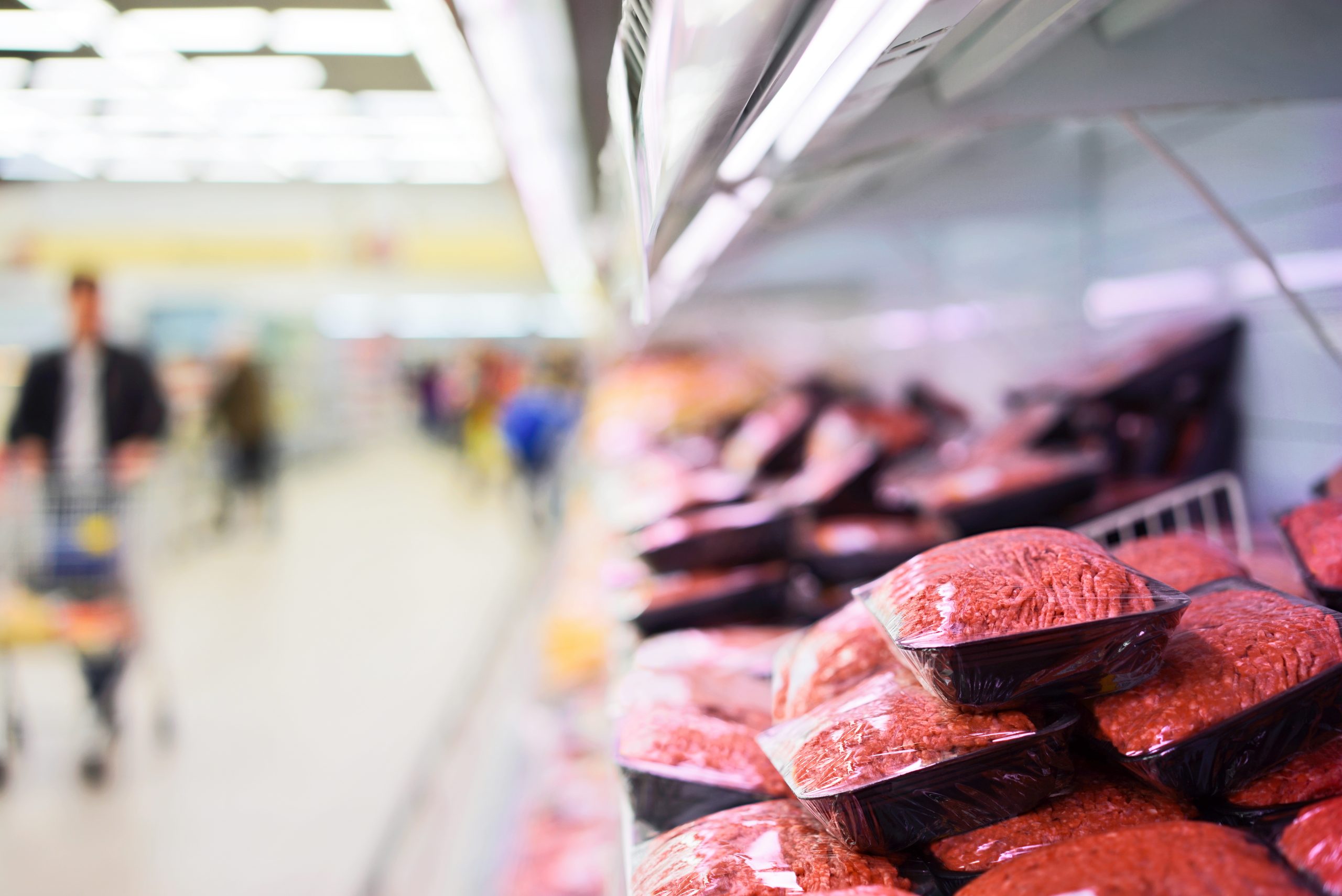 Although eating is a fundamental aspect of life, dietary preferences are often complicated and polarizing. From plant-based to paleo to keto, the optimal human diet has been a long-contested topic. In the past few years, the carnivore diet has garnered mainstream attention and despite rigorous scientific studies showing the negative effects of this diet, anecdotal claims have inspired more people to try out carnivorism.

Proponents of the carnivore diet claim that this lifestyle is revolutionary and contradicts conventional conceptions of nutrition science. Many advocates of carnivorism claim that this diet has drastically changed their lives – the reported benefits range from stabilizing energy levels to curing autoimmune diseases. But how do these claims measure up to scientific scrutiny? Read on to learn about five celebrities who tried the carnivore diet and the impact that eating so much meat had on their health.

James Blunt was recently in the news for developing scurvy after two months on an all-meat diet. This ailment was the result of a petty vow to spite his vegan and vegetarian friends. His decision to eat only chicken and mince backfired as Blunt admitted he quickly became very unhealthy and was diagnosed with scurvy. As Azmina Govindji, the spokesperson for the British Dietetic Association pointed out, eliminating plant-based foods such as fruits, vegetables, and legumes can result in low levels of vitamin C, fiber, and potassium. Govindji explained how crucial these nutrients are stating, “not having enough vitamin C can leave you feeling tired and lethargic,” while fiber from “oats and barley can reduce your blood cholesterol levels; and potassium helps your heart muscle to work properly.”

It’s safe to say that if a particular diet results in a disease historically associated with malnourished sailors…you should probably try other options.

Mikhaila Peterson, the daughter of the controversial psychologist and professor Jordan Peterson, has been advocating her self-titled “Lion Diet” since claiming that exclusively eating ruminant meat (cows and lambs) has cured her physical and mental illnesses. A couple of years ago she garnered mainstream attention when, despite having no educational background or training in nutrition, dietetics, or biology, she began to sell her “expertise” for $599 per year. Aside from her lack of formal education, Peterson’s branding for her “Lion Diet” has a few red flags alerting to the pseudoscientific nature of her claims. For example, all of her “evidence” for the success of this diet is based on anecdotal claims (most of which are personal) rather than scientific evidence. Similarly, she claims that this simple diet is a cure-all for ailments ranging from auto-immune diseases to mental illness. Many fad diets, such as Peterson’s, rely on pseudoscience rather than rigorous scientific research, so familiarizing yourself with the telltale signs of pseudoscience is essential.

When Mikhaila Peterson began her Lion Diet, her father Jordan and mother Tammy joined her. While Mikhaila made lofty claims that this new diet cured her and her parents’ illnesses, news stories of her family’s health undermined these claims. In 2019, her mother was diagnosed with kidney cancer and her father attended rehab for antidepressants. So while Mikhaila kept claiming on social media that her Lion Diet cured her and her father’s health, she willfully omitted her mother’s severe health struggles. Furthermore, kidney cancer specifically is linked to meat consumption, so omitting her mother’s health is not only dishonest but also potentially dangerous to the people who are following her carnivorous lifestyle. Secondly, in a now deleted video, she made claims on her youtube channel that she had completely turned her father’s health around and “gotten rid of his mood disorder” (video can be found here at 3:44) However in February of 2020, she contradicted these claims by revealing that her father had been constantly taking medication and was now in rehab dealing with addiction to that medication. While Mikhaila might claim her Lion Diet has cured all of her health problems, the health of her parents demonstrates how misinformed she really is. In an interview with The Atlantic, Jack Gilbert, the faculty director at the University of Chicago’s Microbiome Center, claimed the Lion Diet is “a terribly, terribly bad idea,” adding, “if [Mikhaila] does not die of colon cancer or some other severe cardiometabolic disease, the life – I can’t imagine.”

Joe Rogan is a popular podcast host who has routinely commented on veganism and in 2019, he even admitted that the lifestyle is perfectly healthy. His favorable comments came after hosting a debate between James Wilks, the producer of The Game Changers, and Chris Kresser, an advocate of the paleo diet. Despite claiming on Instagram that Wilks “knocked it out of the park” in defending veganism and his film, Rogan began a carnivore diet in January of 2020. While he claims that this month-long experiment caused rapid weight loss, he also vividly details his issues with diarrhea caused by this diet (he compares it to a rainforest mudslide…yeah). Rogan fails to consider that his weight loss might not be caused directly by his diet, but rather indirectly through his excessive diarrhea. This problem could be caused by a number of things. For one, meat is known to cause a host of ailments sometimes resulting from salmonella or E. coli contamination. Furthermore, the lack of fiber in the carnivore diet could result in malnourished “good” gut bacteria which could lead to issues like diarrhea. Aside from these gastrointestinal issues, eating two servings of red or processed meat a week is linked to an increased risk of cardiovascular disease and death. While Rogan only stuck to this diet for a month, the health problems could be long-lasting.

Shawn Baker is a prominent advocate of the carnivore diet and former M.D. who had his medical license revoked in 2017 due to “incompetence.” Despite his lack of qualifications, Baker continues to push his beliefs about the carnivore diet and, much like Mikhaila Peterson, claims that this diet is a cure-all. However, his health has been called into question several times, specifically regarding his cholesterol levels. In 2018, after 15 months on a carnivore diet, he discussed his bloodwork on Robb Wolf’s podcast. Youtuber Mic the Vegan discussed Baker’s blood test results in his own video. Mic points out that in the podcast Wolf concedes that Baker’s total cholesterol is high (205 mg/dl), however, he conveniently neglects to mention Baker’s LDL or “bad” cholesterol. Using a simple equation, Mic discovered that Baker’s LDL cholesterol was incredibly high (149.2 mg/dl), in fact, his LDL cholesterol was about twice as high as the optimal level. Such high LDL cholesterol puts Baker at extreme risk for atherosclerosis. Not only that, but Mic points out that his blood glucose levels put him in the diabetic range and his testosterone levels were “off the charts low.”

While these individuals maintained an all-meat diet for the health benefits, scientific evidence demonstrates how detrimental the carnivore diet truly is. Dr. Lawrence Cheskin, who dubbed the carnivore diet the “heart attack diet,” has an explanation for the short term health benefits some carnivore dieters experience. In an interview for Inverse, Cheskin explains that sometimes the perceived health benefits are not from the diet itself, but simply the result of losing weight. He goes on to say that sometimes “it looks like having all meat lowered your cholesterol when in fact if you had the same amount of calories but they were all red meat, then you’d be raising your cholesterol.”

Marion Nestle, Ph.D. and professor emeritus of food studies at NYU, believes that these carnivore dieters can think and eat whatever they want and “that’s fine”. She is quoted at the end of the Inverse article matter of factly, saying “Is [this diet] going to be good for them? No. But that’s their choice.” While technically Nestle is right that one’s diet is ultimately their choice, the unsustainable and unethical nature of the carnivore diet extends beyond the individual making the action.

Reducing meat from your diet is not only scientifically demonstrated to be beneficial to your health, but a meat-free diet has the lowest environmental impact. It is one of the best actions you can take as an individual to limit suffering and destruction in this world.

While the carnivore diet is extreme, even less restrictive meat-heavy diets pose a serious threat to one’s health. As mentioned, just two servings of red or processed meat a week is linked to an increased risk of cardiovascular disease and death (for reference, the average American eats five servings of red or processed meats a week). Take the Atkins diet – popular for allegedly helping with weight loss, this diet restricts carbohydrates while increasing the consumption of proteins and fats. Research suggests that consuming large amounts of protein and fat derived from animal sources can increase one’s risk for heart disease and some cancers. Similarly, the Paleo diet typically includes large servings of red meat and has been linked to increased risk of cardiovascular problems, diabetes, and certain cancers.

By contrast, research has shown vegan diets to be protective against ischemic heart disease and cancer. Similarly, individuals following a vegan diet are at the lowest risk for developing type 2 diabetes. Following a plant-based diet not only has a myriad of health benefits, but you can also feel good knowing that your choices are better for the animals and the environment!

Check out these recipes for ideas on how to obtain vital nutrients from a plant-based diet!

Read more about the health benefits of a plant-based diet!