Top News: Why We Should Boycott Zoos, Woman Cruelly Saws Off Dog’s Legs, and An Adorable Shelter Cat Goes Viral 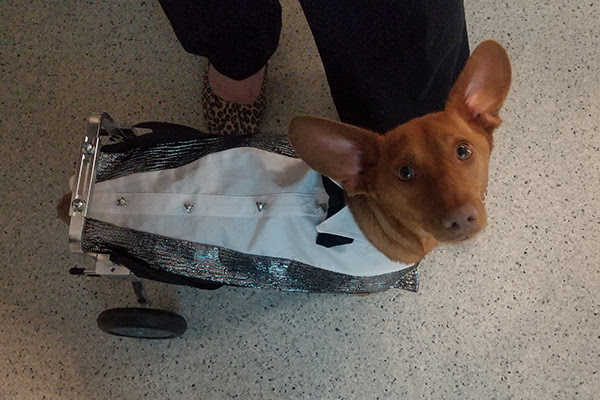 This week’s stories include a prominent UK lawyer killing a fox, rescued animals celebrating Christmas, and petitions that need your help.

1. District Attorney Vows to Fully Prosecute the Women Who Sawed Off a Dog’s Back Legs

In early October an arrest was made in a horrific case of animal cruelty. A woman, her 17-year-old daughter, and the daughter’s friend (of the same age) horribly sawed off their dog’s back legs and abandoned him. Supposedly, according to the woman, Buddy was shot in February of this year but never received medical care. However, a board-certified veterinarian orthopedic surgeon concluded with certainty that Buddy’s wounds were maliciously inflicted and his legs were not removed by a professional or naturally. Read the full story.

2. This Adorable Shelter Cat Went Viral For Constantly Escaping and Letting Out Other Animals

An adorable cat from the Friends For Life Animal Rescue in Houston went viral for his devious yet adorable behavior. The 6-year-old cat named Quilty has been dubbed a “door ninja” by his caretakers. He became infamous at the shelter for his ability to escape his room, open doors, and even liberate his fellow shelter-mates! See the adorable photos!

3. PETA is Calling to End 2020 Python Bowl Where Citizens are Trained to Hunt and Kill Snakes Inhumanely

PETA is calling for the Miami Super Bowl Host Committee to cancel the 2020 Python Bowl, where people have been asked to hunt pythons in Florida’s Everglades area. Pythons are an invasive species in the Florida Everglades. PETA believes the event “glorifies the slaughter of snakes,” and allows snakes to be killed inhumanely. Read the full story.

Damian Aspinall is a millionaire zoo heir who runs Howletts Wild Animal Park which was started by his father. Despite inheriting a business that profits from the captivity of animals, he has been doing conservation work and aims to change his zoo into a rescue center.  Aspinall says that all zoos should be phased out and parents should not be taking their children to zoos! Read the full story.

On what is supposed to be a day of kindness and generosity, prominent lawyer Jolyon Maugham began the day by clubbing a fox to death. Just after 8am on December 26th, Maugham tweeted: “Already this morning I have killed a fox with a baseball bat. How’s your Boxing Day going?” Read the full story.

7. See How These Rescued Bears and Elephants Celebrated Christmas!

Wildlife SOS truly does amazing work. They save animals from all kinds of situations. Some of the animals they saved this year include an endangered baby deer, a leopard from a poaching trap, and more! Well they couldn’t let the holidays go by without the rescued animals having some enjoyment and celebration. Read the full story.

8. One in Three Koalas on Australia’s East Coast Wiped Out Due to Devastating Bushfires

More sad news about koalas. As researchers begin to uncover the devastation from the Australian bushfires, they have found that up to 30% of the koala population may have been lost. Experts have been warning of koala extinction and habitat destruction during the fires. Read the full story.

The exotic pet industry is a cruel one. First and foremost, the animals are wild and exotic, not domesticated. They belong in their wild natural habitat not inside someone’s home. Secondly, the journey the animals are put through to eventually be sold as someone’s pet is terrible. One thing we can do is urge UPS, one of the largest shipping companies in the world to stop shipping live animals! Read the story and sign the petition.