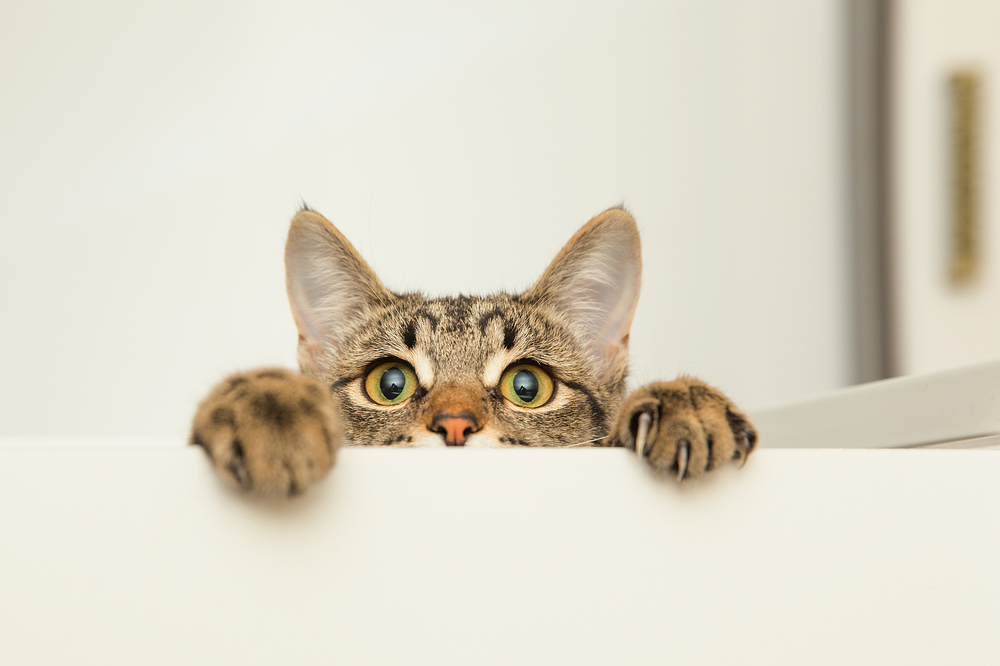 An adorable cat from the Friends For Life Animal Rescue in Houston went viral for his devious yet adorable behavior. The 6-year-old cat named Quilty has been dubbed a “door ninja” by his caretakers. He became infamous at the shelter for his ability to escape his room, open doors, and even liberate his fellow shelter-mates!

“Quilty will not be contained,” they wrote.

That Facebook post catapulted Quilty into fame, being shared over 18,000 times. Quilty now even has his own Instagram account, that now has over 45,000 followers, where he is lovingly described as a “spicy a-hole cat” for his relentlessly cute antics. Quilty even made it on to the Daily Show!

This update from Friends For Life revealed that Quilty may have even found a home thanks to his fame! And judging by this adorable update (shown below) received from his potential new owner, the one-week trial period before official adoption seems to be going extremely well!

NEW QUILTY UPDATE from his sleepover!! 😻 . "Hi there! Just popping in with another Quilty update! He has really taken over the role of King of the house. He loves to be held like a baby and have his tummy rubbed and looks down on his human minions to do his bidding. He has us all wrapped around his paws for sure! Anytime he is ignored, he just starts meow-ing REALLY loudly and then Bam, he is being loved on and spoiled. His smallest human minion loves to feed him cat treatos, so he definitely has us all doing his bidding and goes to whomever he thinks will give him the most pets or treats. He still sleeps under the covers with me though. All is going well, I will update again tomorrow 😁" . . . #freeQuilty #NoMoreDoors #QuiltyNotGuilty

There are many animals like Quilty (perhaps not as devious) that are waiting to be adopted. Check out these These Heartwarming Before and After Pictures of Adopted Rescue Animals, and 7 Reasons to Adopt Your Next Furry Best Friend!