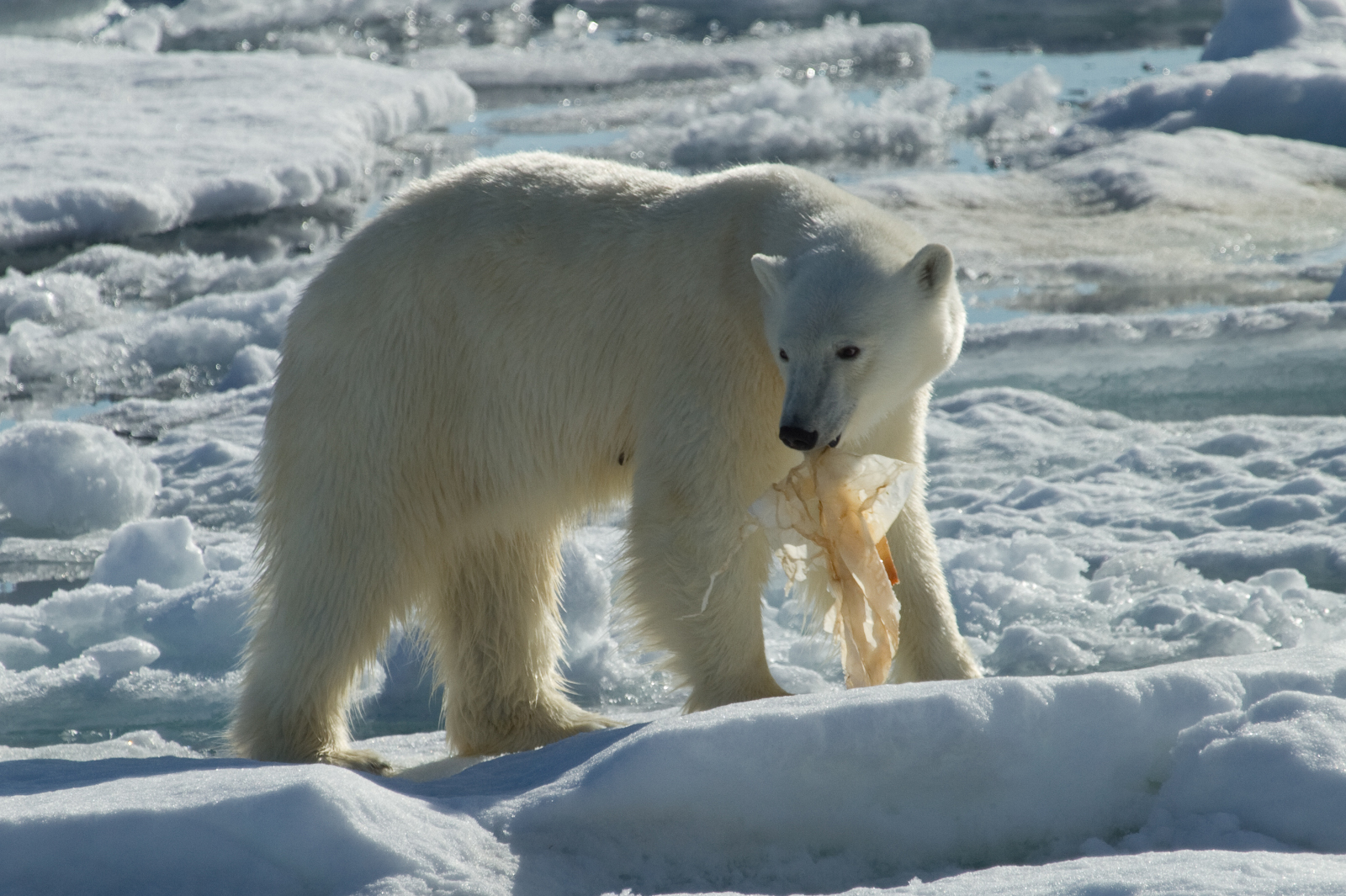 It’s time for us to face up to our problem with plastic, Green Monsters … because the planet and its inhabitants simply can’t take it anymore. Our addiction to quick and convenient single-use items such as plastic bottles, packages, bags, and drinking straws has led to an unbelievable 8.8 million tons of plastic being dumped into the oceans every year. Around 700 marine species are threatened with extinction as a result. A number of conservation experts fear that a combination of overfishing and plastic pollution could render the oceans empty of all life by the year 2048 … and when the oceans die, we die.

A heartbreaking image released by conservation group Plastic Oceans has revealed that whenever we throw out even a single piece of plastic, we really have no idea where it could end up … and who it could end up harming. Polar bears have already had to significantly change their diet and lifestyles thanks to human-created climate change. Some polar bears have been observed eating dolphins for the first time in known history, as they have been forced to move further south and dolphins have had to migrate further north. Other polar bears have, tragically, been witnessed in an emaciated state as a result of their shrinking territory and food availability.

As if that wasn’t enough to contend with, however, it now looks as though the plastic plague has reached them too. 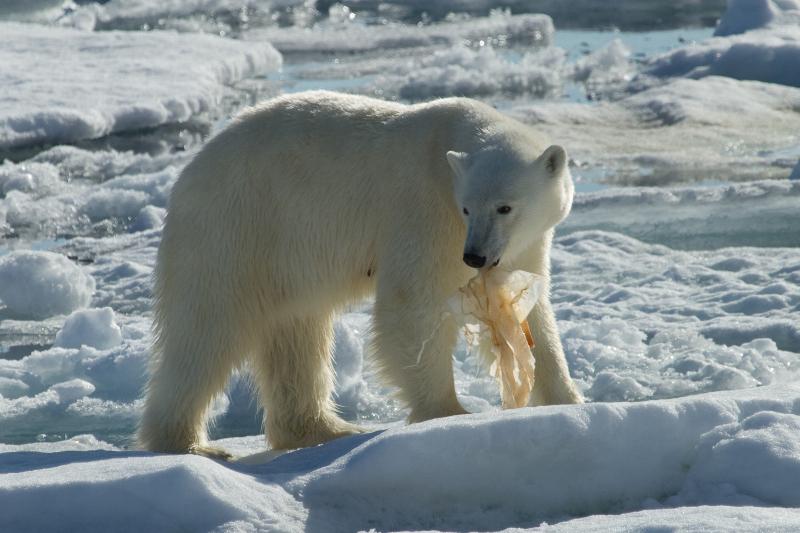 This photograph demonstrates to us that if we are serious about saving the polar bears’ ecosystem, we urgently need to re-examine our attitude toward plastic. In the United States alone, around 10 billion gallons of bottled water are consumed every year … which leads to a WHOLE lot of waste finding its way into the seas. It can take thousands of years for each individual piece of plastic waste to break down, and even then, it never truly “vanishes,” but simply pulls part into millions of minuscule fragments.

The world’s plastic pollution problem has grown so severe that a number of “trash islands” have formed in certain areas of the ocean, the most well-known of which is the Great Pacific Garbage Patch. A number of passionate individuals and organizations, such as Boyan Slat of The Ocean Cleanup Campaign, are now making an enormous effort to solve the problem. An inspiring new start-up company called Seabin recently invented “floating trash cans” that aim to vacuum plastic waste away from places like harbours, marinas and yacht clubs, where plastic tends to accumulate before being swept out into the open ocean. However, it is more important than ever that we, as individual human beings, make an effort to reduce our own personal plastic footprint. For tips on how to go about doing this, look no further than some of the articles below.