Where Plastic Really Goes When You Throw It Out: From Harming Marine Life, Back to People

Plastic is a waste material that negatively impacts everything it touches. And as scientists become more aware of what’s going on in our oceans in regards to pollution, we’re finding the impact of plastic is especially concerning. It is hurting wildlife from the tiniest microorganisms, all the way up to the largest whales.

Not to be forgotten, humans are also one of the species impacted by plastic pollution in the oceans. While man is obviously the source of all plastics that are clogging our waterways, he is also very much one of the victims of this sad story. The quest to obtain a source of convenience through the use of plastics is, ironically, creating a massive inconvenience for humans. From health problems to threats to food security to impacts on the economy, allowing plastic waste to enter our oceans is also allowing it to enter our bodies and infiltrate our lives.

How and Why Are There Plastics in Our Oceans?

Scientists have found the current rate of disposal of plastics into our world’s oceans is roughly eight million tons a year. And while we would like there to be a few easy sources to target when it comes to the producers of all this plastic waste, the reality is that countries all over the world are to blame. China is the leading producer of plastic waste while the United States ranks twentieth in the world in regards to its contribution to the plastic mess. 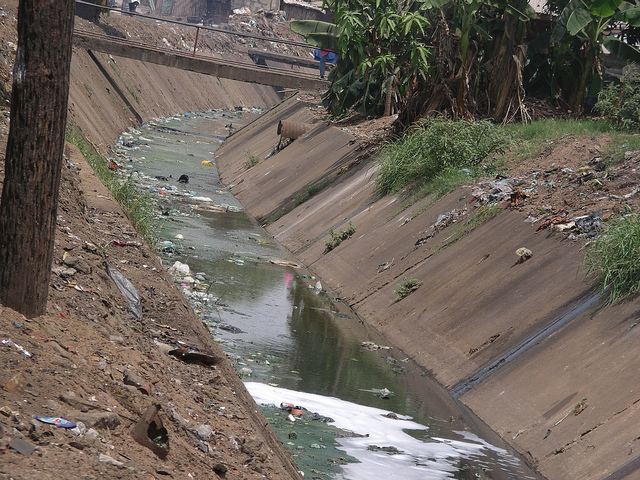 The reason behind plastics ending up in the ocean is complex and can differ from one region to the next. Some countries, like several of those in Asia, may lack proper waste disposal programs that will reliably keep plastics from reaching the ocean. Other countries, like the United States, have higher incomes and thus more plastic use. There is also a large coastal population making it easier for plastic waste to make its way to the sea.

What Plastics Are Doing to Sea Life

With all that plastic ending up in oceans all over the world, it should come as no surprise that marine life is suffering as a result.

When marine animals ingest plastic, they stand to suffer a range of issues. They may cause internal injuries while plastic slices its way through the animals’ digestive tract. Plastic may also fill up the stomach, eventually preventing an animal from being able to consume food, thus starving to death. An animal may also experience ill results from chemicals either contained in the plastic itself or chemicals and toxins that have latched onto the plastic while in the water column.

Plastic also stands to hurt marine life even if it remains outside the body. Plastic materials may wrap around the head, flippers, or tail of a variety of sea creatures. This can make movement and feeding difficult or impossible, with the threat of further injury and death being a real issue.

What Plasticized Oceans Are Doing to Us

So, it’s obvious plastics are spelling bad news for wildlife. But it’s important not to forget about how humans are impacted as well by this environmental nightmare. After all, we are part of the ecosystem too.

Plastic Toxins in the Food Chain

First off, the toxins that can enter the human body as the result of consuming seafood exposed to plastics are becoming a real problem for human health. Some plastics contain BPA which stands to act as an endocrine disruptor should it enter the human body. Phthalates are another toxin often found in plastics and have been shown to harm developing fetuses at certain levels.

A final health issue dealing with plastic consumption via seafood is accumulated toxins and carcinogens in the plastic material. These chemicals are prone to sticking to the surface of plastic being observed to make plastic as much as a million times more toxic than the surrounding seawater. Because plastic chemicals and the nasties they carry tend to accumulate as you move up in trophic levels, humans tend to be exposed to increased levels of toxins in relation to other species in the food web.

Considering the fact that some studies estimate that people who eat shellfish can consume up to 11,000 pieces of microplastic a year, this toxic burden has the potential to really add up.

Second, food security for some regions relying on the ocean is being put at risk as the result of plastic pollution. According to the Global Ocean Commission, about three billion people around the planet rely on the ocean to provide at least 20 percent of their protein. As global fisheries are threatened by overfishing and climate change, the problems caused by plastic pollution are yet another issue that makes this food source more unstable.

Finally, economies worldwide suffer as plastics continue to choke out life in our oceans. Tourism based on pristine ocean environments, healthy marine animals, and clean beaches stands to hurt when plastics are present. Who wants to scuba dive in a sea of plastic bags, or play in waves of plastic bottles? The fishing industry also is in a place to suffer from plastic as fisheries become degraded and depleted as the result of this pollution. This not only hurts the food sources that fisheries provide, but also the incomes and livelihoods of individuals all over the world that depend on fisheries. The shipping industry is yet another economic endeavor impacted by ocean plastics as the waste can make navigating polluted stretches of water difficult and even dangerous. 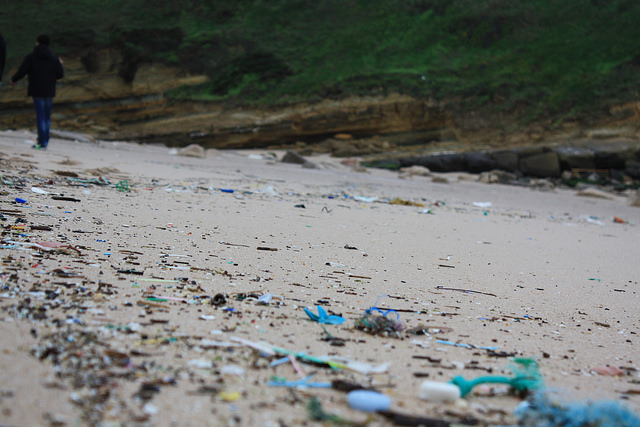 Hopefully, you’re feeling compelled to act? Again, it is important to remember the ecological impact that plastic pollution has on our ecosystems, and the wildlife it touches. But we can’t forget about the impact all this plastic is having on human health and wellbeing. We really are creating a tragedy that future generations will have to fight.

One Green Planet already has several articles to help you explore a plastic- free lifestyle if you’re ready to get to work. Check out 8 Innovative Ways to Cut Plastic Out of Your Life, 10 Life Hacks to Help You Cut Plastic Out of the Picture and How To Pack a Zero Waste Lunch for tips on getting your plastic use under control. We can do it!