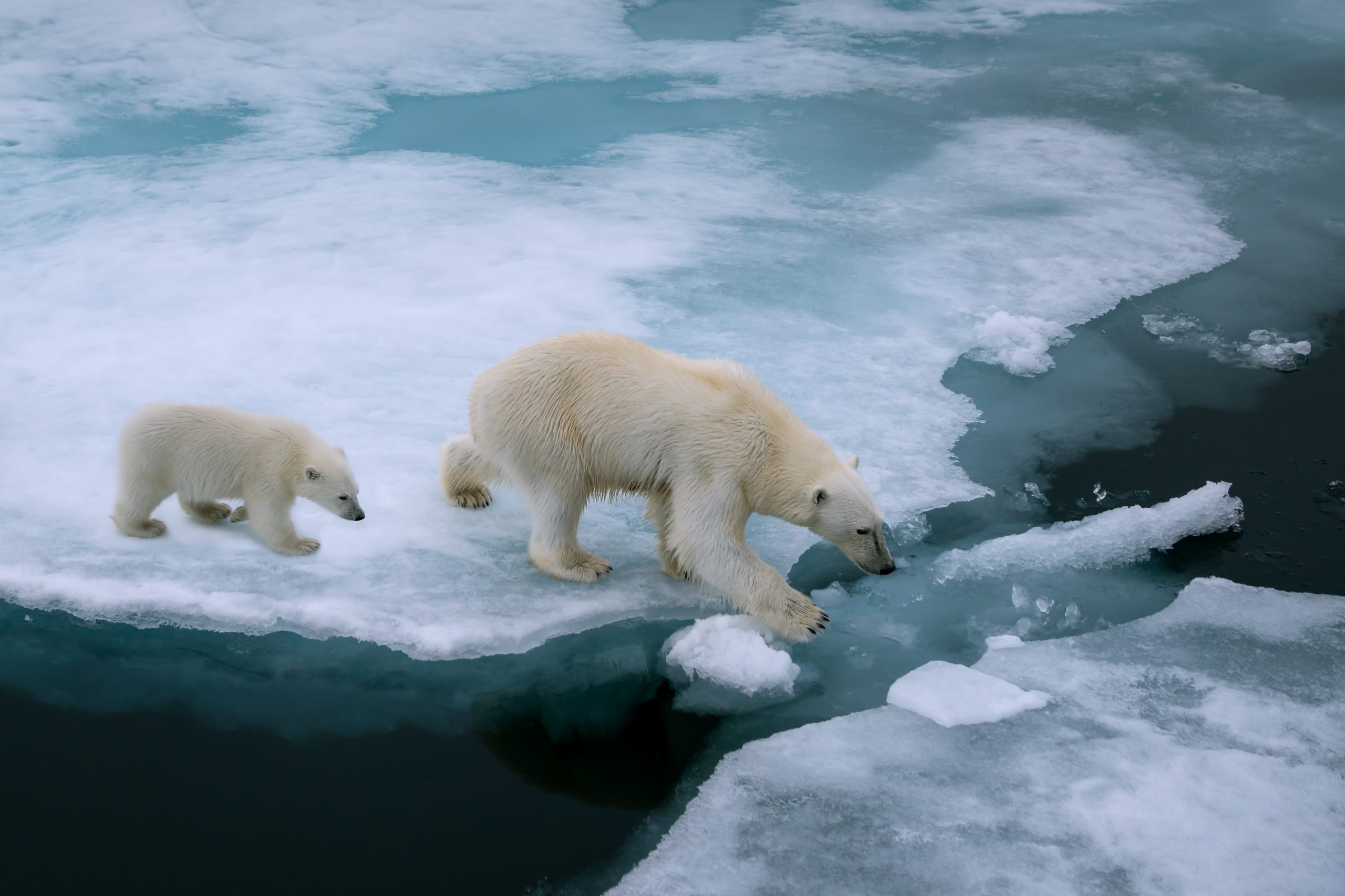 Most people have heard about the phenomenon of global climate change due to the increased media coverage of the issue in recent years. For a long time now, climate scientists have been warning us that our current levels of greenhouse gas emissions are profoundly unsustainable, and have the power to irrevocably alter Earth’s capacity to sustain life. The oceans absorb approximately one-third of the carbon dioxide we produce, which has led them to become 30 percent more acidic since the days of the Industrial Revolution. This has grave implications for the animals, plants, and other lifeforms who dwell within them. In addition, 8.6 million acres of the world’s ice caps melt every year, and as global temperatures continue to rise, this problem is set to escalate.

It can sometimes be difficult for us to wrap our minds around the scale of the problem, or understand what the real-world impact of scary climate change figures and statistics actually is. Wildlife photographers Samuel Blanc and Agnès Brenière, of Horizons Partagés, have made it abundantly clear what the melting of Earth’s polar ice caps means for the creatures who depend on them in this tragic picture  – which shows a polar bear consuming a dolphin.

Polar bears are not naturally inclined to eat dolphins, but territory shrinkage and food scarcity – combined with the fact that dolphins themselves have had to move farther north as a result of rising temperatures – has recently led them to start doing so for the first time in recorded history. The world’s climate has been altered by human activities, namely our industries that spew greenhouse gases into the atmosphere.

So how can we help right this situation?

Believe it or not, part of the answer lies on our plates. While the carbon emissions of large industries like coal and oil need to be regulated, as an individual, you have an incredible opportunity to start reducing your own carbon footprint. People are making small changes every day like choosing to walk or bike to work rather than driving, seeking out recycling bins for plastic waste, and even being mindful of the impact of their consumption choices. In keeping with this theme of doing small things, there is another solution that can have an enormously positive impact on the planet – and, it might just be the simplest one yet: changing the way you eat.

Animal agriculture is responsible for at least 14.5 percent of global greenhouse gas emissions (certain organizations, such as the Worldwatch Institute, believe the figure may be as high as 51 percent!) while also consuming a majority of the world’s freshwater resources. All the while, this industry is also responsible for rampant air and water pollution as well as mass deforestation. A single acre of tropical rainforest can store up to 200 tons of carbon dioxide – but these forests are being cleared at an astounding rate to make way for grazing livestock. No doubt about it: every choice we make has a domino effect on the world around us, and it is our responsibility to ensure that this impact is a positive one.

Just by choosing to eat more plant-based foods over animal products, you could slash your carbon footprint in half and save around 200,000 gallons of water each year. If everyone in the U.S. got on board, we could redirect enough grain from the livestock feed system to feed 2 billion hungry people around the world. Not to mention, the vulnerable polar bears of the world would, at last, have a fighting chance at survival.

To learn more about how you can use your food choices to benefit species and the environment, check out the #EatForThePlanet book.