Our Food Choices Are Killing Endangered Animals in the Amazon – And Replacing Them With Others! 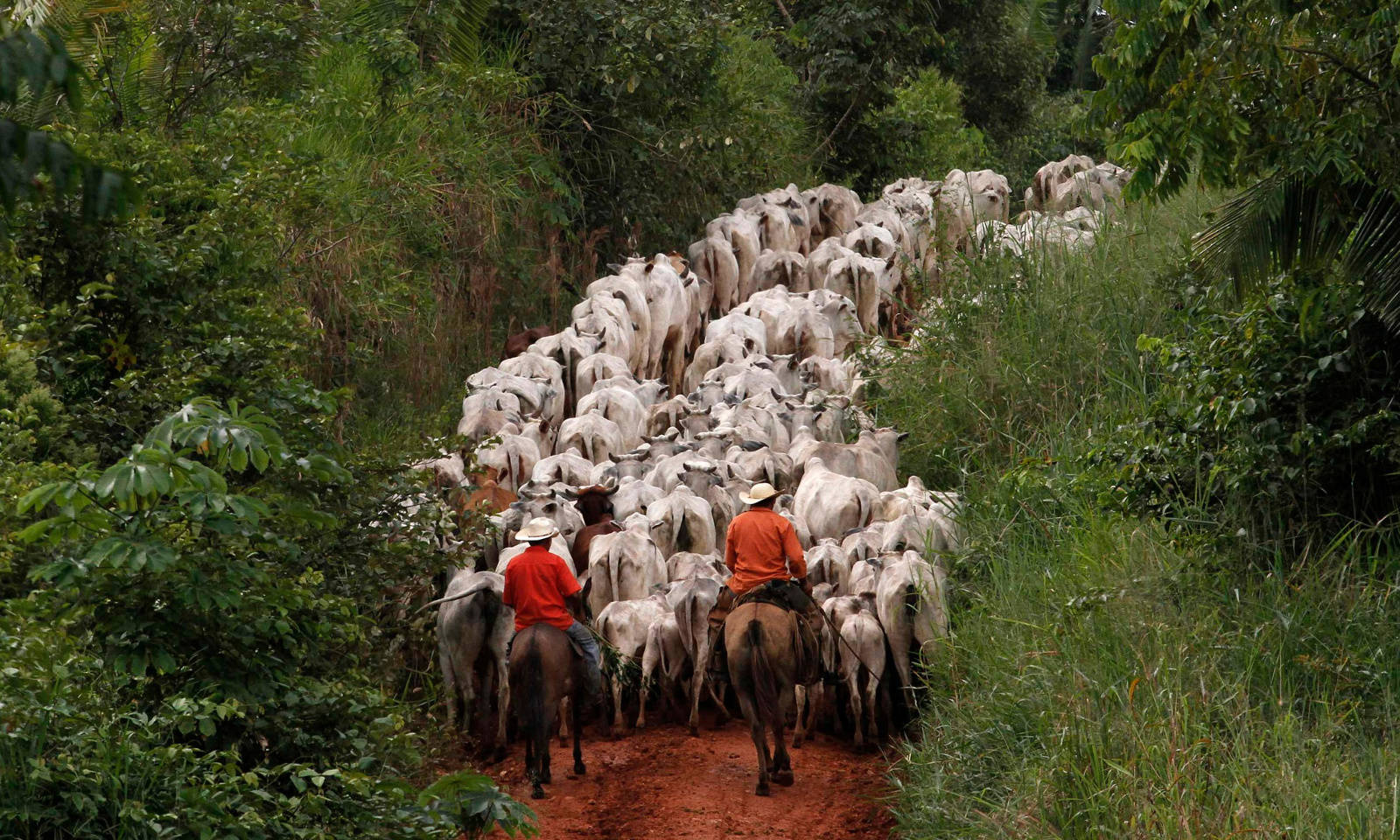 Through no fault of their own – but rather, because of the seemingly insatiable human appetite for meat and dairy products – cows have sadly become an invasive species of sorts. Their expansion into the Amazon rainforest, where they are being reared in large numbers to satisfy human demands for their flesh and secretions, has directly caused around 80 percent of the deforestation in this region. This has led to a drastic reduction in the amount of land available for the native animal species of this area, such as the jaguar, the giant otter, the toucan, and many different kinds of monkeys. In addition to this, beef production in the Amazon has been linked to severe drought in many urban communities throughout Brazil, whose water supplies are being diverted to the livestock system instead.

The desecration of the Amazon rainforest is also driving up worldwide greenhouse gas emissions, thereby threatening the icy Arctic habitat of another much-loved animal species, the polar bear. It begs the question: why are we, as a human species, bent on wiping out the animals that so many of us profess to admire, in order to make way for animals that most of us regard as nothing more than commodities, who exist merely for the sake of our taste pleasure?

This picture clearly illustrates the tragic situation being faced by cows, who are being forced into a landscape where they obviously don’t belong, at the behest of humans. 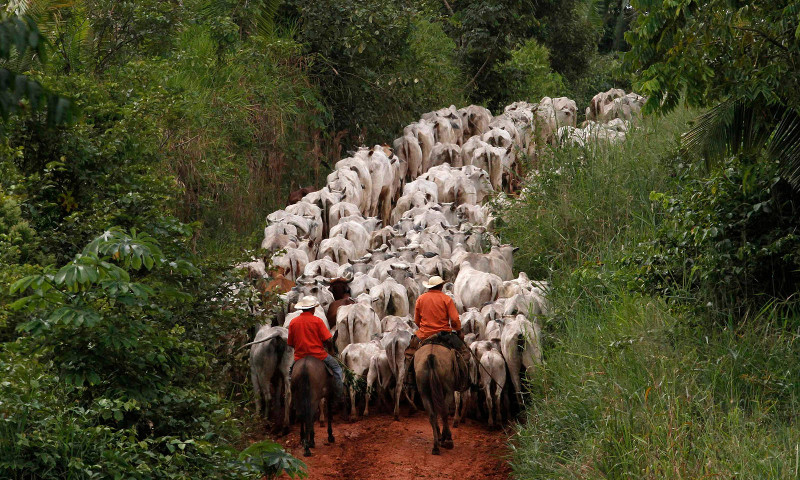 Sadly, this problem is not confined to the Amazon rainforest. Here in the U.S., for example, wild horses are being systematically driven toward oblivion. They are being chased off public land in cruel helicopter-led roundups, in order to satisfy ranchers’ demands for more land on which to raise cattle. Last year it was revealed that the Bureau of Land Management (BLM), the government body charged with caretaking wild horse populations, sent almost 1,800 federally protected wild horses to slaughter between 2009 and 2012. This is just one example of the many injustices that have been perpetrated against these animals, simply because their existence limits the expansive ambitions of those who wish to use their homes as grazing land for cattle.

Around the world, the extremely resource-intensive animal agriculture industry has pushed countless indigenous animal species to the brink of extinction. It occupies around 45 percent of our planet’s total land area while an estimated 33 percent of the world’s arable land is devoted to growing livestock feed. The world has lost 52 percent of its wildlife in the past forty years, and is in the midst of its sixth mass extinction event, caused by human activity … and animal agriculture is a major driving factor behind this event.

To learn more about how you can call a halt to the needless deaths of wild animals, by simply changing the contents of your plate, check out the posts below.

You can also gain some great advice on how to save endangered species with your next meal by joining in One Green Planet’s #EatForThePlanet Campaign.

As the leading organization at the forefront of the conscious consumerism movement, it is One Green Planet’s view that our food choices have the power to heal our broken food system, give species a fighting chance for survival, and pave the way for a truly sustainable future. By choosing to eat more plant-based foods, you can drastically cut your carbon footprint, save precious water supplies and help ensure that wild animals are allowed to remain in their natural habitats.