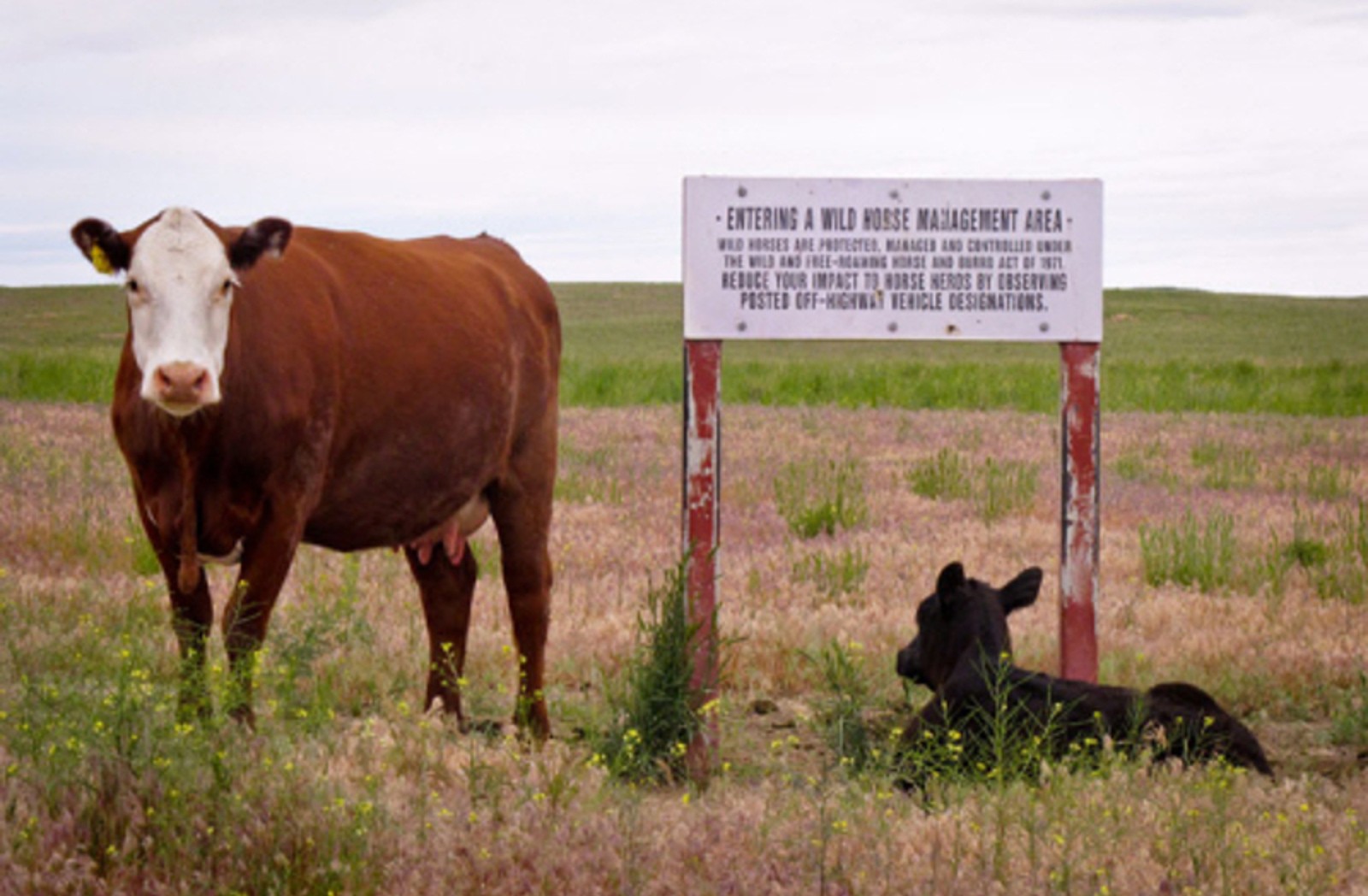 The Bureau of Land Management (BLM) is charged with the duty of protecting wildlife on U.S. public land … but when it comes to “managing” herds of wild horses, the government body has a terrible history of abuse behind it. Their practice of “rounding up” the horses in helicopter-driven chases has drawn intense condemnation from animal protection groups and concerned members of the public. In Defense of Animals (IDA) has described the operations thus: “Roundups are physically torturous and indiscriminate as the young, old, and pregnant are forced into a violent stampede over rocky and dangerous terrain.”

The BLM continuously claims that the roundups are “necessary and justified,” and always carried out in a humane manner. However, wild horse advocates have attested that these round-ups often involve horrendous cruelty. Laura Leigh of Wild Horse Education, who has spent a lot of time observing exactly what goes on during the roundups, said, “It’s my observation that the government continually violates the provision of the act that requires humane handling of these animals. … I’ve seen broken legs. I’ve seen legs ripped by barbed wire. I’ve seen horses kicked in the head. I’ve seen animals dragged by the neck with a rope. I’ve seen a helicopter hit horses.”

As if that weren’t bad enough, many of the horses who are captured during these operations end up being put up for auctions where they are purchased and sold for horse meat. The Wild Free-Roaming Horses and Burros Act (WFRHBA) of 1971 was designed to protect these beautiful animals as “living symbols of the historic and pioneer spirit of the West.” Doesn’t sound as though the BLM is paying a whole lot of regard to this federal law, does it?

If you are wondering why all of this horror is allowed to happen, year after year, this picture illustrates exactly what’s going on. 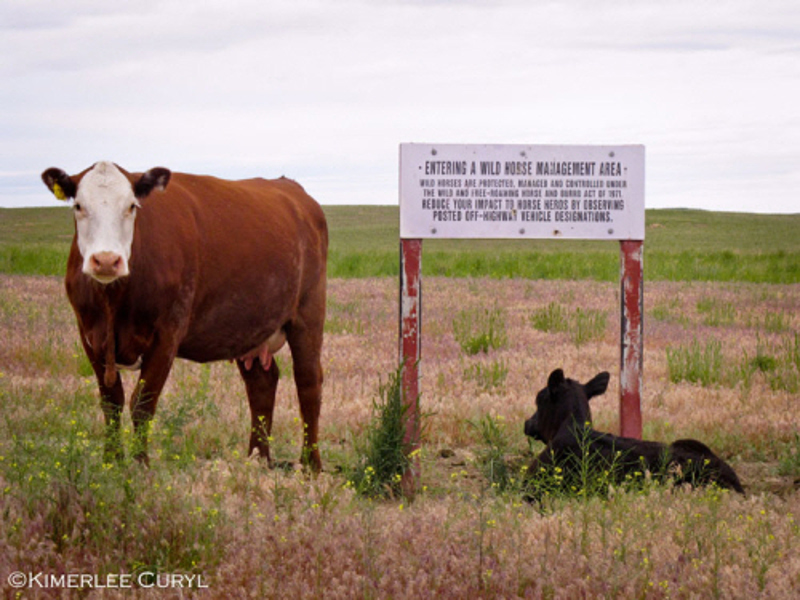 The true reason that wild horses are being hunted down and slaughtered is that their presence prevents cattle ranchers from utilizing as much public land as possible on which to rear their animals. American Wild Horse Preservation (AWHP) has found that the population of private livestock outnumbers the population of wild horses by a ratio of fifty to one. AWHP director Suzanne Roy said, “The reality is that there are a small number of wild horses out there, fewer than 32,000, and there are millions of cattle and sheep. We don’t have an overpopulation of horses. We have an overpopulation of livestock on our public lands.”

Wild horses are just one group of animals in danger of extinction because of competition from the meat and dairy industries. Deforestation and habitat loss driven by these industries’ demand for land and freshwater resources are major causes of the sixth mass species extinction event currently unfolding on our planet. Earth has lost an unbelievable 52 percent of its wildlife in the last forty years alone … and unless we humans manage to curb our appetite for animal products soon, the situation is only going to get worse.

As the leading organization at the forefront of the conscious consumerism movement, it is One Green Planet’s view that our food choices have the power to heal our broken food system, give species a fighting chance for survival, and pave the way for a truly sustainable future. By choosing to eat more plant-based foods, you can drastically cut your carbon footprint, save precious water supplies and help ensure that animals like wild horses are allowed to remain on their native land.

For more in-depth information on the connection between the cattle ranching industry and the destruction of wild horses’ way of life, check out our article, What Do Your Food Choices Have to Do With Saving Wild Horses?

To learn more about how you can use your food choices to benefit wild horses, click the graphic below.