Want to Save the World? Consider These Facts When You Eat 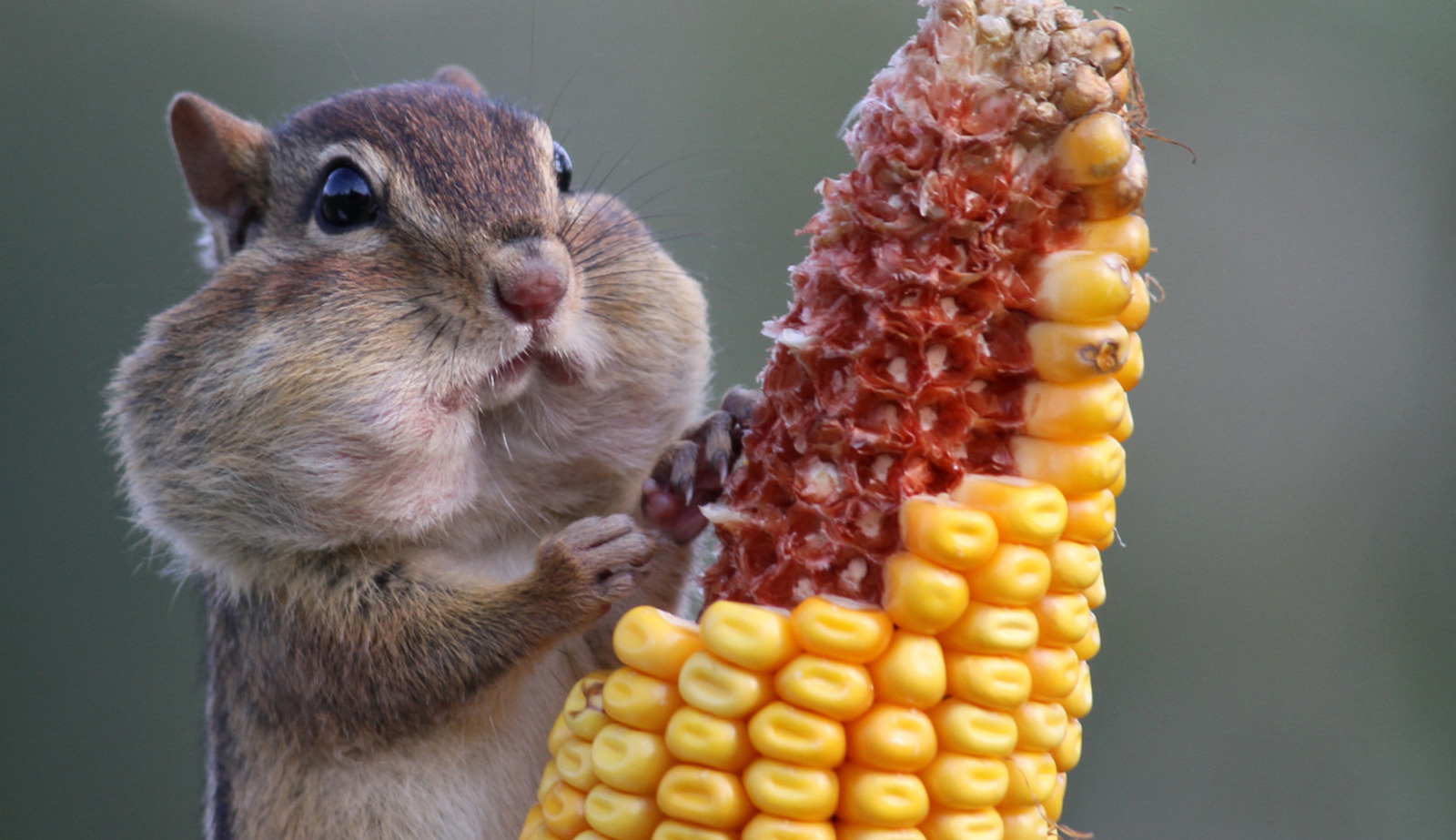 Do you ever wish you could save the world? Well, we can certainly attest to telling people we were going to save the world when we grew up when we were little. Every Green Monster has a little bit of a planet-hero inside of them, just waiting for the right time to jump into action and save the day. You might not realize it, but there are small things you’re likely doing everyday that are slowly – but surely – helping to save the planet. So, while you might not want to break out the neon tights and come up with a plant-saving eco-persona yet (although if you do, take pictures and send them to us stat) … you might be closer to saving the world than you think.

Of the many awesome Green Monster activities you can do to help the world, one of the biggest starts with what is on your plate. Many people do not realize it, but the production of animal protein ranks is the largest source greenhouse gas emissions; the United Nations Food and Agriculture Organization (FAO) estimates that livestock production is responsible for 14.5 percent of global greenhouse gas emissions, while other organizations like the Worldwatch Institute have estimated it could be as much as 51 percent. Not to mention the water footprint of these products is inordinately large. The good news is, you can help reduce your impact on the world – and take a few steps towards saving it – by shifting away from a meat-centric diet and towards a plant-based one. Just consider that stack of rockin’ vegan pancakes as the Robin to your Batman and prepare to save Gotham … or your local metropolis … one bite at a time.

To help inspire you to eat for the planet, keep these facts in mind when you eat!

2. Currently, 260 million acres (and counting) of U.S. forests have been clear-cut to create land used to produce livestock feed, and  80 percent of the deforestation in the Amazon rainforest is attributed to beef production.

4. Annually,  meat eaters contribute roughly 5,767 pounds of carbon emissions, it would take 5,190 trees a month to scrub to mitigate those emissions.

5. It takes nine times the fossil fuel to produce one calories of meat than it does plant calories.

6. Agriculture uses 70 percent of the world’s fresh water. One-third of that is used to grow crops to feed livestock. 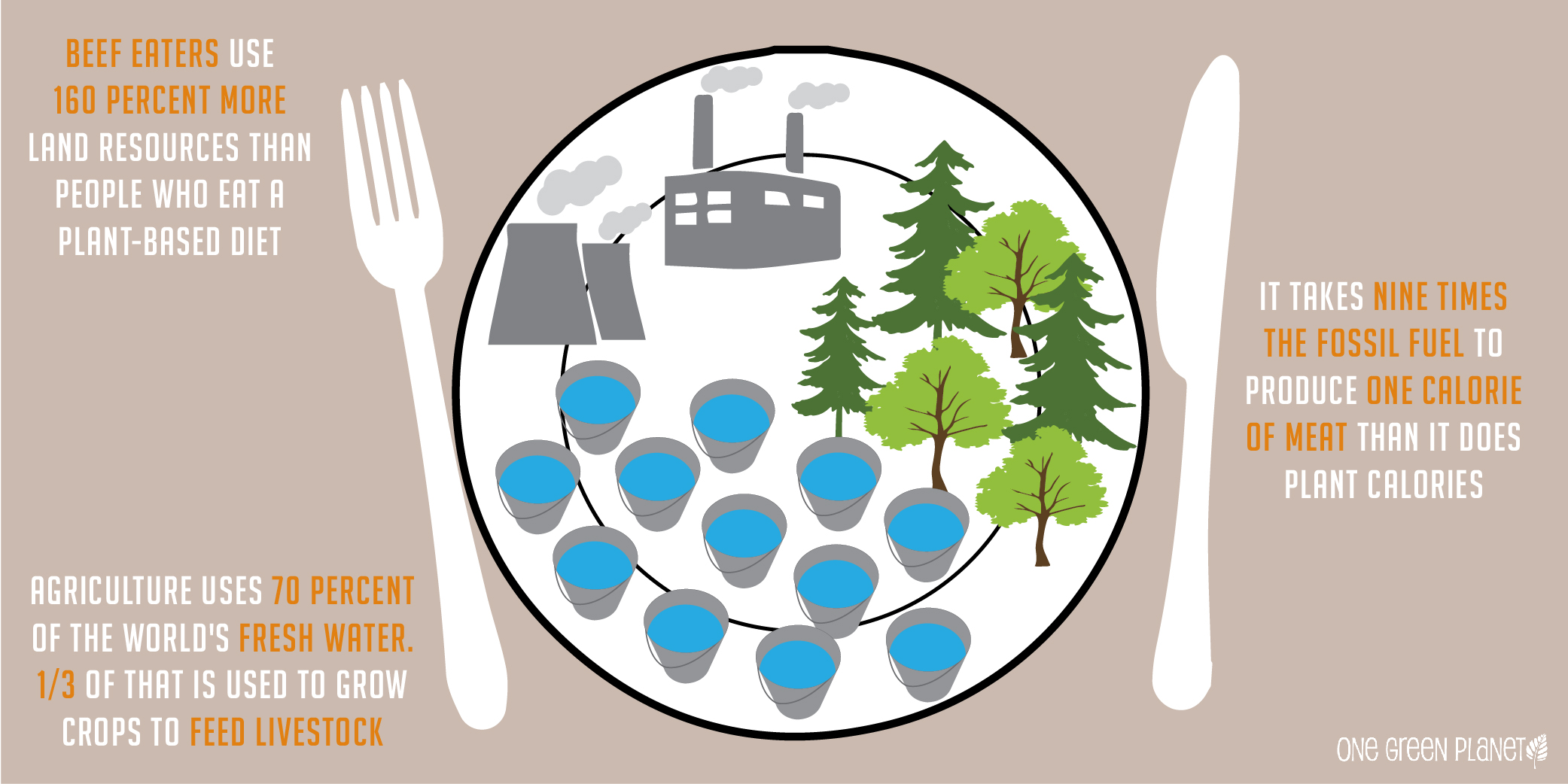 7. 1 in 8 people in the world aren’t getting enough food  to live healthy lives.

8. Worldwide, more than 40 percent of wheat, rye, oat and corn produced is fed to livestock.

10. Americans eats an average of 99 pounds of chicken per year, that adds up to 495 pounds of grain per person to meet that demand.

11. If each of the 317 million people in the United States gave up poultry alone, that grain could be used to feed roughly 356 million of the world’s hungry a plant-based diet.

12. If all current crop production used for animal feed and other nonfood uses (including biofuels) were targeted for direct consumption, around 70 percent more calories would become available for the world’s hungry people. 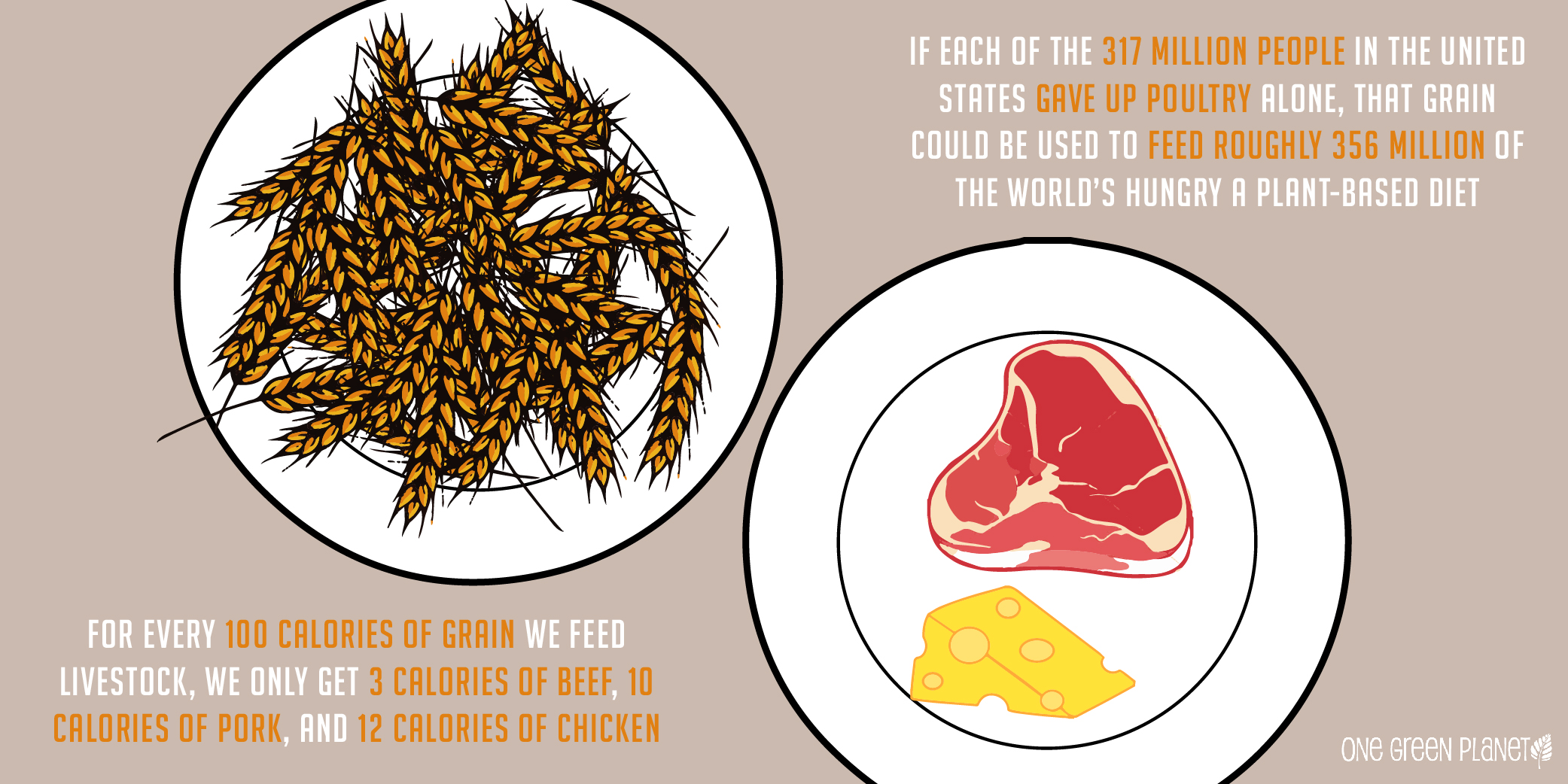 “While at an individual level, we may not have the power to change government policies and business practices overnight to ensure food security, we do have the power to control our food choices,” says Nil Zacharias, co-founder and Editor-in-Chief of One Green Planet.