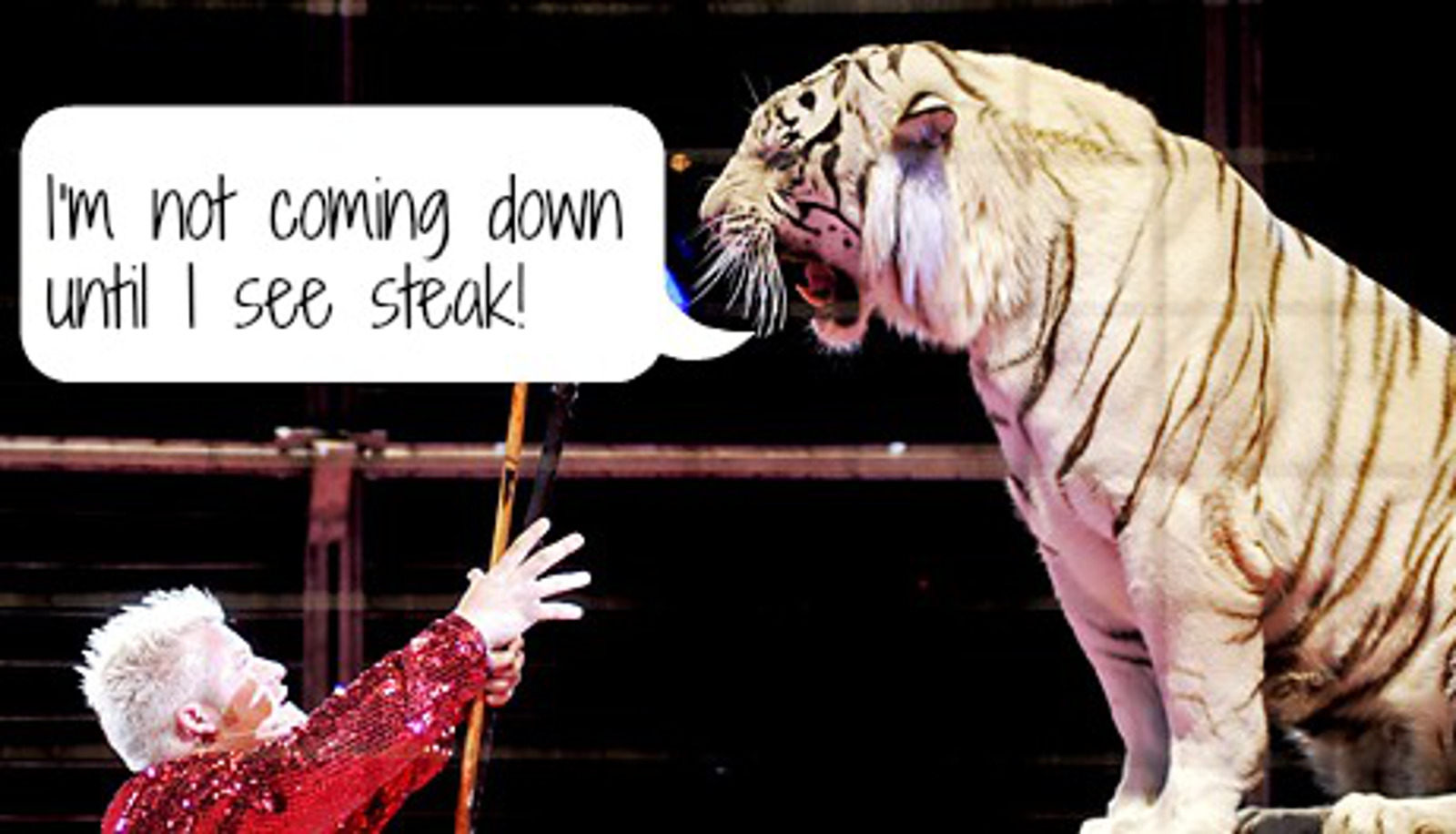 We call animals “wild,” for a reason. These animals exist in nature, and above all else they belong in the wild. Unlike domesticated animals, wild animals have not evolved overtime to live in the comfort of human care – wild animals have developed to live and thrive in their natural habitat. For this reason, when wild animals are taken from the wild and forced into situations where they are expected to behave at the will of humans, things don’t always turn out as planned.

Humans are fascinated by wild animals. We have yet to meet a person who isn’t floored by the sight of an elephant or tiger, but sadly, our fascination with wild animals often trumps our concern over the well-being of these creatures. We see lions and bears performing in circuses, display tigers in zoos, and place orca whales in tiny observation tanks – all for the purpose of our own entertainment. Outside of these typical places where one might go to see a wild animal, you can see wildlife on TV and in the movies. These animals, like those trained to perform in the circus are subject to a life that is controlled by the will of humans who use these animals to turn a profit.

Unlike humans, these wild animals did not choose to be in the spotlight and they’re not getting paid millions of dollars to tolerate all the unpleasantness that comes with being a star. Since telling a tiger to think about the Porsche he can buy if he successfully jumps through a flaming ring is just not enough to inspire that feline to take the dive – trainers resort to modes of operant training where food is withheld until the animal performs the correct stunt.

Most animals used for entertainment, be it in circuses or in the making of films, have to undergo a process where their will is essentially broken. This can be achieved by keeping animals in isolation for long periods of time, beating them with whips or pointed hooks, and depriving them of food and water indefinitely. Once animals are deemed “docile” enough to concede to the will of their trainers, they become “stars.” Sounds glamorous, doesn’t it?

On top of all this, when it comes down to it … animals are really actually terrible stars and here are a few reasons why.

Between shouting fans and blaring music, life as a performer can cause some serious damage to your ears. Wild animals have heightened senses, which in the wild help defend them against predators or other surprises. The loud noise from screaming fans can startle animals, causing them to flee. This happened to three elephants at the Moolah Shrine Circus and they stampeded into the parking lot and damaged vehicles. It’s a good thing that no people got in the way! 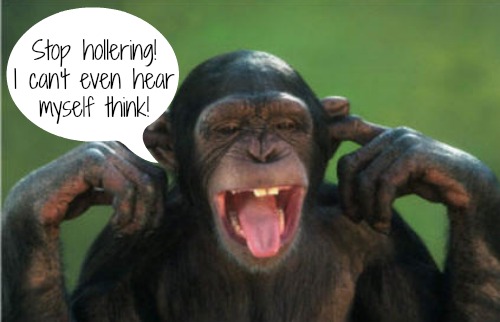 2. They’re Not Fans of the Spotlight

As the star of a circus act, or leading animal of a Hollywood Blockbuster, wild animals are subjected to a constant stream of bright lights. This too can damage the animal’s senses. Just think, in the wild would an elephant ever willingly stare into the sun for hours on end? Probably not. This damage takes it’s toll, as shown by Lucky the elephant who was blinded from being in the spotlight for too long. 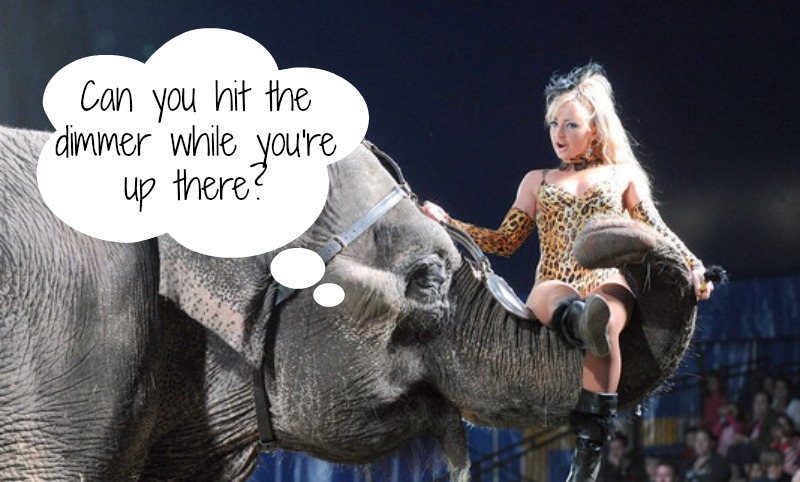 If you were forced to perform by people who beat you and starved you, wouldn’t you be compelled to make a run for it? Wild animals have pretty keen survival instincts – however, when they find themselves in the middle of a city and not their natural habitat things can get a little weird. In March 2010, Lima, a zebra kept by Ringling Brothers and Barnam and Bailey decided to act on her instinct, escaping the show and ran wild through downtown Atlanta for 40 minutes! 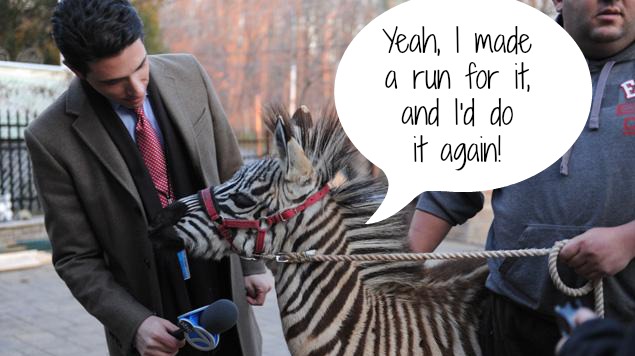 4. They Can Get Testy When They Haven’t Been Fed

You know how they say “don’t feed the models”? Well, there might be some relationship between the “mean girl” model stereotype and their hunger! The same can be said for wild animal “models” and performers. To ensure they perform on que in every show, trainers without food from animals. The scary side of starving an animal, like a tiger or a lion, is that when pushed to their limit they can attack to get what they want. This can be incredibly dangerous, especially in performance venue where guests are subject to harm. 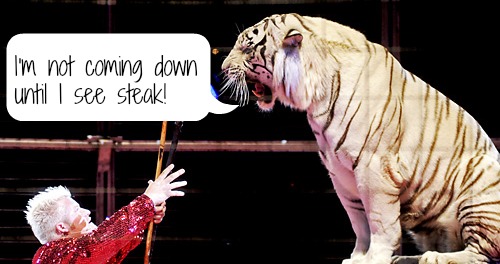 5. Wild Animal Get Frustrated and Act Out

Remember when Theresa Guidice flipped a table for dramatic effect on Real Housewives of New Jersey. Imagine what an elephant or an orca what could do with their strength and size? We learned from Blackfish the true danger of a frustrated orca whale. The countless other incidents of aggressive acts exhibited by “star” wild animals who are frustrated with their captivity, really illustrates the limits of their “professionalism.” 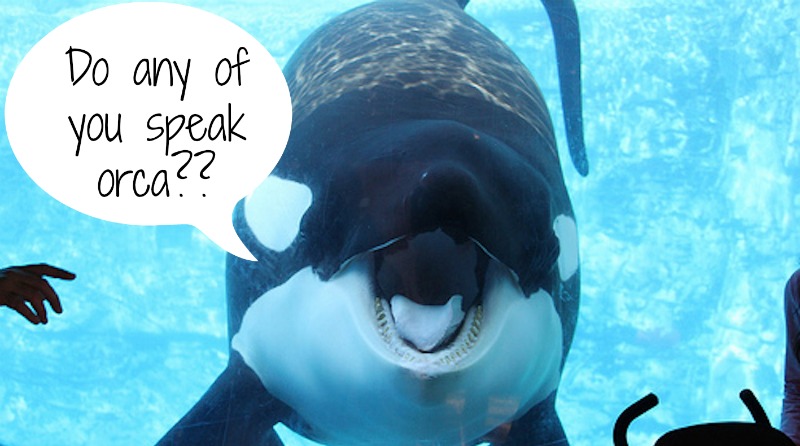 An international celebrity might live out of a suit case, but they do so by choice. Wild animal stars, many of whom have been taken from their natural habitat and been forced to perform, however, never chose to pack their bags and leave home. Elephants share incredibly strong familial bonds, and when a calf is separated from their mother, both animals will cry out in agony. There’s no crying in baseball, and there’s certainly no crying in circus life. 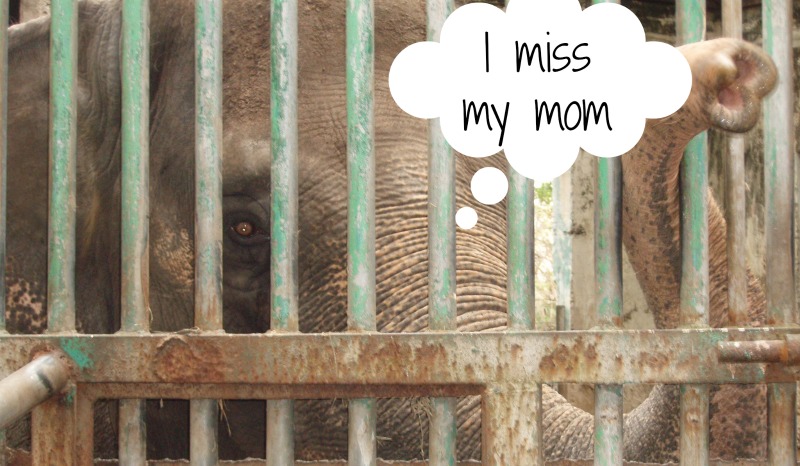 Like Hollywood starlets, wild animal entertainers have bouts of “exhaustion.” Except, instead of taking a quick vacation to St. Bart’s, animal performs get to … continue performing! This often results in the frequently illness of animal performers. Elephants are prone to arthritis and lameness, and all animals kept in captivity are susceptible to developing zoochosis. If you thought Brittany Spear’s meltdown was a mess, you clearly have never witnessed an unstable tiger. 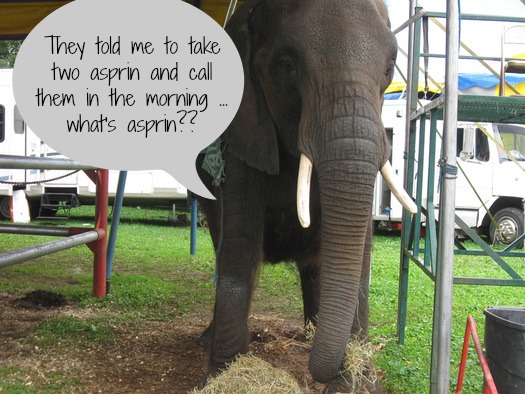 Help Free Nosey the Lame Elephant Being Forced to Perform

We’re not talking liability in a Lindsey Lohan sense. Unlike this fallen darling, wild animals are not liabilities to their own fame and fortune – but rather, really serious liabilities. As evidenced by the reasons above, wild animals are strong, unpredictable, and fed up with being held captive. When they throw their weight behind something … like say, deciding they don’t want to listen to their trainers anymore … they can make it happen. 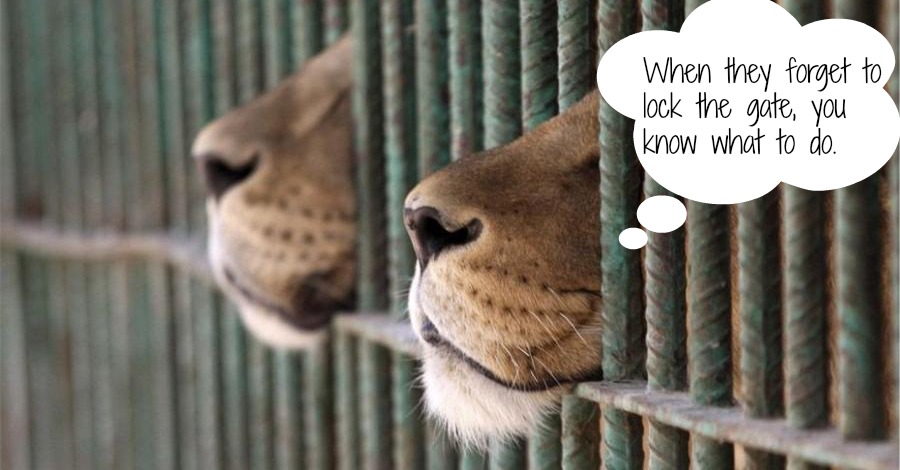 9. They’re Not Great With People

Karen, one of the elephants kept by Ringling Brothers and Barnam and Bailey, was dubbed the “most dangerous elephant,” in the performing herd. Karen had a history of knocking over her trainers and slamming down anyone who came near her – yet, she was still allowed to interact with the audience as part of the three-ring adventure. Thankfully, no guests were harmed by Karen, but her aggressive behavior towards humans is hardly unique to this particular elephant. 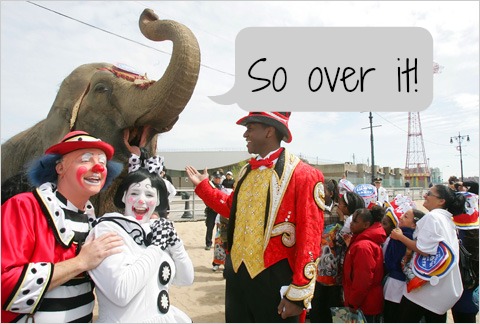 10. They Were Not Born to Perform for Human Entertainment

Plain and simple. The driving reason why wild animals make for terrible stars is because they were not born into the world with the sole purpose of entertaining humans. If that were the case, they would be able to talk and we imagine they would come prepared with a set of jokes. Survival is the primary concern of a wild animal, and balancing on a ball, posing for a camera, or jumping through a hoop is not part of the survival regiment. When we deprive animals of their natural behavior and teach them to associate their natural instincts with pain and punishment, we turn them into creatures they were never meant to be. While the Hollywood saying “fake it ’till you make it,” stands for humans, it should never be the expectation for real-life wild animals. 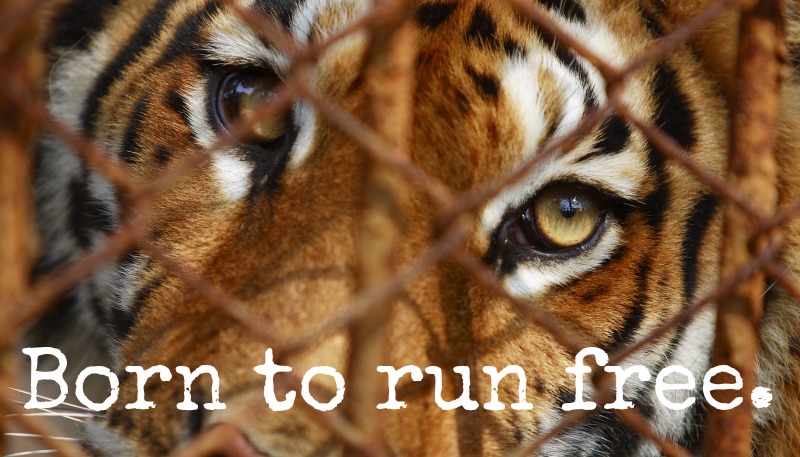