Mother’s Know Best. Why Palm Oil Needs to be Dropped From Baby Formula 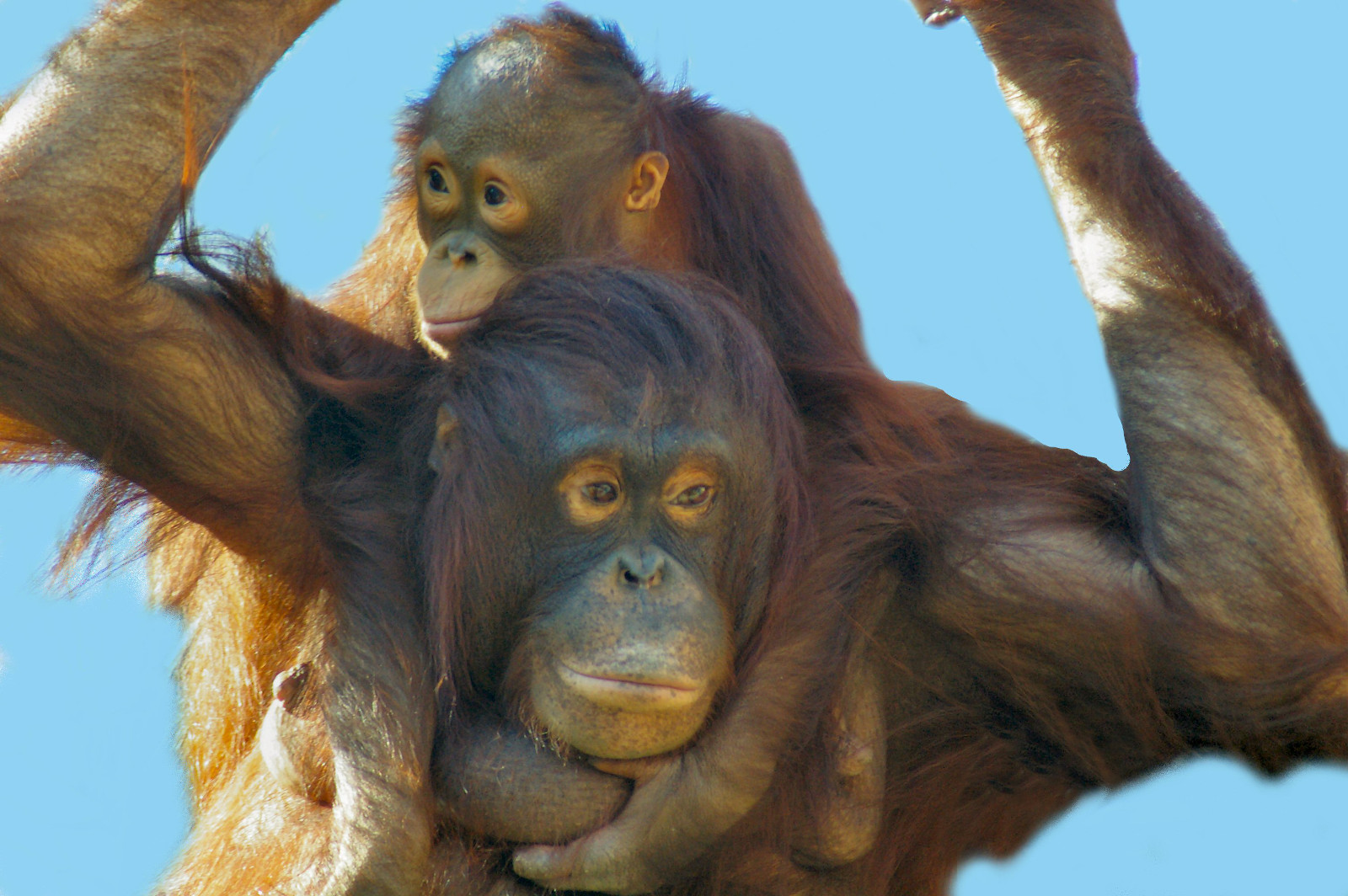 The front cover article of July’s Today’s Dietitian, titled Substituting Palm Oil for Trans Fat: Is Palm Oil a Good Alternative for Human Health and the Environment?, provides a wonderful summary of the unintended consequences of the FDA’s proposal to ban trans fat.

Surely we all agree that banning trans fat is a huge win for public health, but what happens when food companies replace bad with worse?

The Other Problem With Palm Oil…

You see, there is something that palm oil companies don’t want you to know: an FDA ban on trans fats could lead to a repeat of the same problem that arose eight years ago when the FDA mandated the labeling of trans fats. Food manufacturers raced to eliminate trans fats from their products and began substituting them with palm oil. That mandate led to a 500 percent increase in demand for “Conflict Palm Oil.” The vast majority of what is consumed around the globe today, Conflict Palm Oil is associated with a shocking list of ills like forced and child labor, deforestation and species extinction as well as increasing climate emissions.

Companies that are making billions from growing, buying and selling palm oil are exploiting the much-needed shift away from trans fats. There is no limit to how low these companies will go to sell more of this controversial ingredient.

Irresponsible Marketing and the Consequence

As a mother myself, I believe that babies should not be used by corporations to mislead other mothers in paid advertising campaigns.

But this month, that is exactly what IOI Loders Croklaan, the US affiliate of palm oil grower IOI Group, did in an ad in Today’s Dietitian. This company, that is linked to the destruction of rainforests and other ills, places a photograph of an adorably plump baby next to a pile of palm oil fruit to claim that palm oil is as healthy and nourishing for humans as mother’s milk is to infants. 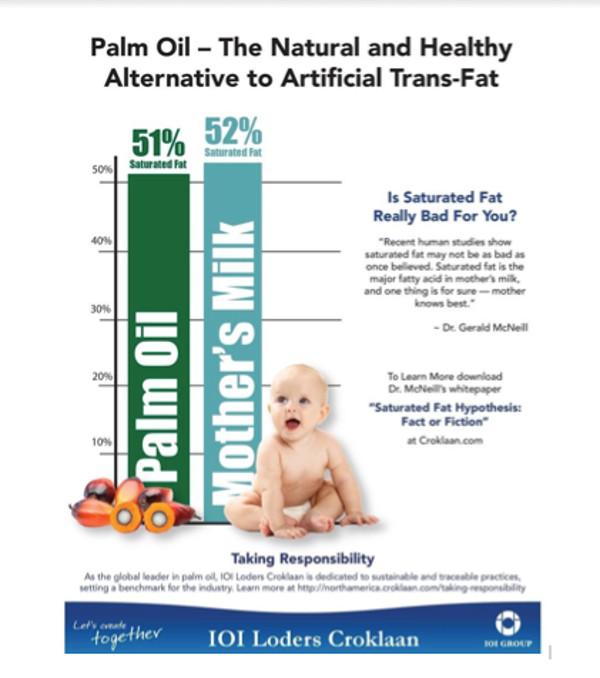 This is unethical and unacceptable. Especially given that palm oil is high in saturated fats and consuming highly processed palm oil is bad for your health.

The ad quotes Dr. Gerald McNeill, who they fail to mention is on company payroll: “Recent human studies show saturated fat may not be as bad as once believed. Saturated fat is the major fatty acid in mother’s milk, and one thing is for sure – mother knows best.”

The American Heart Association recommends keeping saturated fat intake to less than seven percent of energy intake. According to Katie Ferraro, a registered dietitian and an assistant clinical professor at UCSF, “any potential benefits of [saturated fat] are likely outweighed by the detriments.”

According to Dr. Weil, “Fresh palm fruit oil, sometimes called ‘red palm oil,’ is a nutritious and beneficial oil. However, it’s important not to confuse this raw oil with palm kernel oil, or the highly processed versions of crude palm oil that are commonly used as ingredients in the industrially produced packaged foods found in most Americans’ diets. These types of palm oil are unhealthy for the human body. And their irresponsible cultivation in tropical areas is unhealthy for the planet.”

As IOI notes in it’s ad, palm oil is 51 percent saturated fat, but what the company doesn’t mention is that vast majority of palm oil consumed in the U.S. is actually highly processed palm kernel oil, derived by pulping the kernel of the palm fruit, which is a whopping 80 percent saturated fat. Not so similar to mother’s milk, after all. By comparison, canola oil is just seven percent saturated fat and olive oil is about 14 percent.

Studies have long shown that breast milk is by far the healthiest source of nourishment for babies. It provides virtually all the protein, sugar, and fat your baby needs to be healthy, and it also contains many substances that benefit your baby’s immune system, including antibodies, immune factors, enzymes, and white blood cells.

It is simply outrageous to compare this perfect, immune-boosting source of life for infants to palm oil, a vegetable oil produced on such a scale that it’s the reason Indonesia now has the highest rate of deforestation and the third highest greenhouse gas emissions in the world.

Conflict Palm Oil is bad for our health and the health of the planet. The fact that it’s often the second ingredient in infant formula is a tragedy. I could never bear to know that I was feeding my baby an ingredient that could soon be responsible for the wholesale extinction of a species with 97 percent of our human genetics – the orangutan.

Don’t let IOI’s PR mislead you. Mother’s do know best, and that’s why we’re telling IOI: When it comes to my baby’s health, I’ll take the breast milk and pass on the palm oil.