World Wildlife Day reminds us all that the future of our planet is in our hands. In the past 40 years, we’ve lost 52 percent of wildlife from the face of Earth. While it may be difficult to fathom the fact that mankind has been responsible for this enormous amount of damage, it is the reality.  Some of the most iconic animals on our planet – tigers, elephants, rhinos – are closer to extinction than we realize.  More than 100 elephants are killed every day for their ivory, and a rhino is killed every eight hours by poachers, and due to the illegal pet trade, there are more tigers in people’s backyards than there are in the wild. This day is a critical reminder to our world leaders that we must chase down these criminals to end the unconscionable trafficking of these vulnerable species, but protecting these species also means changing our own habits. Here are five things you can do right now to help animals on World Wildlife Day:

It may seem like a hard concept to grasp, but the food choices we make every day are intrinsically tied to Earth’s destruction. Especially, our appetite for meat, dairy and eggs.

According to the United Nations Food and Agriculture Organization (FAO) the livestock system occupies 45 percent of global land. Our appetite for meat and dairy is destroying our rainforests and increasing our Earth’s temperature due to the sheer volume of greenhouse gases created by animal agriculture. In fact, it is estimated that the livestock industry alone could drive 175 different species into extinction!

An estimated 80 percent of deforestation in the Amazon rainforest is due to agriculture expansion and an area the size of Germany, France, Belgium and the Netherlands in South America has been converted to soy plantations to feed cows, chickens and pigs. In total, more than  136 million rainforest acres have been cleared for animal agriculture. This is devastating as an estimated 110 plant, animal, and insect species are lost every day due to rainforest destruction. The Pantanal jaguar, American wolf, and wild horse have paid the ultimate price for our hamburgers. Rainforests and resource destruction isn’t something most of us give much thought to when we’re chowing down on a sandwich or chicken wing, but it’s about time we start!

The incredible thing is, if every person in the U.S. were to choose more plant-based foods, we could cut our carbon footprint in half, save around 200,000 gallons of water. To start using your food choices for the benefit of the planet, join One Green Planet’s #EatForThePlanet movement!

Convenience often trumps conservation in our daily habits. Sure, it’s easy to grab a plastic water bottle on the go, or take a single-use bag on a shopping trip, but such products that we use for just a few minutes have forever-lasting impacts on our planet and its inhabitants. Currently, around 700 marine species are faced with extinction due to the threat plastic poses to them from entanglement, pollution, and ingestion. An international study from the University of Queensland discovered that 50 percent of sea turtles have plastic in their stomachs. Additionally, a recent study posited that by 2050, 99 percent of all seabird species will have ingested plastic waste. According to a study by the World Economic Forum, there will be one tonne of plastic for every three tonnes of fish by 2025, and if things go on business as usual, there will be more plastic in the ocean than fish by 2050! If you’re ready to kick your plastic habit to save marine animals, join One Green Planet’s #CrushPlastic campaign!

3. Put Down the Palm Oil

The production of palm oil, one of the world’s most popular vegetable oils, is destroying rainforests around the globe and in turn hundreds of animal species are suffering. Orangutans have become the most common victims of palm oil. It’s estimated that over 50,000 orangutans have already died as a result of deforestation in the last two decades. Palm oil is certainly not a necessity and there are much kinder alternatives. Click here to learn how to kick your palm oil habit.

With so few elephants, tigers, and lions left in the wild, the very last thing we should be doing is capturing them from their homes and locking them up in cages for our entertainment. It’s an incredible thing to see a wild animal up close, but not at the expense of their well-being. Animals in the circus are often stolen from their families as babies and have their spirits “broken” with physical abuse until they are submissive to their trainers. These animals will never live the way they are supposed to and will likely never see their families, or possibly even another memeber of their species again. Yes, it’s pretty cool to see these amazing beings up close, but wouldn’t we all rather see happy animals in the wild than tormented ones behind bars? Even zoos, which claim to be facilities for conservation, do nothing to help these species, as their animals are hardly ever reintroduced to the wild. Don’t let such facilities fool you – animal attractions exist for profits, not protection. 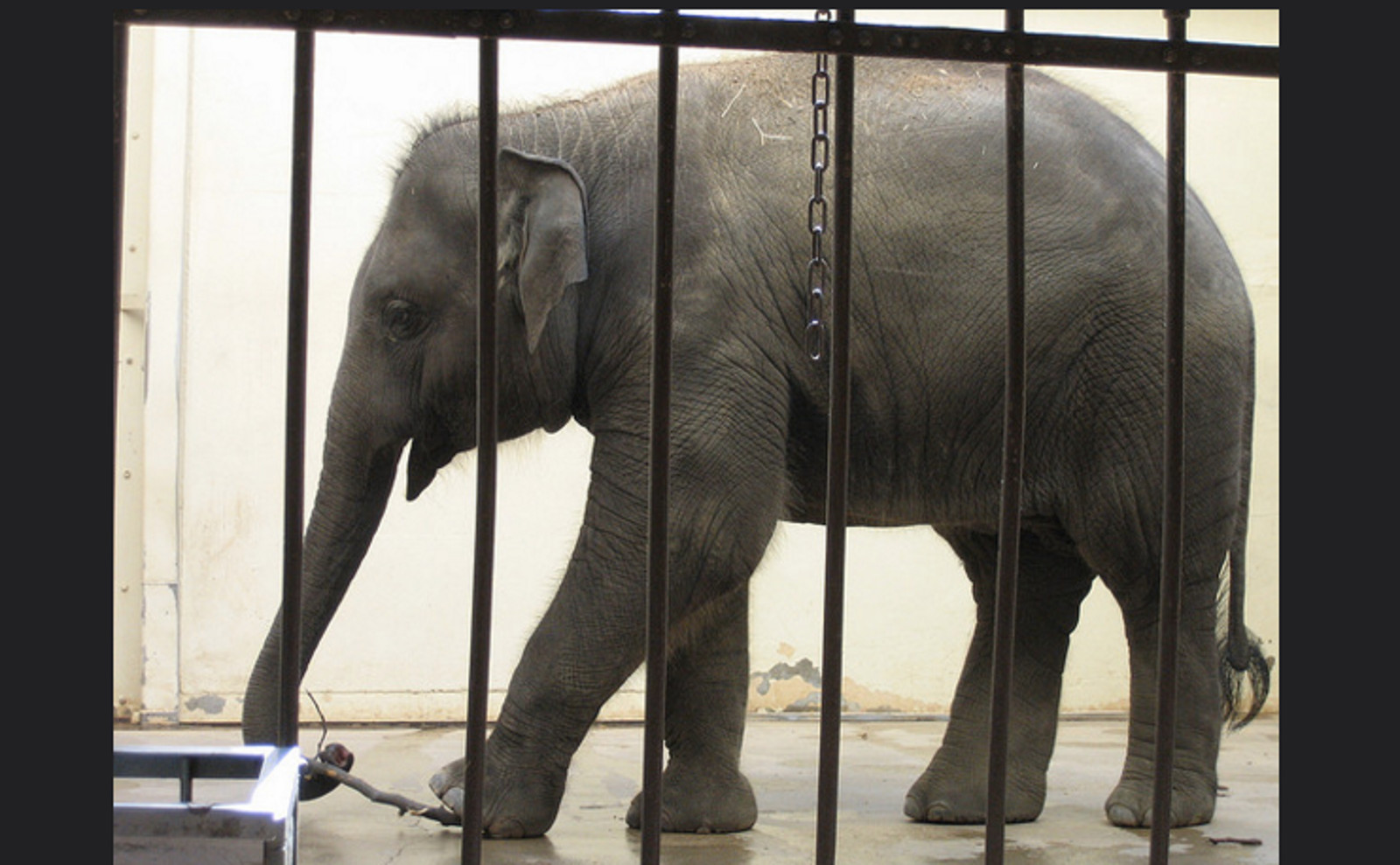 There are some incredible people on the ground, risking their lives to protect animals. Whether tackling poachers, rehabilitating orangutans affected by the palm oil industry, or raising orphaned elephants whose parents have been killed for ivory, these individuals are working every day to help save the lives of the most vulnerable. You can be a part of their work by supporting their efforts. Click here for a list of some of the top organizations working to protect endangered species.

The Black Mambas have reduced the rate of rhino poaching by 76 percent in two years! 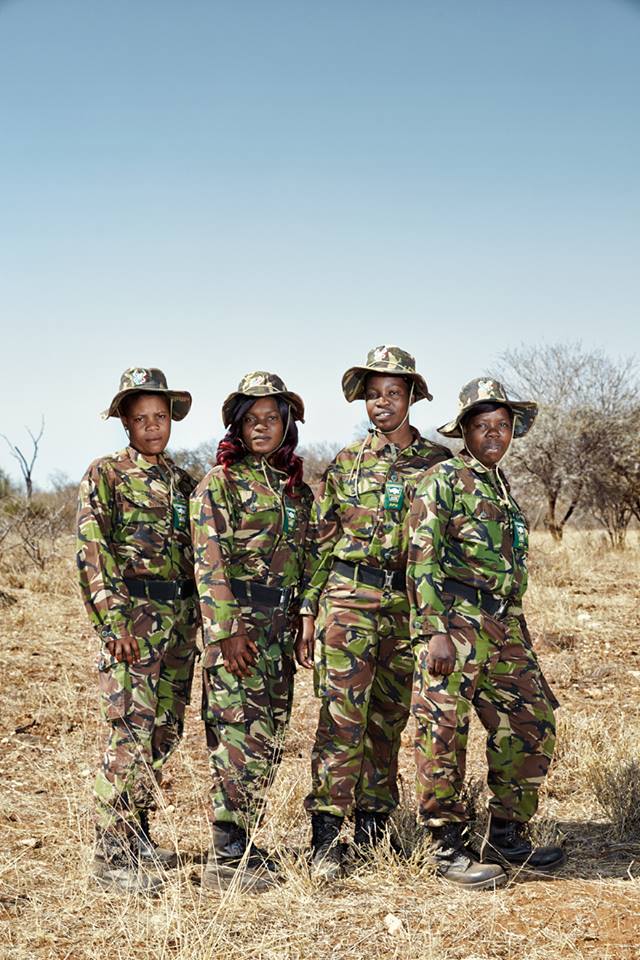 There is no tool more powerful than your own voice. You can help our fellow animal species by sharing articles and using social media to spread information. Every single one of us has the ability to make a difference for the future of our world and all of its beings, but we must act quickly. Whether by writing to your elected officials, speaking to your friends, or joining an organization working to protect our planet, you can speak out for animals who have no voice of their own. Start by sharing this article to maximize your impact!