So the Lawmakers Don’t Care, Huh? Here are 8 Things You Can Do Right Now to Help the Planet 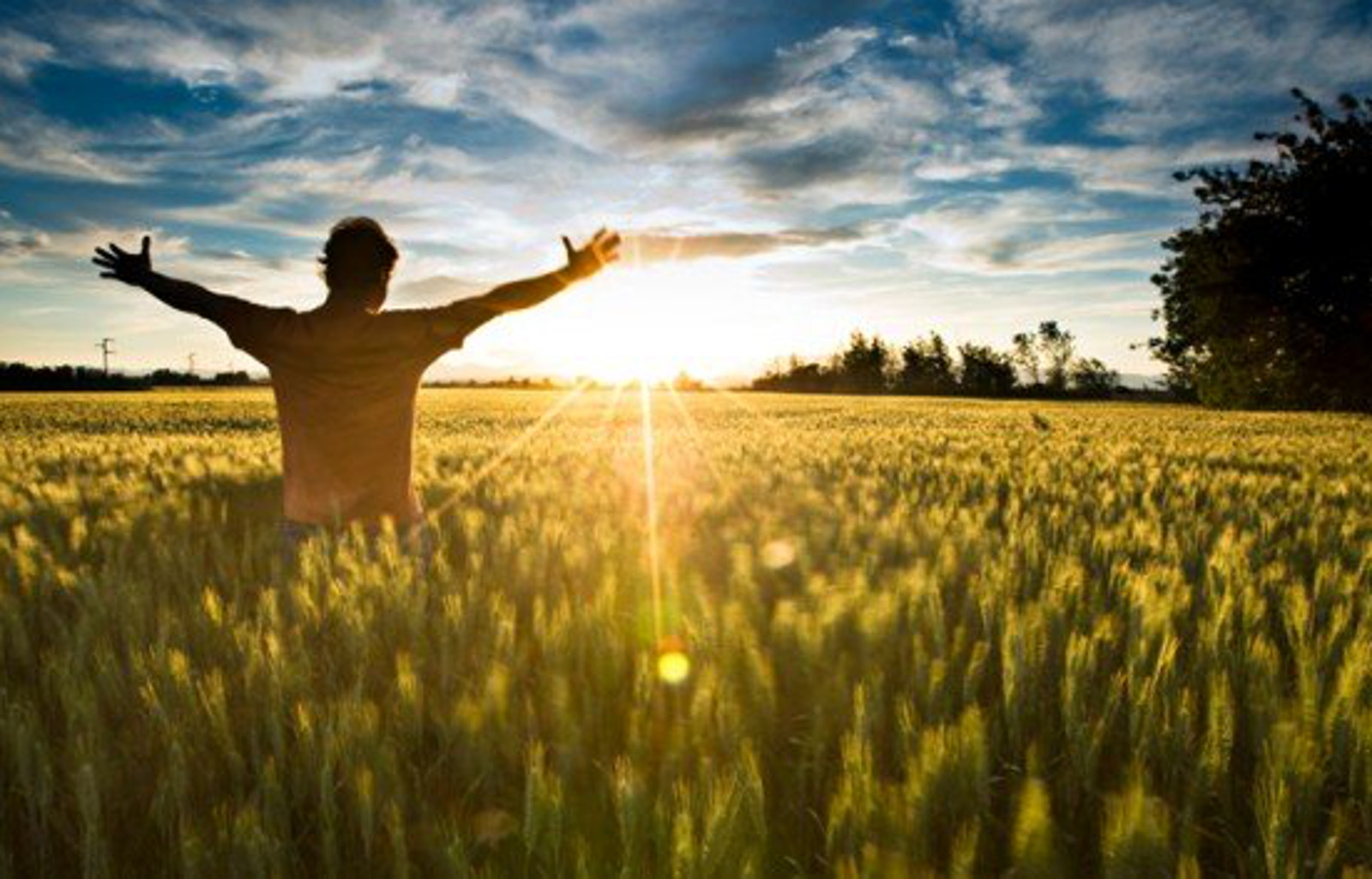 If you’ve been following the news concerning the environment recently, we apologize. If you consider yourself an environmentalist – or generally care about the well-being or future of the planet – then you’re probably feeling a bit discouraged by the latest International Panel on Climate Change (IPCC) report that explains if we continue “business as usual,” the earth is set to warm four degrees by 2100. The current levels of greenhouse gases in the atmosphere are the highest they’ve been in 800,000 years and if the planet warms by another half of a degree our planet will be warmer than it has been at any other point in human history.

Compounded with the midterm election results that have been dubbed a “bloodbath for environmental policy,” you’re likely feeling incredible disheartened and frankly, overwhelmed. We’re simultaneously given the news that we’ll be sent on an irreversible trajectory if we don’t make a drastic shift in our current emissions and environmental policies and told that Congress is now more committed up holding the “carbon status quo” than ever. We think it’s appropriate to say “oy.”

So we’d like to apologize to you, not because of all this terrible news, but because amidst this rainstorm of negativity for environmentalists, no one told you that you have the power to make a difference. If U.S. policy makers aren’t going to drastically cut greenhouse gas emissions (as the IPCC recommends), you don’t have to wait around for the next round of elections, you can make a difference right now. In fact, there are a lot of things that you can do to benefit the planet that can make a bigger dent in our greenhouse gas emissions than waiting for years to pass an effective carbon policy would.

Pick your head up and remember, knowledge is power. Take what you’ve learned and share it with everyone you know. There might be several hundred policy makers in the U.S., but there are millions of people just like you and me.

The United Nations Food and Agriculture Organization (FAO) estimates that livestock production is responsible for 14.5 percent of global greenhouse gas emissions, while other organizations like the Worldwatch Institute have estimated it could be as much as 51 percent. Nature Climate Change estimates that given the global trend towards a diet centered around meat and dairy, food production alone will cause us to surpass global targets for greenhouse gas emissions by 2050. Meaning any additional emissions from burning fossil fuels and other activities will extend far beyond current targets.

Luckily, you play a pretty influential role in this source of greenhouse gas emissions. By taking meat off of your plate can literally half your total carbon footprint. While this would make a huge impact, by eliminating meat a few times also makes a difference! Not to mention If you chose not to eat beef, pork, and chicken for one year, you could save 162,486 gallons of water every year. 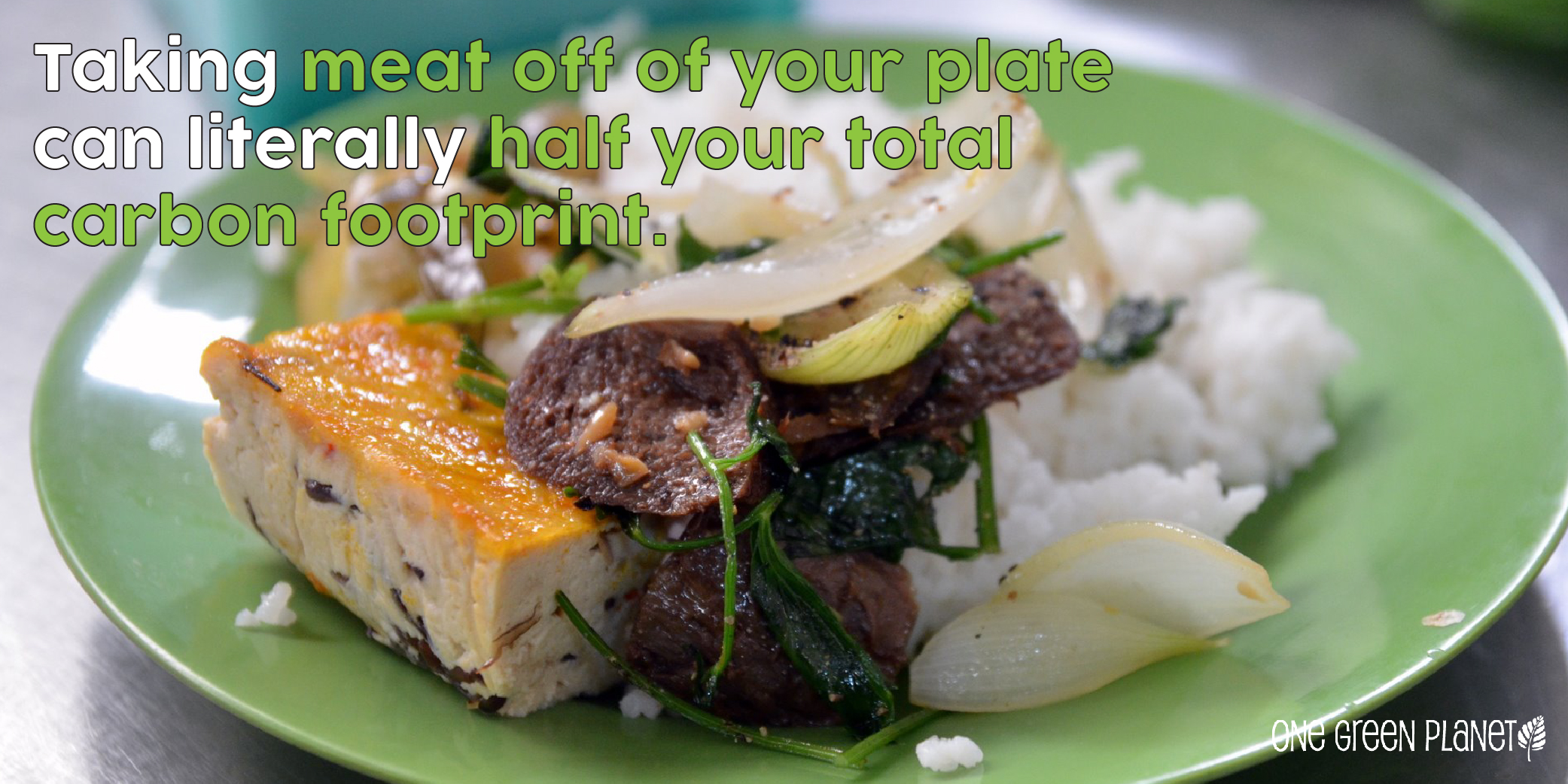 If you thought reducing your consumption of meat made a big difference, you can make an even larger positive impact by minimizing or eliminating your dairy intake as well. The average dairy farm uses 3.4 million gallons of water a day for cows and sanitation. When broken down by your favorite dairy products, that water footprint is equally astounding. Did you know it takes 109 gallons of water to produce a stick of butter? Just think, every time you choose a butter substitute you are saving 109 gallons of water!

What’s even more amazing is the impact you can have on your own carbon footprint. By not eating cheese for one year you can keep 401 pounds of carbon dioxide from being released into the atmosphere. Not too shabby! 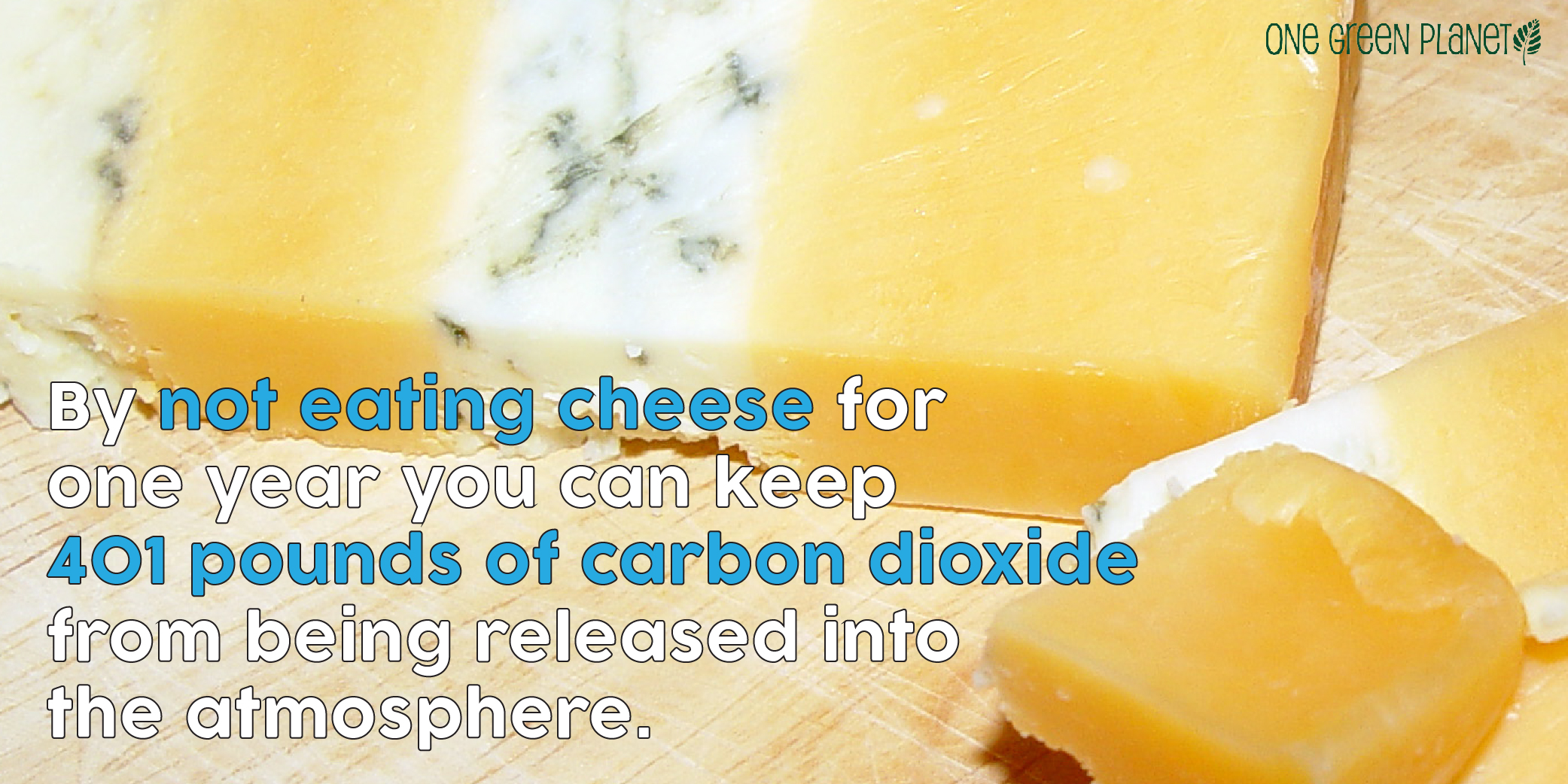 Palm oil has a pretty hefty carbon footprint. Indonesia has the highest rate of deforestation on the planet, due largely in part to palm oil production. This high level of deforestation has caused Indonesia to be the world’s third largest producer of greenhouse gas emissions which is rather shocking considering its small size. Three hundred football fields of forest are cleared every hour to make way for palm plantations. Palm oil can be found in about 50 percent of consumer goods, so make sure that your snacks and household products are not funding this mass deforestation, be sure to check the label for palm oil. Check out this guide to learn how to wean yourself off palm oil and click here for planet-friendly alternatives. 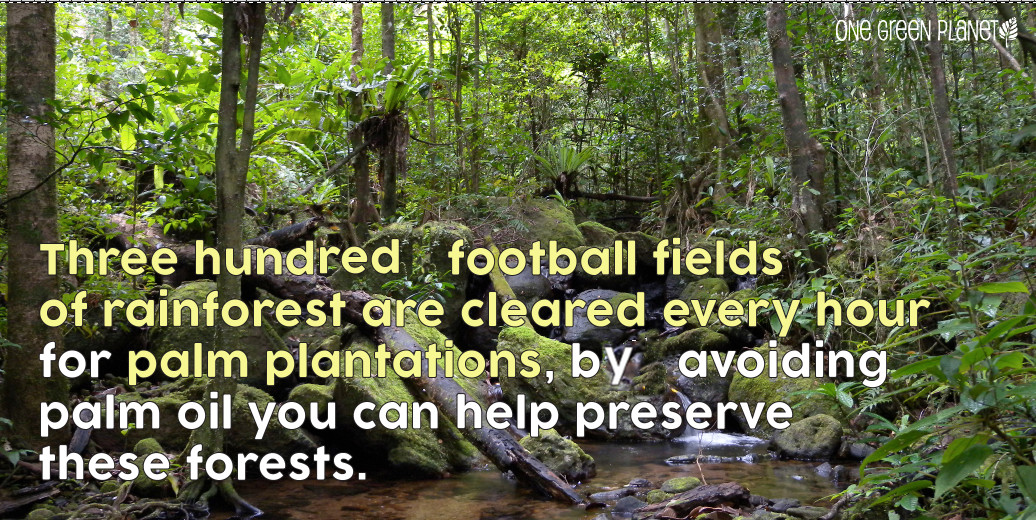 Did you know that the carbon footprint for uneaten food worldwide equals out to about 3.3 GIGATONS of carbon dioxide equivalent? The average family in the U.S. produces 1,800 pounds of greenhouse gas emissions per year from food waste alone. An individual can generate around 440 pounds of emissions! You might want to think twice before you throw out a half eaten apple next time. Uneaten food ends up in landfills, which are notorious for their high methane emissions. By setting up a compost pile or purchasing a composter for your household you can divert organic food waste from landfills and even create amazing, nutrient rich compost for your own garden. 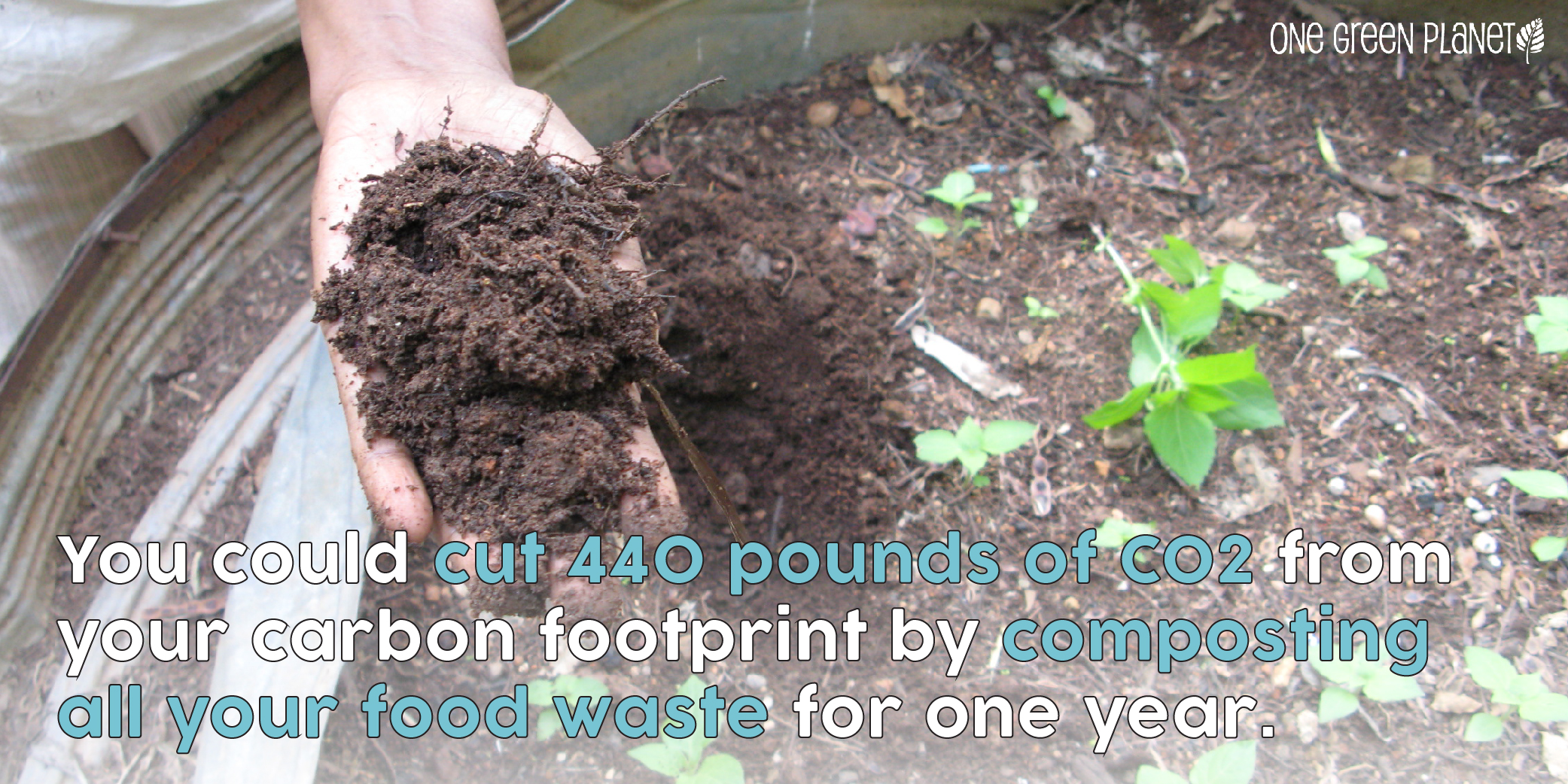 5. Get a Reusable Water Bottle … Seriously.

Cups, napkins, water bottles, straws, coffee pods, you name it, if it comes in a disposable version – avoid it at all costs. In the U.S., it is estimated that 1,500 plastic water bottles are consumed every second. Big deal right? Wrong. If you were to fill up a water bottle about 25 percent, that is the same amount of fossil fuels that were used to produce that bottle. Annually, that equals out to more than 17 million barrels of oil. While this might be shocking, consider the fact that if everyone in the U.S. swapped their reusable plastic bottles for a reusable counterpart it would save the same amount of fossil fuels as taking 1.3 million cars off the road for a whole year. 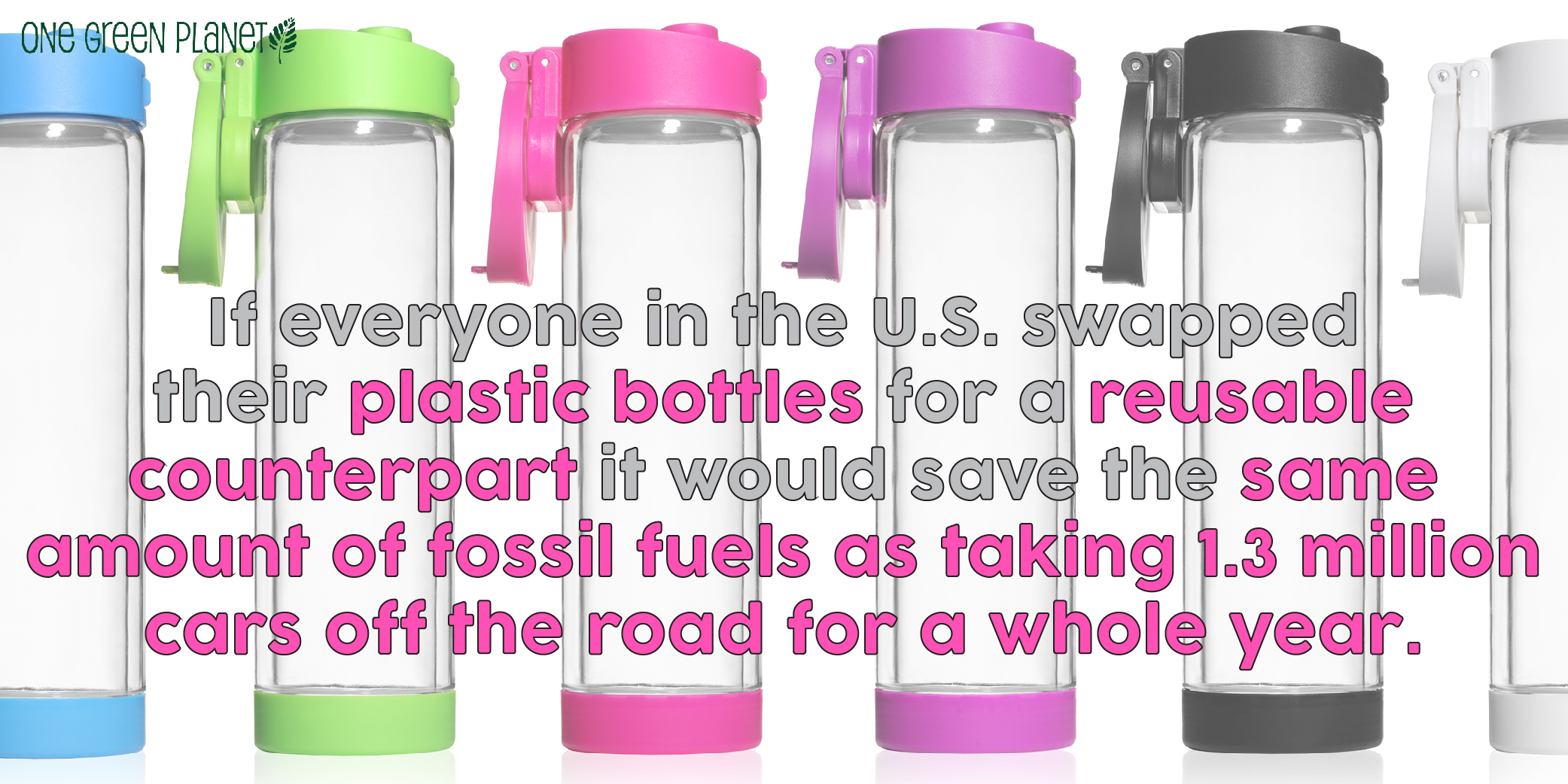 About 95 percent of the energy consumed by cell phone chargers happens when they’re not even in use, but left plugged into the wall. Just because there isn’t anything attached to that charging cable doesn’t mean that it isn’t still sucking up electricity. Energy Star estimates the average household could save $100 a year by unplugging appliances that aren’t in use! To make your life easier, plug all your electronics into a power strip and be sure to turn it off when you leave the room. 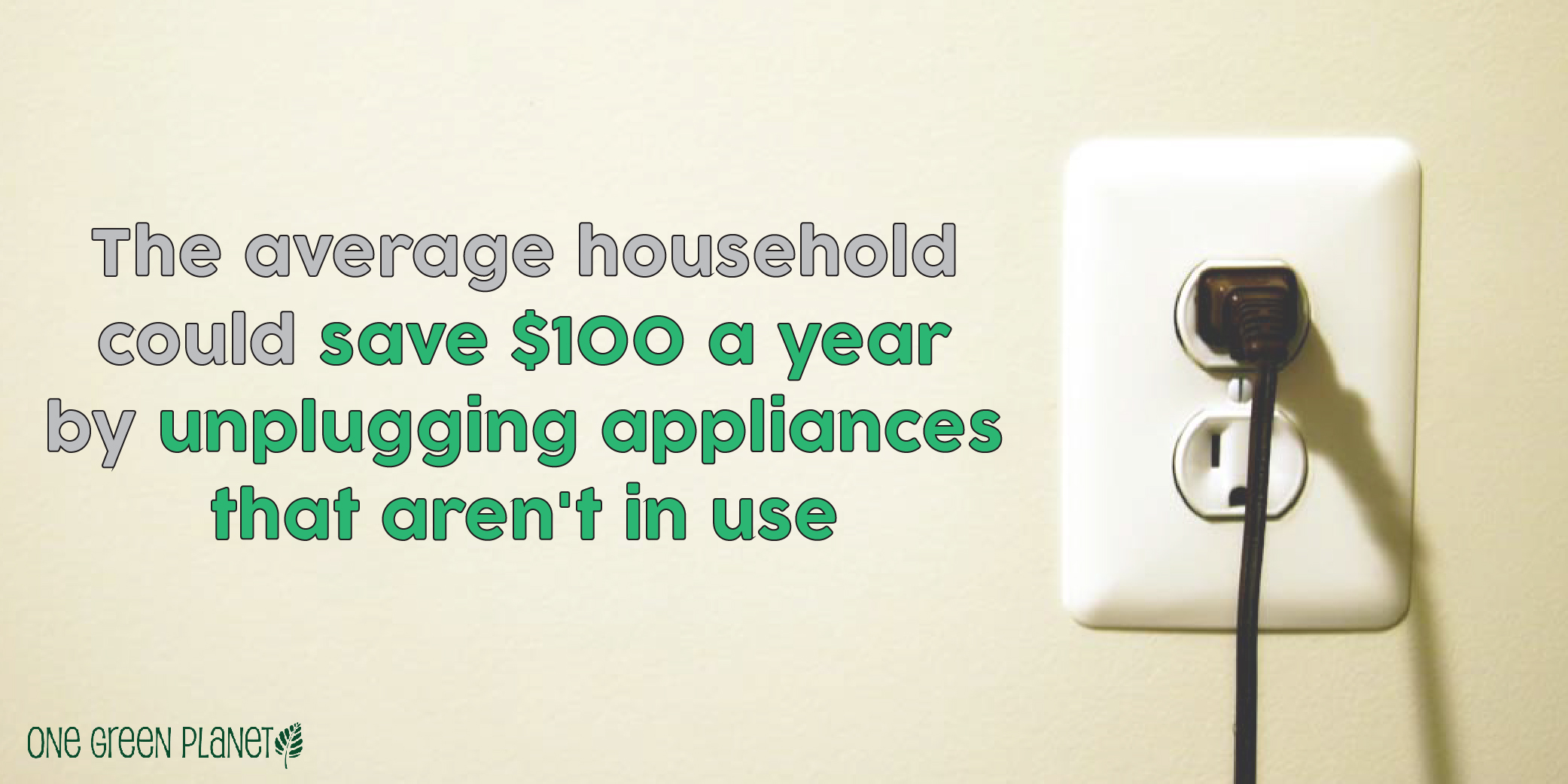 7. Turn the Heat Down ONE Degree

Winter is coming. That means thermostats across the U.S. will be cranking up, causing energy use to spike. Surely you have been told that keeping the thermostat down will save you money during the winter months, but when it’s 10 degrees outside (or there’s a freak polar vortex), setting the thermostat back can seem like cutting off an arm. But, did you know that if you just pushed the thermostat down one degree lower than your usual temperature you can save a ton of energy? If everyone in the U.S. pushed their thermostats back by a single degree, we could cut our combined energy costs by $10 billion. That’s $10 billion less in the pockets of coal and natural gas producers … we’d say one degree is worth it. 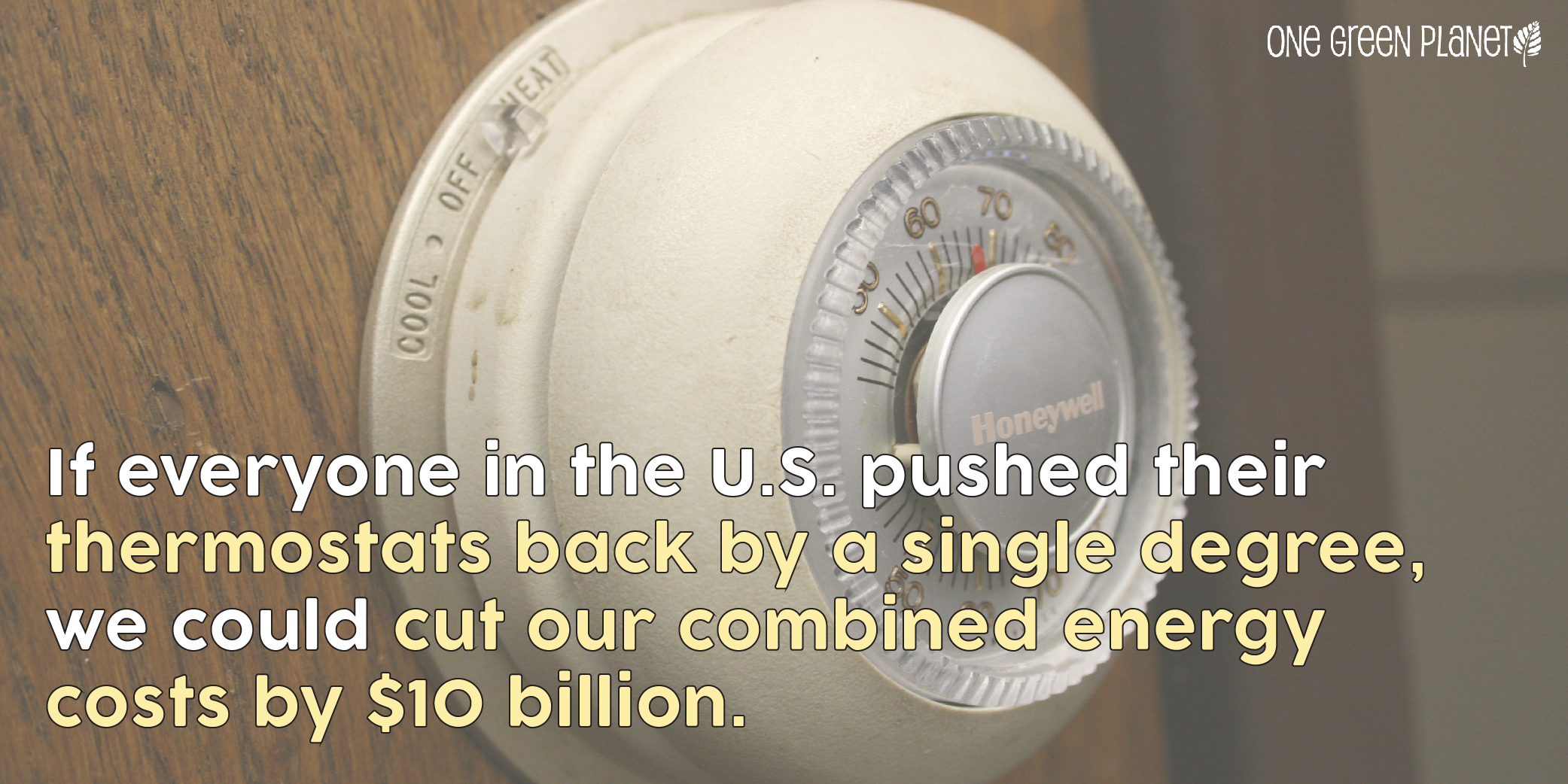 The environmental benefits of washing clothing in cold water is nothing new, but if you still haven’t jumped on the cold water wagon, we would really advise it. Not only does cold water washing keep clothes from shrinking and bleeding – leading you to buy more clothing (which also is not helping your environmental footprint), but it save 90 percent of energy use over hot water. If every household in America switched their laundry cycles to cold water, we could save the equivalent of 100,000 barrels of oil every day! 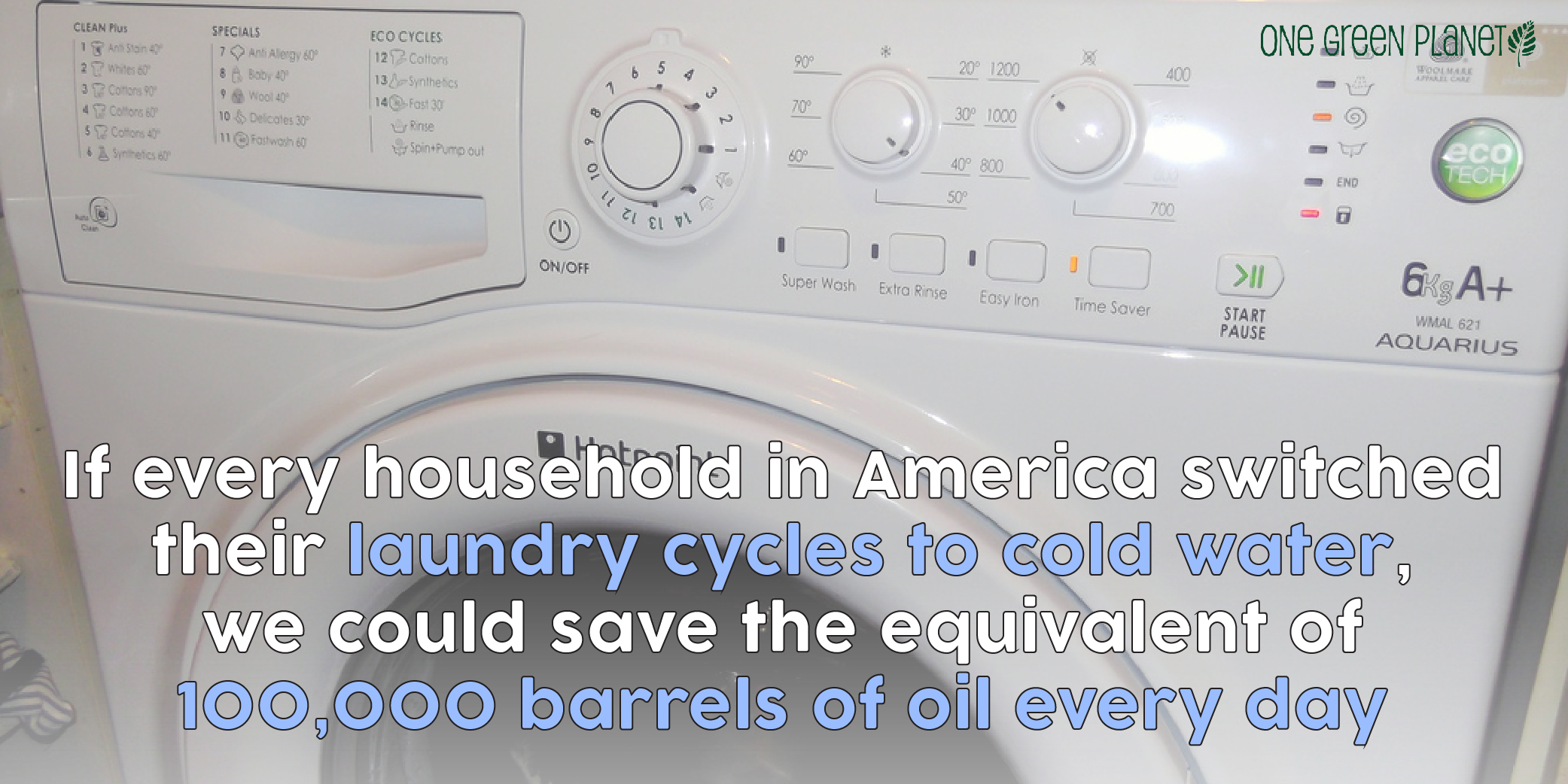