Heartbreaking Story of the Dog Who Started a Movement Teaches Us to Adopt, NEVER Shop 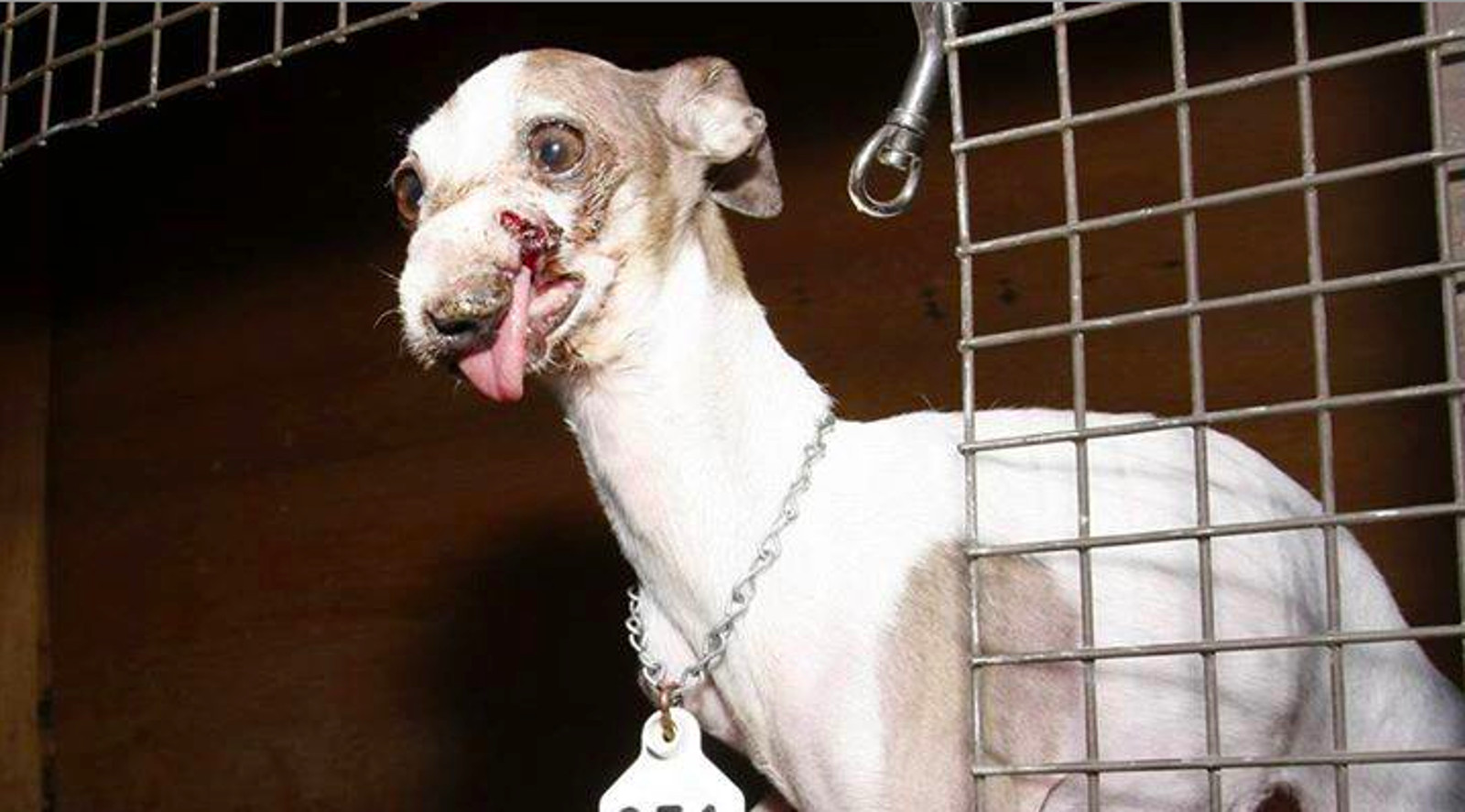 We advise you to have your hankies prepared for this one, Green Monsters. National Mill Dog Rescue (NMDR) recently shared the story of Italian Greyhound Lily, who inspired founder Theresa Strader to launch her movement … and it is a tale that could move even the most hard-hearted person to tears. Before Strader saved her from her hell, Lily was one of the nameless, faceless victims of the U.S. puppy mill industry, wearing only an identification tag which bore the number 251.

Puppy mills are large-scale commercial breeding facilities that operate with the sole aim of turning a profit. They are run on a factory model, whereby the health and welfare of the dogs they keep is seldom considered in any meaningful sense, unless it helps the owner to generate more money. The dogs are typically kept in small wire cages that they must share with several other dogs. Lack of space, poor hygienic standards, rampant inbreeding, and inadequate nutrition makes ill health commonplace amongst the dogs. Dental problems, severely matted fur, eye and ear infections, and genetic deformities such as cleft palate or an overly large underbite are frequently discovered in dogs who have been rescued from such places. Needless to say, these unfortunate animals are not the ones breeders decide to show to the public. Only the cutest puppies are considered worthy of being put up for sale, while the rest have to remain in cages, being used as breeder dogs until their “productivity” declines … at which point they are usually killed.

This could have been sweet Lily’s fate. 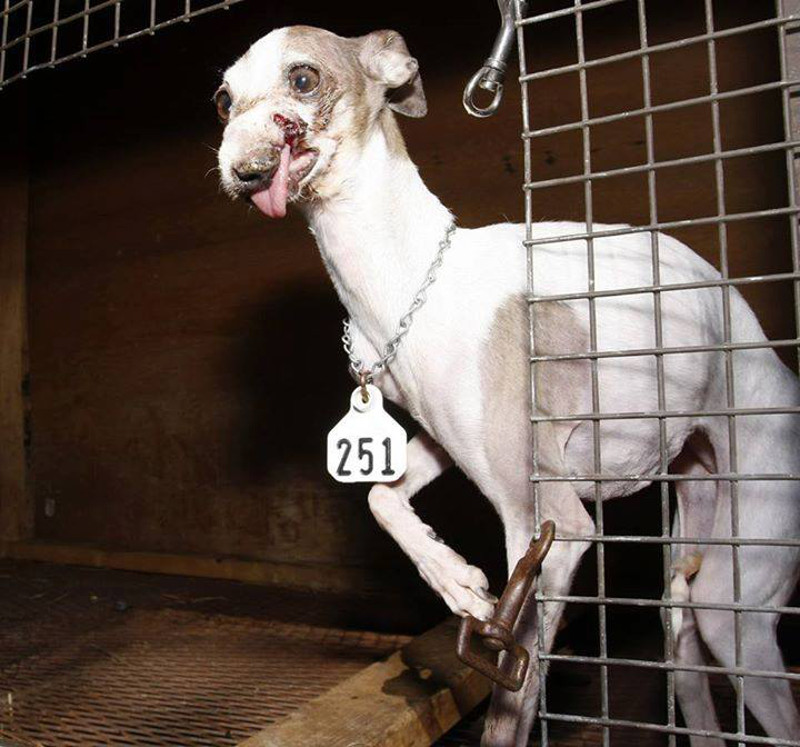 Strader first heard about Lily after she received an email in February 2007 with the subject line: “50 Italian Greyhounds in need.” As an avid dog lover, eager to help, she decided to go along to the auction where the greyhounds were being sold … but she was completely unaware of what lay in store. In an impassioned letter she later wrote to Lily’s breeder, Strader said, “What I witnessed on your property was far from humane. Hundreds of terrified ailing faces, imprisoned in their wire confines, some staring at me, but most too fearful to look into my eyes, so unsure of how to interpret human contact. That experience has caused me many sleepless nights and to this very day, the sadness and the fear in their eyes haunts my very being. I am completely aware that you were operating well within USDA standards – what a despicable thought that is.”

Theresa ended up taking Lily into her home that day, promising that she would “shower her with love until the day she died.” Lily lived for another fifteen months, and during that time, she finally had the chance to experience what it was to be loved, not treated as a breeding object. Strader was happy to report that in spite of her “many health issues and extreme fear, in time, with lots of love and carom she found her courage and when she did, no one was immune to her love. Men, women and children (were) brought to tears to hear her story and to have the untold pleasure of meeting her.” However, due to the mouth deformity she had been born with, Lily was never able to eat properly. She passed away on May 13, 2008.

Lily’s story is truly tragic, but she inspired Strader to fight on behalf of all dogs like her … and in that sense, her legacy lives on for the many desperate, ill, and heartbroken dogs who have been saved by NMDR over the years. During 2015, the organization rescued over a thousand dogs and helped hundreds of them to find loving forever homes. However, the torment of knowing that they cannot save every puppy mill dog they see weighs heavily on the minds of staff and volunteers. “Sadly, we regularly continue to witness the effect that puppy mill life has on our best friends,” Strader said. “Many nights, we go to bed with heavy hearts – worried about the dogs we can’t save and outraged that the commercial breeding industry gets away with such extreme neglect.”

To learn more about NMDR, check out their website or Facebook page. You can make a donation to support their work here. And if you want to know how you can help put an end to abusive puppy mills, look no further than the articles below.