Every Dog Lover Should Read This! An Inside Look Into The Dark Walls of Puppy Mills 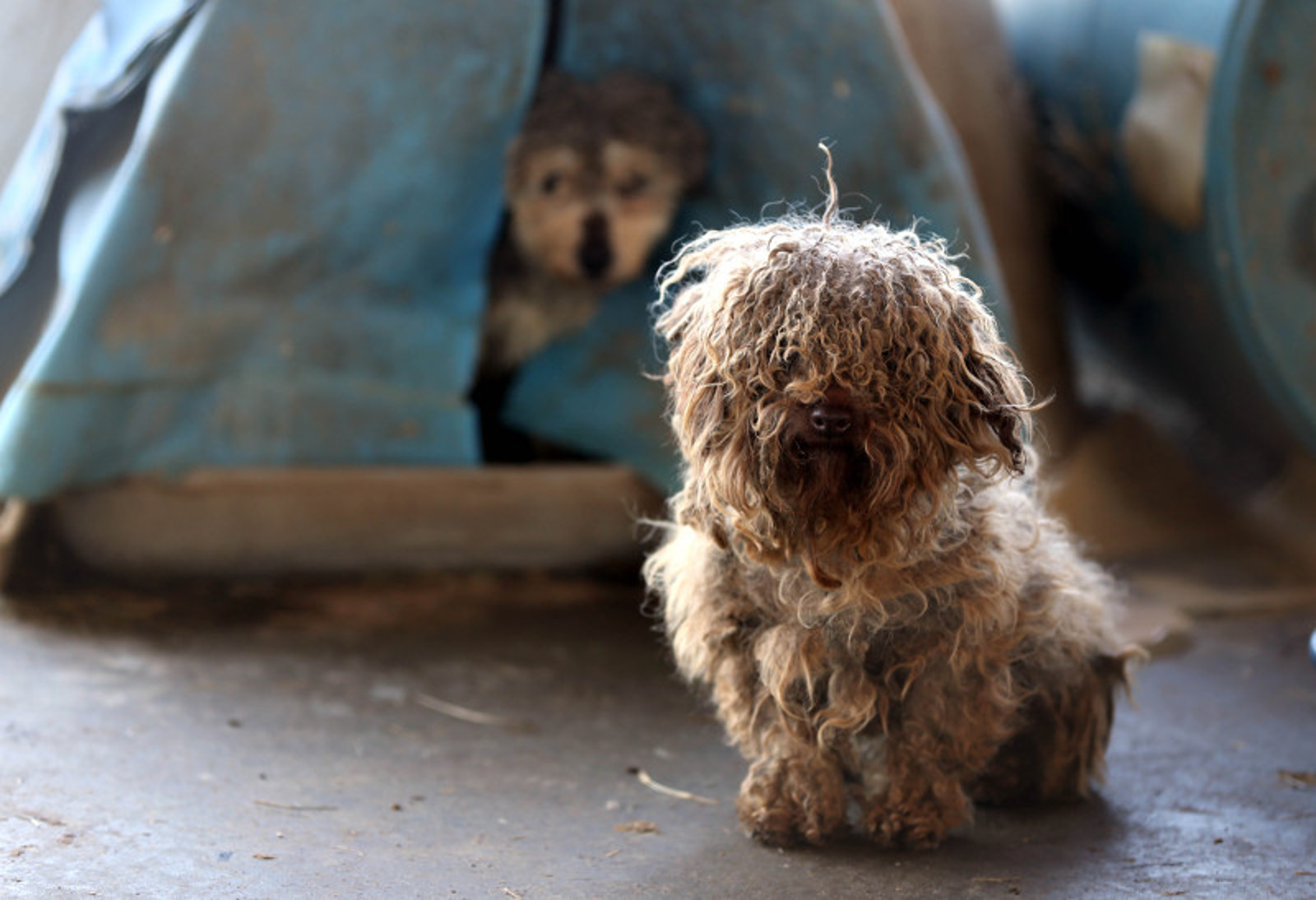 Puppies are probably the cutest beings on the planet. With their clumsy paws, wide eyes, and big hearts, it’s easy to understand why everyone gushes over these babies. Because they are sweet and fun to be around, many people like to buy them for their families.

Many, however, have a dark past. Puppies that are bought from pet stores almost exclusively come from large-scale commercial dog breeding operations, also known as puppy mills.

There are between 2,000 and 3,000 USDA-licensed breeding facilities (puppy mills) in the United States, “however, this number does not take into consideration the number of breeders not required to be licensed by the USDA or the number of breeders operating illegally without a license.” The size of these facilities vary from having only a few breeding dogs to having a thousand.

What is pretty consistent, however, is the life these dogs lead. Rescuers have found time and time again, puppy mills filled with feces, over-bred mothers, and diseases running rampant.

In puppy mills, urine and feces is the name of the game. Dogs are typically kept in wire cages or hutches. In theory, this allows feces to drop from the cage to the ground, but often times, cages are stacked on top of each other, which means the feces falls onto the dogs below. According to the Animal Rescue Corps, “Feces often cakes cages so heavily it becomes the only solid surface on which they can stand.” The puppies who do have floors don’t have it much better. As they lie on the floor, uric acid, from urine build-up, burns their skin and paws, while the ammonia causes respiratory problems.

These unsanitary living conditions attract bugs and rodents, leading to infectious diseases. Even their food and water are contaminated, if there is any at all. Water typically has algae, urine, and feces while the food is infested with mold and maggots.

Rarely are these dogs ever released from their cages for play, exercise, or socialization. On rescue missions, rescuers have found the latches on some cages are rusted shut, which means the puppy mill owners aren’t even opening the cage to put food in, instead pushing it through the wire.

Though wire cages are pretty standard, there are puppy mill owners who keep the dogs in windowless “breeding boxes” where they are forced to deliver and care for their puppies. These boxes are typically smaller than the already tiny wire cages.

Female dogs are bred about twice a year until they can no longer produce puppies. Most of them are bred far too early, before it is safe. Not only is this stressful on their bodies, but it also causes immense emotional stress. Though the mothers do get to nurse their babies, the weaning process is generally forced too soon, causing “emotional trauma to both the mother dog and the puppies as well as health problems in the puppies.” According to the ASPCA, this trauma can cause a whole host of behavioral issues from shyness, aggression, fear, and anxiety.

Though it might seem minor, one common injury found in puppy mills is overgrown toenails. Dogs that are well-cared for in shelters and homes have their nails trimmed on a regular basis, and regular exercise also wears them down. In puppy mills, long nails can grow or get get caught around the wire, trapping the dog, or they can grow painfully back into the dog’s skin. This just goes to show that the most basic grooming practices are severely neglected.

Because they are confined to such small cages, their fur mats catching urine and feces in the process. This excess of matted fur make the dogs looks bigger than they actually are, and once they are shaved, their emaciated bodies are revealed. With infested food, it’s clear that the dogs aren’t being fed with any sort of regularity.

Not only do these unsanitary conditions contaminate their food sources, but they infect the dogs themselves. Most of these dogs aren’t give the necessary medication or a doctors visits. It isn’t uncommon for them to go undiagnosed and untreated. The puppies that are ultimately sold to consumers are commonly sick before they even arrive at their forever homes, and sadly, some die shortly after they are purchased and brought home.

Death is all too common on puppy mills. Many sick and untreated dogs die in their cages. Mother dogs, who can no longer breed, are killed in a variety of ways. Because they no longer profitable, puppy mill owners kill them. “They do it themselves, often on their property, by starving, drowning, shooting, beating, or burying the dogs alive.”

Not only are the dogs living on puppy mills faced with death, but the constant breeding and purchasing of new puppies also contributes to the death of perfectly healthy dogs living in shelters across the country and the world. Every time a puppy is bought from a puppy mill, a shelter dog is missing out on the chance of a forever home.

What You Can Do?

Don’t be fooled by websites of happy dogs playing in the fields of grass and kissing children. Puppy mill owners will also advertise online or in local newspapers. Before purchasing a puppy (and we strongly urge you not to purchase at all), ask to see their facility. If a pet store isn’t willing to provide you with the breeder’s contact information, and if the breeder won’t let you personally visit their facility and meet the puppy’s mother, then you know you’re dealing with a puppy mill owner, then

The best place to find a canine companion is the shelter. Why pay someone to bring more dogs into the world when there are already millions who are homeless? Adult dogs make just as wonderful family members as puppies and are just as deserving of forever homes. If you still feel a puppy is for you, pet shelters are still the place to go. Most shelters have puppies at some point, as they will be up to date on their vaccines. The idea is to adopt from a shelter looking to do good for the animals in need, not to shop from someone looking to fill their wallet at the animals’ expense.

If you want more ideas on what you can do to stop puppy mills, check out this One Green Planet article. And if you need to see some happy endings, check out these videos of 5 Amazing Puppy Mill Rescues.