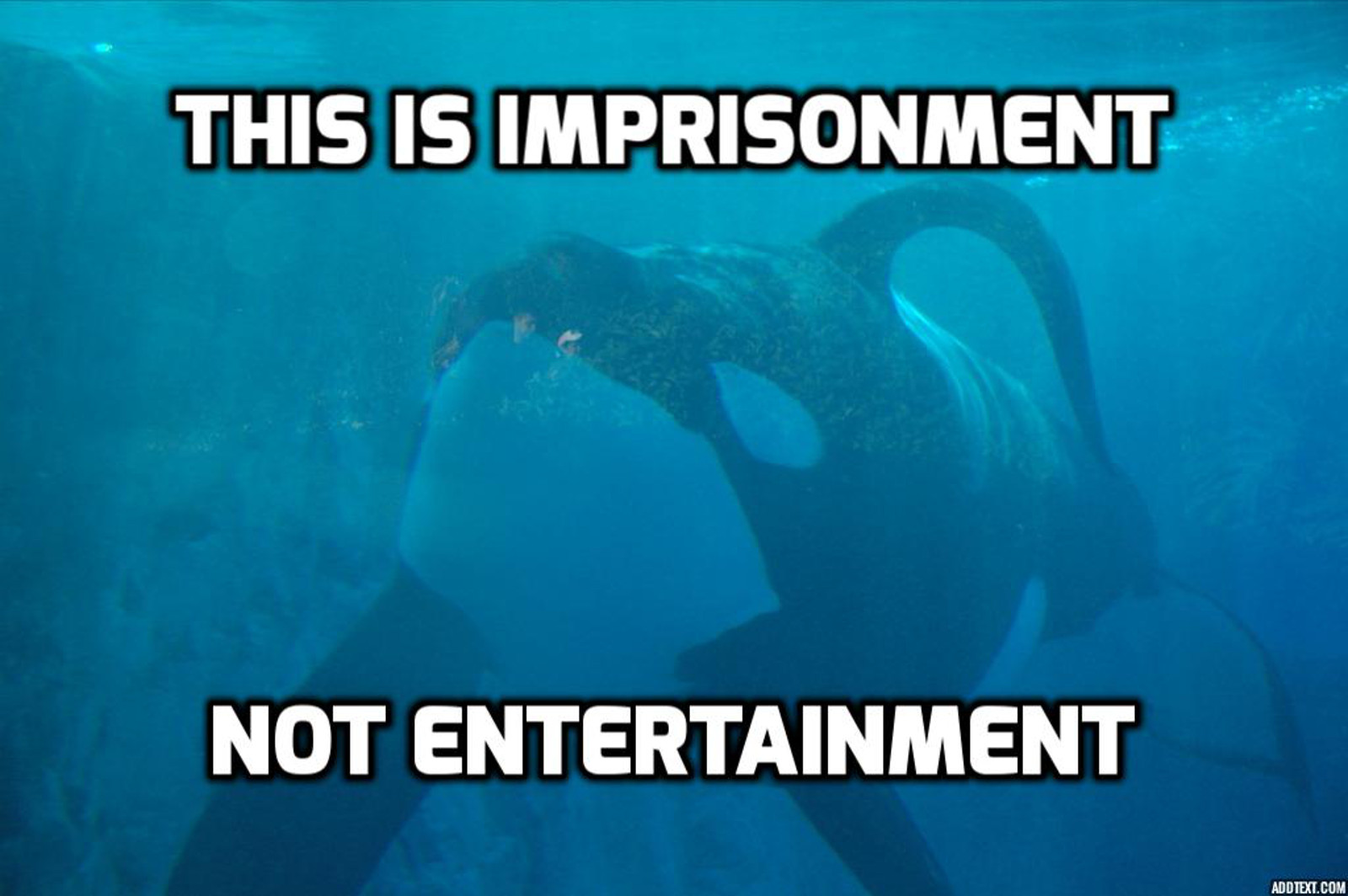 Documentaries have an incredible ability to tell a story while making a real difference in the way that people think about the issue on focus. This fact goes without saying, however, among the many documentaries that surface every year, only a select few are able to maintain a wide reach, engaging audiences across the world and to ultimately reach their goal of making a real change.

When speaking about marine captivity issues, two such documentaries come to mind for their ability to transcend the silver-screen, make a real change in the hearts and minds of all who watched, culminating in real tangible change for marine life: the documentaries to which I am referring, of course, are “The Cove” and “Blackfish.”

You would be hard pressed to find a single person who has viewed either of these films who could not say that, after watching, their views on the issue didn’t change, even by just a little bit. While it is wonderful that these films have been able to change minds, that is not where their reach ends. In addition, these documentaries have both set off a domino chain of change. As an activist of any sort, you know that change does not always come easily or quickly, but when you step back and examine the ripples caused by these films there is no denying that change is surely coming.

Worldwide, between 45 and 50 million people have seen “The Cove,” and over 60 million have seen “Blackfish” and numbers continue to grow as distribution deals reach other countries.

When “The Cove” first debuted in October 2009 at the Sundance film festival, Oceanic Preservation Society, the organization behind the film, along with director, Louis Psihoyos and producers, Fisher Stevens and Paula DuPré Pesman, changed of our perception of the Taiji dolphin hunts and the way we view captive cetaceans. By the following July, Croatia’s State Institute for nature Protection had enacted regulations banning cetacean captivity for commercial purposes.

In addition, reports testing the levels of mercury in hair samples of Taiji residents showed numbers 10 times the national average for Japanese people. The effect saw a drastic drop in the sale of whale meat in Taiji, leading animal activists to question why the hunts were continued, further exposing the lie that the hunts are in fact not part of a cultural tradition. Even the Japanese press has openly spoken out against the hunt.

In 2010, Cyprus banned the import of cetaceans, while the Solomon Islands banned their export.

As the film continued to gain prominence, the scope of change began to expand. In 2011, PETA filed their first lawsuit against SeaWorld on behalf of 5 wild caught orca whales on the grounds that they were being subjected to involuntary servitude, a violation of the 13th Amendment of the U.S. Constitution.

In the years leading up to the release of “Blackfish,”  Greece and Switzerland debuted bans on dolphin captivity while other waves of improvement for not only captive cetaceans, but all captive animals began to take off.

“Blackfish” in January 2013 and the impact of this film is still felt as readily today as upon release. Drawing the public’s eye to the hidden agenda of SeaWorld and the secret, torturous lives of the animals begin held captive there, director, Gabriela Cowperthwaite and producer, Manual Oteyza, started a conversation that has since amplified into a full yell.

Showing the world that captivity is not only detrimental to the animals, ripped from the wild and forced to live in a pool the size of a bathtub, but also the trainers, the very people who devote their lives to caring for these animals at great personal risk, “Blackfish” exposed SeaWorld as the cruel, profit driven organization it has always been. In addition, this film introduced the world to the complex and dynamic social and emotional lives of orca whales, causing us to empathize with their plight.

The resulting action has been monumental. While the fight against marine parks is hardly over, it has advanced leaps and bounds largely because of the popularity of this film.

Today, dolphins are considered non-human persons in India, OSHA is holding SeaWorld accountable for their gross misconduct, and a number of airlines have now banned the transport of captive cetaceans.

Not to mention, SeaWorld has reported a loss of $272 million in revenue as more and more consumers learned how attending marine parks contributes to the capture and slaughter of marine animals. And the ultimate measure of change, even the U.S. government is beginning to take sides on the issue—in March 2014, California State Assembly Member, Richard Bloom,  introduced the Orca Welfare and Safety Act. Going a step further, Congress unanimously passed an amendment requiring the USDA to research the effect of captivity on orcas and other large marine mammals to develop new regulations to update the Animal Welfare Act to protect these animals (SeaWorld naturally called this plan a “waste of taxpayer money“. In addition, a formal lawsuit has been filed against the Taiji Whale Museum on behalf of “Angel,” the captive albino dolphin.

Above all, the most powerful effect a documentary can have is to change the presumed mindset about an issue. Without a doubt, this very tangible indicates that minds have been changed and the incredible people working to right these wrongs will not rest until every sentient being is given the freedom and respect they deserve.

While this goal may still be a ways off, there is no taking back all that has been done up until now, and no telling what further improvements we will see in the near future. Until then, remember all that has been accomplished and keep fighting! And who knows, maybe one day there will be a film documenting the movement that forever changed the way we treat cetaceans and other captive animals.